Accessibility links
Trigger Warning: College Professors Debate The Value of Advisories : Code Switch "If I can prevent that kind of pain from happening in the classroom by simply alerting students to that kind of language before it gets sprung on them, why wouldn't I do that?" 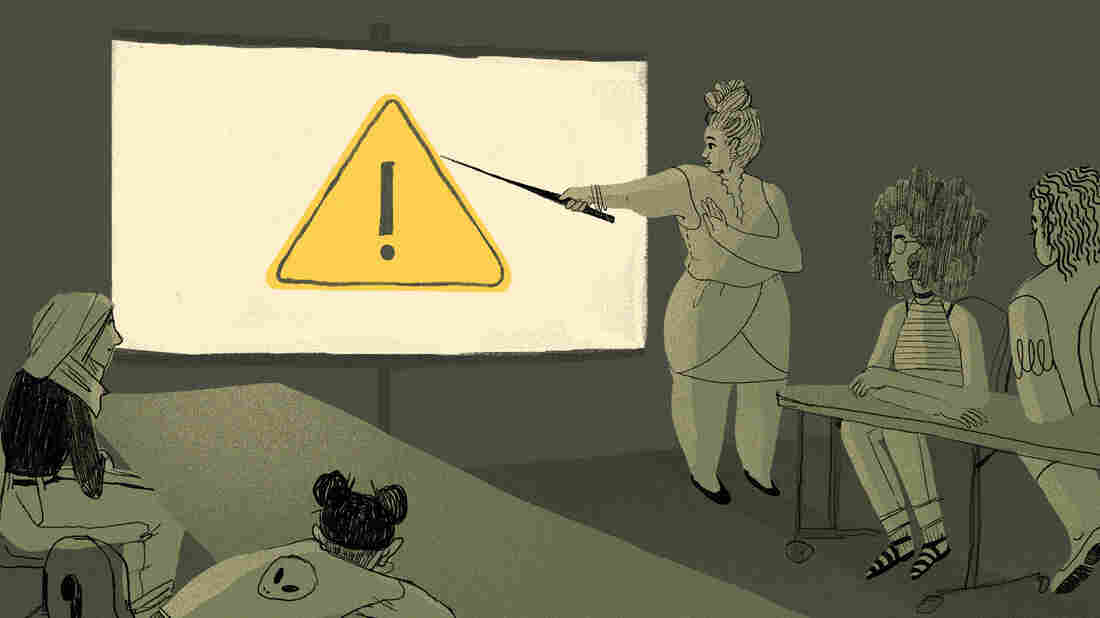 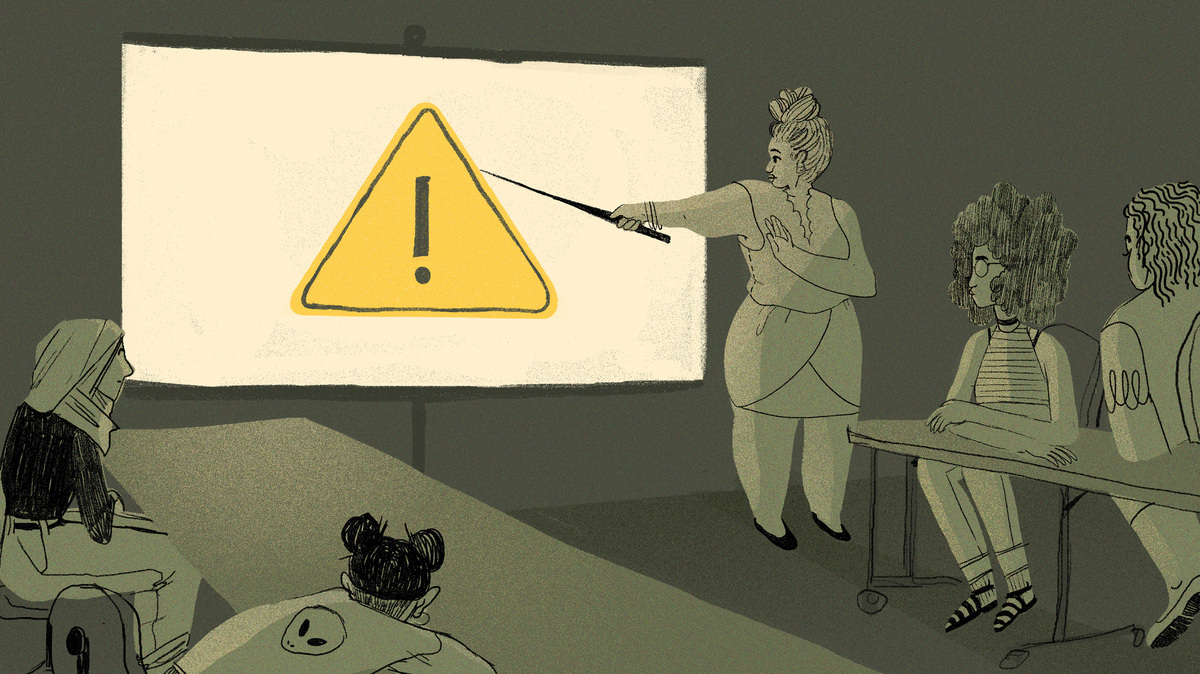 Trigger warnings, the heads-up that college professors give to students to let them know disturbing content is coming, have gotten a lot of attention as the school year has unfolded. When a University of Chicago dean wrote a letter to incoming freshmen this fall rejecting the idea of those warnings, it sparked a nationwide debate on the use of advisories in the classroom.

Our colleagues at NPR Ed recently reported on their survey of more than 800 faculty members at universities around the country, asking about their use of trigger warnings. The team learned a couple of significant things: About half of the professors said they've used a trigger warning before introducing difficult material, and most said they did so by choice, not policy or student request.

University Of Chicago Tells Freshmen It Does Not Support 'Trigger Warnings'

University Of Chicago Tells Freshmen It Does Not Support 'Trigger Warnings'

In this week's episode of Code Switch's podcast, Gene Demby and Shereen Marisol Meraji talked to NPR Ed's Anya Kamenetz about trigger warnings. Then we asked college professors on Twitter and beyond to give us a sense of how this is playing out in the classroom.

Ismail Muhammad, a professor at the University of California, Berkeley, said he wasn't always a fan of trigger warnings. Then he screened the 1974 film Chinatown for his Film and Literature of Los Angeles class last fall. He distinctly remembers one Asian-American student's reaction.

"I saw his face, kind of, turn sour," Muhammad said. "I could tell he was very uncomfortable and genuinely hurt. To me, it was just a moment where I was like, 'If I can prevent that kind of pain from happening in the classroom by simply alerting students to that kind of language before it gets sprung on them, why wouldn't I do that?' "

Here's part of the warning in Muhammad's syllabus:

"Content Notice: This semester our objects of study deal with issues like race, class, gender, sexuality, bigotry, and violence. As a result, this class will be a space to think deeply about explicit and, in some cases, disturbing texts ... "

Meredith Loken, a Ph.D. student and professor at the University of Washington in Seattle, includes a note to students that she credits with creating an environment for them to excel.

"My experience is that if you give students that space and you give them that information," Loken said, "they absolutely rise to the occasion."

She tweeted us an excerpt from the syllabus of her Sexual Violence, Justice and the Law class:

"This course is about sexual violence. We will be discussing rape and other forms of sexual abuse in class and you are expected to complete assignments concerning these topics. Some of the readings and films for this course are graphic and include narrative, testimony, and descriptions of sexual violence ... "

-- Meredith Loken, doctoral student at the University of Washington

Like the University of Chicago dean, not all the professors we heard from were on board with this idea. Jack Halberstam, a professor of American studies and ethnicity, gender studies, comparative literature and English at the University of Southern California, poses a counterargument. Far from fostering learning, he said, trigger warnings "get in the way of teaching."

"Too many warnings about content," he wrote, "can also simply give the punchline too quickly, spoil the plot, lift the suspense and generally render teaching and learning dull affairs."

Steven Hammer, a professor at Saint Joseph's University in Philadelphia, falls in the category of the converted. His class is Advanced Web Audio & Video Production; some tough issues arise in the videos.

"I will assign and ask that we discuss works that address and/or contain strong language, violence, sexual content, racial and gender inequity, and other representations that may challenge or trigger you."

"I haven't often used these warnings," he said in an email to Code Switch, "but did decide to do so this semester because we will be watching some pretty intense videos. I'm glad I did: I've already received emails this semester from two students who wanted to let me know that specific content (sexual violence and war-related violence) is typically quite difficult for them based on their experiences.

"We took a few minutes to talk about the content and I was able to explain what I wanted them to take away from the work so that they could still participate in class. I can't tell you how glad I am that I opened that space by writing a few lines on a syllabus."