Accessibility links
Black-White Wage Gap Can Be Explained In One Word: Discrimination : Code Switch A new study found that a major reason for the gap in wages between black and white workers is what's left over after controlling for variables like education and experience.

Racial Disparities In Wages Boil Down To Discrimination

Racial Disparities In Wages Boil Down To Discrimination 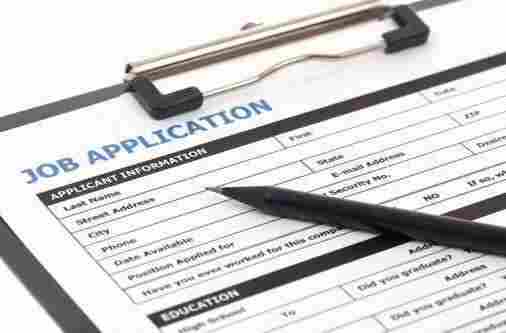 The discrimination that weighs down black people's wages begins before they're hired and continues long after. rukxstockphoto hide caption

Racial discrimination, it seems, is like the salt that's left in a pot after water boils away — much easier to identify in the absence of the other things.

That was one of the big takeaways from a report released this week by the Economic Policy Institute, a think tank in Washington, D.C. Researchers were studying the longstanding black-white wage gap, and their findings were grim: The distance between what white Americans and black Americans earn is larger than it's been in almost 40 years.

I talked to Valerie Wilson, who analyzes race and the economy for the institute. She told me that the wage gap has grown and shrunk over the years and has lingered in both boom and lean times. While it once varied by region — smallest in the Midwest and largest in the South — the gap is now more or less uniform across the country. It's been a chronic blemish on our economy.

And the major reason, Wilson said? Not education. Not work experience. Not whether you live on a farm or in a downtown apartment complex. It's discrimination, and it's borne out in the data.

I was curious when she said this. How would you even measure discrimination when the people doing it don't tend to advertise it, and the people being discriminated against often don't know it's happening? How do you detect something that is essentially invisible?

"The way that we measure discrimination in this report," Wilson said, "is that it's the portion of the gap that remains after we control for all the other factors that would reasonably influence one's earnings."

Here's the crux of the matter via the report:

"During the early 1980s, rising unemployment, declining unionization, and policies such as the failure to raise the minimum wage and lax enforcement of anti-discrimination laws contributed to the growing black-white wage gap. During the late 1990s, the gap shrank due in part to tighter labor markets, which made discrimination more costly, and increases in the minimum wage. Since 2000 the gap has grown again."

The researchers didn't try to describe the ways widespread discrimination caused the wage gap, but we have some ideas. There's the much-cited 2003 study where applicants with resumes boasting "black-sounding" names — Lakisha, say, or Jamal — were less likely to get callbacks for jobs. And then there's this 2014 study by three prominent economists that analyzed the job searches of nearly 5,200 newly unemployed people in New Jersey:

"First, black job seekers were offered significantly less compensation than whites by potential new employers. Second, blacks were much more likely to accept these lower offers than their white counterparts."

Interestingly, the economists also found that the racial gap in pay narrowed over time if employees stayed at the same company; that is, once the company became more comfortable with those black hires. But that also means that black folks have to stay with one employer longer to catch up with the wages of their white coworkers.

That finding dovetails with data from the EPI study, which pointed out that black college graduates enter the workforce making less than white college graduates. Taken together, black people are starting their work lives with potential employers deciding whether their names disqualify them, with fewer job prospects and with lower entry-level wages. Discrimination, then, is part of the experience of black workers long before and long after they're hired.

Discrimination, then, is part of the experience of black workers long before and long after they are hired.

Wilson said that the degree of wage discrimination in the labor market fluctuates. In harder times, she said, it's easier for employers to offer black people less.

"When the economy is in a weakened state, quite frankly, discrimination is less costly [to the employer] because there are more available workers than there are available jobs," she said, "and plenty of [people] employers could hire for lower pay," Wilson said.

But in a flush economy like that of the mid-1990s, discrimination actually worked against employers. When the competition for hiring workers was steeper, Wilson said, the wages for everyone, including black folks, had to creep up. Perhaps not coincidentally, the researchers noted that anti-discrimination laws were being enforced more consistently when the economy was stouter and the wage gap was at its smallest.

Wilson told me that some recent proposals meant to reduce the gender wage gap, which has been a recurring subject in the current presidential election cycle, would also make a dent in racial disparities. She pointed to a recent proposal from the Equal Employment Opportunity Commission that would require employers to report what they pay workers by race, ethnicity and gender.

That idea wouldn't be nearly enough to end all the ways discrimination dampens pay, but it might give us a much clearer sense of of just how much salt is in the water.