Accessibility links
Personal Essays About Casual Racism With Friends And Family Members : Code Switch What do you do when a friend or loved one talks about race in a way that makes you cringe? Karen Good Marable, Aaron Sanchez, Robyn Henderson-Espinoza and Channing Kennedy tell us how they reacted.

Listen to this week's episode

Hear Something, Say Something: Navigating The World Of Racial Awkwardness

Listen to this week's episode 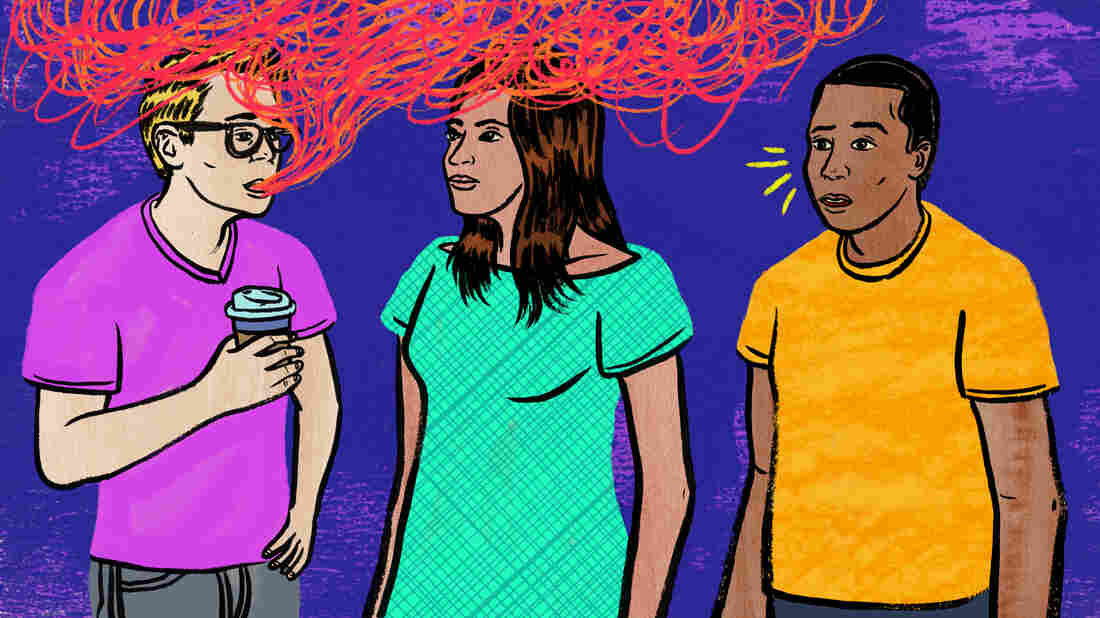 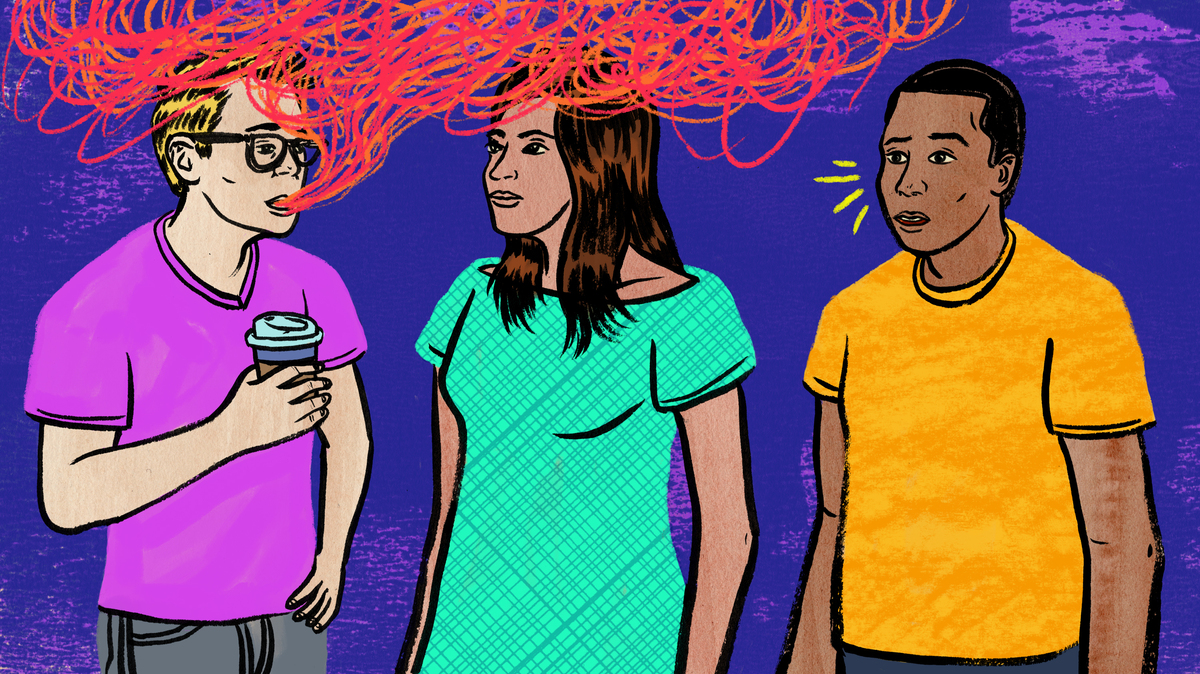 We've all been there — having fun relaxing with friends and family, when someone says something a little racially off. Sometimes it's subtle, like the friend who calls Thai food "exotic." Other times it's more overt, like that in-law who's always going on about "the illegals."

In any case, it can be hard to know how to respond. Even the most level-headed among us have faltered trying to navigate the fraught world of racial awkwardness.

So what exactly do you do? We delve into the issue on this week's episode of the Code Switch podcast, featuring writer Nicole Chung and Code Switch's Shereen Marisol Meraji, Gene Demby and Karen Grigsby Bates.

We also asked some folks to write about what runs through their minds during these tense moments, and how they've responded (or not). Their reactions ran the gamut from righteous indignation to total passivity, but in the wake of these uncomfortable comments, everyone seemed to walk away wishing they'd done something else.

It was the first time my dad visited me at college, and he had just dropped me off at my dorm. My suitemate walked in and sneered.

"Was that your dad?" he asked. "He looks sooo Mexican." 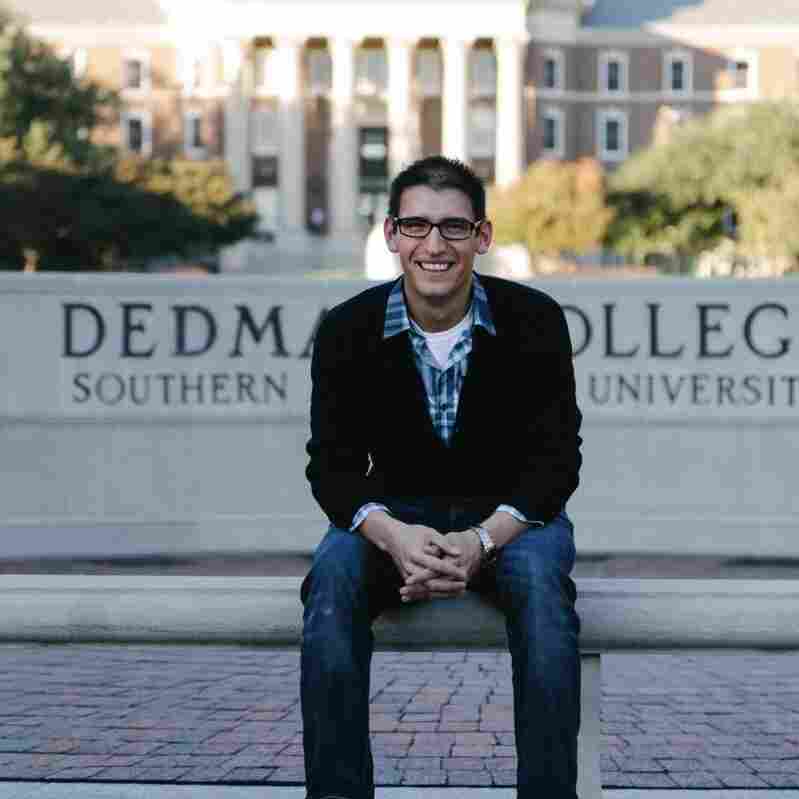 Aaron E. Sanchez is a Texas-based writer who focuses on issues of race, politics and popular culture from a Latino perspective. Courtesy of Aaron Sanchez hide caption

He kept laughing about it as he left my room.

I was caught off-guard. Instantly, I grew self-conscious, not because I was ashamed of my father, but because my respectability politics ran deep. My appearance was supposed to be impeccable and my manners unimpeachable to protect against stereotypes and slights. I felt exposed.

To be sure, when my dad walked into restaurants and stores, people almost always spoke to him in Spanish. He didn't mind. The fluidity of his bilingualism rarely failed him. He was unassuming. He wore his working-class past on his frame and in his actions. He enjoyed hard work and appreciated it in others. Yet others mistook him for something altogether different.

People regularly confused his humility for servility. He was mistaken for a landscape worker, a janitor, and once he sat next to a gentleman on a plane who kept referring to him as a "wetback." He was a poor Mexican-American kid who grew up in the Segundo Barrio of El Paso, Texas, for certain. But he was also an Air Force veteran who had served for 20 years. He was an electrical engineer, a proud father, an admirable storyteller, and a pretty decent fisherman.

I didn't respond to my suitemate. To him, my father was a funny caricature, a curio he could pick up, purchase and discard. And as much as it was hidden beneath my elite, liberal arts education, I was a novelty to him too, an even rarer one at that. Instead of a serape, I came wrapped in the trappings of middle-classness, a costume I was trying desperately to wear convincingly.

That night, I realized that no clothing or ill-fitting costume could cover us. Our bodies were incongruous to our surroundings. No matter how comfortable we were in our skins, our presence would make others uncomfortable.

When the Q train pulled into the Cortelyou Road station, it was dark and I was tired. Another nine hours in New York City, working in the madness that is Midtown as a fact-checker at a fashion magazine. All day long, I researched and confirmed information relating to beauty, fashion and celebrity, and, at least once a day, suffered an editor who was openly annoyed that I'd discovered an error. Then, the crush of the rush-hour subway, and a dinner obligation I had to fulfill before heading home to my cat. 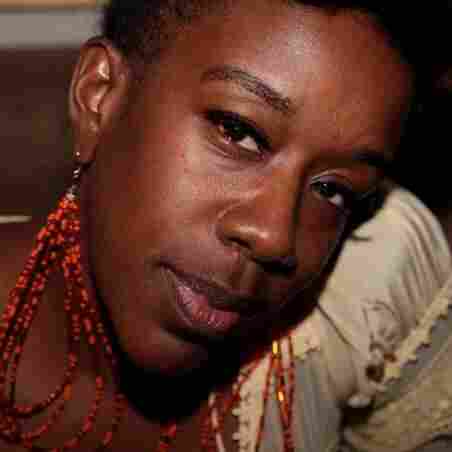 The train doors opened and I turned the corner to walk up the stairs. Coming down were two girls — free, white and in their 20s. They were dancing as they descended, complete with necks rolling, mouths pursed — a poor affectation of black girls — and rapping as they passed me:

Now I ain't sayin she a golddigger/But she ain't messin' with no broke niggas!

That last part — broke niggas — was actually less rap, more squeals that dissolved into giggles. These white girls were thrilled to say the word publicly — joyously, even — with the permission of Kanye West.

I stopped, turned around and stared at them. I envisioned kicking them both squarely in their backs. God didn't give me telekinetic powers for just this reason. I willed them to turn around and face me, but they did not dare. They bopped on down the stairs and onto the platform, not evening knowing the rest of the rhyme.

Listen: I'm a black woman from the South. I was born in the '70s and raised by parents — both educators — who marched for their civil rights. I never could get used to nigga being bandied about — not by the black kids and certainly not by white folks. I blamed the girls' parents for not taking over where common sense had clearly failed. Hell, even radio didn't play the nigga part.

I especially blamed Kanye West for not only making the damn song, but for having the nerve to make nigga a part of the damn hook.

Life in NYC is full of moments like this, where something happens and you wonder if you should speak up or stay silent (which can also feel like complicity). I am the type who will speak up. Boys (or men) cussing incessantly in my presence? Girls on the train cussing around my 70-year-old mama? C'mon, y'all. Do you see me? Do you hear yourselves? Please. Stop.

But on this day, I just didn't feel like running down the stairs to tap those girls on the shoulder and school them on what they damn well already knew. On this day, I just sighed a great sigh, walked up the stairs, past the turnstiles and into the night.

When I was 5 or 6, my mother asked me a question: "Does anyone ever make fun of you for the color of your skin?"

This surprised me. I was born to a Mexican woman who had married an Anglo man, and I was fairly light-skinned compared to the earth-brown hue of my mother. When she asked me that question, I began to understand that I was different. 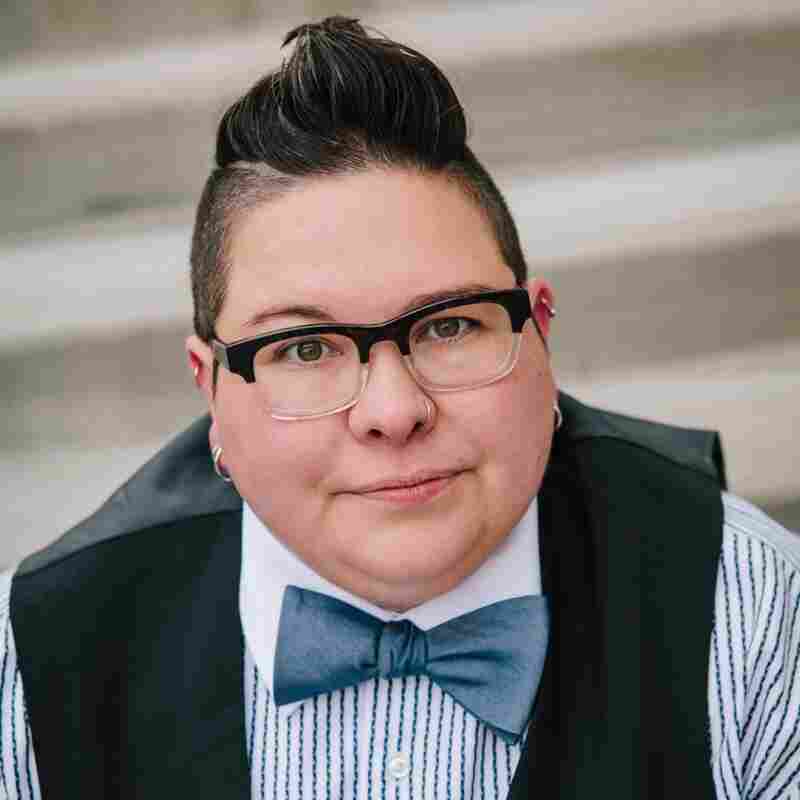 Following my parents' divorce in the early 1980s, I spent a considerable amount of time with my father and my paternal grandparents. One day in May of 1989, I was sitting at my grandparents' dinner table in West Texas. I was 12. The adults were talking about the need for more laborers on my grandfather's farm, and my dad said this:

He called the undocumented workers he employed on his 40 acres "wetbacks." Again and again, I heard from him that Mexicans always had to be told what to do. He and friends would say this when I was within earshot. I felt uncomfortable. Why would my father say these things about people like me?

But I remained silent.

It haunts me that I didn't speak up. Not then. Not ever. I still hear his words, 10 years since he passed away, and wonder whether he thought I was a lazy Mexican, too. I wish I could have found the courage to tell him that Mexicans are some of the hardest-working people I know; that those brown bodies who worked on his property made his lifestyle possible.

As I grew in experience and understanding, I was able to find language that described what he was doing: stereotyping, undermining, demonizing. I found my voice in the academy and in the movement for black and brown lives.

Still, the silence haunts me.

My 20s were defined in no small part by a friendship with a guy I never met. For years, over email and chat, we shared everything with each other, and we made great jokes. Those jokes — made for each other only — were a foundational part of our relationship and our identities. No matter what happened, we could make each other laugh. 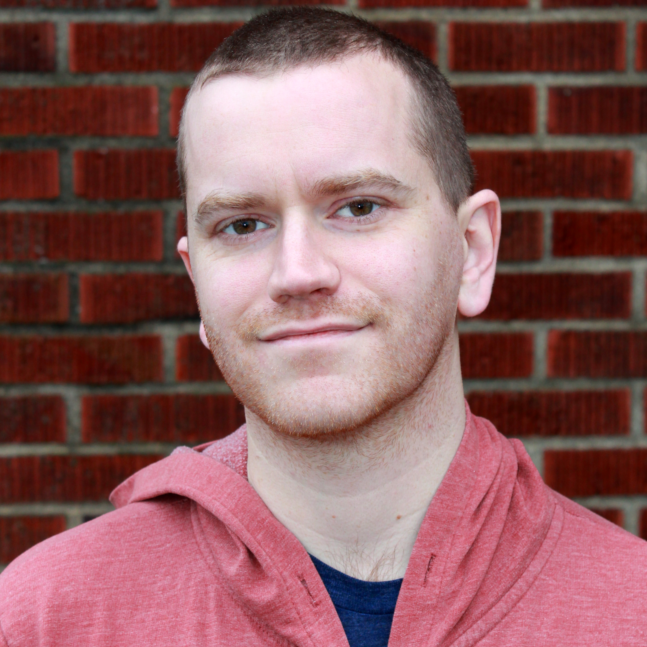 It helped, also, that we were slackers with spare time, but eventually we both found callings. I started working in the social justice sector, and he gained recognition in the field of indie comics. I was proud of my new job and approached it seriously, if not gracefully. Before I took the job, I was the type of white dude who'd make casually racist comments in front of people I considered friends. Now, I had laid a new foundation for myself and was ready to undo the harm I'd done pre-wokeness.

And I was proud of him, too, if cautious. The indie comics scene is full of bravely offensive work: the power fantasies of straight white men with grievances against their nonexistent censors, put on defiant display. But he was my friend, and he wouldn't fall for that.

One day he emailed me a rough script to get my feedback. At my desk, on a break from deleting racist, threatening Facebook comments directed at my co-workers, I opened it up for a change of pace.

I got none. His script was a top-tier, irredeemable power fantasy — sex trafficking, disability jokes, gendered violence, every scene's background packed with commentary-devoid, racist caricatures. It also had a pop culture gag on top, to guarantee clicks.

I asked him why he'd written it. He said it felt "important." I suggested he shelve it. He suggested that that would be a form of censorship. And I realized this: My dear friend had created a racist power fantasy about dismembering women, and he considered it bravely offensive.

I could have said that there was nothing brave about catering to the established tastes of other straight white comics dudes. I could have dropped any number of half-understood factoids about structural racism, the finishing move of the recently woke. I could have just said the jokes were weak.

Instead, I became cruel to him, with a dedication I'd previously reserved for myself.

Over months, I redirected every bit of our old creativity. I goaded him into arguments I knew would leave him shaken and unable to work. I positioned myself as a surrogate parent (so I could tell myself I was still a concerned ally) then laughed at him. I got him to escalate. And, privately, I told myself it was me who was under attack, the one with the grievance, and I cried about how my friend was betraying me.

I wanted to erase him (I realized years later) not because his script offended me, but because it made me laugh. It was full of the sense of humor we'd spent years on — not the jokes verbatim, but the pacing, structure, reveals, go-to gags. It had my DNA and it was funny. I thought I had become a monster-slayer, but this comic was a monster with my hands and mouth.

After years as the best of friends and as the bitterest of exes, we finally had a chance to meet in person. We were little more than acquaintances with sunk costs at that point, but we met anyway. Maybe we both wanted forgiveness, or an apology, or to see if we still had some jokes. Instead, I lectured him about electoral politics and race in a bar and never smiled.