Accessibility links
The People's Guide To Navigating Racial Awkwardness : Code Switch What are the best strategies for responding to uncomfortable racial comments? We asked, you delivered. Here are some of our favorite ideas. 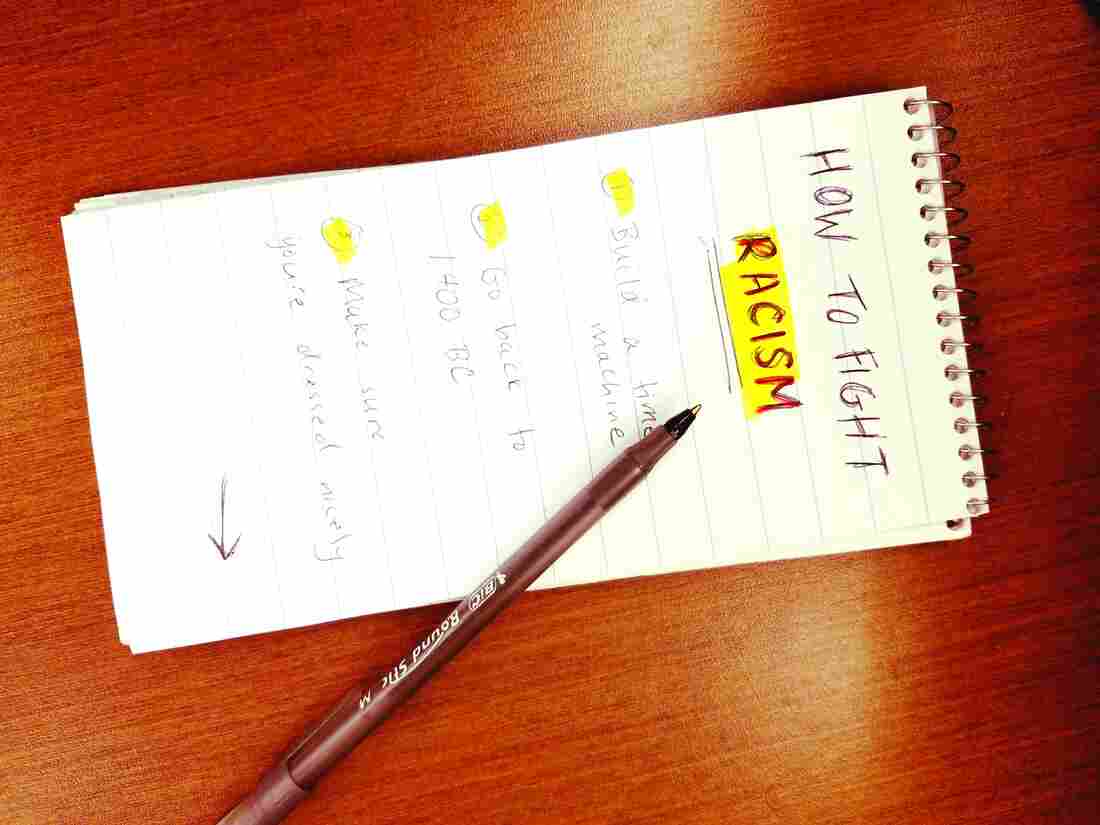 We asked how you deal with casual racism. You started from the top. Leah Donnella hide caption 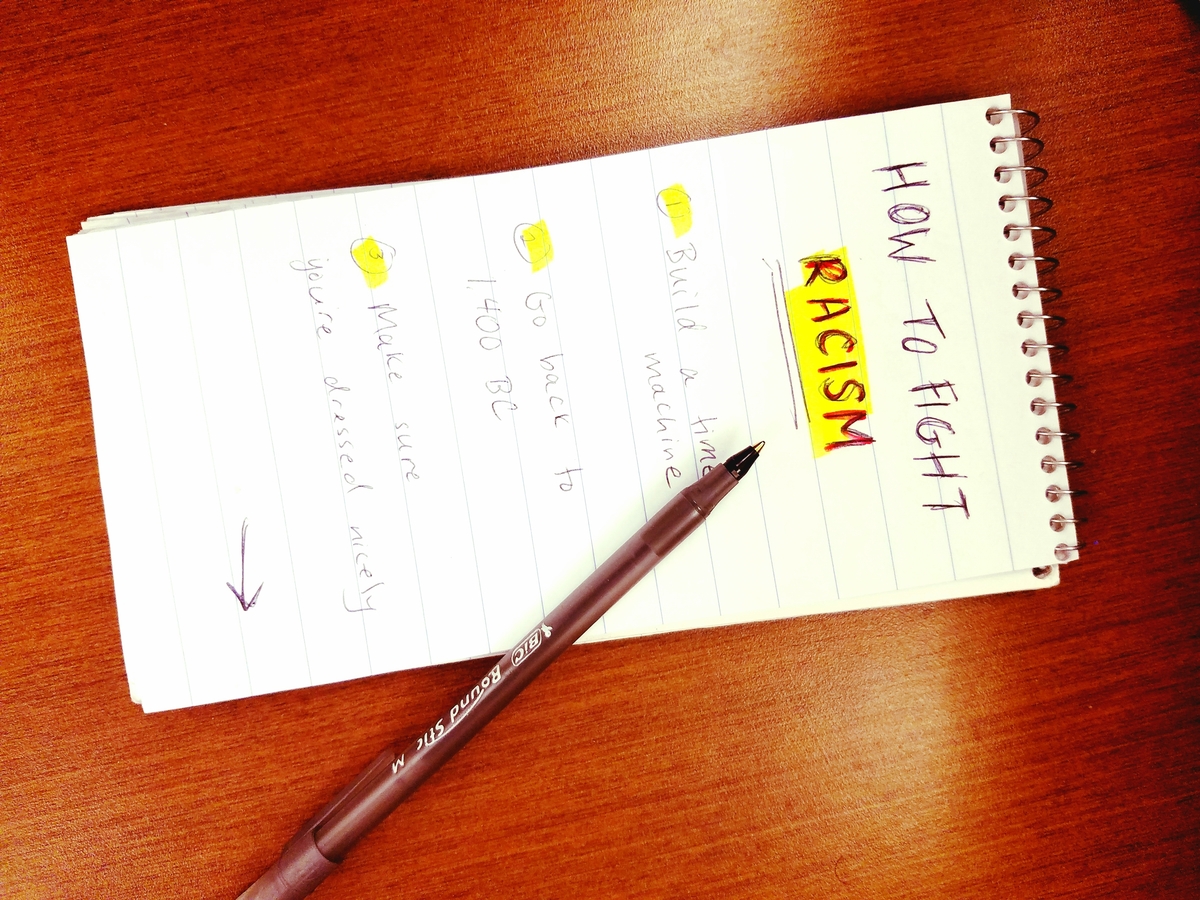 We asked how you deal with casual racism. You started from the top.

This week, the Code Switch team tackled this question: What do you do when a friend, loved one or stranger makes a comment that falls somewhere on the racism spectrum? On the blog and on the podcast, we and friends of Code Switch shared stories about those uncomfortable moments and how we reacted.

The stories were as varied as they were troubling. They happened in the workplace, at home, in an Uber, online. They involved young white women rapping, "I ain't messing with no broke niggas"; a party guest declaring that someone looked like every Asian actor on Fresh Off the Boat; and a father telling his Mexican-American daughter that "Mexicans are lazy."

Hear Something, Say Something: Navigating The World Of Racial Awkwardness

Together, we tried to figure out the protocol for responding. Our guidelines could have been pulled straight from an EMT handbook. (Proceed with caution. Assess the threat of immediate harm to yourself and others before engaging. Bring reinforcements and have an escape route in mind.)

Turns out, the "Ask good questions, do no harm" strategy was pretty common across the board:

What was their intent? Is it worth engaging? Will engaging make the situation awk & terrible for everyone else?

I remember that rent is due on the first & then decide.

@nicole_soojung 1) am I in a position of relative power/safety? 2) how much time am I able/willing to spend?

The shade was strong:

I will usually say something sarcastic and cheeky back to the person but with a smile. Passive aggressiveness FTW 🙌🏼

stare wide-eyed then turn and walk away ...

Others went for healing:

1. Decide if they seem receptive to my corrections 2. If offensive, let them know why 3. Offer resources for further study

While the options are vast, there's no foolproof strategy. After all, racially insensitive comments are like snowflakes in a storm: unique, ice cold and unrelenting.

One woman on Facebook wrote about the frustration that comes with being the only "woke brown woman" in the room:

"When I speak up I am filled with regret that I didn't express myself better, or annoyed that even though I was completely right I didn't change anyone. When I don't speak up I feel guilty for days and sometimes years. Dammed if I do, dammed if I don't."

So, even though we don't have the solution, we'll rest easy knowing that there will be plenty of opportunities ahead to try out different techniques. One user wrote the benediction for us:

@NPRCodeSwitch Great ep on casual racism. My advice is figure out what you wish you'd said, and say it next time. There will be a next time.

If you missed this week's episode of the podcast, check it out here!