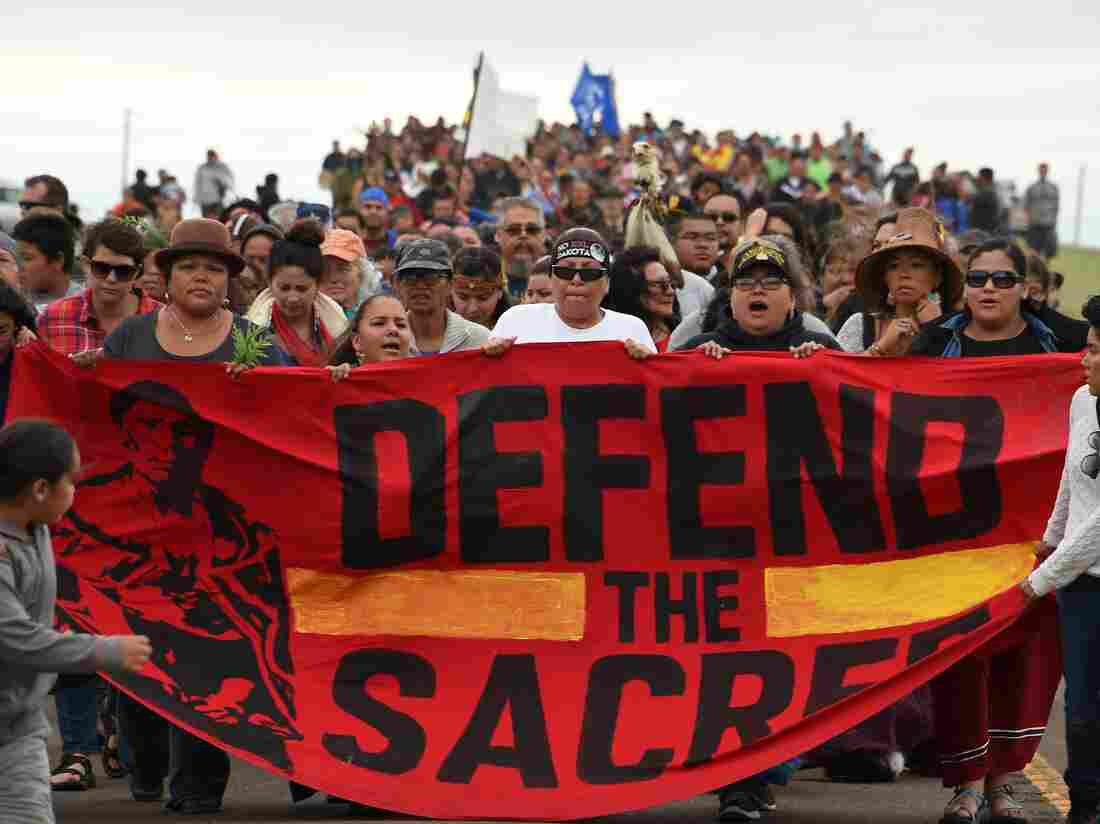 Native Americans and other activists march to a sacred burial ground site that was disturbed by construction of the Dakota Access Pipeline. Hundreds of people have joined the Standing Rock Sioux Tribe's protest of the oil pipeline. Robyn Beck/Getty Images hide caption 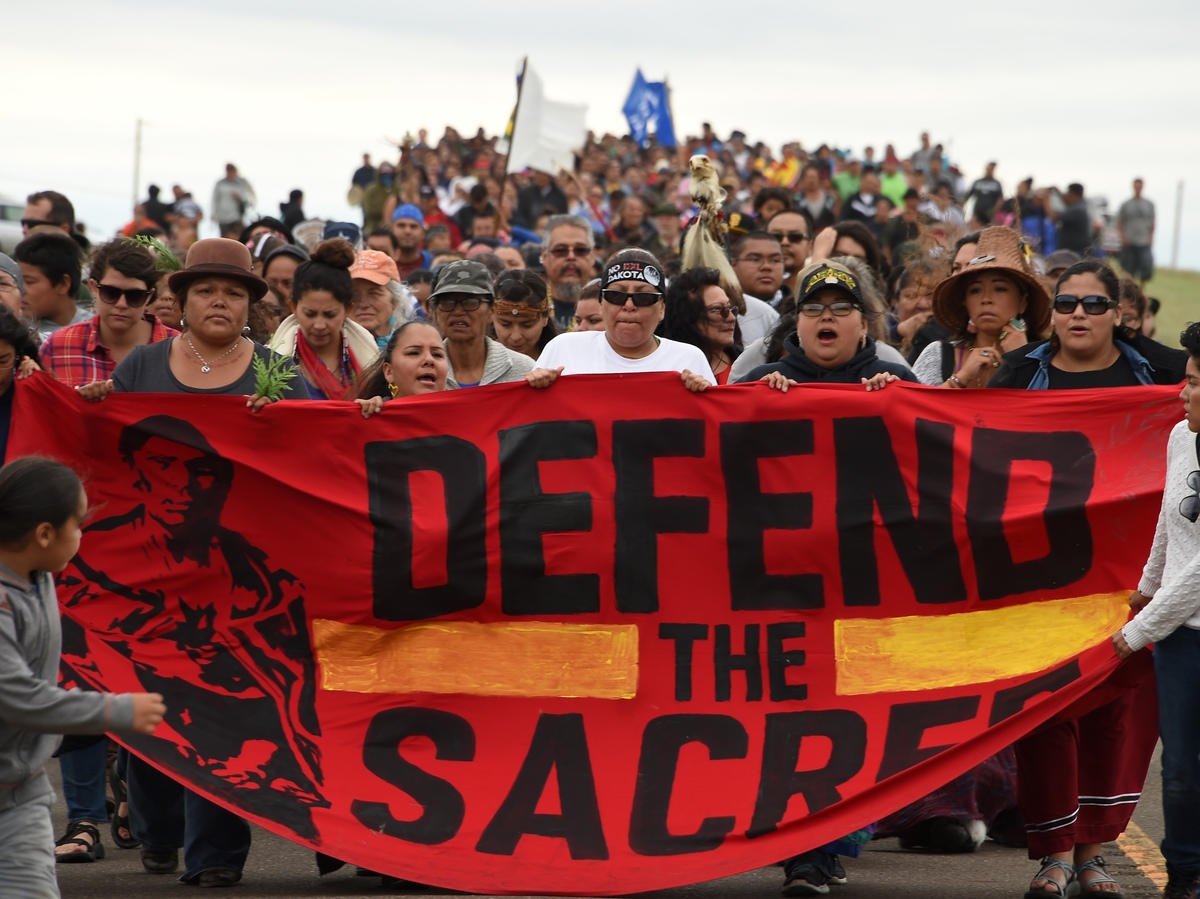 Native Americans and other activists march to a sacred burial ground site that was disturbed by construction of the Dakota Access Pipeline. Hundreds of people have joined the Standing Rock Sioux Tribe's protest of the oil pipeline.

When she was growing up, Dina Gilio-Whitaker was constantly asked, "How much Indian blood do you have?" She could never figure out how to respond, which is not to say she didn't know who she was.

"I knew that I was Native, I knew that I was Colville, I knew my family up there on the reservation," she said recently. "But what I grew up with was a process of not being seen and not being recognized as being Native, because I was completely out of context. 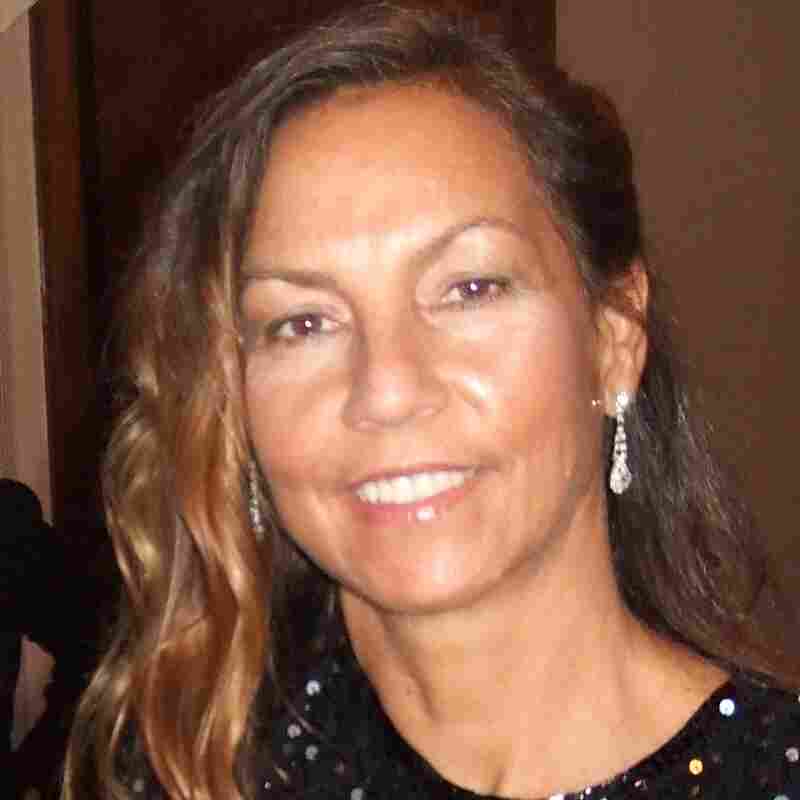 "People think that they're being friendly or whatever when they ask you that question. But what they're really trying to understand is if you're a real Indian or not."

Figuring out what it means to be a "real Indian" has taken some unpacking. That idea is at the heart of Gilio-Whitaker's new book, All The Real Indians Died Off, which she co-wrote with Roxanne Dunbar-Ortiz. The book takes on 21 myths about Native Americans (ideas like, all Indians are savages, or alcoholics, or have gotten rich off casino money.)

"At the root of all of this is the idea of authenticity," Gilio-Whitaker says. "It's the idea that Native people exist in an unchanging past, and that to be an authentic, real Indian, you somehow have not changed and adapted to the modern world. But Native people and Native cultures have always adapted to circumstances, they've always infused and integrated with other cultures. It's always been that way." 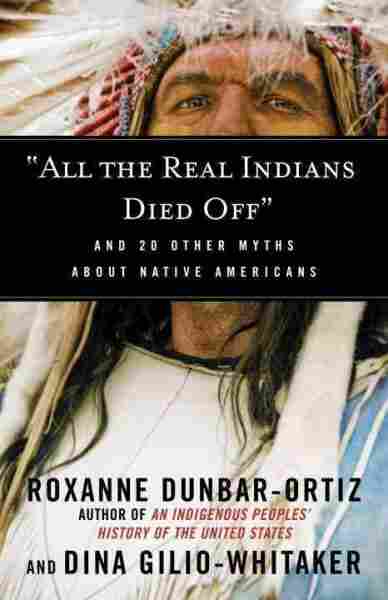 In schools across the United States, the timeline of Native American history goes something like: Christopher Columbus, Thanksgiving, Pocahontas, Trail of Tears. Dunbar-Ortiz, who also wrote An Indigenous Peoples' History of the United States, says when she travels around the country talking about Native issues, "it's as if a light goes on."

"The truth is kind of depressing in a way, especially when you start talking about war and genocide and massacres," she said. "But it's as if people have been wanting to have some clarity. I don't see how anyone ever learns anything accurate about Native Americans in our education system. Even the most recent, revised textbooks are just confusing. They leave so many holes."

Those holes are large and small, and include events, people, legislation, cultural movements, wars, massacres and resistance. Many folks in the United States have no idea that there are 562 federally recognized Indian tribes in the country, let alone the unique histories of those tribes. We rarely read Native authors like Sherman Alexie, Leslie Marmon Silko or Evelina Zuni Lucero, or celebrate performers and athletes like Maria Tallchief, Shoni Schimmel or Jim Thorpe.

Overall, Americans don't learn much about the Seminole Wars, the impact of the Homestead Act, the American Indian Movement, the historic settlement of the Indian Trust Fund lawsuit, and the ongoing debate over the Cherokee Freedmen. We don't study the dozens of Supreme Court cases involving Native Americans spanning hundreds of years, about everything from land rights to tribal sovereignty to adoption to civil liberties. We rarely acknowledge Native Americans as participants in broad American historical events and know precious little about the thousands of years of indigenous civilization that existed before European colonization. 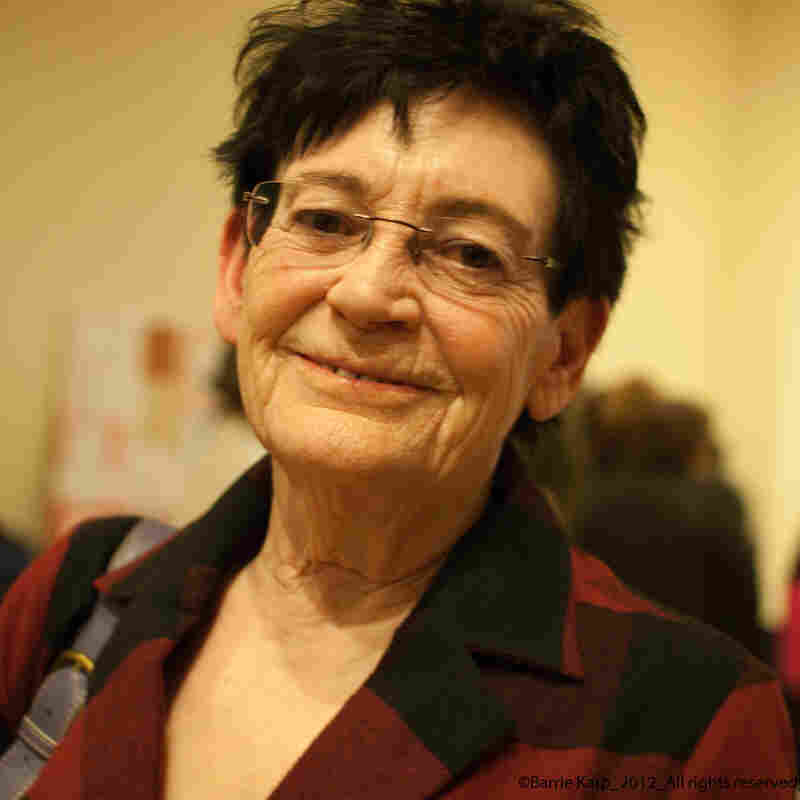 The unprecedented coalition of tribes resisting construction of the Dakota Access Pipeline on the Standing Rock reservation in North Dakota, Gilio-Whitaker says, offers a more accurate and contemporary understanding of Native Americans.

"We look at the Dakota Access Pipeline at Standing Rock and see what's happening, and how much support has poured out from the far reaches of the United States," she said. "And I'd say that it's really different compared to, say, what happened at Wounded Knee in 1973.

"There was a certain amount of support that came from non-Indians, for example with the Academy Awards and Marlon Brando making a public issue of that and rejecting the Oscar for The Godfather based on his protest of Hollywood and the way it treats Natives. That was encouraging. But for the most part, the way history has written that event, Wounded Knee, has not been friendly to Indians. They were called militants and terrorists."

Standing Rock, she says, is a different story, another part of the long, varied definition of what it means to be a real Indian.

"Indian issues are becoming everyone's issues," Gilio-Whitaker said. "Because it is about the environment, it is about environmental justice, it is about clean water, which are things that everybody can relate to now."