Accessibility links
Black, Jewish and avoiding the synagogue on Yom Kippur : Code Switch It's one thing when outsiders don't recognize my faith. It's a different kind of sadness when I'm made to feel like a stranger in the synagogue. 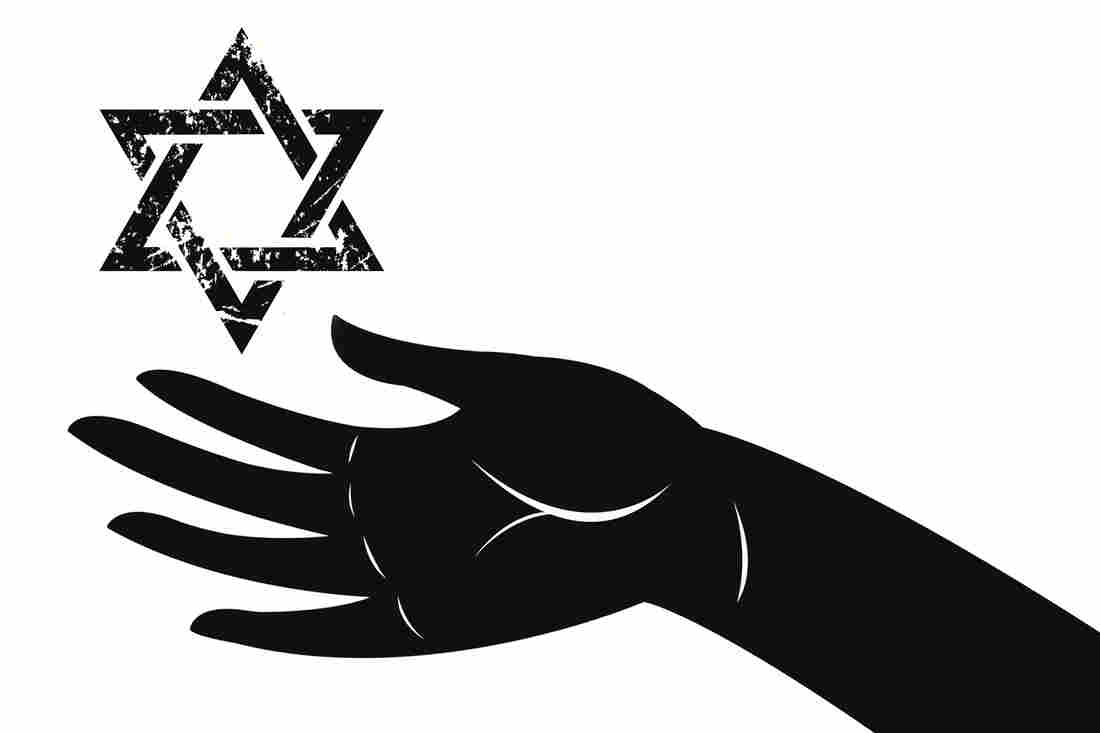 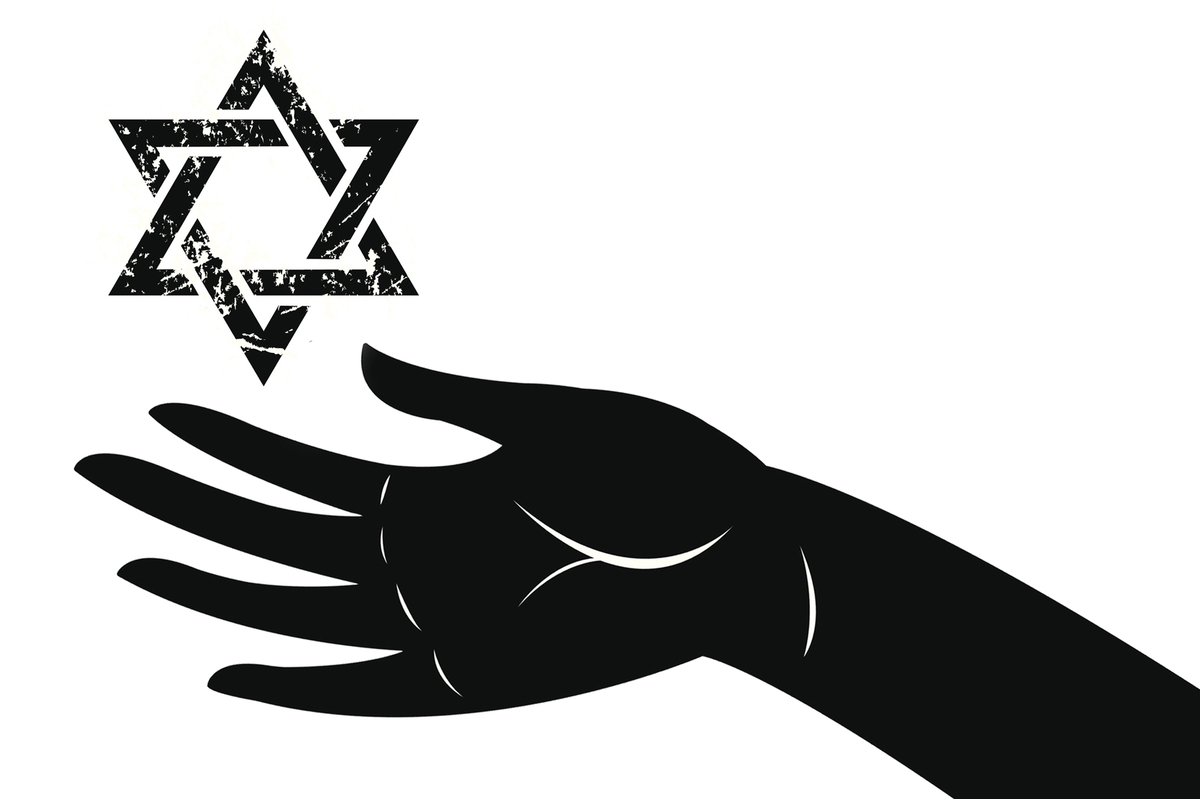 That might surprise my friends, who put up with my bragging ad nauseam about how Jewish I am.

You got a great deal on plane tickets? Reminds me of the time I took a free Birthright trip to Israel. Going skating? I haven't been on skates since my bat mitzvah reception, held at the roller skating rink in Villanova, Pa. You say you love the musicals of George Gershwin? Ha, that sounds just like Gershenfeld, my mother's maiden name, which is also my middle name, which means "barley field" in Yiddish, the language my ancestors spoke in Eastern Europe.

Some of this is just me being obnoxious. But it's also a way to claim a part of my identity that's hidden from most people. I'm a black woman. No one ever assumes I'm Jewish. When I talk about Judaism, people look at me in a way that makes me feel like I'm breaking into my own house. Especially the people inside the house.

When I talk about Judaism, people look at me in a way that makes me feel like I'm breaking into my own house. Especially the people inside the house.

As an invisible Jewish woman, I've been subjected to a lot of comments that I don't think I would hear otherwise. I had a friend in college who would reference how much the financial aid office was "Jewing" her. A colleague once described an actor as "cute, but with a Jew nose." A classmate complained that he was getting crowded out of law school by "the Jews."

But it's one thing when goyim don't recognize my faith. It's a different level of sadness when it comes from other Jews.

I think back to that last time I was in a synagogue, in September 2014. It was a Shabbat service for prospective members at Temple Rodeph Shalom in Philadelphia, two weeks before Rosh Hashana. As with every new year, I was re-evaluating my life.

What the hell am I doing here? I thought. The question was both literal and existential.

I'd gone to the synagogue with my then-boyfriend, who is white, Catholic, has a Jewish father, and grew up in a Jewish neighborhood in suburban New Jersey, which is to say he knows his way around a shul.

As soon as we walked in, I started feeling like an accessory. This was a superprogressive synagogue, and I wasn't the only person of color in the congregation. But the way people greeted him first, always; the way someone explained to me what to expect of the service (It will be an hour long with portions in Hebrew and English); the way an usher smiled and asked me, not my boyfriend, What brings you here?

Those moments made me want to scream, I'm one of you!

When the service started, I was the one singing too loudly, and the first to stand every time the rabbi said, "Please rise." After it ended, I found myself aggressively kissing strangers on the cheek, practically shouting "Shabbat shalom" at women in cardigans who tried not to make eye contact. I stayed around to introduce myself to the rabbis, told them I'd been looking to join a synagogue for months. I promised I'd be back soon, for the High Holy Days.

I was already dreading the thought of doing it again, having to face those saccharine smiles trying to understand, Why are you here?

Again, I'm a black woman with a Jewish mother, and I live in the United States of America. When I say that I'm used to being in places where I don't look like I belong, I mean it. Looking out of place is one of the most consistent parts of my life.

But it's different in a synagogue. There's something about feeling like an outsider in the place where you grew up that stings. Like family members who no longer recognize you.

It wasn't always like that. As a kid I could be black and Jewish and it wasn't a big deal. Sometimes people at my synagogue would raise an eyebrow at my brown skin, but when that happened, it was obvious they were the newbie, not me. I miss the synagogue of my youth, with the rabbi who'd pinch my cheeks and say shayna punim, and the opera singer-cum-cantor who would go nuts on the V'ahavta.

I used to go to Hebrew school, Sunday school, Shabbat services, Purim parades. Once a month, I'd sit in the multipurpose room with my parents and make Jewish crafts. My mom was once the vice president in charge of social action on the synagogue's board of trustees. I brought tzedakah each week, I knew the prayers, I had friends, I had enemies, I had a carpool. I wasn't just passively part of that community because my ancestors lived through a pogrom. I helped create the community.

And at a certain point, I stopped going. Mostly because I didn't have to. But when I tried to go back in college and beyond, I'd meet people who thought they needed to explain my faith to me.

Now, without everyday ties to Judaism, I find myself fighting for it, even as I avoid the hard stuff, like taking the time to join a synagogue, getting to know people again, suffering through those awkward explanations.

The longer I stay away, the less I feel like I belong. How long is it before I have to stop claiming that those are my people, especially when they don't claim me? That's the hardest part about not looking like I'm Jewish. I feel like if I'm not careful, eventually that part of me will fade away.