Accessibility links
'Vietgone': A Sex Comedy About Mom, Dad And Refugee Camps : Code Switch Playwright Qui Nguyen's latest work tells the story of how his parents met in an Arkansas refugee camp in 1975. 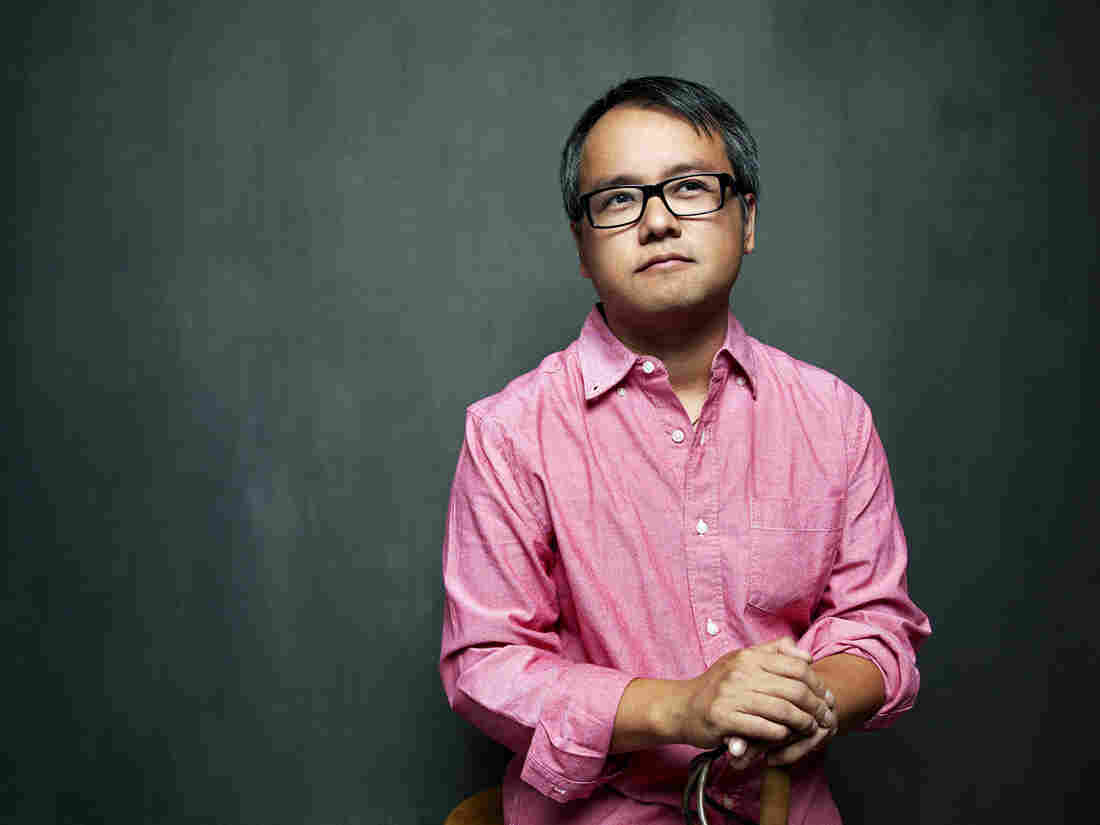 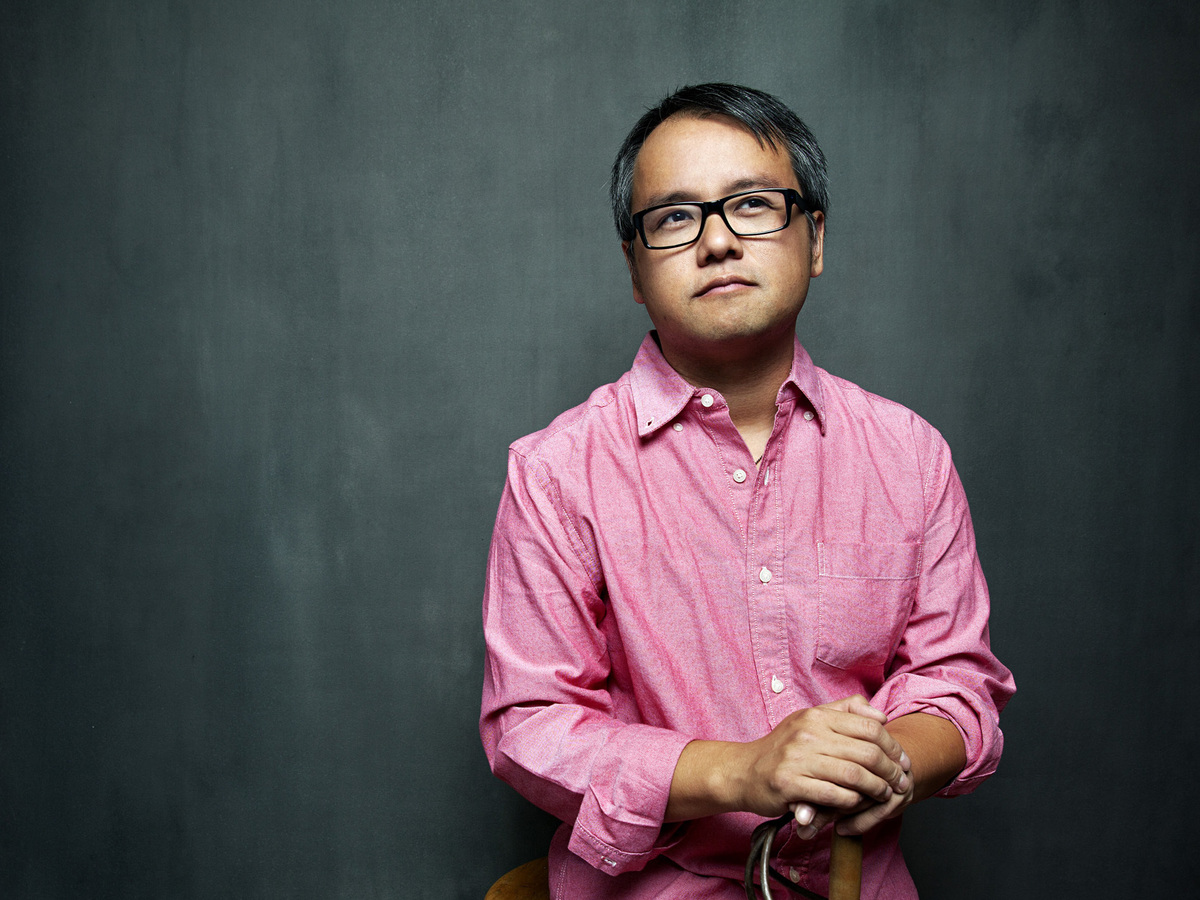 Qui Nguyen wrote Vietgone to tell the story of his parents' meeting at a Vietnamese refugee camp in Arkansas in 1975.

Playwright Qui Nguyen usually describes his show, Vietgone, as a "sex comedy" about his parents. He also acknowledges that that's a strange thing to do.

The play does have a lot of sex in it. There are raunchy jokes, and the characters frequently and unabashedly lust after one another and act on those desires. Nguyen said he wanted to make his characters — fictional Vietnamese refugees based on his parents — three-dimensional.

"It's something that you don't see very often in American media, where Asian characters are sexy; and when they're sexy, they're a fetish of sort," said Nguyen, whose play opens at the Manhattan Theater Club at the end of October and runs until late November.

The play is not exactly about sex. Neither is it just a love story about his parents. It's about being displaced from home and family. It's about the struggle to start a new life in a new place, and it arrives in the theater at a time when refugees and immigrants are at the center of a contentious presidential race.

When Nguyen began to write Vietgone three years ago, he sat down with his parents and tried to extract their stories, some of them painful; stories that they'd glossed over when he was younger.

"Anybody coming from a tumultuous situation like the Holocaust, Vietnam or Syria — they often don't want to talk about it," Nguyen said. "So the first thing I did was get my dad drunk a whole lot, and that kinda freed up the chops a little bit. But what really got them talking ... is that Asian parents really hate the idea of their kids being dumb. So I pretended to be dumb and say things like, 'Oh the Vietnam War was a war between Vietnam and France, right?' And they're like, 'No, that's wrong! Why you so stupid?'

Kinda getting them atrociously mad was the thing that got them to open up to me.

"Kinda getting them atrociously mad was the thing that got them to open up to me."

Nguyen discovered that his parents' meeting wasn't love at first sight, like they'd told him. It was purely a hook up. He found out that his mom left a younger brother and boyfriend behind when she fled Vietnam, and he learned more about the pain his parents felt over what they'd lost.

Nguyen's father, Quang Nguyen, was a helicopter pilot for the South Vietnam Air Force. He had a wife and two children in Vietnam. After the fall of Saigon in April 1975, Quang helped Vietnamese allies flee by helicopter, but had to leave his own family behind when he was evacuated.

When he arrived at the Ft. Chaffee refugee camp in Arkansas, he was riddled with guilt and tried desperately to find a way back to Saigon. He never returned to that family. Tong Nguyen was working for the U.S. Embassy when Saigon fell and could take only her mother with her when she fled to America. She met Quang at Ft. Chaffee. They married and had three children.

Nguyen wrote it all into the play.

"The whole time they didn't think I was writing about them, because what I told them was I was going to write a play generally about Vietnamese people — and it was not about them," Nguyen said. "And they told me not to put it in, but I did, because I'm an asshole." 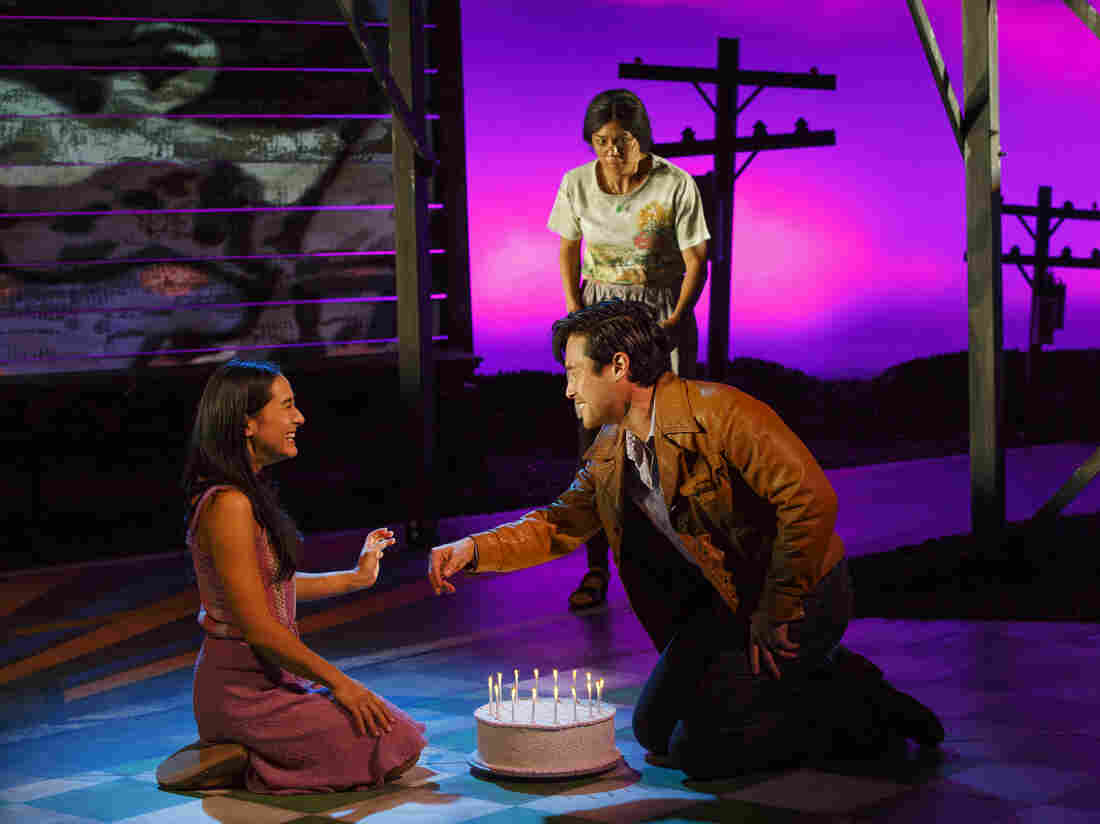 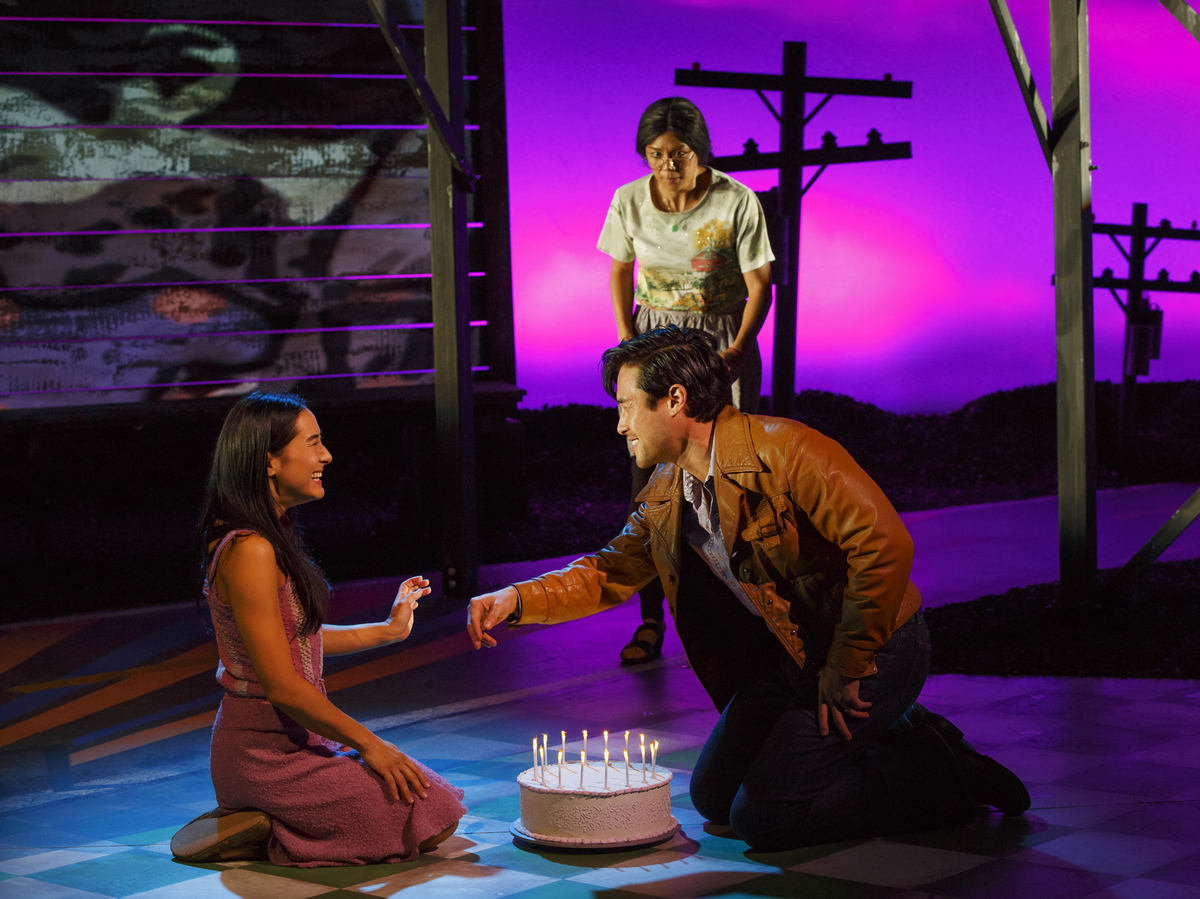 The South Coast Repertory gave him free rein to produce the project in 2013. By that time, Nguyen, who writes for Marvel Studios, had received props for previous plays like She Kills Monsters and Alice In Slasherland. He started the award-winning theater company Vampire Cowboys, known for its live-action comic book plays.

"I think, as a kid, you just want to show how awesome your parents are," Nguyen said. "And when I became a playwright, I wrote these comedies; these weird comic book geek theater things.

I didn't think I [was] a writer who could reflect Vietnamese refugees. At some point, I realized, my parents are getting older... and I was like, you know what, I need to get over that.

So Nguyen put together a fast-paced, rap-filled story. For its run with the Manhattan Theater Club, Vietgone would feature Raymond Lee as Quang Nguyen and Jennifer Ikeda as Tong. Paco Tolson would play Qui.

The play is rich with winks to popular culture from the '70s and modern day: a ridiculous ninja fight, a hippie stoner sex scene, and a musical interlude capturing the moment when Tong and Quang, who had yet to meet, arrived in the U.S. The duo raps:

QUANG: They dislike us

TONG: This is where we'll build a new life

QUANG: They despise us

TONG: A new home grown from an army base

QUANG: In a country not known for loving peeps with a yellow face

Nguyen wrote Vietgone to push a medium that hasn't shown much love for anyone with a "yellow face." Going to movies and theaters as a teenager, he said, "always made me feel like the other. It always made me feel embarrassed, because it was taken from this perspective that made me feel so not part of the American fabric."

Now his parents' stories are part of that fabric. And though his family's full immigrant story is being told, and actors are re-enacting some of their most intimate moments, Nguyen said his parents haven't seen the play — and won't.

"They're very proud that I wrote something about them," said Nguyen who created Vietgone as the first of a five-part series about his family. "They understand why it's important to be out there .... It's hard for them to revisit their past. Those losses are still very painful."