Accessibility links
Diwali Dilemma: My Complicated Relationship With The Swastika : Code Switch While most Westerners see the swastika as a symbol of Nazi Germany or white supremacy, it has been a symbol of good fortune in Asia thousands of years before Hitler. 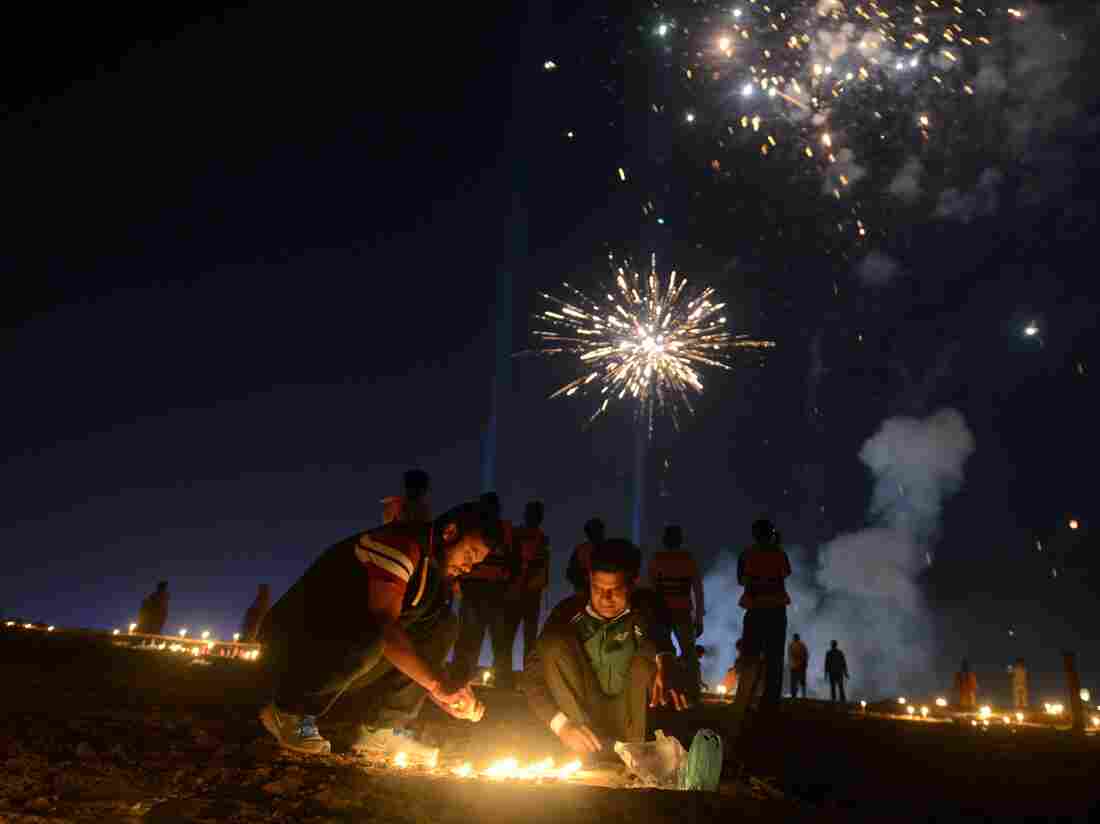 The South Asian holiday of Diwali is often called the festival of lights. Author Parth Shah sometimes thinks of it as Christmas with fireworks. Sanjay Kanojia/AFP/Getty Images hide caption 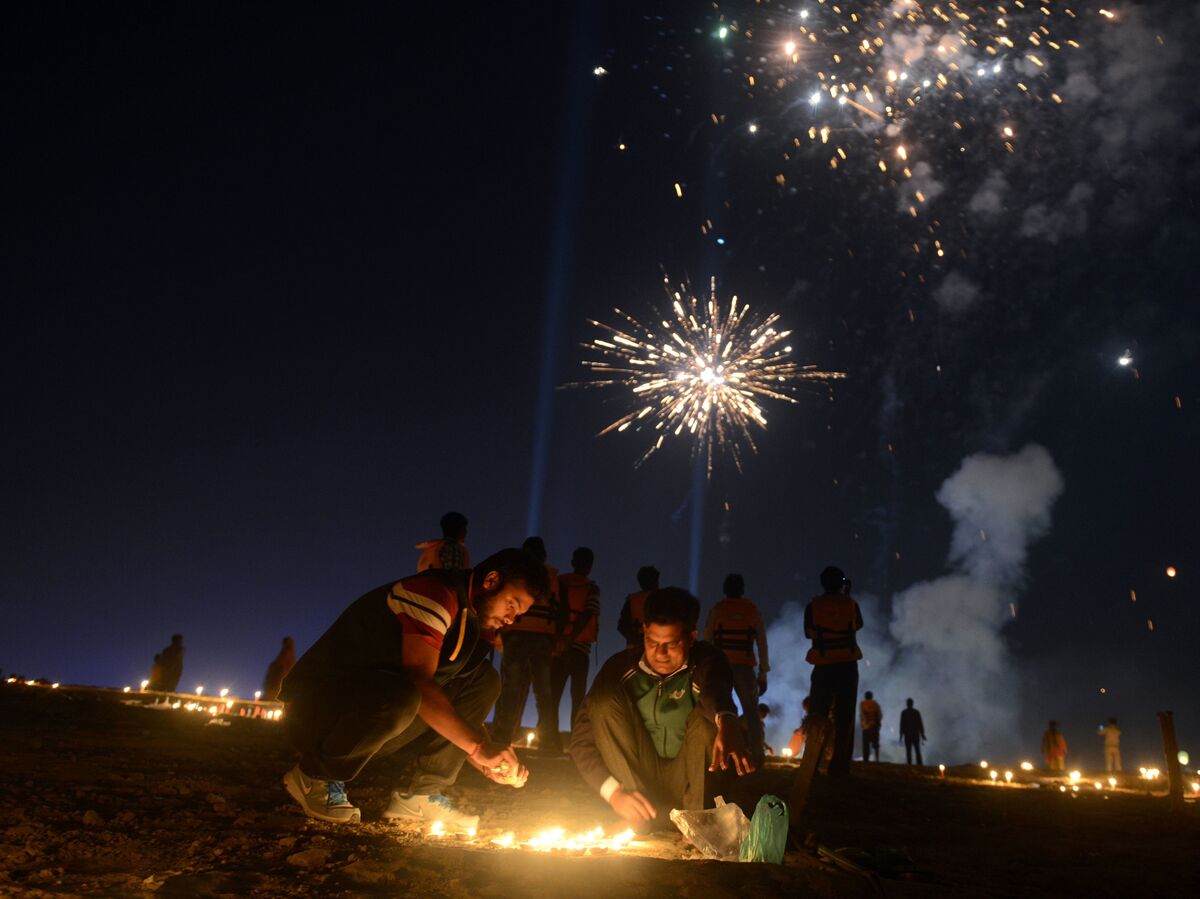 The South Asian holiday of Diwali is often called the festival of lights. Author Parth Shah sometimes thinks of it as Christmas with fireworks.

There's an etiquette to holiday decorations.

The jack-o-lantern should be tossed in the compost on November 1st and the Christmas tree ornaments need to stay in the attic until Thanksgiving dinner is over.

And in my family, there's another holiday tradition to consider: On Diwali, we put out swastikas.

The South Asian holiday of Diwali is often called the festival of lights, but I think of it as Christmas with fireworks. During Diwali, families get together, exchange gifts, and consume an unhealthy amount of sweets (just switch out the sugar cookies for gulab jamuns.)

My family has always been minimalist when it comes to Diwali decorations. While others create intricate rangolis and light diyas around the house, my mom would just place two tea candles outside on the doorstep. And two stickers with swastikas printed on them. 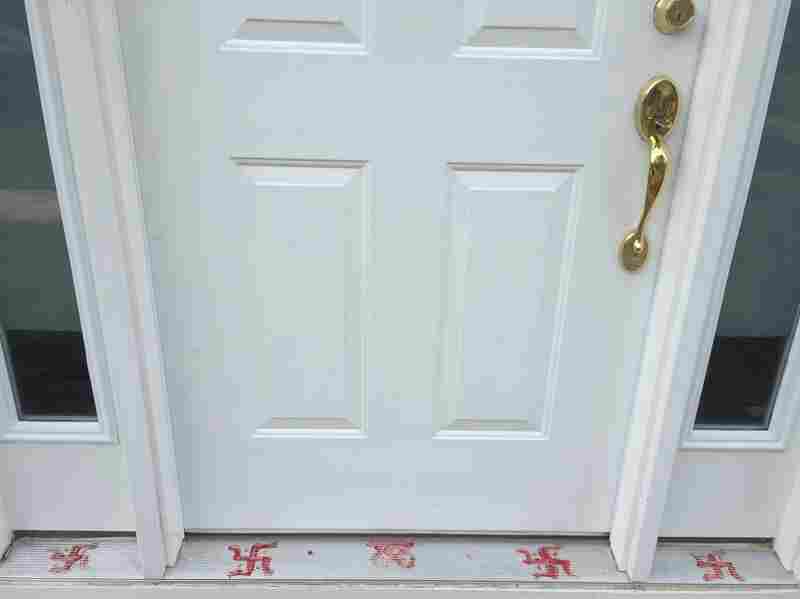 This year, the author's mother opted to paint on swastikas, rather than using stickers. Courtesy of Bela Shah hide caption 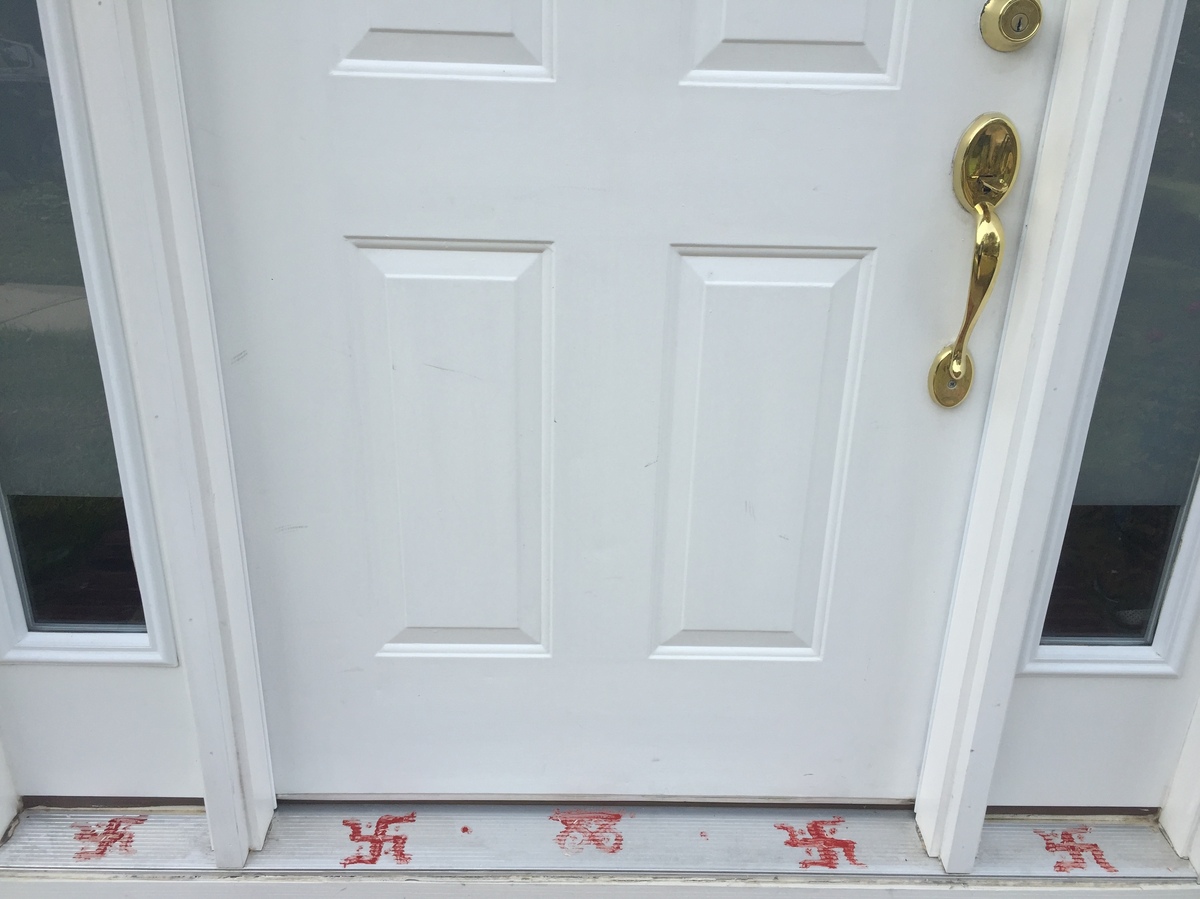 This year, the author's mother opted to paint on swastikas, rather than using stickers.

The swastika has existed for 5,000 years in Asia as a symbol of good fortune. It's a very common religious symbol in Hinduism, Buddhism, and Jainism. Placing the swastikas on the doorstep is a way of extending good wishes to all who come through our home.

But that's not how most Westerners interpret the image. They see it as the symbol of Nazi Germany.

I first learned about the Nazi swastika in the fourth grade at Morehead Elementary in Charlotte, N.C. I was reading a book about the Holocaust, and seeing the word 'swastika' surprised me. I showed it to my teacher and asked if it was the same thing as the Indian swastika I saw at home and at the temple. Mrs. Gamertsfelder had no clue what I was talking about.

Ever since, I've pleaded with my mom not to put the stickers out. I didn't want people to think we were Nazi sympathizers. Diwali changes dates based on the lunar calendar, and this year, it's Oct. 30. When Halloween falls so dangerously close to Diwali, I argue that the swastikas will scare off trick-or-treaters.

And because holiday etiquette has never been my family's strong suit, the swastikas would remain on our doorstep for weeks after Diwali. In India, there doesn't need to be a holiday. They're out year-round.

"I only put them out during Diwali time," my mom told me. "Your grandmother would draw two by the door every day with kumkum."

Growing up in Gujarat, swastikas were all around her. She would see them on wedding invitations, on street signs, during pujas. My mom didn't realize the negative connotation of the symbol until my older sister and I started berating her about it.

"I'm not doing anything wrong, I shouldn't be afraid," she said the other day when I asked why, after all our pleading, she never took them down. 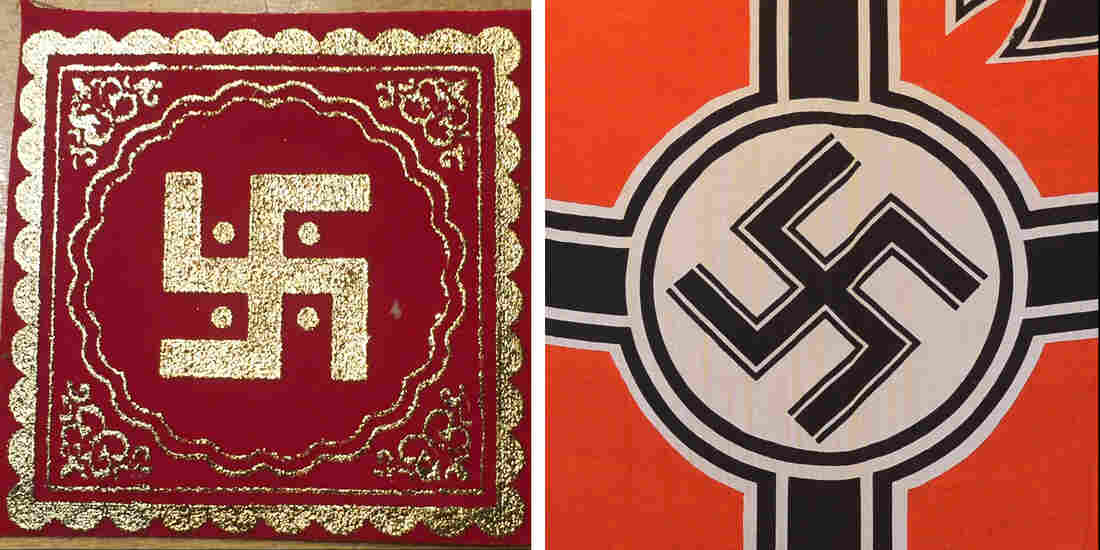 To the untrained eye, the ancient swastika and the Nazi one are pretty indistinguishable. But for my mom, who has always seen the symbol as something dear, the differences are as clear as day.

"Hitler's swastika is turned around; it's not the same thing as my sathiyo," she said, referring affectionately to the swastika by its Gujarati name.

But seeing it outside of the historical context makes people nauseous. In school, books and movies, I was taught the swastika is a symbol of anti-Semitism. Growing up, I didn't want to be associated with the symbol, regardless of its meaning. I didn't want us to stand out.

But while it's easy for me to distance myself from the swastika, asking my mom to suppress her culture is unfair. I didn't realize that until this year.

I haven't been home for Diwali since I started my first job two years ago. This year, I celebrated the holiday early with a Hindu American family that lives a few miles from me in Chevy Chase, Md. While I was with the Prakash family, I asked grandmother Sarla Prakash if she felt the need to cover up her Indian identity when she immigrated to the United States in the 1960s.

"No! I wore a sari all the time," she said with pride. "I wore my sari even in the snow. And people will look and I would say, 'At least they are noticing me.'"

Talking to Sarla made me think of my mom. Just as Sarla held onto her sari, my mom wants to hold onto her culture, her sathiyo; her swastika.