Accessibility links
'It's (Sexy) Asian Men!' Hallelujah! : Code Switch The new short Web film It's Asian Men! aims to tackle a big issue: why Asian-American men are rarely cast on TV or in movies as the romantic or sexy lead. No Long Duk Dong here. 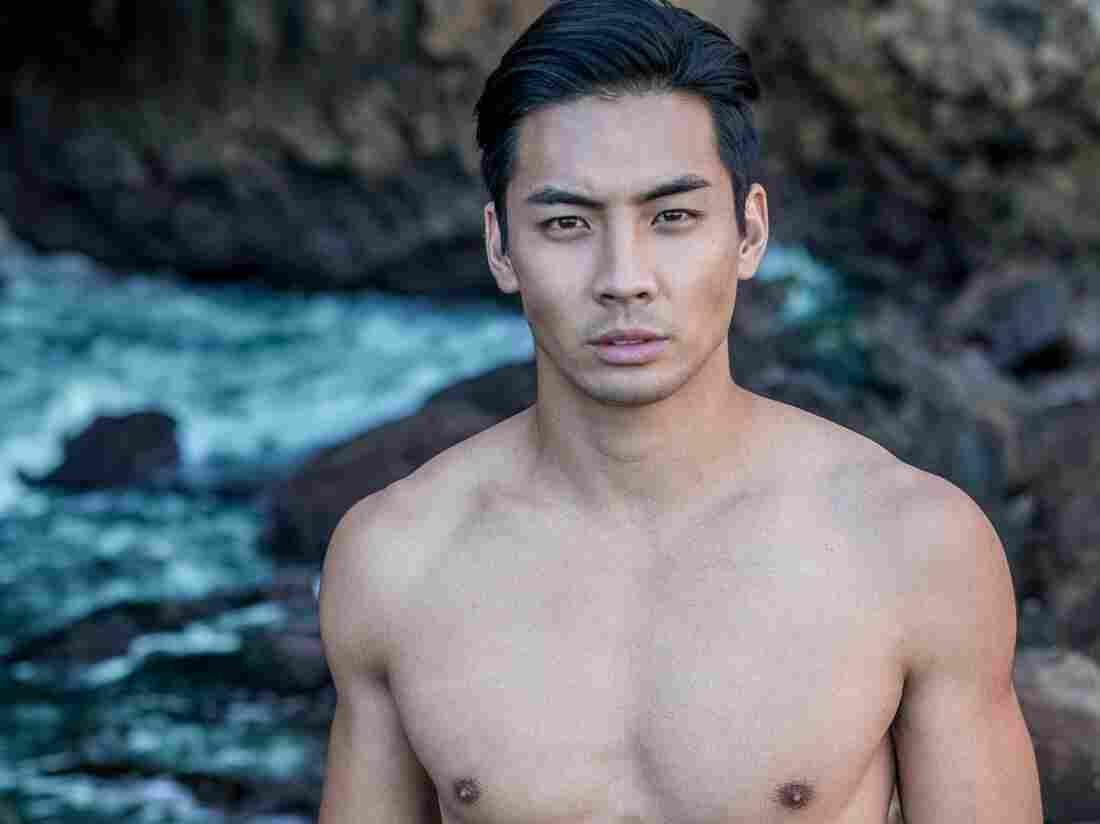 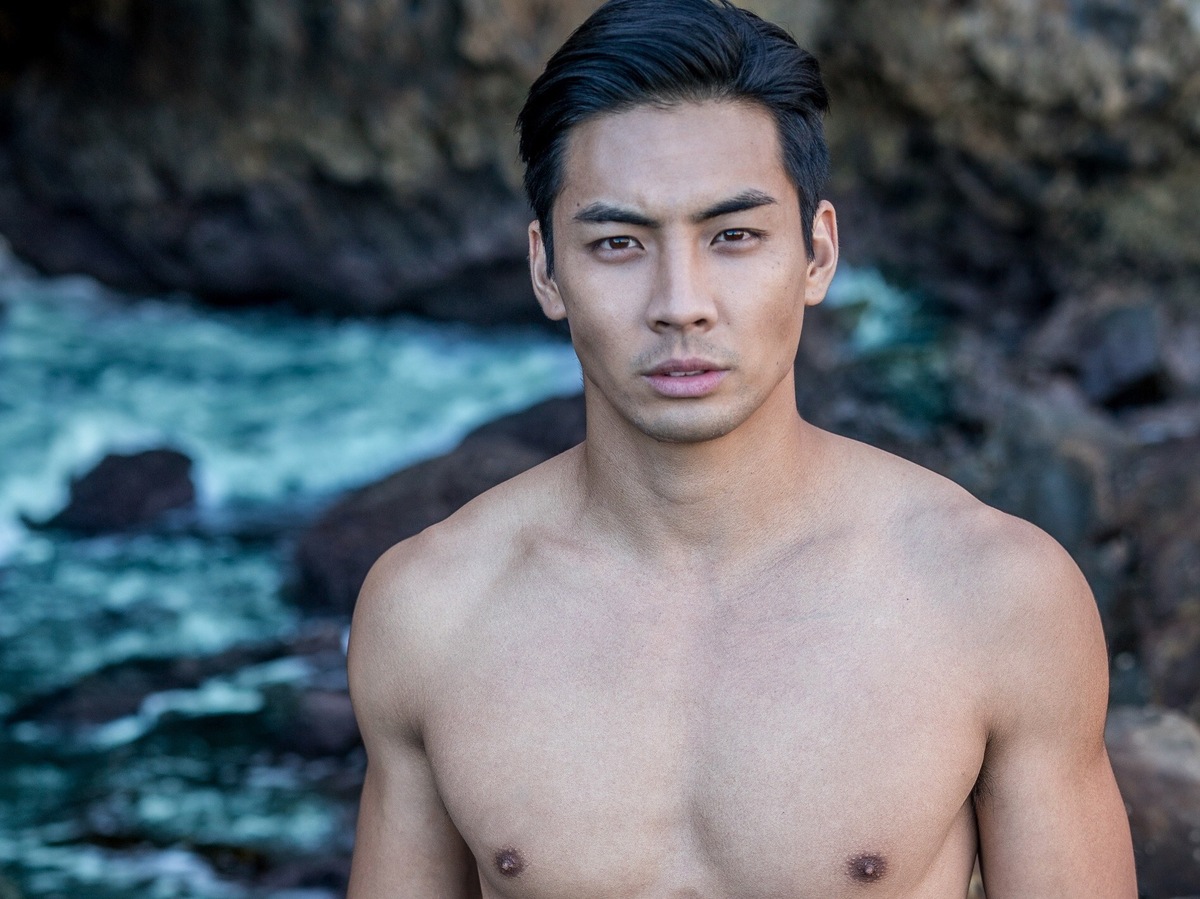 As an Asian-American woman, I've had any number of opportunities to see someone who looked like me on the big and small screen.

Since I was a little girl, I've seen Disney's Mulan, Trini Kwan from Fox Kids' Mighty Morphin Power Rangers and Dr. Cristina Yang on Grey's Anatomy, to name a few. And while the portrayal of Asian-American women by Hollywood and television could use some work — too often they're oversexualized or rendered exotic — at least we're present and have some depth.

But Asian-American male characters have exactly the opposite problem. They're rarely cast in the sexy, romantic roles and are more typically relegated to stereotypes or caricatures.

"That's if Asian-American men have been portrayed at all," Phil Yu, who runs the Angry Asian Man blog, told me. "Usually Asian-American men have been pretty much rendered invisible. But when they're around, when you see them, it's usually sidelined to sidekick status or probably the butt of a joke like 'Asian Nerd,' wimpy guys, perpetual foreigners."

What's So 'Cringeworthy' About Long Duk Dong in 'Sixteen Candles'?

I by no means want to take away from the talents of Asian male pioneers in western film like Jackie Chan, Daniel Dae Kim, Bruce Lee or George Takei. But let's be honest, they've all played the "perpetual foreigners."

A new Web short film called It's Asian Men! looks to do away with the image of Asian-American men as weak and effeminate by spoofing a movie that's all about male machismo: Magic Mike.

The film is only about seven minutes long, credits included, but it shows a completely different side of Asian-American men from what you see in Western film. 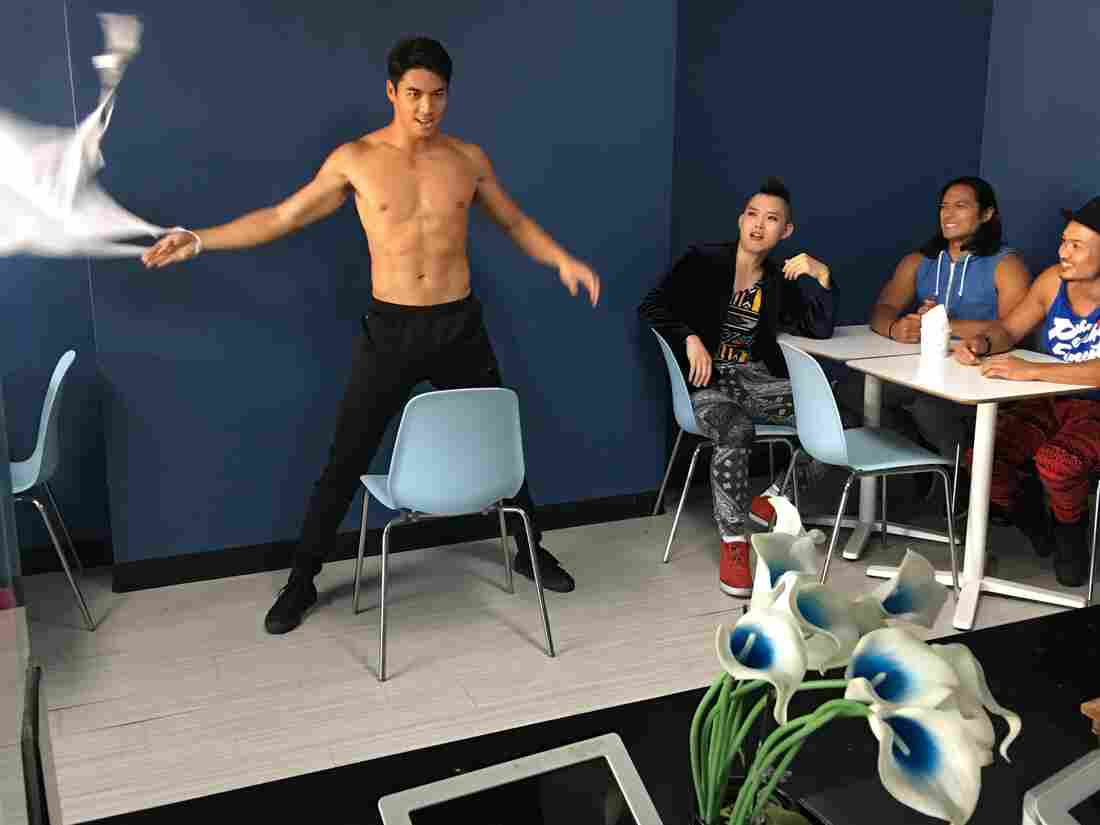 A behind-the-scenes shot from It's Asian Men! Courtesy of NaRhee Ahn hide caption 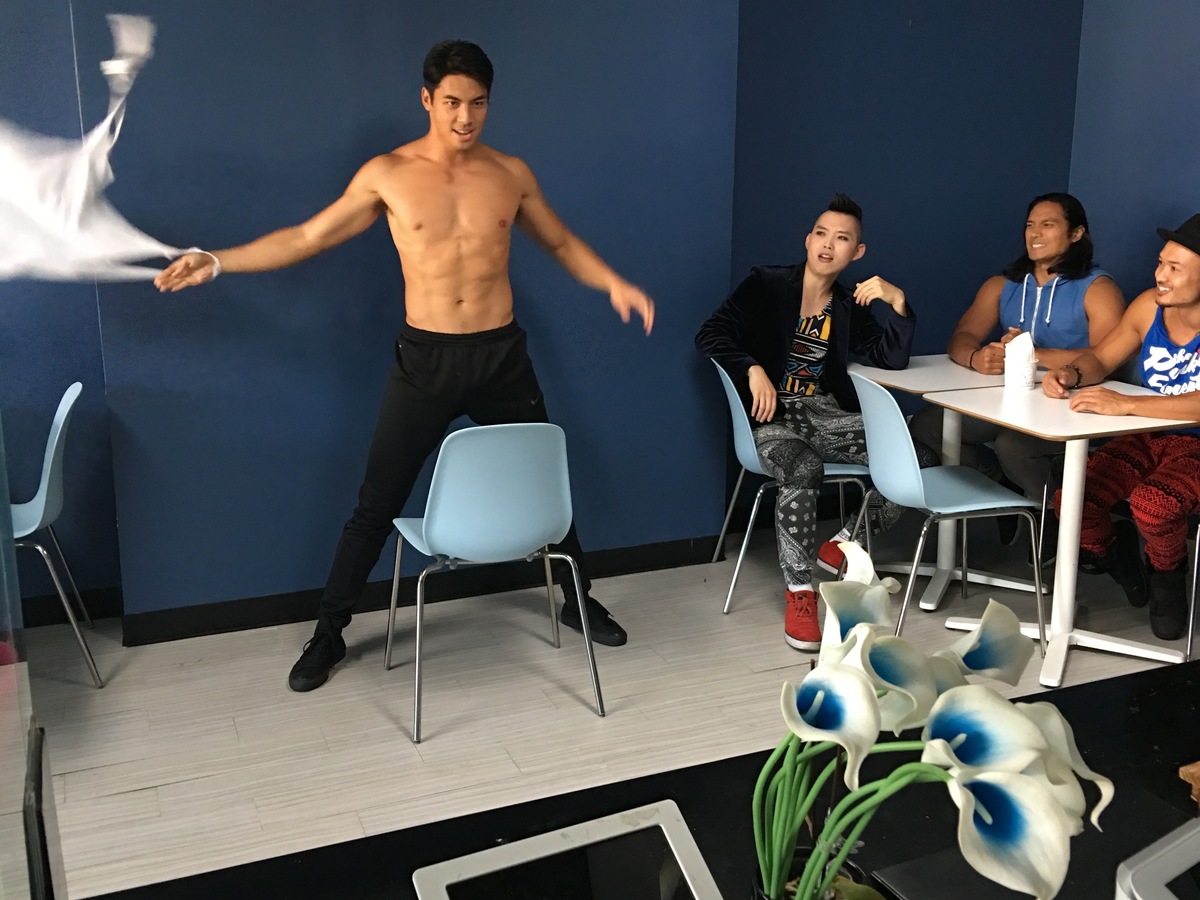 A behind-the-scenes shot from It's Asian Men!

Without giving too much away, let's just say that the movie involves a bed, a dream, and four hot Asian men. Even its soundtrack is meant to send a message. "Backup Man" by Bo Haan, one of the film's actors, is all about the plight of the Asian-American male dating experience: always the safe choice; always the backup man.

The film left me wondering why I thought the juxtaposition of "sexy" and "Asian men" seemed strange. That happens to be the motivation behind the message the film's creators are trying to send to Hollywood filmmakers: There are plenty of attractive, talented Asian-American men who can play the romantic leading man you're looking for.

NaRhee Ahn, the film's writer, director and one of its producers, says she and her all-Asian-American female crew could have cast the film many times over.

"I just really want people to notice the talent that they have as well as their good looks, because there's a lot of actors like that available," she said. "They just aren't being recognized by mainstream entertainment."

(There's some real-world evidence that Asian-American men are less preferred by American women. Over the years, online dating website OKCupid has studied its user activity. Researchers found that Asian-American men receive far fewer "likes" and messages compared with men of other races on their site. Days before It's Asian Men! debuted, OKCupid found that that trend still holds.) 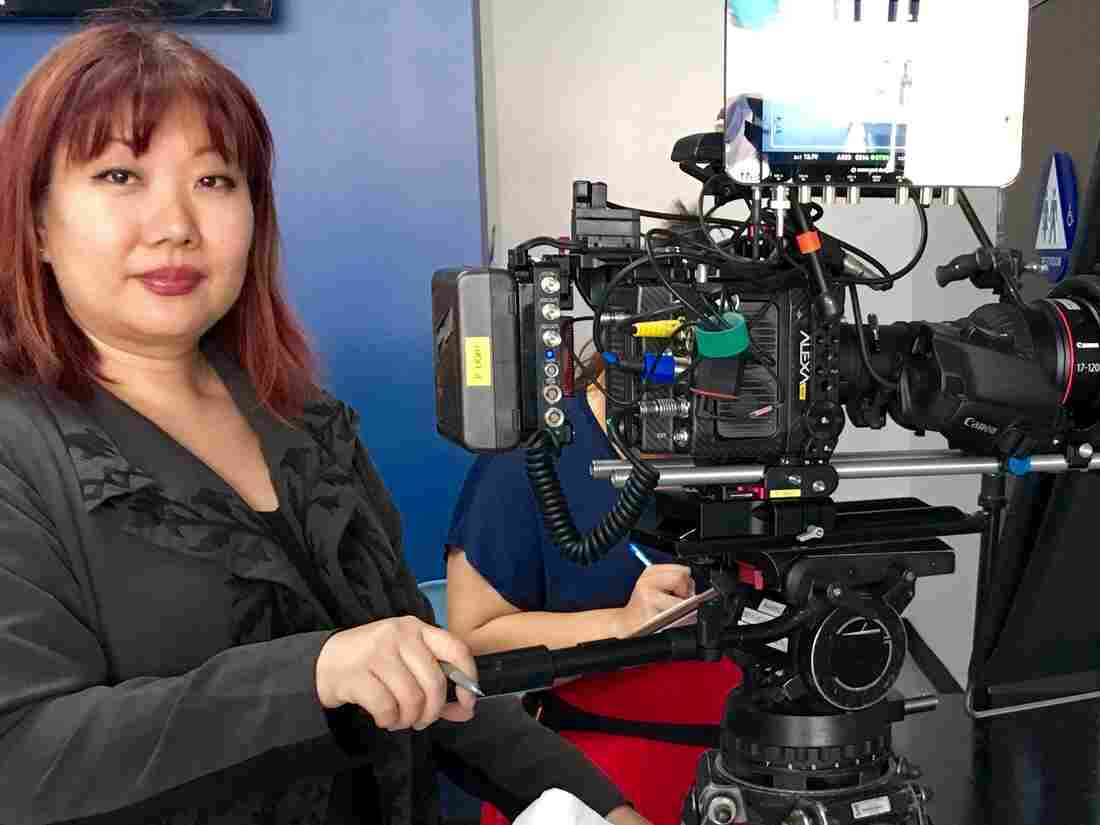 NaRhee Ahn directed the new Web film that was inspired by the "Haikus with Hotties" calendar. Courtesy of NaRhee Ahn hide caption 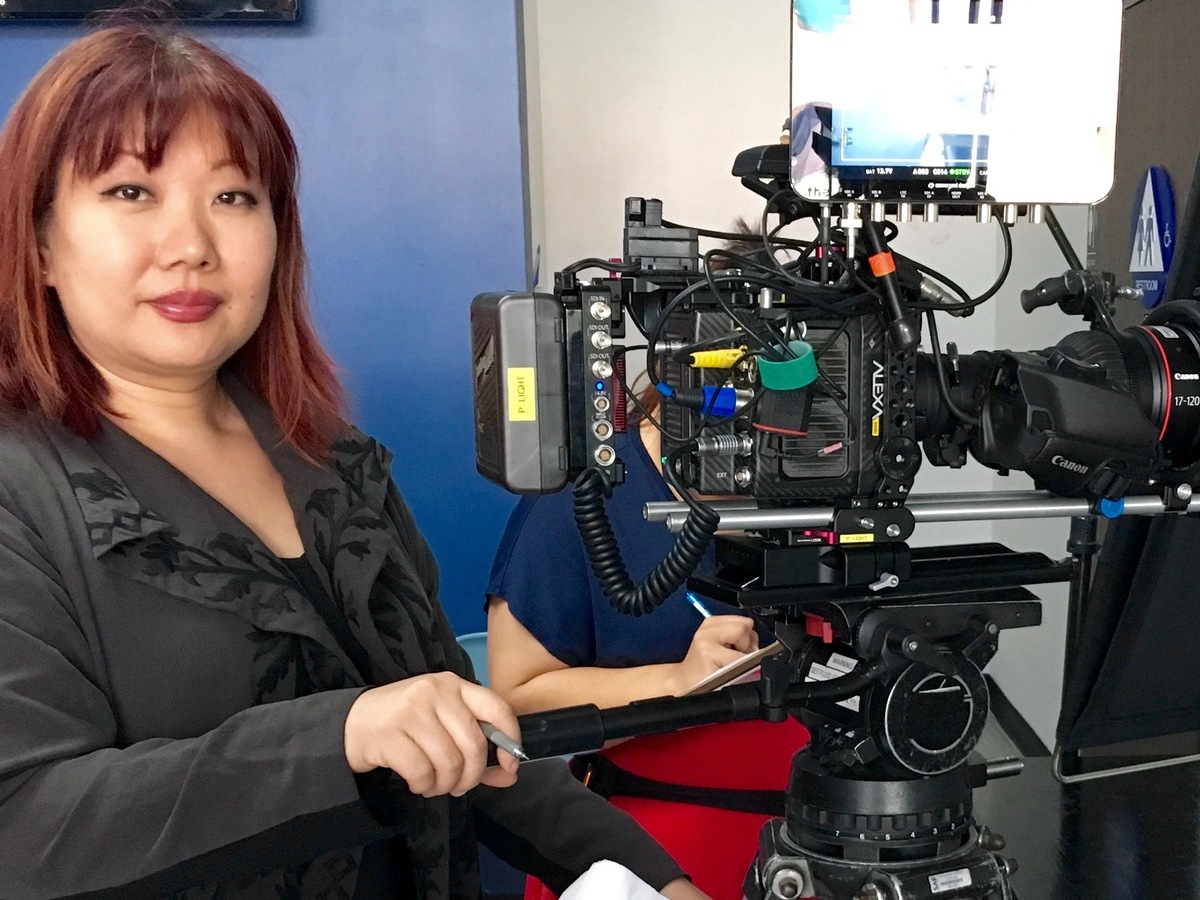 NaRhee Ahn directed the new Web film that was inspired by the "Haikus with Hotties" calendar.

Yoshi Sudarso, the leading man in It's Asian Men! doesn't look like any of the Hollywood stereotypes. He's hunky with toned arms, a washboard stomach with a sweet smile and shining eyes. A stunt man turned actor, Sudarso is probably best-known for his role as the Koda on the series Power Rangers Dino Charge.

He was offered the part in It's Asian Men! when the filmmakers asked journalist Ada Tseng for casting recommendations from her calendar, "Haikus with Hotties," which billed itself as "a series where we ask hot Asian men to share poetry with us." (The 2017 version will be "Haikus ON Hotties"). The calendar served as the inspiration for It's Asian Men! and has partnered with the film.

To be fair, RIGHT NOW is probably the best time to be an Asian-American man trying to make a career in front of the camera. There are a number of television shows with Asian-American men in significant roles, like ABC's Fresh off the Boat and Dr. Ken, the CW's Crazy Ex-Girlfriend and — until recently (spoiler alert!) — AMC's The Walking Dead.

And then there are all those attractive and talented male entertainers on It's Asian Men!

All four of them.

But it's getting better.

Julia Kim, a casting director and member of the Casting Society of America, told me that she's seeing more Asian-Americans, the fastest growing ethnic group in the country, showing up for casting calls. This, she said, gives casting directors more options to take to filmmakers.

That probably has something to do with a change in culture on the Asian-American side, Kim said. Traditionally, Asian parents want their children to enter solid, stable jobs.

"And acting is such a crapshoot and is such a risky occupation or career choice," she said. "But now that the opportunities are opening up and there's more shots at Asian actors having a career in acting, I feel like it's a viable option."

A previous version of this story misidentified a television show as Dr. Kim. In fact, the show is Dr. Ken.