Accessibility links
This Week In Race: A Verdict, The Donald, And The Other Donald : Code Switch From two trials that reveal much about Charleston, S.C., beyond its churches to a hard look at President Obama's record on race relations, some stories you shouldn't miss from the front lines of race.

This Week In Race: A Verdict, The Donald, And The Other Donald

This Week In Race: A Verdict, The Donald, And The Other Donald 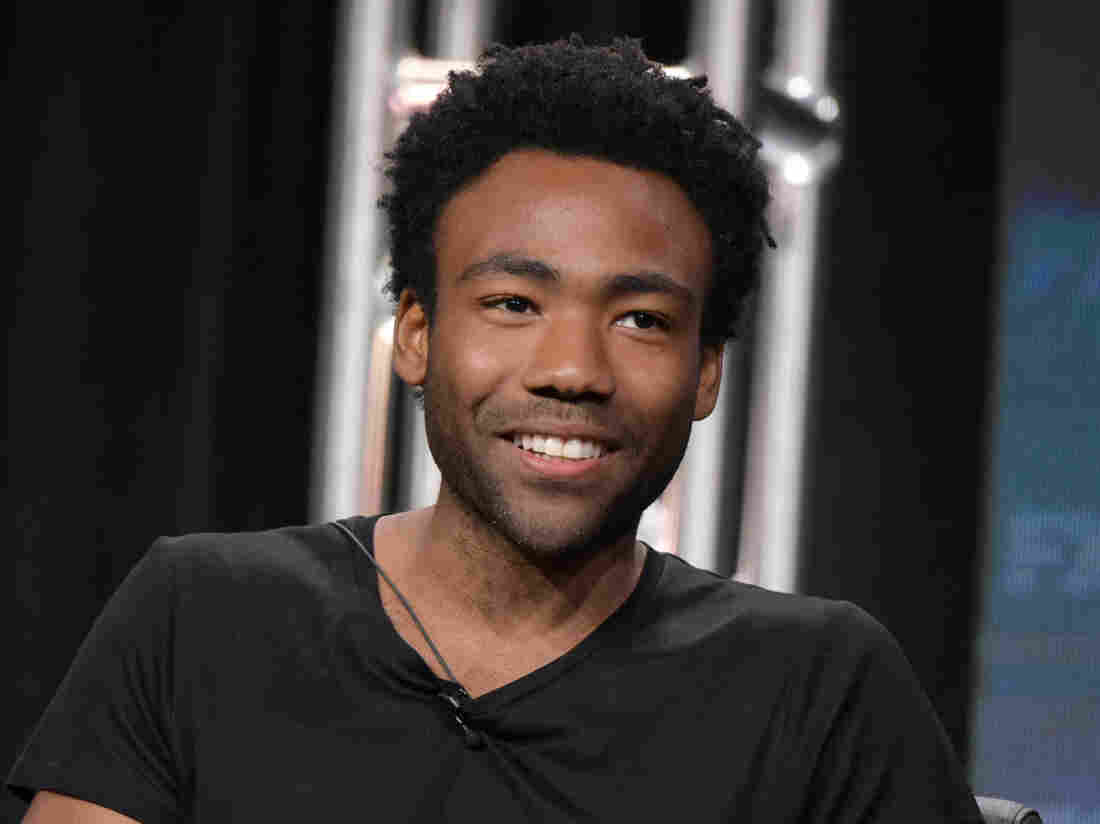 Donald Glover participates in a panel about his TV show Atlanta during a press tour. Richard Shotwell/Invision/AP hide caption 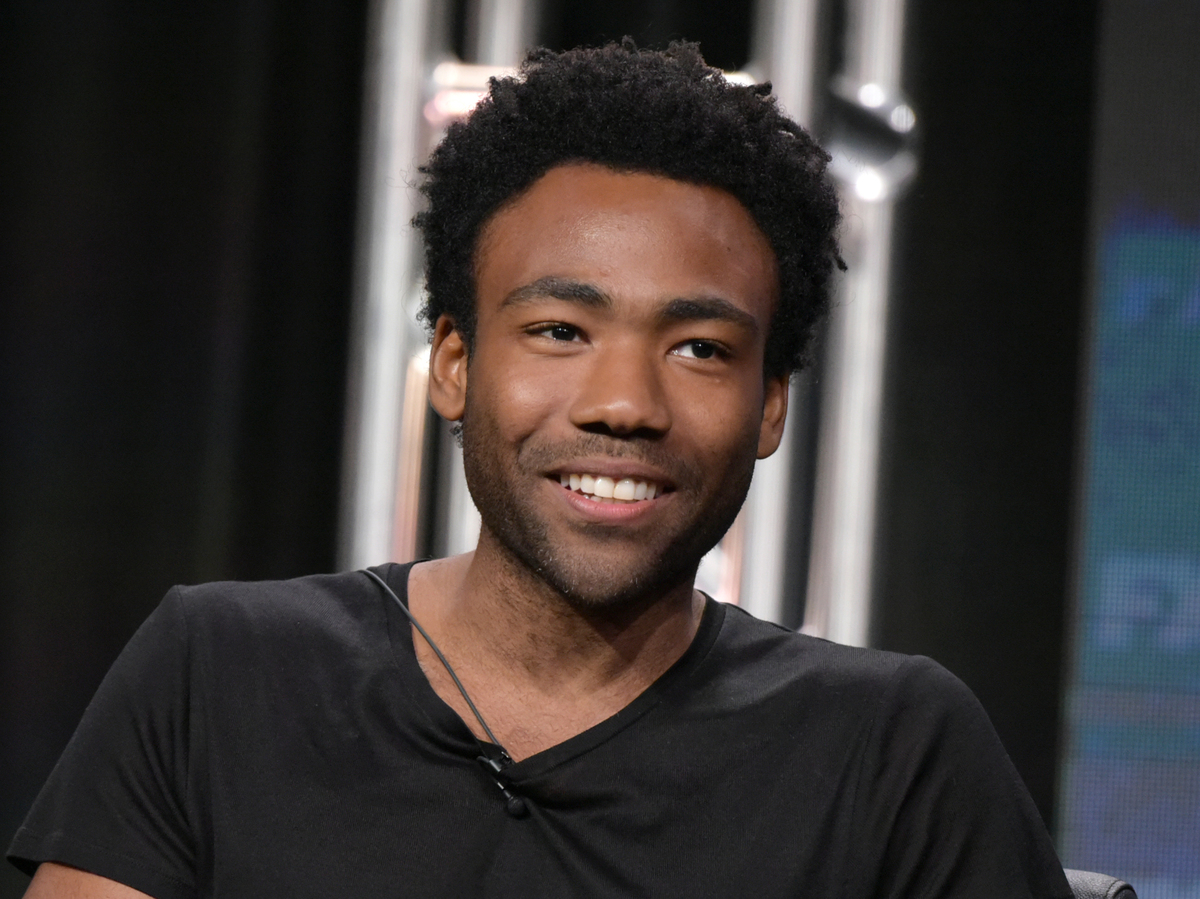 Donald Glover participates in a panel about his TV show Atlanta during a press tour.

Retrospective forecast: The racial weather this week started out stormy, offered a few hopeful rays of sunshine, then ended stormy.

A guilty verdict in Charleston

On Thursday, a jury in Charleston, S.C., found Dylann Roof guilty of the murders of nine churchgoers at the Mother Emanuel church. In June 2015, Roof shot the victims as they prayed during Bible study.

"Roof also explained at least some of his motives. He said he felt he 'had to' commit the crime because 'no one else was brave enough' and explained to the agents that he believed white people 'already are the second-class citizens.'

"Roof said he had been inspired after he searched on Google for the phrase black-on-white crime in reaction to the killing of 17-year-old Trayvon Martin, who was black, by neighborhood watch volunteer George Zimmerman."

The story "The Holy City" tells itself

Charleston, S.C., is nicknamed "The Holy City" because of its abundance of churches. The city, our teammate Gene Demby writes, tells itself a story that sometimes doesn't always jibe with history.

"Faith and race play big roles in the history of Charleston. In the stories the city tells itself about itself, Charleston joyfully celebrates the former, and rather impressively obfuscates the latter. That unacknowledged history coursed through the murder trials of Dylann Roof and former police Officer Michael Slager this month. The cases were different in important ways and ended that way — Slager's jury couldn't reach a verdict; Roof was convicted. But both came to be shaped by the politics of forgiveness, in which each case could be treated as tragedies that existed outside of any history that required acknowledgment." Demby, NPR

Do we all have the same definition of "unbalanced"?

Earlier this week, the Los Angeles Times published two reader letters that took issue with a story Times reporter Carolina Miranda wrote last month about the way national parks serve as reminders of our country's rocky history with race and civil rights. The letters were posted online with the headline, "Letters to the Editor: Were the stories about Japanese internment during World War II unbalanced? Two letter writers think so," and were in defense of the internment of Japanese-American citizens. One reader went so far as to write, "The interned Japanese were housed, fed, protected and cared for. Many who now complain would not even be alive if the internment had not been done." Twitter, not surprisingly, lost its mind.

The Times' readers' representative, Deidre Edgar, responded in a piece the following day, in which she astutely observed that the letters weren't "civil, fact-based discourse." "Outraged readers found the opinions offensive and insensitive," she acknowledged. The paper, Edgar noted, would print responses in its Dec. 18 edition. Tit for tat, I guess. Miranda, Letter Writers, Edgar, Los Angeles Times

And on the Twitters: what counts as "discourse" — or not

Following The Daily Show host Trevor Noah's controversial interview with a white supremacist, and his controversial op-ed in the New York Times in which he called for a less divided nation, Gene tweeted a bit about the concept of the "Overton Window," which provides the basis in public discourse for what is legitimate and what is unacceptable. "Illegitimate ideas — and noxious/dangerous ones," he tweeted, "creep into the universe of legit via the language of controversy and debate."

"And slowly, the Overton Window shifts. And suddenly, the humanity of entire groups is a subject of legitimate, mainstream debate." Demby, Twitter

The Atlantic's Ta-Nehisi Coates recounts various conversations with President Obama and mulls over the first black president's legacy and shortcomings:

"For much of his presidency, a standard portion of Obama's speeches about race riffed on black people's need to turn off the television, stop eating junk food, and stop blaming white people for their problems. Obama would deliver this lecture to any black audience, regardless of context. It was bizarre, for instance, to see the president warning young men who'd just graduated from Morehouse College, one of the most storied black colleges in the country, about making 'excuses' and blaming whites.

"This part of the Obama formula is the most troubling, and least thought-out." Coates, The Atlantic

The New Yorker's contributing writer Carrie Battan has this profile of actor Donald Glover, who plays the lead in the FX hit series Atlanta, the gorgeous homage to that city and its budding hip-hop scene. Glover, BTW, also raps under the name Childish Gambino, played Troy on Community and wrote for 30 Rock. As Battan noted about Glover, he has made a "point of blurring the line between himself and his alter egos, between self-awareness and self-consciousness." Battan, The New Yorker

The other Donald says a thing

On Thursday, President-elect Donald Trump gave a victory speech in Hershey, Pa., in which he called black people "smart" for not voting for Hillary Clinton.

According to the Tribune News Services reports:

"Thursday's rally in Hershey, Pennsylvania, found the president-elect calling for the mostly white crowd to cheer for African-Americans who were 'smart' to heed his message and therefore 'didn't come out to vote' for his Democratic opponent Hillary Clinton.

" 'That was the big thing, so thank you to the African-American community,' " Trump said. Chicago Tribune

"Politically correct": The phrase is both shield and weapon

I wrote about the origins of the phrase "politically correct" and traced its many meanings throughout time — starting in a 1793 U.S. Supreme Court case decision. Today, of course, the phrase is used in the political world as both weapon and shield. Chow, NPR

At first, we wondered if this was satire

Animation Roundtable: @SethRogen and 6 more on avoiding ethnic stereotypes and how to break the mold of princesses
https://t.co/wZQzS9ZQxO pic.twitter.com/VIWhLISpJT