Accessibility links
How Trump Criminalized 11 Million With A Stroke of His Pen : Code Switch The president's executive order greatly expanded the category of immigrants who could be deported. Advocates think this will help forge new alliances in the effort to resist his plans. 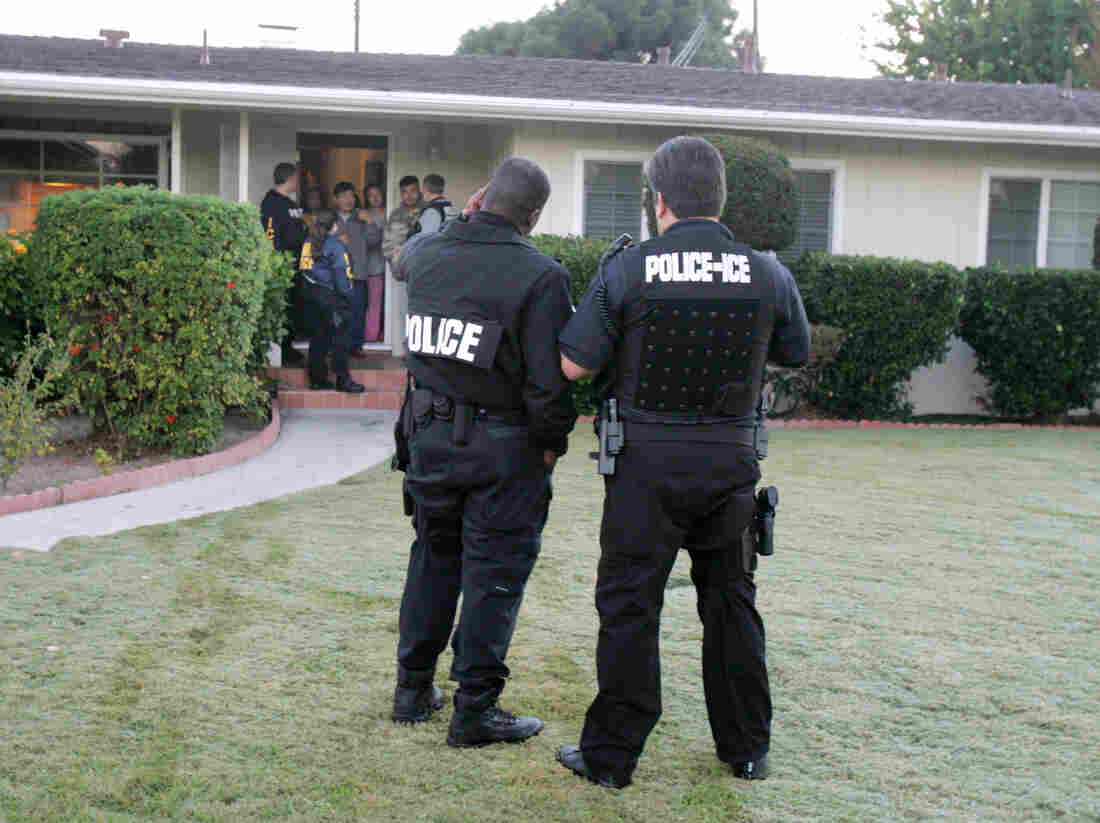 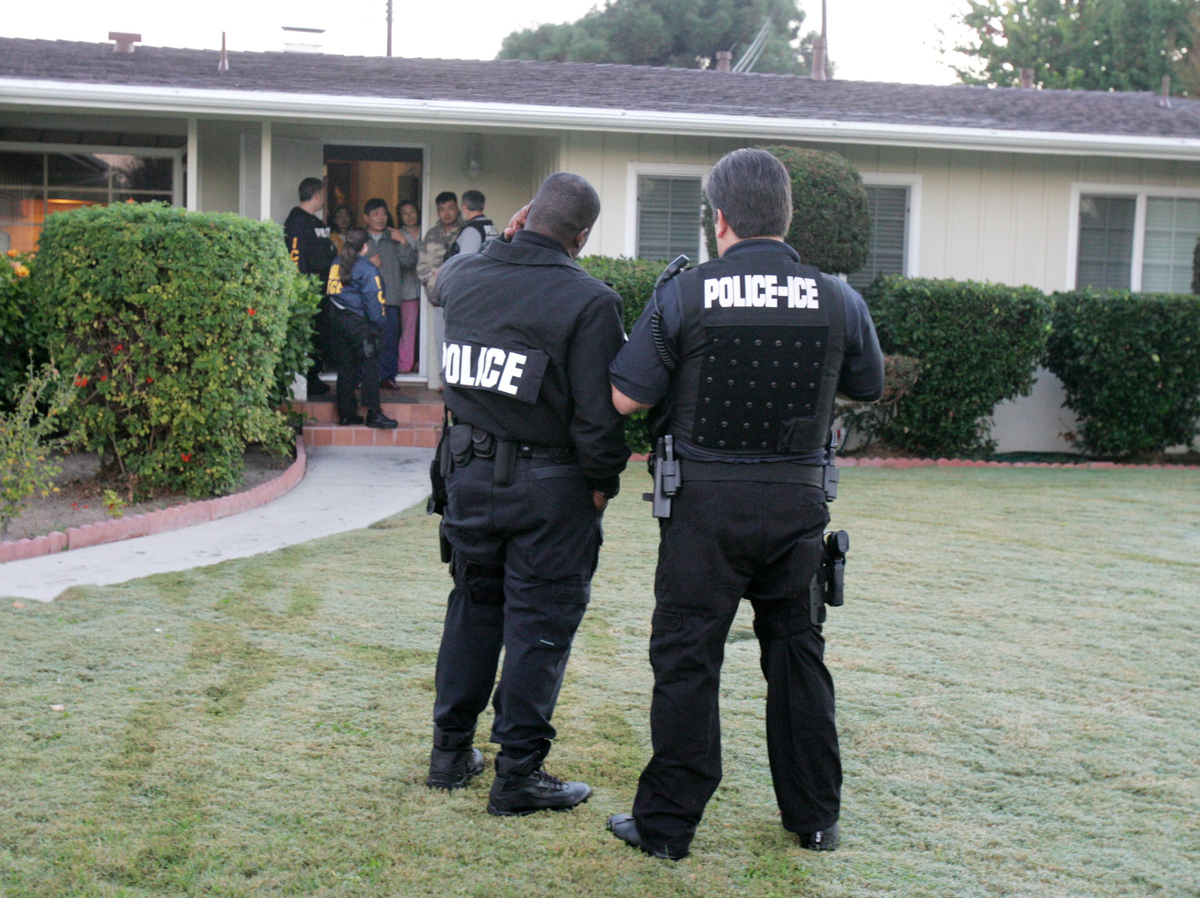 Immigration agents conduct an arrest in Southern California. President Trump's executive order on immigration broadened the category of immigrants whom the government considers a priority for deportation.

The notion that some immigrants in the United States illegally are more deserving of the right to stay than others has been a tenet of U.S. immigration policies for some time.

President Barack Obama often alluded to it when he talked about how the government should determine whom to deport. "Felons, not families," he said in 2014, suggesting that some immigrants are good and others are bad.

Some advocates rejected this proposition, highlighting, for example, immigrants with criminal convictions whose families are American in every measurable way. Other advocates acknowledged that protection from deportation for some would necessarily be won at the expense of others.

This fissure led to ruptures within the broader immigrant-rights movement. Grass-roots groups like the National Day Laborer Organizing Network argued that mainstream, inside-the-Beltway groups were willing to sacrifice certain immigrants, like those with convictions, to secure protections for others who they believed appeared as more sympathetic, like DREAMers.

President Trump's executive order on immigration enforcement has the potential to completely reframe this conversation, and by extension, forge stronger alliances among advocacy groups that have until now seen themselves as fighting for disparate segments of the nation's unauthorized population.

Whereas Obama set deportation priorities by distinguishing, at least on paper, between immigrants with serious criminal convictions and everyone else, Trump's policy seems to have expanded the criminal category considerably. Lawyers and advocates say the language in Trump's order essentially criminalizes anyone in the country illegally and in effect makes the roughly 11 million immigrants in the U.S. without authorization a top priority for deportation.

The unauthorized immigrants that the executive order says will be top deportation priorities include:

In particular, advocates are sounding alarms about the third entry. Because immigrants can technically face charges for entering the country illegally, Trump's order potentially makes any immigrant in the U.S. illegally a deportation priority just by virtue of being present. The Trump administration could potentially no longer distinguish between the deserving and the undeserving; between the "good" who can stay, and the "bad" who must go. Instead, it appears to be defining any immigrant here illegally — day laborer, former inmate, or DREAMer — as bad.

"It's becoming all the more clear that saying they're going after criminal aliens is just an excuse to criminalize immigrants at large," said Salvador Sarmiento of the National Day Laborer Organizing Network. And this, he said, "is definitely galvanizing a broader community" of immigrant-rights organizations that may have had conflicting priorities in the past but now see themselves as working toward the same goal.

Sarmiento said this realization is manifesting in policy, too. California lawmakers recently introduced a bill that would prohibit police departments from helping the federal government deport state residents. There are roughly 2.5 million immigrants without legal status in California.

"The bill is great because it doesn't pick winners and losers," Sarmiento said. "It does a really good job of rejecting that false division between good immigrants and bad immigrants. It says there should be due process for all Californians."

Local advocacy groups like Sarmiento's plan to monitor the legal defense funds that cities such as Los Angeles have established to provide lawyers for immigrants facing deportation. A big question is who will get to access that money. Any immigrant facing deportation, or only those with spotless records?

"The easiest thing to do would be to fall into Trump's trap and make big exceptions for anyone who has any supposed nexus with crime," Sarmiento said. "Whatever exceptions you make, you're doing Trump a favor."