Accessibility links
Despite Turmoil, Latinos In California Are Prospering : Code Switch California has the country's largest Latino population. And they are tied to the state's economic prosperity. A new study analyzes how they're doing. 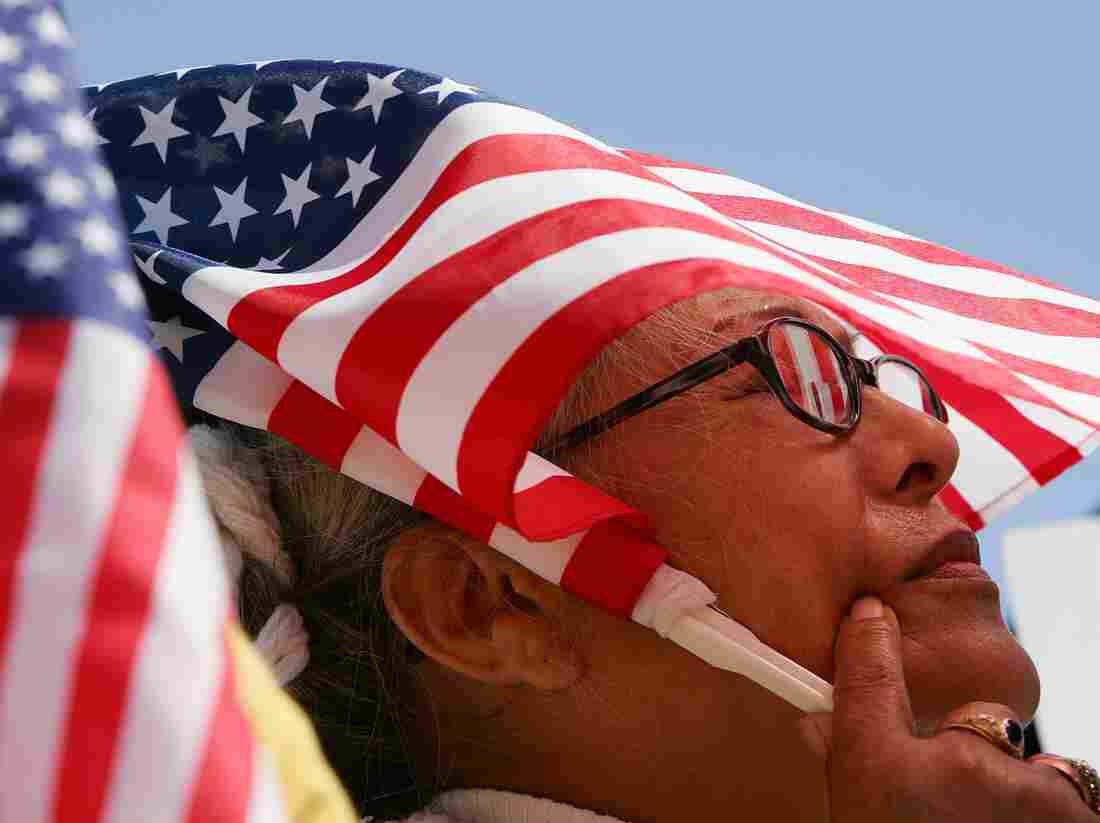 California has the largest Latino population in the United States. According to a new study, that population seems to be prospering. David McNew/Getty Images hide caption 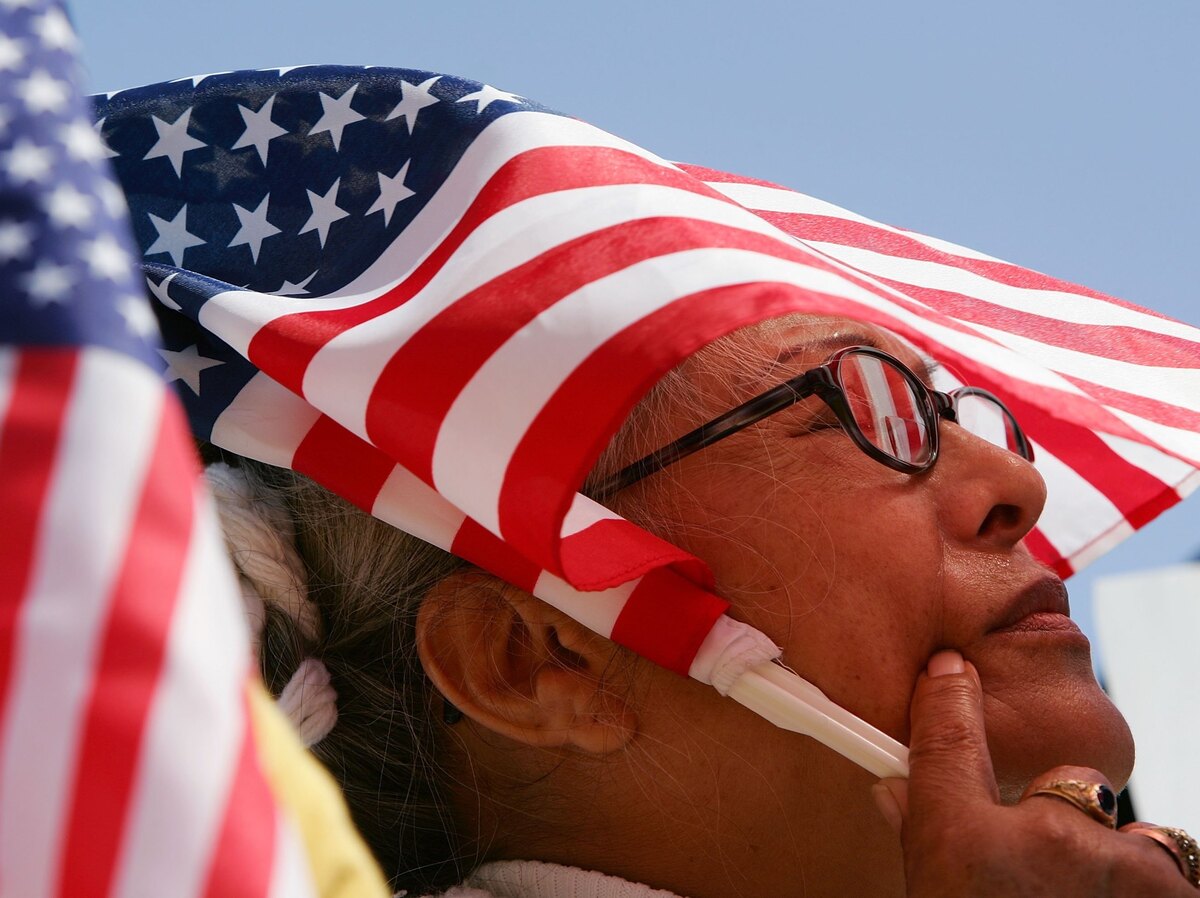 California has the largest Latino population in the United States. According to a new study, that population seems to be prospering.

It's been a tense week for immigrants and people of color throughout the country, but there was some good news in California: a new study by the advocacy group National Council of La Raza points out that the state's Latinos, as a group, are doing much better in many areas.

"Latinos in the Golden State: An Analysis of Economic and Demographic Trends" reveals an increase in the median household income for the state's Latinos, and a decrease in their poverty rate. Median incomes for California Latinos rose more than $5,000 annually, and the poverty level dropped 2.4 percentage points (a larger dip than for the state's non-Hispanic white households). And more Latino children now have health insurance: between 2013 and 2014, California "had the largest decrease in the number of uninsured Latino children," according to the study. The state's drop in those numbers accounted for a 44 percent drop in uninsured Latino children nationwide, although the report points out "the Latino child uninsurance rate (4 percent) is still double that of non-Hispanic White children (2 percent)." Further, children who have access to health care are an indicator that covered children "are more likely to surpass the economic status of their parents than those who lack coverage." 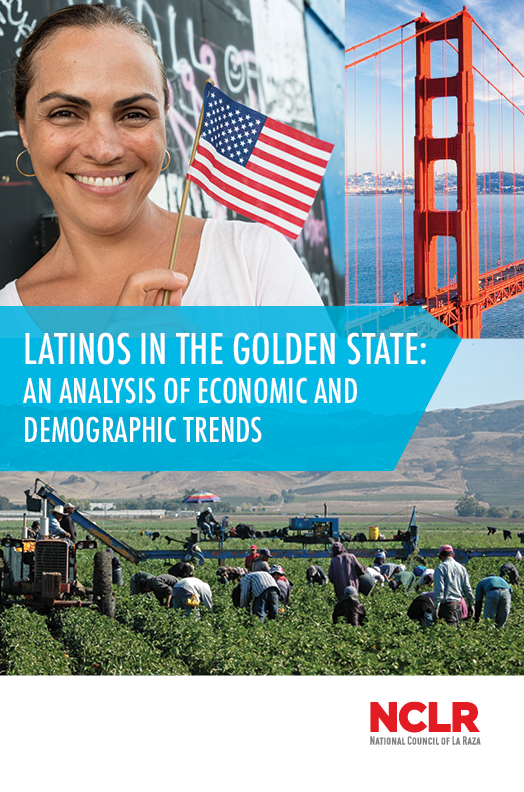 Part of the increased prosperity may be attributable to more Latinos earning college degrees, a figure that increased by 25 percent from 2011 to 2015, nearly three times the increase for non-Hispanic white Californians (8.8 percent). There was a similar bump for associate's degrees earned in the same period.

Latinas also fall behind in key indicators. They have the highest poverty rates in the state, with just about 22 percent of those 18 and over living in poverty, according to La Raza's report. The rate of Latina poverty is twice as high as non-Latina white women. Many are single mothers facing the high costs of rental housing and child care—two things which sometimes add up to 74 percent of their monthly income.

In general, California has some of the highest housing costs in the country, which might be a contributing factor to Latino homeownership stalling since 2012, as the report points out. (And according to the Center for Responsible Lending, the subprime mortgages offered to many minority families meant from 2005-2008 the collapse of the state's superheated housing market in 2008 left many homeowners underwater — especially Latinos and African Americans. )

Because the state is 39 percent Latino, a group that skews younger than the general population, they represent a large and growing portion of the state's economy and tax base. Arguably, the economic health and prosperity of California — and other states with similarly large Latino populations — will be intrinsically tied to its Latino contingent for the foreseeable future.