Accessibility links
The Other WWII American-Internment Atrocity : Code Switch There's another tragic and untold story of American citizens who were also interned during the war. They are the 881 Aleuts from Alaska who were held for three years.

The Other WWII American-Internment Atrocity

The Other WWII American-Internment Atrocity 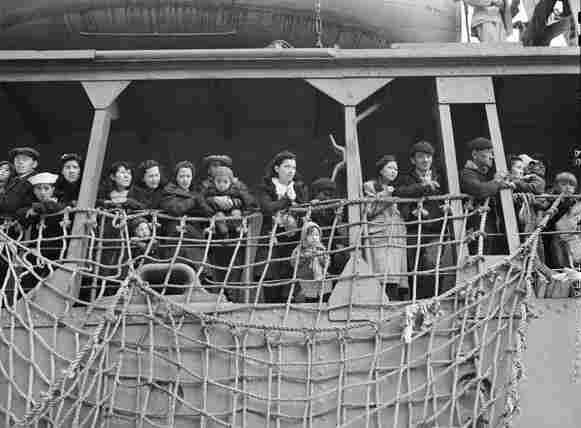 toggle caption
National Archives, General Records of the Department of the Navy 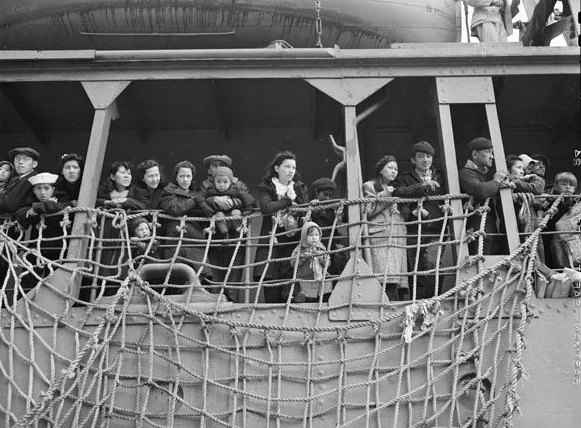 National Archives, General Records of the Department of the Navy

Editor's note on Jan. 3, 2018: This post has been edited to correct several major mistakes that NPR discovered since its original publication and after questions were raised about the author's tribal affiliation and other representations about himself. John Smelcer has defended himself against the allegations. This is the second editor's note on this story. The first, which was posted on Aug. 30, addressed the questions about Smelcer. Details about the corrections are at the end of this post.

Most American school children learn that Japan attacked Pearl Harbor on December 7, 1941, leading us to join World War II. This week marks the 75th anniversary of Japanese-Americans being subsequently rounded up and interned as suspected enemies of the state. But there's another tragic and untold story of American citizens who were also interned during the war. I'm a member of the Ahtna tribe of Alaska and I've spent the better part of 30 years uncovering and putting together fragments of a story that deserves to be told.

In June 1942, Japan invaded and occupied Kiska and Attu, the westernmost islands of Alaska's Aleutian Chain, an archipelago of 69 islands stretching some 1,200 miles across the North Pacific Ocean toward Russia's Kamchatka Peninsula. From a strategic perspective, Japan wanted to close what they perceived as America's back door to the Far East. For thousands of years, the islands have been inhabited by a resourceful indigenous people called Aleuts. During the Russian-American Period (1733 to 1867), when Alaska was a colonial possession of Russia, Russian fur-seekers decimated Aleut populations through warfare, disease, and slavery.

Shortly after Japan's invasion, American naval personnel arrived with orders to round up and evacuate Aleuts from the Aleutian Chain and the Pribilof Islands to internment camps almost 2,000 miles away near Juneau. Stewardship of the internment camps would fall under the jurisdiction of the U.S. Fish and Wildlife Services (USF&WS).

The Army's stated purpose was to protect the Aleuts, who were American citizens, from the dangers of war.

All told, 881 Aleuts from nine different island villages were transported to abandoned salmon canneries where some roofs and walls had holes, some windows and doors were broken, and some floors were rotted. Electricity, sanitation and running water were scant – or nonexistent.

The Aleuts were interned against their will for the duration of the war, long after the Japanese were routed out of Alaska, and were largely neglected by the very government that said it was protecting them. Ironically, less than 30 miles away, over 700 Nazis who had been captured in North Africa were imprisoned at a POW camp at Excursion Inlet. The Nazis, sworn enemies of America and our allies, were treated far better than the Aleuts, so much so that military historian Stan Cohen later wrote in The Forgotten War, "All in all, the German imprisonment in Alaska was quite pleasant."

In May 1943, the United States government even enslaved many of the men from the Pribilof Islands. The government threatened that none of the Aleuts would ever be allowed to go home (even after the war) if the men didn't "volunteer" to harvest fur seals for the war effort. By international treaty, only Native Pribilovians could harvest fur seals. They were told the furs would be made into liners for aviation jackets and helmets for American pilots and bomber crews, which was a lie. The men spent the summer sealing season on the tiny Pribilof Islands clubbing over 125,000 seals. The government sold the furs to the Fouke Fur Company of St. Louis, Mo., for $1.5 million in profits, all of which went straight into the government's coffers.

The Japanese invasion of Alaska never made it very far beyond the westernmost Aleutian Islands of Kiska and Attu. Over a period of 15 months, American soldiers eventually recaptured the mountainous islands in a series of battles which came to be known as the Forgotten War. In all, half a million soldiers — American, Canadian, Russian, and Japanese — were involved in the conflict, one of the least known yet toughest-fought battles in WWII, as explained by Brian Garfield in The Thousand Mile War. Some of the most horrific accounts of hand-to-hand combat in World War II happened at the end, when over 500 Japanese soldiers, unwilling to surrender or to be taken alive after a desperate banzai (suicide) attack, blew themselves up en masse with hand grenades at the foot of Engineer Hill.

The war in the Aleutians gave America its first theater-wide victory over Japan and the first experience at amphibious assaults in the war. Some 118 Aleuts perished from lack of warmth, food, and medical care. Smaller Aleut villages lost as much as a quarter of their pre-internment population. The Aleut deaths were avoidable. Medical supplies that had been allocated for the internment camps were instead taken by the military. The 700 German prisoners all returned home after the war without a single one dying during their imprisonment.

Although the Japanese invasion was defeated by the fall of 1943, the Aleuts remained interned until the end of the war in mid-1945. In 1980, the Commission on Wartime Relocation and Internment of Civilians was established. It reviewed the facts and circumstances surrounding the relocation and internment of tens of thousands of American civilians during World War II.

Forty-two years after the Aleuts returned to their villages, the U.S. government recognized that their constitutional rights had been violated.

In 1988, Congress passed the Aleutian and Pribilof Islands Restitution Act, which paid $12,000 to Aleut surviving victims of the internment camps. By then, about half of the survivors had long since passed away.

John Smelcer is the award-winning author of more than fifty books. His forthcoming historical novel, Kiska, is about the Aleut Internment experience.

A reference to all Aleut villages being burned as part of a "scorched earth" policy has been removed because not all the villages were, in fact, burned.

A reference to a quote from a video has been removed because the online transcript of that documentary does not include the quote, in which an Army officer purportedly told Aleuts that "y'all look like Japs."

Details about how and when Aleuts were moved from their villages were removed to clarify that they were not all transported at the same time.

The year the Commission on Wartime Relocation and Internment of Civilians was established was 1980, not 1988 as originally published.

A correction posted here on Feb. 22 has been removed because it mistakenly stated that President Reagan signed that commission into law. In fact, it was President Carter.