Accessibility links
For Black College Prospects, Belonging And Safety Often Top Ivy Prestige : Code Switch Over the past three years, nearly a third of HBCUs have seen at least a 20 percent increase in applications, which correlates with protests over high-profile racial-violence incidents. 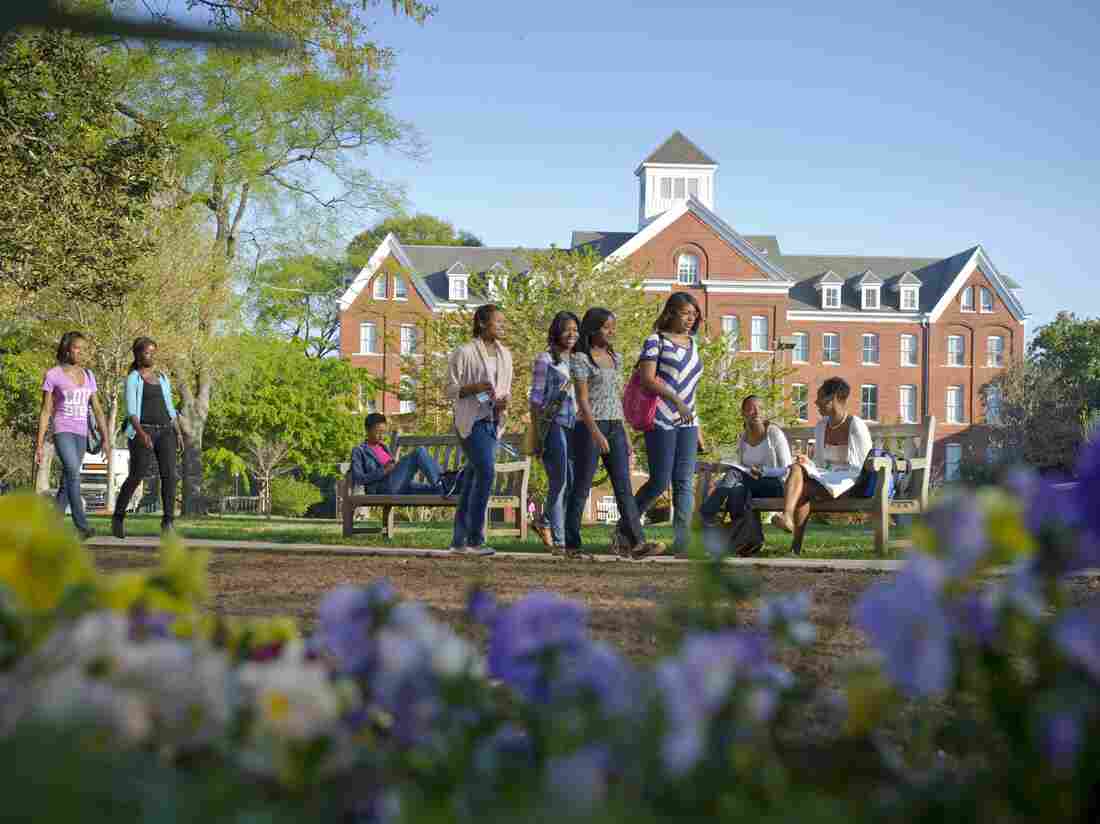 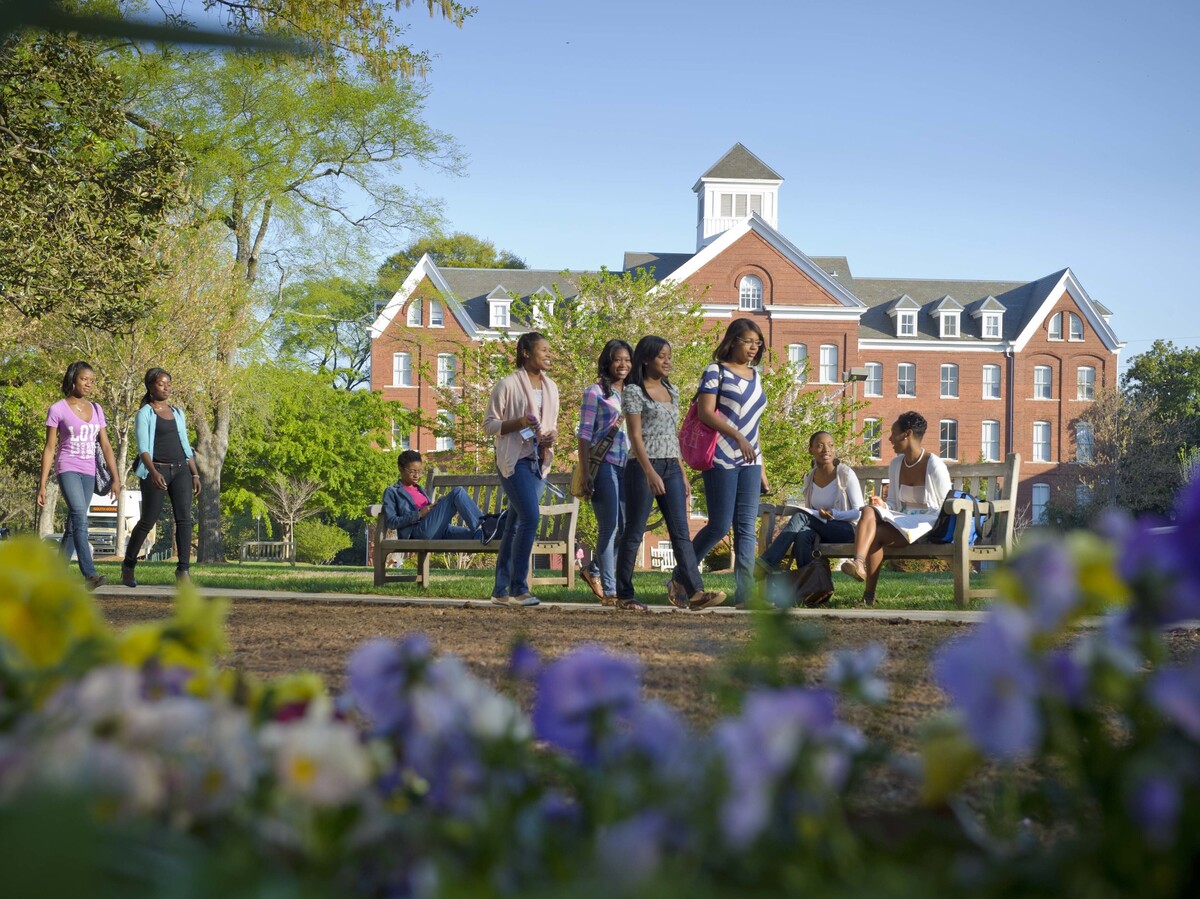 Students stroll around the campus of Spelman College, a historically black college in Atlanta.

Tales of talented black students on majority-white campuses running through a racial gauntlet that has them questioning their brilliance, abilities and place are familiar to parents like me who have a college-bound child at home.

The trauma that sometimes comes with being a black student at predominately white institutions is tangible. In their 2015 paper, "Reimagining Critical Race Theory in Education: Mental Health, Healing and the Pathway to Liberatory Praxis," Ebony McGee, a professor at Vanderbilt University, and David Stovall, a professor at the University of Illinois at Chicago, found that black college students who weather the effects of studying and living on predominately white campuses suffer from a "physical and mental wear-and-tear that contributes to a host of psychological and physical ailments."

"We have documented alarming occurrences of anxiety, stress, depression and thoughts of suicide, as well as a host of physical ailments like hair loss, diabetes and heart disease," McGee said in an article on Vanderbilt's website, adding that calls for black students to draw on mental toughness and perseverance — what researchers are referring to these days as "grit" — overlook the additional burden black students bear as they face off against overt and covert racism.

"We have witnessed black students work themselves to the point of extreme illness in attempting to escape the constant threat of perceived intellectual inferiority," McGee said. "We argue that the current enthusiasm for teaching African American students with psychological traits like grit ignores the significant injustice of societal racism and the toll it takes, even on those students who appear to be the toughest and most successful."

At a historically black college or university (HBCU), students with diverse economic, social and geographic backgrounds share similar cultural and emotional frames of reference that can take the edge off the rigors of college life.

Researchers at the University of Pennsylvania found that over the past three years, nearly a third of HBCUs have seen at least a 20 percent increase in applications — a spike that correlates with nationwide protests over high profile incidents like George Zimmerman's acquittal in Trayvon Martin's shooting death and Sandra Bland's jail death after a controversial police traffic stop.

Those protests spilled onto college campuses after students at the University of Missouri, citing volatile racial aggression against students of color, demanded — and got — the November 2015 resignation of the school's president and chancellor, who protesters said failed to address racial problems on campus. Success by Mizzou's students sparked sit-ins, rallies and protests at more than 100 colleges and universities, reverberating all the way through to earlier this month, when Yale University announced that, after campus-wide unrest, it would rename a residential college originally named after an alumnus who was a fierce slavery advocate.

And black parents are lockstep with their children — including famous ones like Taraji P. Henson, who publicly announced she decided against sending her son, Marcell Johnson, to the University of Southern California after he said he was racially profiled on the USC campus. She chose Howard University, an HBCU and her alma mater.

"I'm not paying $50,000 so I can't sleep at night wondering is this the night my son is getting racially profiled on campus," Henson said about her decision.

Like her, black parents readily admit to sleeping better at night, too, knowing that their babies are reasonably protected from possible racial violence — physically, emotionally, mentally — on a campus where they can engage in political, social and creative movements, and still have some modicum of room for joy in an affirming environment amid the political and social upheaval unraveling across the country America.

For black families, the choice of where a child should attend college is every bit as much about self-care as it is about getting a solid education, and HBCUs are building on their reputations for offering both in spades.