Accessibility links
Stand Your Ground Laws Complicate Matters For Black Gun Owners : Code Switch "When you look at the way that, African American men are treated when they're armed, already the deck is stacked against people who are judged or perceived to be a threat." Caroline Light 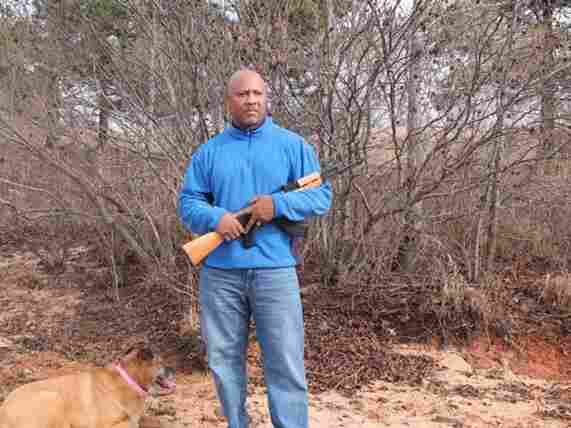 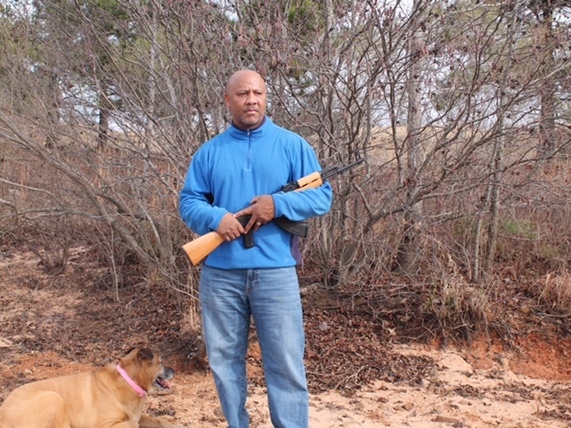 Harvard historian Caroline Light grew up with guns. Her family lived in Southwestern Virginia, and her parents regularly enjoyed hunting and shooting skeet (clay targets). They used guns on a recreational basis, not for what Light calls "do-it-yourself self-defense."

Yet that's precisely what millions of Americans are doing — arming themselves with guns on the off chance that they will need them. Several versions of "stand your ground laws," which allow individuals to use lethal force if they fear for their lives, have grown exponentially in the past few decades. The law's premise stems from a "kill-or-be-killed" philosophy, Light says, that has become "an ideology, and ideal, that's been rapidly spreading throughout the United States for a while."

Light's new book, Stand Your Ground: A History of America's Love Affair With Lethal Self-Defense, looks at how stand your ground descended from 17th century English common law. The so-called Castle Doctrine decreed that a man (women and children were considered property then) had the right to protect himself if an intruder breached the privacy of his home. That doctrine would later be applied in the English colonies across the sea, even before there was a United States.

But it wasn't for everyone. From this country's earliest beginnings, Light says, the right to kill a dangerous intruder or enemy was reserved for white, property-owning males. Settlers could kill native people who objected to the appropriation of their lands, but they'd face little, if any, retribution.

The reverse wasn't true for native peoples. "Native Americans who wanted to defend their homes from colonization had no legal grounds to stand on," Light notes. Nor did slaves or freedmen. During and well after the civil war, stand your ground was used to protect white men's homes and possessions — including wives and daughters — from the mostly imaginary threat of non-white predators.

Many former Confederate states did not allow blacks to own guns for decades. Despite that, many black households kept them quietly, for hunting and for protection from white vigilantes, and at times local officials. During the civil rights movement, many leaders, especially those in isolated rural areas, kept guns to protect their families.

In places where guns were legal, some blacks decided eventually to test the system. In Oakland, the Black Panther Party for Self Defense monitored the police — while armed. They explained they were not interested in interfering with officers' duties as they performed them — but neither were they planning to allow Oakland's police force to continue their notorious brutalization of the city's black neighborhoods.

The Panthers pushed the envelope even more when they openly carried guns into California's state capitol building in 1967; they pointed out that loaded guns, openly carried, were allowed.

Responding to the possibility of armed black men facing off with police forces in the state, California Representative Don Mulford had already introduced a bill that would ban loaded open-carry in public places. The bill was crafted to make it almost impossible for anyone to carry loaded guns anywhere in any California city and was being debated during the Panthers' visit. Shortly after the Panthers paraded through the state capitol, the legislature passed the bill, and it was approved by then-governor Ronald Reagan (who'd actually been at the capitol that day).

Armed black folks, whether during Reconstruction or 150 years later, tend to get attention. Philadelphia activist Maj Touré, the Founder of Black Guns Matter, sees no issue there. He travels through inner-city neighborhoods teaching gun safety and Second-Amendment rights to people whose streets are often plagued by violence, sometimes from the police. Touré has armed himself because, as he said, "I'm not going to be anybody's hashtag. I'm going to exercise my human right to defend myself, and I'm not gonna be a victim to somebody that doesn't want to respect my human rights."

Philip Smith began learning about and using guns after he moved from Northern California to the Atlanta area, where he found guns were very much part of the local culture. He founded the National African American Gun Association to, as its site says, "expose, educate, and motivate as many African American men and women to go out and purchase a firearm for self- defense and to take training on proper gun use." Smith believes in being licensed, competent and ready.

"We don't want to bother anyone," Smith said, "but we're not gonna let anyone come and break into our house at two in the morning and sit there and wait for the police to come, and get killed in the interim. We're gonna protect ourselves."

Low-Income PoCs Still Don't Trust The Police, But Would Work With Them

That belief seems to be gaining traction: According to a 2014 Pew Research study, the number of African Americans who believe gun ownership does more to protect people than endanger them nearly doubled in two years. And even as it urged its members to exercise their rights to keep "the thugs, gang bangers, illegal immigrants, the terrorists" at bay, the NRA broadened its outreach to ethnic communities. One of its spokesmen is lawyer and gun rights activist Colion Noir, who has become well-known for his appearances on NRATV.

Even if it's legal to carry a gun, if you're black, does having a gun actually make you safer? Stand Your Ground author Caroline Light isn't so sure. "When you look at what really happens out in the world," she said, "and the way that, especially, African-American men are treated when they're armed, already the deck is stacked against people who are judged or perceived to be a threat. Particularly people of color," she said. "Particularly men of color in the United States."

After Trayvon Martin's death in 2012, the Tampa Bay Times conducted an investigation in which it noted almost 200 stand-your-ground cases, and cited their outcomes. In addition to finding that such cases are on the rise "largely because defense attorneys are using 'stand your ground' in ways states never envisioned," the paper noted that defendants claiming stand your ground "are more likely to prevail if the victim is black." Blacks who use stand your ground are almost 15 percent more likely to face a penalty for doing so than their white peers.