Accessibility links
Why Rachel Dolezal Can Never Be Black : Code Switch "Like diamonds, blackness is created under extreme pressure and high temperature, deep down in the recesses of one's core."

Why Rachel Dolezal Can Never Be Black

Why Rachel Dolezal Can Never Be Black 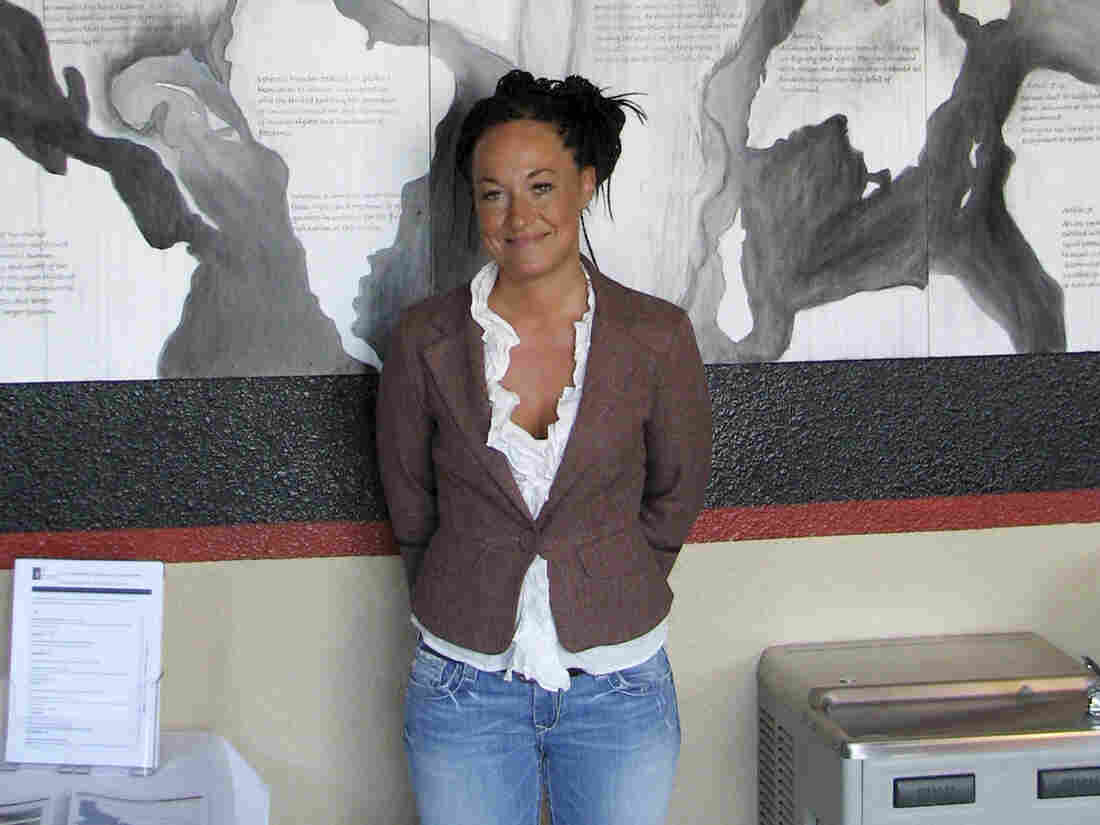 Rachel Dolezal stepped down from her post as the leader of the Spokane, Wash., chapter of the NAACP in 2015 amid criticism that she was passing herself off as black. Nicholas K. Geranios/AP hide caption 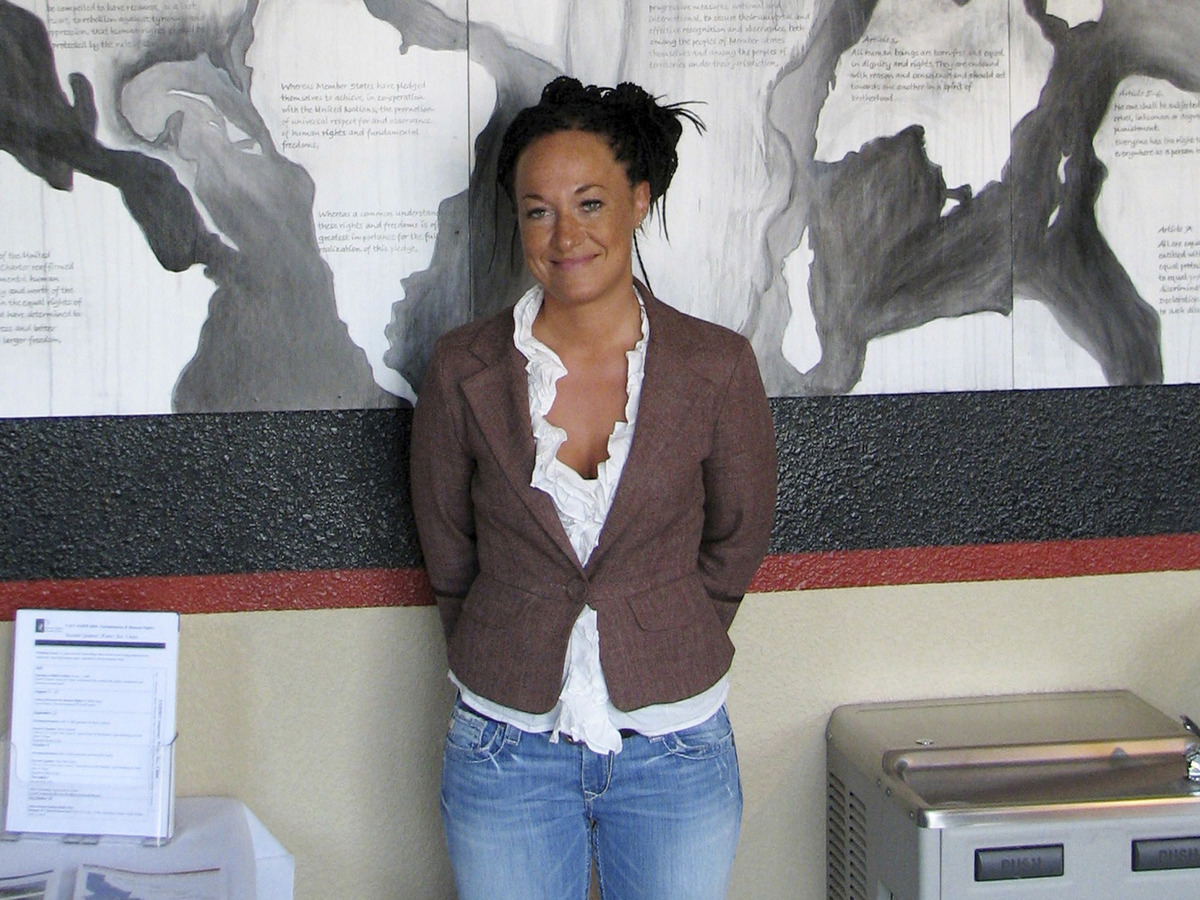 Rachel Dolezal stepped down from her post as the leader of the Spokane, Wash., chapter of the NAACP in 2015 amid criticism that she was passing herself off as black.

The white civil rights activist and former NAACP leader outed by her parents in 2015 for passing herself off as black is making the rounds with news that she is living on food stamps, a month away from homelessness, can't find a job and, perhaps most shockingly, has legally changed her name to Nkechi Amare Diallo.

News of Dolezal's precarious living conditions and new name — Nkechi is the Igbo word for "gift of God," with roots in Nigeria, and Diallo means "bold" in Fulani, a word that can be traced to both Guinea and Senegal — comes, not surprisingly, just weeks before her new memoir, In Full Color, heads to bookstores.

Who Gets To Be Black? Honor The Struggle, But Don't Forget The Jokes

For her part, Diallo is doubling down on her insistence that she is "transracial" — a woman who is the product of two white parents but identifies mentally, emotionally, physically and culturally as black. "I feel that I was born with the essential essence of who I am, whether it matches my anatomy and complexion or not," Dolezal told The Guardian earlier this week. "I've never questioned being a girl or woman, for example, but whiteness has always felt foreign to me, for as long as I can remember. I didn't choose to feel this way or be this way, I just am. What other choice is there than to be exactly who we are?"

Here's the thing, though: The woman formerly known as Dolezal is still a white lady with fussy hair and a bad tan, trying to make fetch happen. Snatching two words from two separate African languages and claiming them as a reflection of her connection with blackness cannot — and will not ever — earn her the soul of black folk.

Of course, on paper, it was probably a wise decision for Dolezal to pick a new moniker, considering the name her biological parents gave her incurs near automatic wrath from those familiar with her story, no matter their race.

For years, she denied her own family, heritage and skin color, claiming she was a mixed-race daughter of an African-American man who had fled the South after assaulting a racist police officer. So tremendous were her lies that she actually managed to talk herself into the president's chair in the NAACP-Spokane, Wash., chapter, onto the board of a police oversight committee and into a teaching gig in the African-American studies department at Eastern Washington University, where she taught classes on subjects like black and African art, African-American culture and "the black woman's struggle." It was her parents, from whom she is estranged, who exposed Dolezal's true identity, launching her into a national scandal and making her the bull's-eye for heated conversations targeting race, identity, blackness, cultural politics and whether one has the right and power to choose.

But none of this bothers her, it seems, more than being "evicted" from the good grace of the black community, she told The Guardian. "That was very painful, to feel kicked out of it. I think it's a mix of anger and sadness really for me, because I've struggled to stay away from turning bitter. But I do resent the fact that people knew that I gave so much, and I've done good things in the community. And when I could no longer do things for people I was thrown away."

Thus the new African name — the digging in.

Of course, in many cultures across Africa, the importance of a name and the excitement in choosing it are rooted in the community's investment in a child's destiny. Naming newborns, in many cases, honors ancestors, religion, a family's status, even expectations for what the child will accomplish in her lifetime.

In the case of the Igbo, the ethnic group from whose language Dolezal chose her new first name, a mine of information can be gleaned from the names parents and grandparents choose for newborns: Nwawulo means "a child guarantees that the home continues"; Chinua means "may God fight for me"; Iheanacho celebrates "what we have been looking for." The names are messages, values, prayers. Hope. A history.

In taking an African name, Dolezal looks to change her destiny — to revise history. To claim what is not hers to claim.

Blackness is a bright and shiny diamond, and here in America, everyone wants to wear it like a Rockafella chain around their neck. The attitude, the language, the humor, the music, the style, all of it is covetable, and everyone from the Kardashians (with their signature curvy bodies and thick, puffy lips) to cereal companies (with their hip-hop commercial jingles) to a white second-grade neighbor (twirling around in the yard singing Beyoncé's latest hit) get high — and rich — off it.

But, like diamonds, blackness is created under extreme pressure and high temperature, deep down in the recesses of one's core. It is sitting between your mama's knees on a Saturday night, hunched over as she runs a hot comb through your kitchen. It is showing up to the family reunion and running board on Uncle Ned, the foul-mouthed Spades champion who remembers every ... single ... shady ... thing you did as a baby — and repeats it to anyone within earshot. It is dealing with the tambourine on the twos and the fours on early Sunday morning as you march in the choir processional to that down-home gospel song that leaves the entire congregation shoutin' and praisin'.

Blackness is black-eyed peas and collard greens with neckbones and chitlins on New Year's Day — not just for the eating but for very specific wishing. It is being followed in the store and told what you can and can't afford by a salesperson whose weekly salary is what you just spent on a casual lunch; it is sitting on the curb outside your apartment building with your hands behind your head, waiting for the police officer to decide if he's going to let you go or put you in the back of his squad car.

Blackness is all up in the bones — in the sinew.

And it is the ultimate in white privilege, really, for a white woman to see that diamond, all shiny and hard and unbreakable, and pluck it for her own, like it's a gift from Tiffany's, with seemingly zero regard for the pressure, the heat, the pain it went through — that we went through — to earn that shine.