Accessibility links
This Week In Race: Best Picture, Worst Picture, Picturing Trump's America : Code Switch Kellyanne Conway's breach of Oval Office etiquette ushered a wave of reaction online, while a little independent film reigned on Oscar night and had everyone in their feelings. 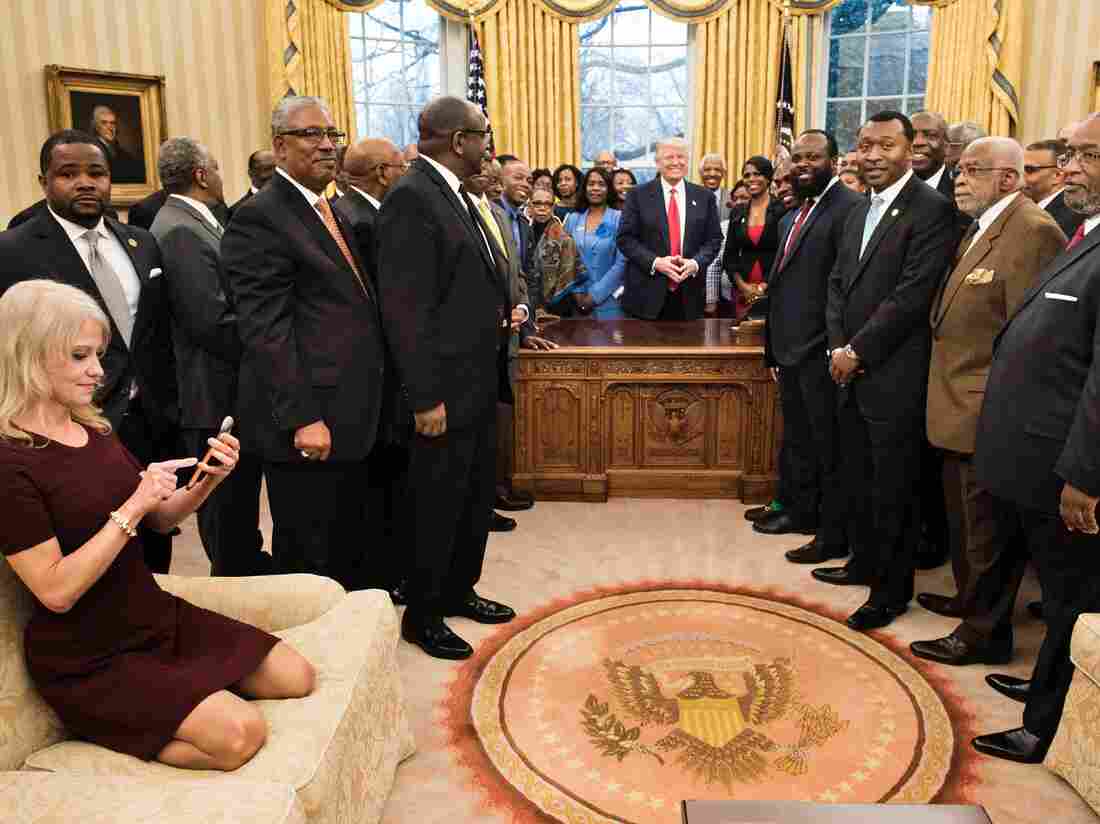 Counselor to the President Kellyanne Conway, left, checks her phone Tuesday after taking a photo as President Trump and leaders of historically black colleges and universities pose for a group photo in the Oval Office. Brendan Smialowski/AFP/Getty Images hide caption 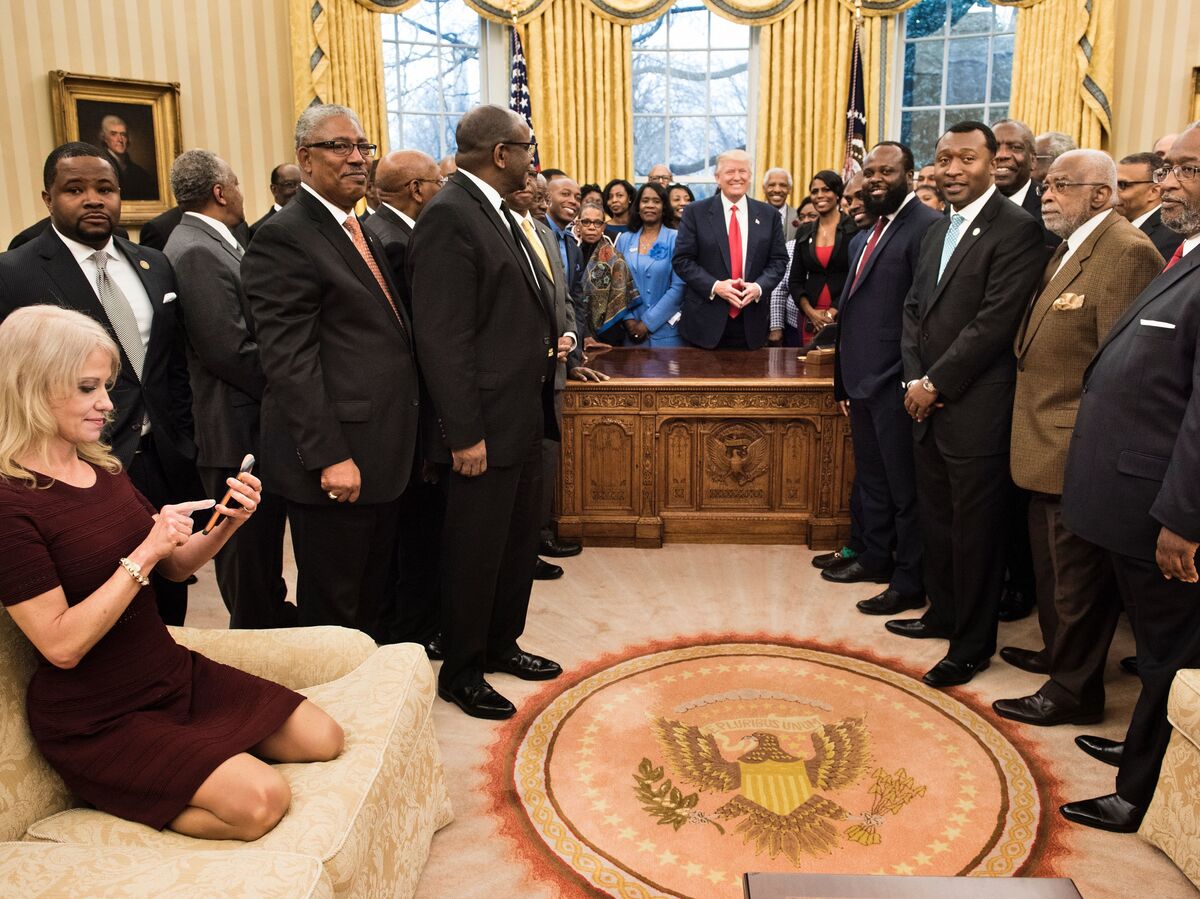 Counselor to the President Kellyanne Conway, left, checks her phone Tuesday after taking a photo as President Trump and leaders of historically black colleges and universities pose for a group photo in the Oval Office.

Let's start with Sunday night, because, how could we not? You already know about the Moonlight cock-up (leave it to the British to give us a perfect word for what that was), but did you know this: although Moonlight's Mahershala Ali was described as the first Muslim to win an Academy Award, Pakistan isn't having it. Apparently, the sect to which Ali belongs is outlawed in Pakistan. The Atlantic broke it down for us.

Then the next day, all hell broke loose over another picture — although it's probably not being described as a best picture. Kellyanne Conway's sofa-straddle in the Oval got the internet talking. And inspired some terriffic memes. The awkwardness occurred when the counselor to the president was in the room as a couple dozen presidents of HBCUs were ushered in to meet POTUS. Hard to tell from the photo who was more pleased. But apparently a lot of people weren't pleased by what they saw as a Ms. Conway's breach of etiquette. As usual, Awesomely Luvvie came with the crispy analysis. This is why we can't have nice things.

Tuesday brought the president's Joint Address to Congress. (It wasn't a State of the Union — that comes next year when he has governed for a year.) Many analysts said it was his inaugural American Carnage speech, sweetened with a few points of light and caramelized with a passed-torch analogy. Included among the Democrats' guests: several Muslims who have contributed to the country, like the Iraqi-American doctor who sounded the alarm about Flint, Michigan's heavily leaded water.

Halfway around the world, a Toys R Us store had a big and problematic display in Portugal: a waist- high brick wall that bisected the front of its store in the city of Gaia. Miguel Layún, a star player for the Mexican National soccer team, noticed, was offended, and left. But not before tweeting:

Remember Rachel Dolezal? She's baaaaack. Dolezal made headlines in 2015 when it was revealed she was white but passing for black. In interviews, she insisted she didn't "feel" white, and described herself as "transracial." Dolezal's memoir, "In Full Color: Finding My Place in a Black and White World" is about to be published at the end of this month. The byline says Rachel Dolezal, but that's no longer her real name. She legally changed it at the end of last year, presumably to reflect the cultural ancestry biology has denied her. She is now legally known as Nkechi Amare Diallo. The three parts of her name come from at least two different African countries, which maybe makes her black after all. (Calm down — kidding!)

Finally: What if you're not one thing passing as another? What if you're really two things, and you love them both and want to honor both? That's what our latest podcast episode looks into, when co-host Shereen Marisol Meraji travels to Holyoke, Mass to visit the nation's largest off-island Puerto Rican community. She did it to mark the centennial of the Jones Act, which made Puerto Ricans citizens. Sort of. But without full citizen power. (They don't pay federal taxes, can't vote in presidential elections.) Shereen talks to Boricuas about their love of the island and its culture, and how they're working through being Puerto Rican and American. It's an emotional listen.

That's it for now. Try to stay off the furniture this weekend, hear?