Accessibility links
Writing Past The White Gaze As A Black Author : Code Switch "I wanted my characters to be respectable. I wanted them to somehow escape the judgement they'd get for just being, the same kind of judgement I've gotten for just being..."

Writing Past The White Gaze As A Black Author

Writing Past The White Gaze As A Black Author 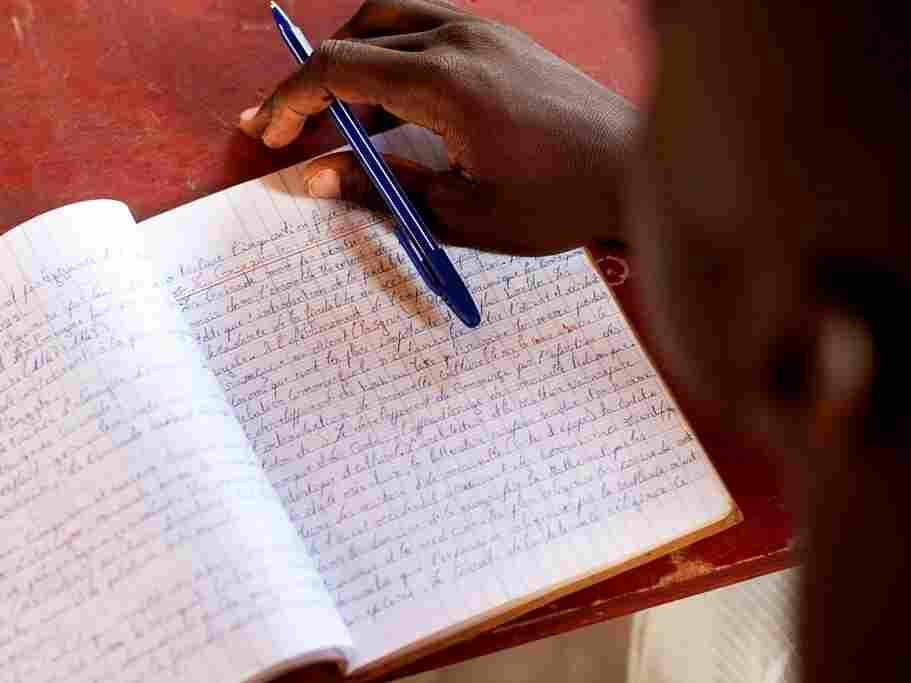 "What happens to the writerly imagination of a black author who is at some level always conscious of representing one's race to, or in spite of, a race of readers that understands itself to be 'universal' or race-free?" Getty Images hide caption

When I started writing stories four years ago, I knew, in a very vague but urgent way that I wanted to tell "my story," or at least the stories that were important to me: stories about the people I knew and loved, black and brown people, first-generation kids and our parents, poor people and working-class people and barely-middle class people trying to find meaning and connection and comfort.

So when I was presented with the chance to write Blacktop, a book series about a group of teenage misfits who find each other through basketball, I felt excited and ready. I'd written about basketball before, and I've played since I could walk. One of my earliest memories is of my six-foot father blocking my shot into a patch of wet grass.

The trouble started on the first page. I sat down, ready to catch all the great ideas coming down the creative flume, and instead I got a bunch of questions: Who was this story for, this story about a black kid playing basketball? And isn't this kind of cliché? Or maybe the assumption here is that black kids will only read if there's a ball involved? And so am I, by extension, by writing this series, encouraging the idea that black people are only interesting or important or valuable in relationship to our athletic skills?

This kind of thinking isn't unique to me. Writers are natural parsers and over-thinkers. Plus I've known for a long time that as a black person, some white people expect a performance from me, something that might confirm what they think they know about my identity. That's why "You don't really sound black" actually means "I'm measuring everything you do and say against my very dim understanding of blackness." Take all of this as understood. What surprised me was that these questions took up so much imaginative space, and did it so quickly, and were in fact so large and puzzling that they stopped me from writing anything. 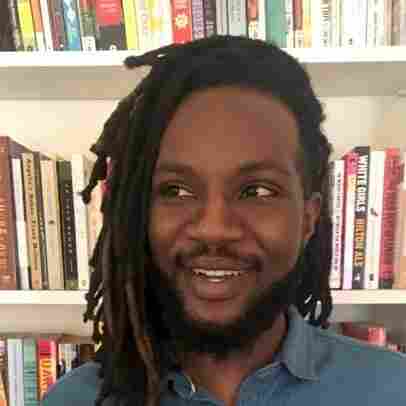 I was searching for remedies to writer's block on YouTube when I found a video of Toni Morrison talking about the white gaze — the assumption that the reader is white and the resulting self-consciousness in your thinking and writing. Stories you know to be true and interesting somehow become distorted and unfamiliar. I'd try to write a scene about two kids trying to dine-and-dash, something I'd done, and stop to wonder if I was playing into narratives about "black criminality." I'd try to write a scene about a kid getting into a fight, something else I'd done, and feel like I was fueling ideas about "black-on-black violence." But now this feeling had a name, which took away some of its menace, and suddenly writing seemed possible.

Later on I read Playing in the Dark, Morrison's analysis of whiteness in American literature, in which she asks us to consider "What happens to the writerly imagination of a black author who is at some level always conscious of representing one's race to, or in spite of, a race of readers that understands itself to be 'universal' or race-free?"

It was the "in spite of" part of Morrison's question that rang most true to me. You're in this fictional universe where these black and brown kids are being kids, cutting up, looking for love, learning, failing, doing the hard work of becoming. In this universe there are also these white people standing in their living rooms, cousins and aunties of Baldwin's "little white man in all of us," quietly tsk-tsking at our heroes. Kids wandering the streets! Without parents! They check the locks on the windows. And then here I come, your bumbling narrator, trying to smooth things over and reassure these white folks that, actually, these kids are good and complex. You just don't know them. They're respectable.

This kind of thinking leads a writer to disaster. I was so conscious of that imagined tsk-tsking that I couldn't make these kids — who I knew in my heart, who I'd run into on a thousand basketball courts, who were perfect because they were good and flawed — I couldn't make them unkind or silly or petty or in any way complicated. Which is to say that I couldn't make them human. It wasn't until I figured out how to quiet those white voices that I was able to start writing again. What works for me is reminding myself that I'm just telling stories to the people who told me the first great stories I heard: my mother, my neighbors, my childhood friends. In my head they're sitting in these theatre-style seats and I'm standing in front of them, with one of those old-timey mics, trying to get them to feel something.

It's no secret that the stories we tell are important — they give shape to our experiences, they document our humanity, they cultivate our sense of possibility — but I realize now that I'd underestimated the mental work that "telling your story" actually takes, the kind of sustained effort needed to resist everything this country tells you about how marginalized or unimportant you are without the white gaze.

I've also found timeless models in the work of Toni Morrison and Jamaica Kincaid and Zora Neal Hurston, whose work focuses on the experiences of black people, black women in particular, and isn't all that concerned with what non-black readers might think or say. They show me on every page what it means to be imaginatively free. It is, like every form of freedom, something I don't take for granted.

LJ Alonge is the author of Blacktop, a young adult fiction series. Follow him @Lanre_Ak.