Accessibility links
When Clothes Make The Man Appear Dangerous : Code Switch The revival of playwright Luis Valdez's "Zoot Suit" reminds us that clothes and garments have long been the site upon which bigots can project their prejudices and fears. 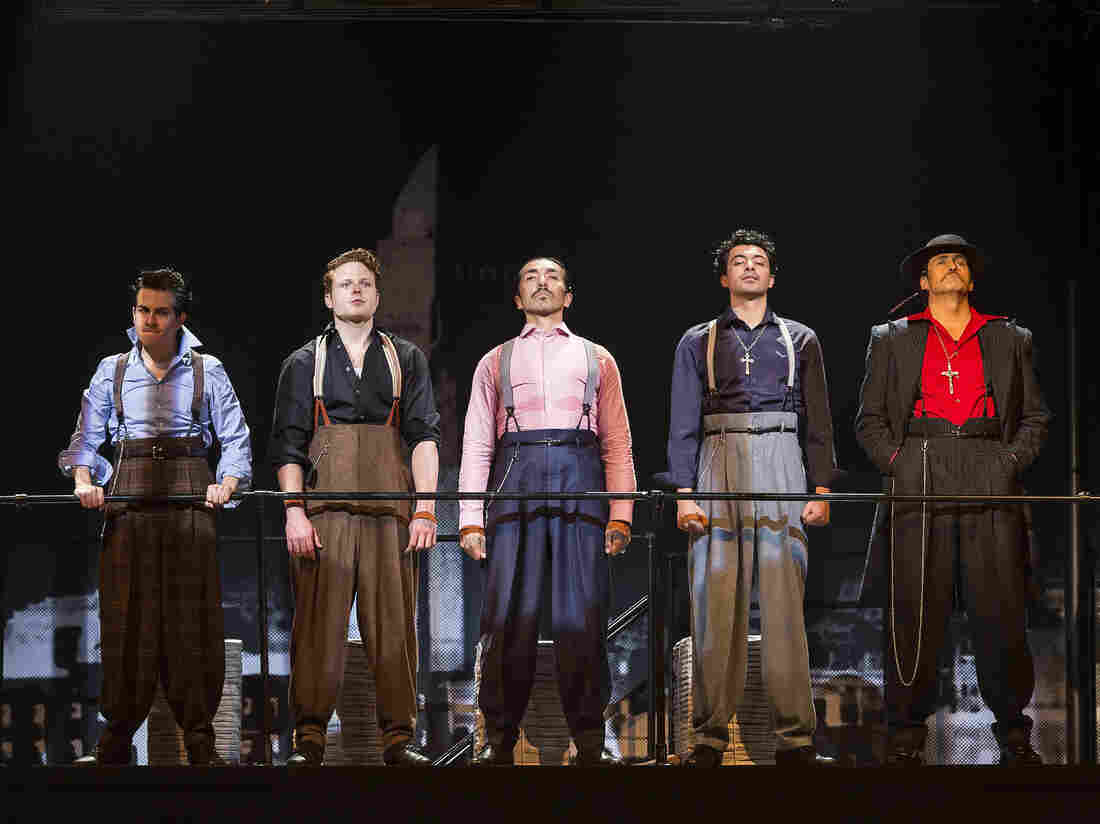 In the revival of Luis Valdez's "Zoot Suit," young pachucos go on trial for a murder they did not commit. In this scene, the judge requires the men to go on trial in the clothes they were wearing when they were arrested. Craig Schwartz hide caption 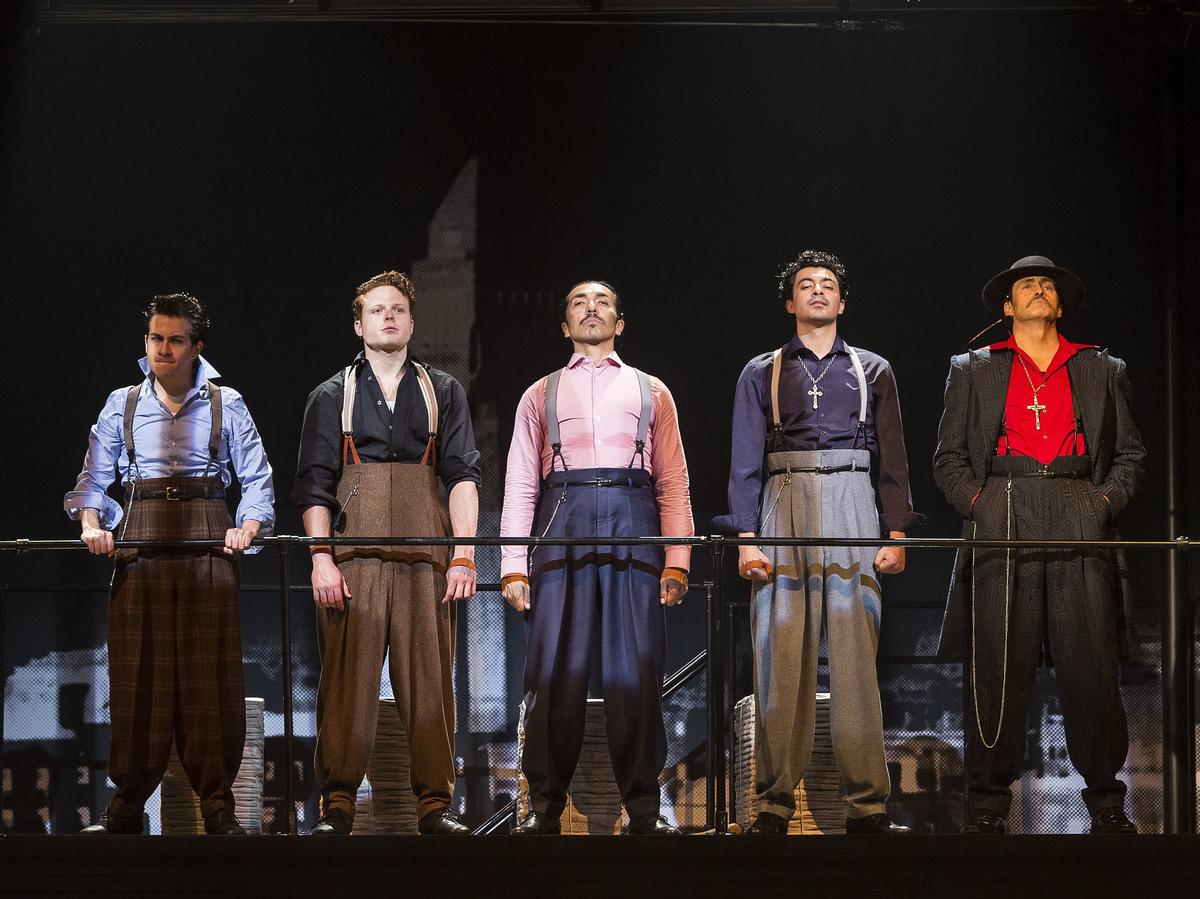 In the revival of Luis Valdez's "Zoot Suit," young pachucos go on trial for a murder they did not commit. In this scene, the judge requires the men to go on trial in the clothes they were wearing when they were arrested.

Over the weekend, I was in Los Angeles and attended a production of Zoot Suit, by the trailblazing Chicano playwright Luis Valdez.

The play's return to L.A. 39 years after its debut there has been something of an event, partly because it is a foundational work in the canon of Chicano art, and also because its message is eerily prescient in our current political environment.

In the play, set in 1942, a young Mexican-American man, Henry Reyna, and several of his friends, are arrested and tried for a murder they did not commit. The "zoot suits" they wear — high-waisted, wide-legged, tight-cuffed trousers with a baggy, broad-shouldered jacket — become central to the reason for their arrest and conviction.

During their three months in jail awaiting trial, prosecutors deny them clean clothes or haircuts. On their first day in court, their lawyer tries, unsuccessfully, to intervene. "You are trying to exploit the fact that these boys look foreign in appearance!" he says to the prosecutor. "Yet clothes like these are being worn by kids all over America."

The judge's response draws gasps from the audience: "They didn't go to jail looking like Marines, Mr. Shearer."

In many ways, zoot suits were the turbans, hoodies, sagging pants and hijabs of their time — the garments upon which would-be bigots could project their prejudices and fears about crime, delinquency, and the violent "other."

For the pachucos who wore them, they represented self-confidence and freedom. But in 1940s Los Angeles, police and the press turned them into symbols of a penchant for violence among barrio youth. Sensationalized coverage of the so-called Sleepy Lagoon murder trial, upon which Valdez's play is based, exacerbated fears about young Latino men in their zoot suits. 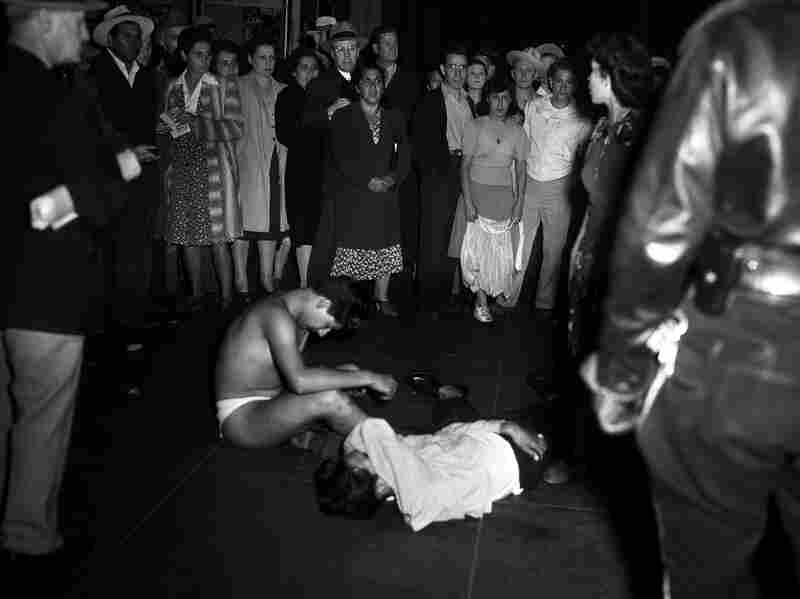 During the Zoot Suit Riots of 1943, white servicemen and police stripped young Mexican-American men of their clothes. Zoot Suits, flamboyant and flowing, were seen as symbols of a violent pachucho culture and as unpatriotic during wartime rationing. Harold P. Matosian/AP hide caption 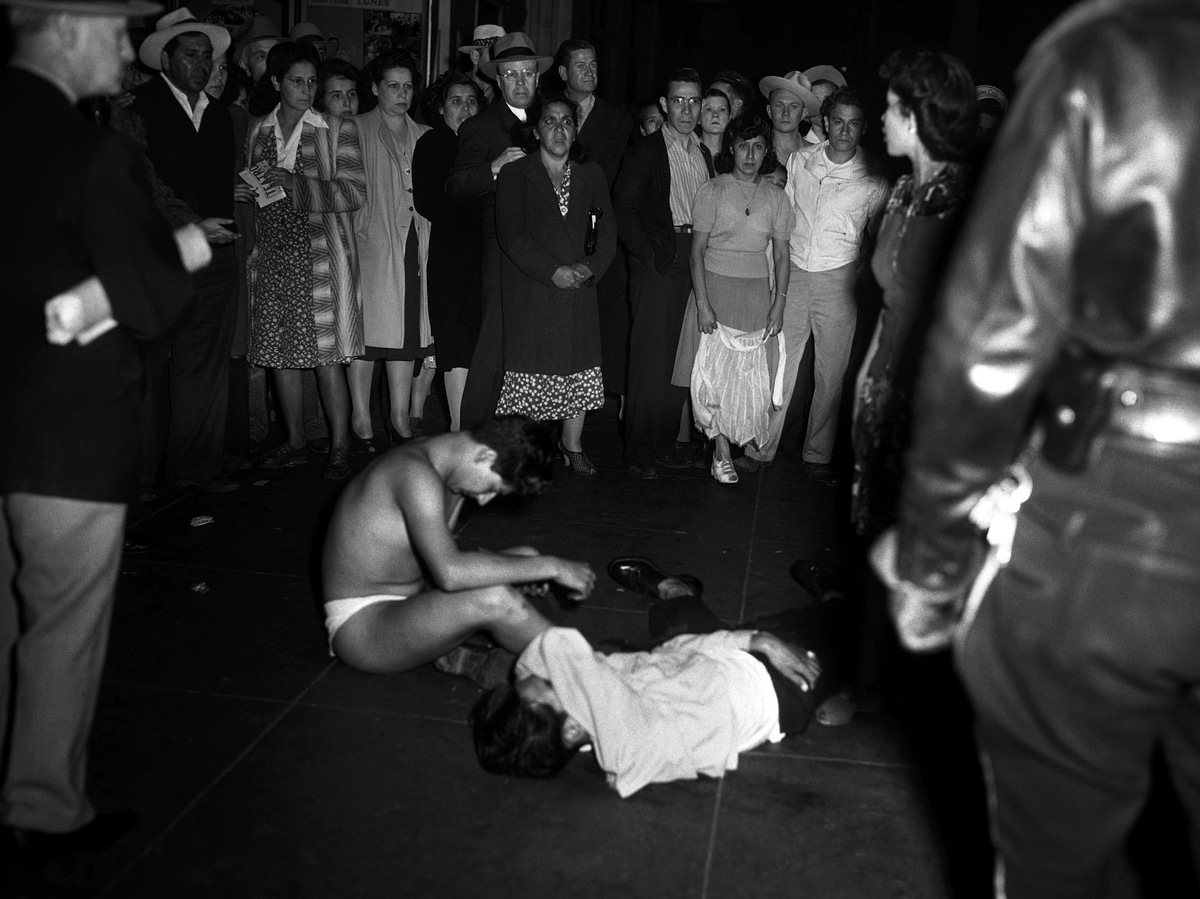 During the Zoot Suit Riots of 1943, white servicemen and police stripped young Mexican-American men of their clothes. Zoot Suits, flamboyant and flowing, were seen as symbols of a violent pachucho culture and as unpatriotic during wartime rationing.

The suits also came to symbolize a particularly egregious lack of patriotism.

Wartime rationing mandated that clothes be narrowly tailored, and zoot suits, flowing and flamboyant, were seen as flying in the face of those rules. Ironically, Mexican-Americans were disproportionately represented in the armed forces. One day in June, 1943, white servicemen stationed in Los Angeles joined with civilians and police to attack hundreds of young Latinos, as well as African-Americans and Filipinos, across southern California, stripping them of their zoot suits in what came to be known as the Zoot Suit Riots.

In Valdez's play, the irony is that before being picked up, Henry Reyna had planned to trade in his zoot suit for a Navy uniform.

"I was all set to come back a hero, see?" he says after being picked up by police. "For the first time in my life I really thought Hank Reyna was going some place."

He'd envisioned enlisting as an act of patriotism that might have strengthened the tenuous station he occupied as a Mexican-American with a rap sheet. But that plan is thwarted when the police are unable to see past his attire and the prejudices it evokes in them. 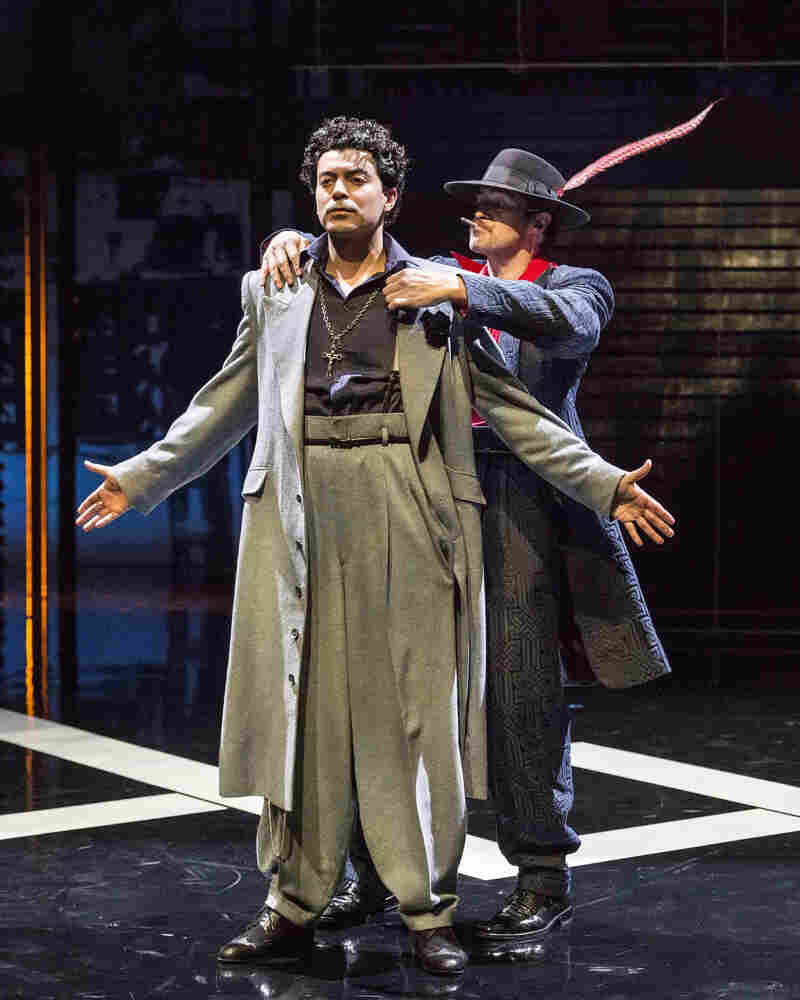 The Pachuco, a trickster-like character who doubles as something of a conscience for Reyna, tries to reassure him: "Forget the war overseas, carnal. Your war is on the home front," he says. "Stand up to them with some style." By the end of the play, Reyna's experience has left him far from the place he'd envisioned for himself. Instead, he's unsure about where he stands as a member of his community, as an American, even as a dresser.

Zoot Suit's re-staging has received an uproarious reception, which I believe speaks at least partly to the fact that all these years later, Americans still wrestle with some fundamental questions: What do assimilation and patriotism look like? What role do the clothes we wear play in signaling identity and belonging? Can they make us a target? For some people, it is a philosophical debate. For others, like it was for Henry Reyna, it is a matter of life and death.

A stark reminder of all this came the very same weekend I saw the play.

On Friday, Deep Rai, a U.S. citizen of Indian descent, was shot in the arm while working on his car outside his home near Seattle. Rai is a Sikh man who wore the traditional turban and a fully-grown beard as is customary for Sikhs. He told police that before shooting him, the attacker, who he said was white, told Rai to go back to his country.

Sikh leaders denounced the attack as a hate crime. Sikhs in Kent, Washington, said they had never experienced a violent attack so plainly motivated by prejudice. But they acknowledged that the fear of such attacks is often present. Though Sikhs are not Muslims, their turbans often lead people to believe that they are.

Amarjit Singh, one of Rai's friends, later told Reuters, "All they see is a person with a turban. So it could have been me."

Speaking to reporters, another Sikh leader, Satwinder Kaur, urged understanding from those who would jump to unfounded conclusions about Sikhs. Several turbaned, bearded men were positioned behind her, one in a sweatshirt bearing the words, "Faith Over Fear."

"We would be willing to answer any questions they have about our community," Kaur said, "about the faith, about why we tie the turban, about why we look the way we do."

It was a plea to those who would do her community harm. This headdress denotes self-respect, spirituality and piety. Please, she was asking, do not confuse it for a symbol of violence.