Accessibility links
'Get Out' Sprang From An Effort To Master Fear, Says Director Jordan Peele : Code Switch As a kid, Peele was terrified of "the demons that lurked in the dark." Then he realized that by making a horror-thriller, he "would be wielding this power, as opposed to being a victim to it." 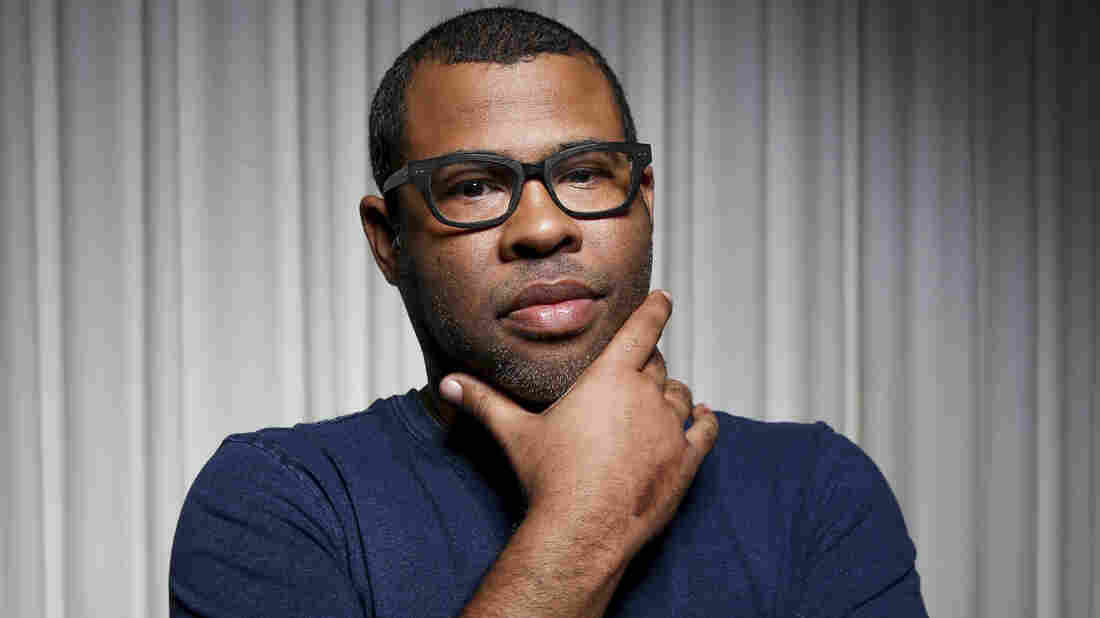 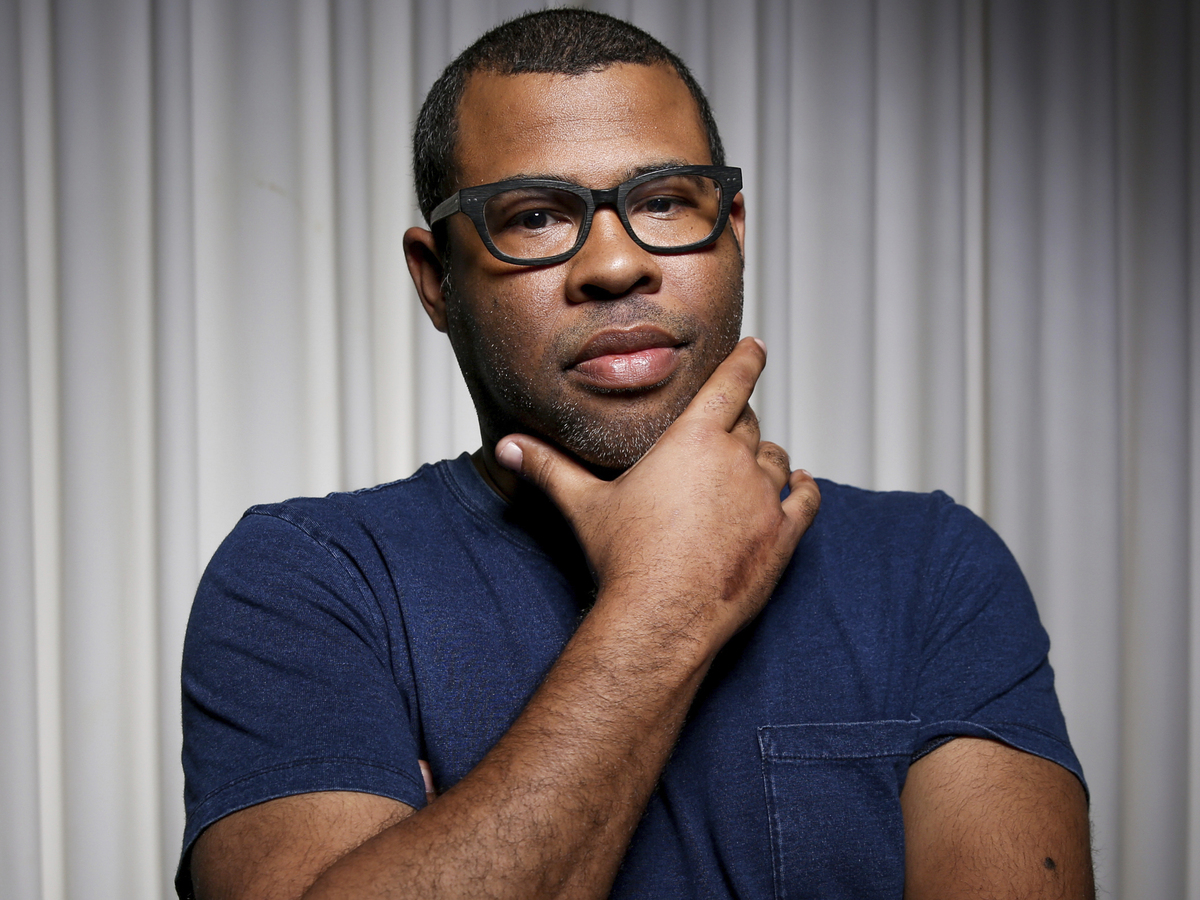 Writer-director Jordan Peele says that making Get Out represents his "truest passion."

The new film, Get Out, defies easy classification. Though it has funny moments, it's primarily a horror film, with racial anxiety at its center. Writer-director Jordan Peele tells Fresh Air's Terry Gross that he thinks of Get Out as a "social thriller."

The movie tells the story of a young black man named Chris whose white girlfriend, Rose, takes him to meet her parents for the first time — without first telling them he's black. Rose's parents go out of their way to show Chris how open minded they are, but there's something suspicious in the liberal facade they present. The film takes several twists and turns (which we won't spoil here) as Chris figures out what is going on.

Peele wanted the audience, regardless of race, to see the subtle racism through Chris' eyes. "It was very important to me to just get the entire audience in touch in some way with the fears inherent [in] being black in this country," Peele says. "Part of being black in this country, and I presume being any minority, is constantly being told that ... we're seeing racism where there just isn't racism."

'Key & Peele' Is Ending. Here Are A Few Of Its Code Switch-iest Moments

Previously known for his comedic work on the Comedy Central sketch series Key & Peele, Peele says that his current turn as the director of a horror/thriller film comes from a "deeper place in my soul" than his comic work. "This [movie] is just simply my truest passion," he says. "It comes from this fact that in order to deal with my own fears, I wanted to be able to sort of master them. It's really just want I want to be doing."

On racism as a device for a horror movie plot

In 'Get Out,' Jordan Peele Tackles The 'Human Horror' Of Racial Fear

Every great horror movie comes from a true fear, and ideally it's a universal fear. The tricky nature of this project is that the fear I'm pulling from is very human, but it's not necessarily a universal experience, so that's why the first third of the movie is showing, and not in an over-the-top way, in a sort of real, grounded way, just getting everybody to be able to see the world through my protagonist's eyes and his fears.

On a lack of black representation in horror films

The gestation period for this idea kind of spanned several years, and I think one of the most important milestones in that process was just realizing that every true horror, human horror, American horror has a horror movie that deals with it and allows us to face that fear, except [that] race in a modern sense, hadn't been touched. It really hadn't been touched in my opinion since Night of the Living Dead 50 years ago. Maybe with the film Candyman. That to me, I just saw a void there. So it really started with this notion of like, this has to be possible, let's figure it out.

On writing a film that would play differently to black and white people, but is meant to be inclusive 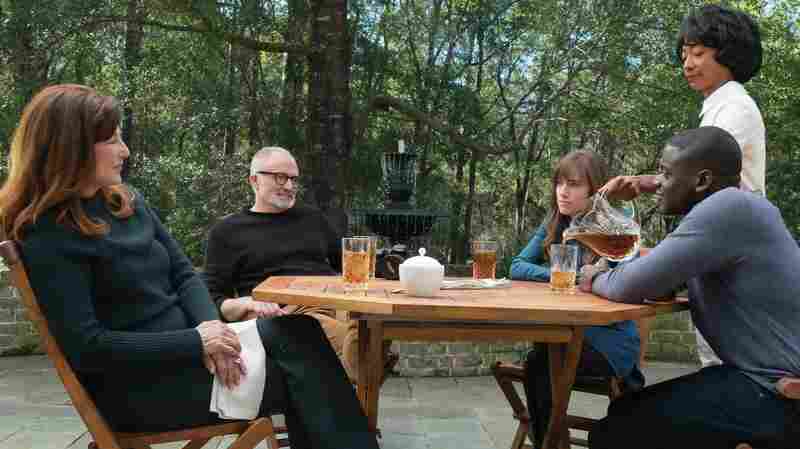 This was an exercise in ... making a movie that is meant to be inclusive. ... In any good story, whoever you are, you should be able to relate to the protagonist. At the same time, I had to recognize that black people would be watching this movie and having a different experience ... than white people would. ...

Often when I thought about a specific scene or a specific moment I'd think, I hope the black audience here is [saying] 'You know what? This is my experience. I've never seen it done in film like this, that's awesome.' And at the same moment I might recognize that there would be a lot of white people who would watch the scene and either recognize these moments as something that maybe they've done, or that they've seen someone do.

You know the stereotype of all black people know each other, well I think it probably comes from the fact that we can identify with each other's experience in a way that others may have a harder time. So yes, you see a black person anywhere where you're the only two, it's like there's an instant bond, or there should be, is sort of the feeling.

There's also this feeling, the fear of dating outside of one's race also brings with it a loaded group of fears. Am I abandoning my blackness in some way? Am I turning my back on my roots in some way? So I wanted Chris to be dealing with that uncomfortableness of not knowing how he's being judged by the housekeeper and the groundskeeper in this situation.

On his biracial identity growing up

I'd been taught from an early age that I was in the "other" category on the standardized tests. I had to go down the list, "Caucasian, African American, Latino, Asian, Pacific Islander," and then at the bottom is "other." Very early on I was taught in a way that I was somehow this anomaly. ...

It's probably one of the reasons that I fell in love with horror and comedy, which I think are genres that really appeal to someone who identifies with the outsider or the other, which is many of us. I remember it being a very confusing notion that we were on the one hand learning about Martin Luther King's dream and then on the other hand we were having to fill in these boxes and declare what we were.

By the time I was a little older, maybe fourth or fifth grade, I would check the "African American" box, which brought me comfort to be able to identify with a group more. ...

By the time Barack Obama was elected it changed a lot of my feelings of identity and really inspired both Key & Peele and Get Out. ... All of a sudden being mixed was an identity, and one that was the identity of a man who I consider [to be] the very best of us. I feel like the discussions about being biracial weren't even in existence, so when Barack Obama was elected it definitely inspired us to explore that and the notions of code-switching and everything.