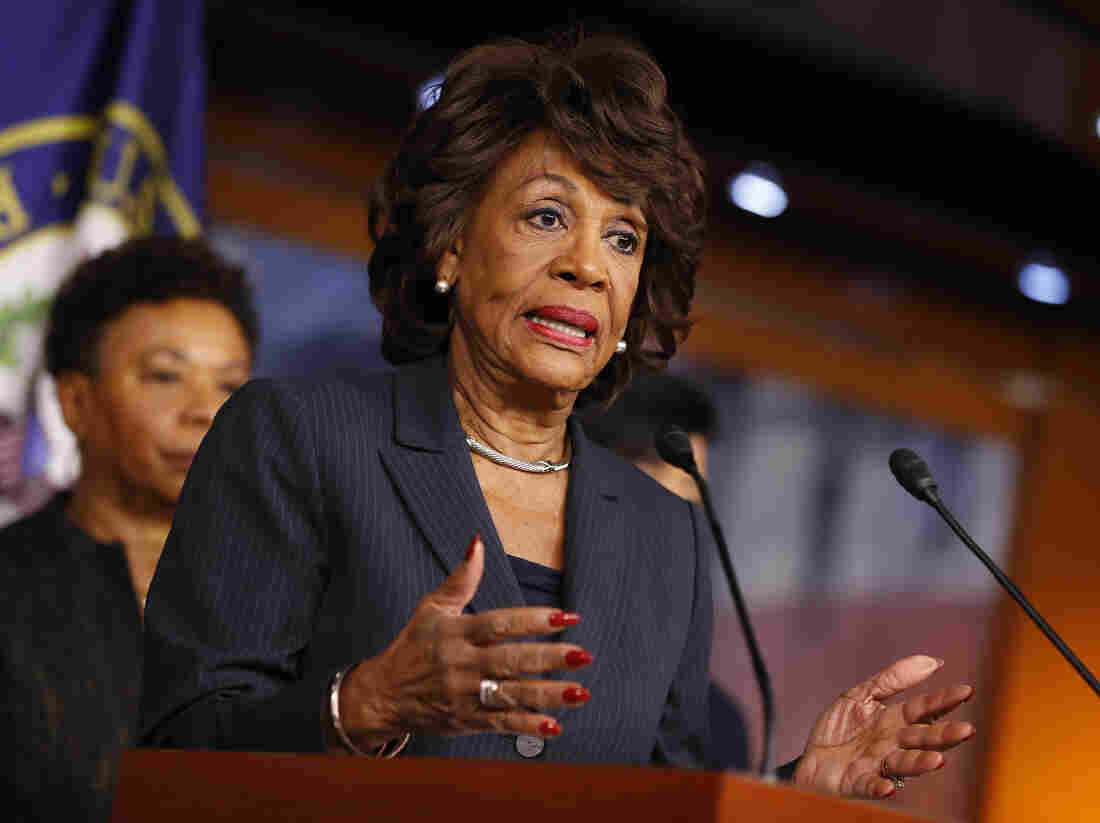 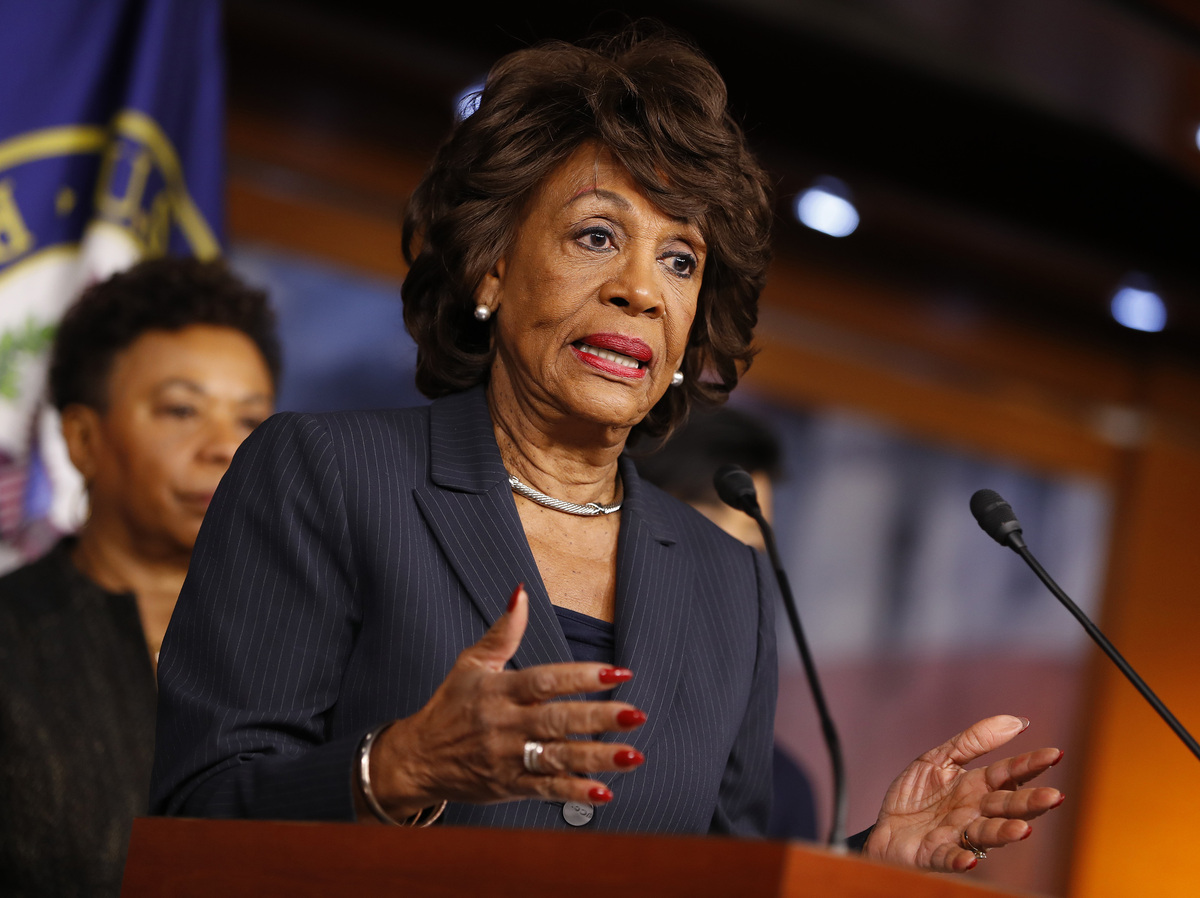 Rep. Maxine Waters, D-Calif., speaks at a press conference on Capitol Hill on Jan. 31. Waters called for an investigation into Trump administration ties to Russia.

Busy week, per always: resistance to deportations, Spicy being salty at the White House, and Muslim Latinas. Yeah, really.

The upswing in Immigration and Customs Enforcement (ICE) efforts to identify people who are in the country illegally and stage sweeps to deport them has run into a problem: While the president promised police chiefs across the country he would not cut their federal funds, he has now cut their funds — by announcing that cities that declare themselves sanctuary cities will get no financial support from the federal government. And police chiefs are not happy. At all. If immigrants, whatever their status, become too afraid to cooperate with police during criminal investigations in their communities, many heads of police departments say, those communities, and many others, will pay the price in decreased public safety. So the president has a choice: Help the chiefs, which he promised, and go against Attorney General Jeff Sessions, who is tasked with executing the crackdown on illegal immigration. Rock. Hard place.

And more resistance: Ed Murray, the mayor of Seattle, is suing the administration, saying the crackdown on sanctuary cities is unconstitutional, and the threat of withdrawal of federal dollars to those cities amounts to a form of bullying. "Apparently the Trump administration, their war on facts has now become a war on cities," the mayor told DiversityInc. "Let me be clear about the facts. We are not breaking any laws and we are prioritizing safety."

If you have a minute, this week's Code Switch episode looks at the sanctuary movement — from the perspective of someone in sanctuary. It's a point of view that's often left out of the discussion, and Gene and Shereen chop it up with Adrian for an eye-opening discussion.

A movement was afoot to have the government count people who identify as LGBT in the 2020 Census and American Community Survey. After the gains the community made in recent years, many assumed adding this category would be an easy lift. But a release of the 2020 draft obtained by the Huffington Post indicates categories for LGBT individuals won't be included. Given that same-sex unmarried partners began being counted in 1990, disappointment and outrage have been swift. The National LGBTQ Task Force was blunt in its assessment of the effect non-inclusion would have.

And now for some good news: Variety reports that Barry Jenkins, who directed the stunning Moonlight, will write and direct a one-hour series for Amazon based on Colson Whitehead's award-winning novel The Underground Railroad. Jenkins comes to the series after winning Best Picture at the 2017 Academy Awards. The announcement of that triumph was an epic mismanagement that went global and still has people talking. Jenkins, with typical calm, said it made winning "more complicated" but not less joyous.

Latinx are among the fastest-growing ethnic populations to embrace Islam, but as a recent Los Angeles Times article shows, once they put on a hijab, they become invisible — to other Muslims who assume they are Arab. Now, the Times says, Muslim Latinas are caught "at the intersection of three demographics spurned during President Trump's nascent administration: women, Muslims and Mexicans." While the headscarf identifies the women's faith (although, as the article points out, not all Latina converts choose to wear hijab), it has also, in some cases, distanced them from family members and friends in the Latinx community who feel they've chosen their new faith over their ethnic ties. They are not either/or, the women say; they are both.

Speaking of women: White House press secretary Sean Spicer maybe wishes he hadn't advised American Urban Radio Networks reporter April Ryan — who has covered several administrations — to "Please stop shaking your head again," as Ryan was signaling disagreement with Spicer's White House view of allegations of Russian collusion. Black Twitter erupted with tweets and a hashtag that turned viral: #BlackWomenAtWork. And it erupted again when Fox host Bill O'Reilly viewed a tape of Rep. Maxine Waters — a vehement Trump critic — on Fox & Friends and chuckled he wasn't listening to her because he was so focused on her "James Brown wig." (He later gave a kindasorta apology.) Rep. Waters appreciated the support from social media and elsewhere, but didn't need it, really: "I am a strong black woman," she tweeted. "I cannot be intimidated, and I'm not going anywhere." So don't come for her unless she calls for you, or it will not go well for you. (A lesson Waters' colleague, Rep. Joe Walsh, apparently failed to absorb before chastising CNN commentator Angela Rye for an analogy she actually didn't make.) The Root's Kristen West Savali decided to address that.

Phew! Now go decompress and shake your head at whomever you please. We'll be back next week.