What We Know (And Don't Know) About 'Missing White Women Syndrome'

What We Know (And Don't Know) About 'Missing White Women Syndrome' 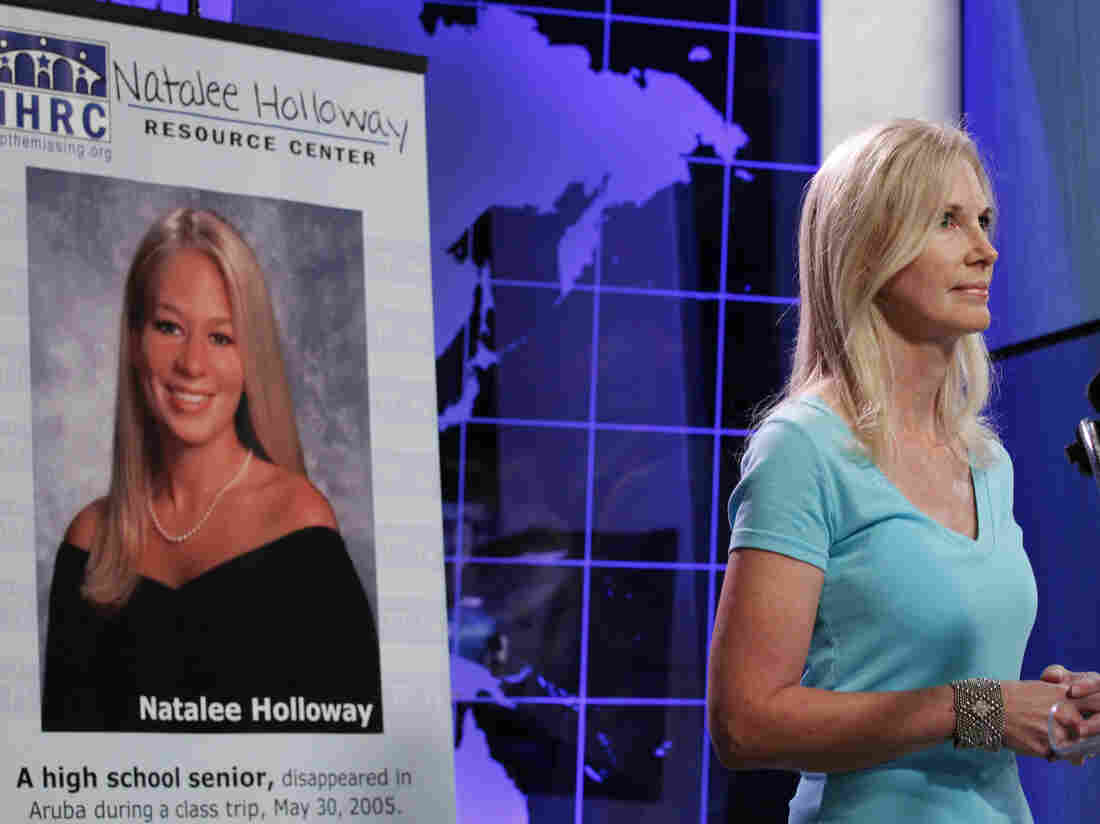 Beth Holloway, the mother of Natalee Holloway, started a center in 2010 to assist the families of people who had gone missing. Natalee's 2005 disappearance during a vacation in Aruba was widely covered in the news media. Pablo Martinez Monsivais/AP hide caption 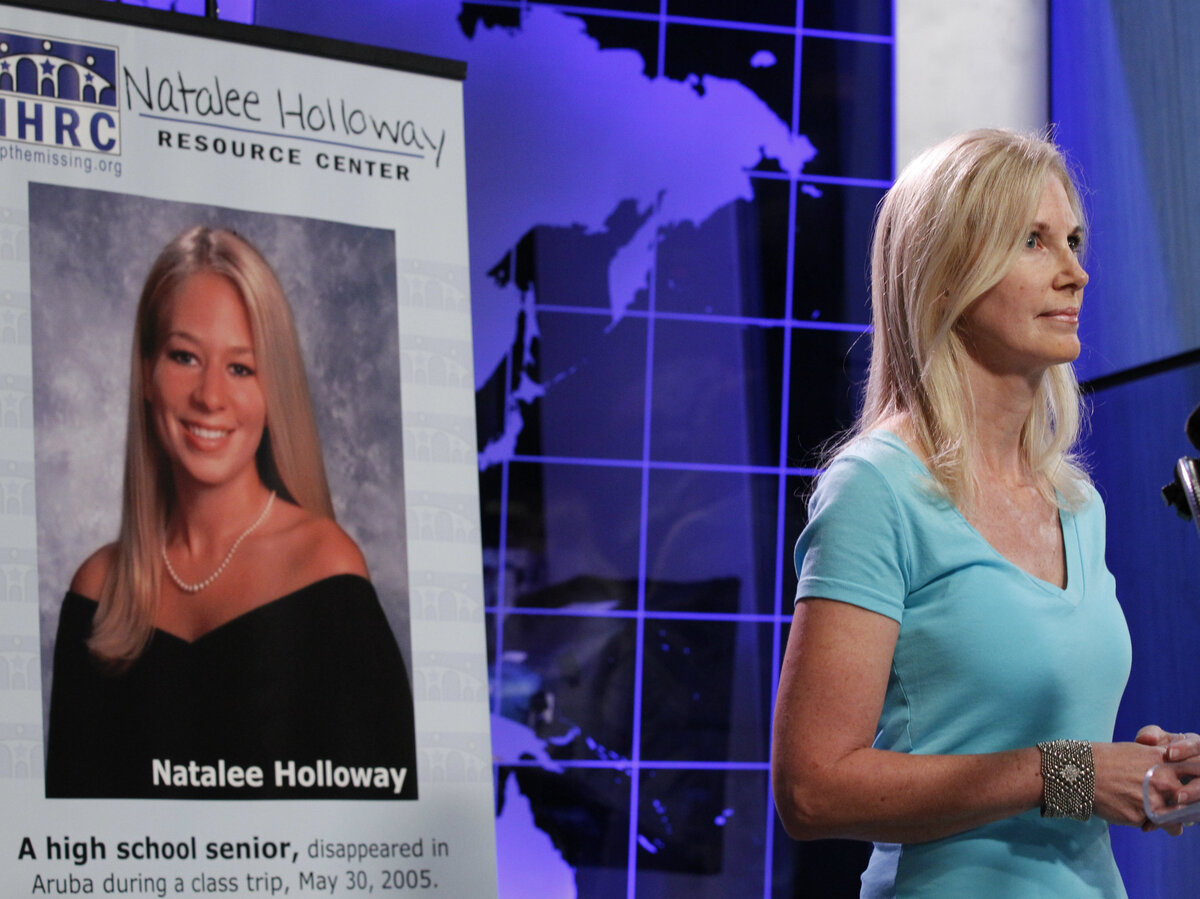 Beth Holloway, the mother of Natalee Holloway, started a center in 2010 to assist the families of people who had gone missing. Natalee's 2005 disappearance during a vacation in Aruba was widely covered in the news media.

In recent weeks, the stories of missing black and Latina girls sparked an outcry on Twitter and Facebook because there seemed to be a flurry of new cases that were being under-reported by local news in the Washington D.C. area.

The uproar prompted black lawmakers in Congress to formally ask the Justice Department to do more to investigate what seemed like a spike in new incidents of missing black girls. (As my colleague Ian Stewart reported, the number of missing persons cases in the city hadn't gone up, but the police department had more actively publicized the cases on social media, which gave many people the false impression that there was suddenly more of them.)

The sense that these cases were being ignored seemed like another example of "missing white woman syndrome" — a phrase coined by Gwen Ifill, the late PBS anchor. It refers to the mainstream media's seeming fascination with covering missing or endangered white women — like Laci Peterson or Natalee Holloway — and its seeming disinterest in cases involving missing people of color.

ODU Students came together to highlight the issue of the missing DC girls, story will be on IN THE MIXX this Friday! #ODU #MissingDCgirls pic.twitter.com/gujesJG2l7

So what do we know about race and missing persons coverage? Not a whole lot, according to Zach Sommers, a sociologist at Northwestern University who studies crime. He said there's a pretty sizable body of research that shows that white people are more likely than people of color to appear in news coverage as victims of violent crime, but relatively little when it comes to missing persons cases.

It's to that end that Sommers undertook a study that looked at every missing person case covered by four online media outlets in 2013. He wanted a mix of national and local outlets and news sources for cities from different regions with contrasting demographic profiles. He analyzed coverage in the Star Tribune of Minneapolis, the Chicago Tribune and the Atlanta Journal-Constitution, and included CNN.com, which has an outsized influence on the national conversation. Sommers then cross-referenced their coverage with the FBI's national database of missing persons, which he said maps relatively well with the country's broader demographics.

What Sommers found was that white women were much more likely to be the subject of news coverage relative to their proportions among missing persons, and women in general, were significantly more likely than men to be covered. Though white women make up about a third of the national population, "half of the articles in the data set are just about white females alone," Sommers said.

But he also found that the coverage of missing white women was different in intensity — outlets were more likely to repeatedly report on particular stories of missing white women, which then drove up the total number of articles about white women. "By choosing to disproportionately highlight the experiences of whites and women, these four news websites are implicitly — or perhaps explicitly — intimating that the cases of those individuals matter more," Sommers wrote.

As an example of how coverage intensity can skew the number of articles about missing persons, Sommers pointed to the much-covered case of three women in Cleveland who were held prisoner by a man in his home's basement for 10 years. In 2013, about one in four articles in the four outlets Sommer analyzed that were about missing Latinas were about the Cleveland case, specifically. Sommer wondered if race increased the amount of media attention paid to that case as well. "There were three women involved — two of them were white and one of them was Latina," he said. "Thinking about how the coverage would have differed if all three of them were women of color...we probably would have seen some very different numbers."

There are a few things that are likely happening here. Coverage decisions are informed, consciously and less so, by a newsroom's racial makeup, and most major American newsrooms remain disproportionately white. But Sommers speculates that there's also the economic calculus of news coverage to consider: in skewing this type of coverage toward white women, news outlets might be deciding that missing white women are worth more in terms of eyeballs and ad revenue.

There are some important caveats to the FBI data that Sommers used. The Bureau's breakdown of missing persons cases by race is roughly 60 percent white, 35 percent black, and four percent other — but it doesn't disaggregate Latinos from white people, which suggests that the total number of missing white people could be inflated in the data. The FBI data also doesn't break down race and gender combinations, making it difficult to determine, for example, how many black women might be among missing people relative to white women.

But there's one other big detail Sommers said we don't know about missing persons coverage: as intuitive as seems, there's little data to support the notion that media exposure helps resolve such cases. But Sommers said equitable coverage matters even if it's of as-yet-unproven investigative value — media attention shapes how and to whom people extend their sympathies.

"I think ... [conceding] that the people who are most cognitively easy for us to accept as victims are girls and women is problematic on its own," Sommers said. "Then we start to think about race in conjunction with that, then the issues start to multiply even further from there."

A previous version of this story incorrectly referred to the Minneapolis Journal-Sentinel. The correct name for the newspaper is the Star Tribune of Minneapolis.