Accessibility links
This Week In Race: A House That Flew Over The Ocean And A Man Who Didn't Get To Fly : Code Switch You could say it's been a pretty turbulent week on the race beat.

This Week In Race: A House That Flew Over The Ocean And A Man Who Didn't Get To Fly

This Week In Race: A House That Flew Over The Ocean And A Man Who Didn't Get To Fly 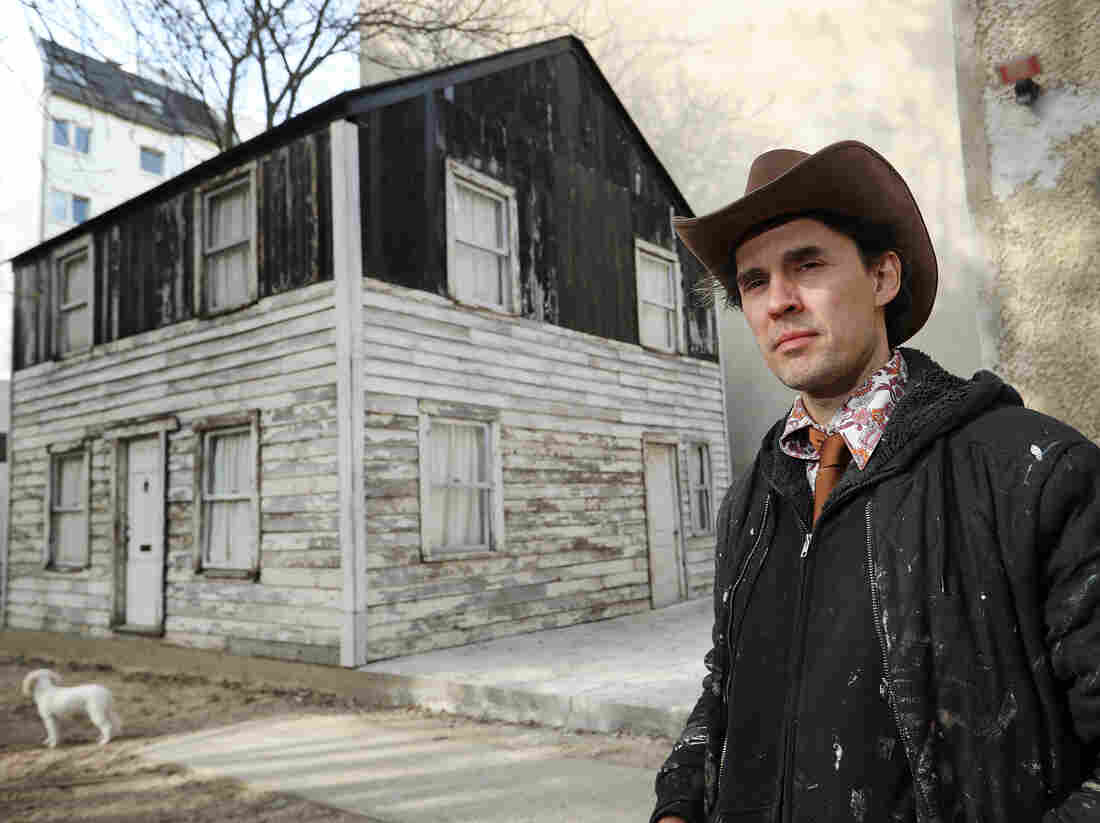 U.S. artist Ryan Mendoza poses for a photo next to the former house of Afro-American human rights figure Rosa Parks on Mendoza's property on April 6, 2017 in Berlin, Germany. Mendoza bought the house, which was slated for demolition in Detroit, took it apart, shipped it to Germany, and put it back together again on the property next to his studio. Sean Gallup/Getty Images hide caption 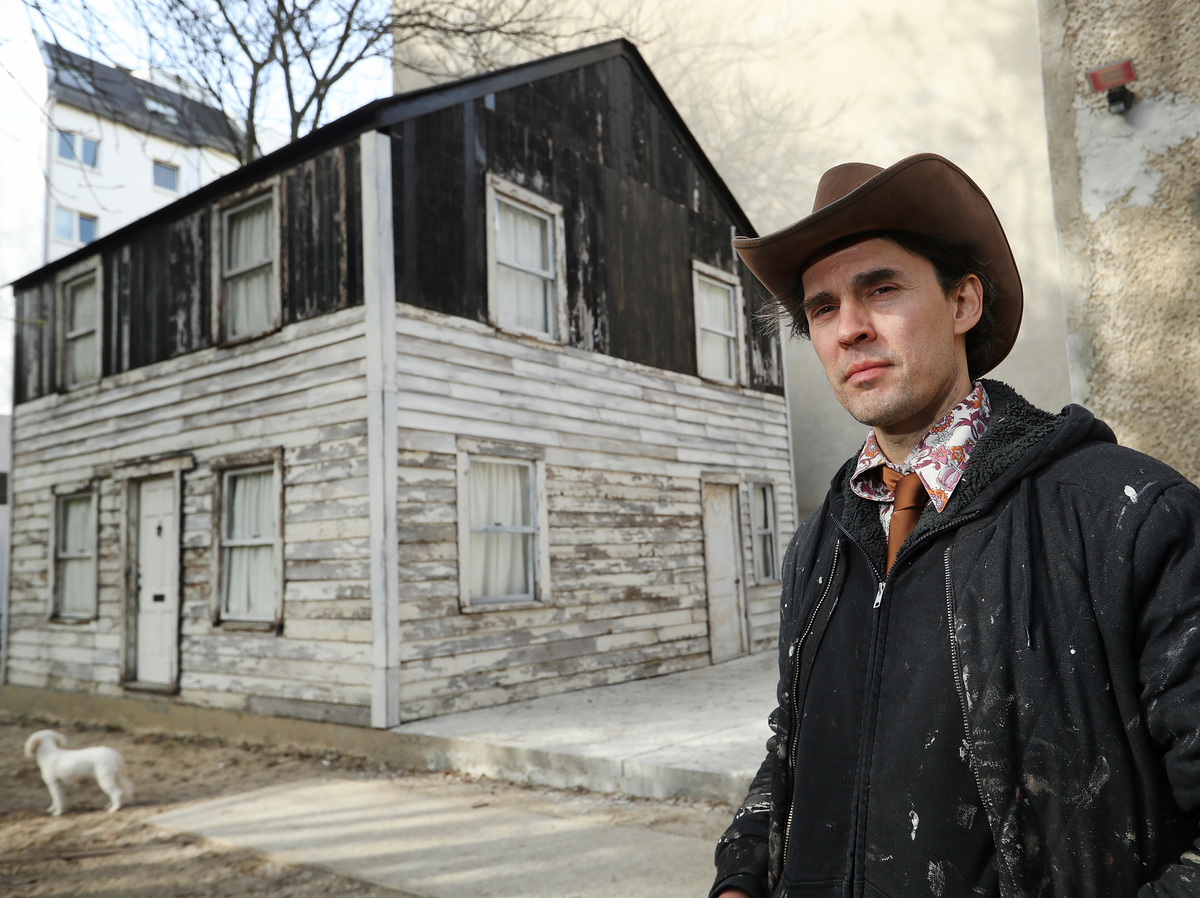 U.S. artist Ryan Mendoza poses for a photo next to the former house of Afro-American human rights figure Rosa Parks on Mendoza's property on April 6, 2017 in Berlin, Germany. Mendoza bought the house, which was slated for demolition in Detroit, took it apart, shipped it to Germany, and put it back together again on the property next to his studio.

You could say that it's been a pretty turbulent week on the race beat. United Airlines is embroiled in controversy, a Texas federal judge struck down the state's voter ID law and the comedian Charlie Murphy has died.

A video of a United customer violently being pulled out of his seat takes off: A Vietnamese-American man, David Dao, was violently pulled off a United flight on Sunday. Viral videos of his limp body being dragged down the aisle by officers — followed by more footage of him later running up and down the aisle, disoriented and insisting he needed to get home — sparked outrage on social media. Many Asian-Americans took to Twitter to express horror, and Weibo, a Chinese social media platform, lit up with fury: This doctor was targeted because he was Asian, many claimed. Their outrage prompted some folks to point out that black people — specifically black men — have been the brunt of police violence too, and that they hoped Asian-Americans horrified by the United incident would now speak out against police violence against black men.

RIP, Charlie: Charlie Murphy, a comedian and brother of Eddie Murphy, has died from leukemia at age 57. Murphy performed on Chappelle's Show and also had roles in TV shows like The Boondocks and Power. Some folks are noting that Murphy sent out a prescient tweet just a day before his death:

One to Sleep On: Release the past to rest as deeply as possible.

If you're feeling particularly nostalgic for Murphy, take a listen to this interview he did on NPR's Talk Of The Nation in 2009, about his memoir, The Making Of A Stand-Up Guy.

A son reflects on his parents' first meeting: Over at Catapult, Noah Cho, a writer and teacher from Oakland, has this moving essay about an "improbable" meeting between a Korean immigrant and an "all-American" woman — his parents:

"I've been thinking about how my parents met, and how unlikely it was that my Korean father caught the eye of my stereotypically "all-American" mom. Even now, forty years after they met, a partnership like theirs is still rare. The cutting remarks they heard have not entirely disappeared; queries my mother fielded about my father's manhood from the white people around them still flicker in shows like The Unbreakable Kimmy Schmidt and in films like The Hangover. Korean ahjussis still grunt in disapproval over their sons abandoning Korean blood quantum in favor of people Not Like Them, and therefore inferior."

Having romantic relationships with people from other cultures may stimulate creativity, entrepreneurship and innovation in the workplace, according to new research from Columbia University. Jackson Lu, the head researcher, developed four studies that found that people in intercultural romantic relationships were generally better at "going out" of the box and thinking in a more creative frame of mind.

A federal judge in Texas has struck down the state's voter ID law and says it was put in place to discriminate against black and Latino voters. Myrna Perez, deputy director of New York University's Brennan Center, told The New York Times that the Texas law was the "most restrictive photo ID law in the country." In 2013, the Supreme Court invalidated a part of the Voting Rights Act that required certain states with a history of discrimination to seek federal approval before making any changes to their voting laws.

Also in Texas: hate crime laws in that state lead to few convictions — and lots of disappointment. An analysis from ProPublica found that most incidents in Texas recorded as hate crimes are almost never successfully prosecuted as such.

"From 2010 through 2015, there were 981 cases reported to police in Texas as potential hate crimes. ProPublica examined the records kept by the Texas Judicial Branch and confirmed just five hate crime convictions. In the course of reviewing dozens of other individual case files for potential convictions, we found another three. How many additional cases were missed by the state agency is unclear."

ProPublica spoke with 15 former or current Texas prosecutors about the state's hate crime statute, and was told by all that "proving intent beyond a reasonable doubt is challenging."

And to round out the devastation: White House Press Secretary Sean Spicer was criticized for a comparison he made between Syrian President Bashar Assad and Adolf Hitler. In his initial statement, Spicer claimed that "you had someone as despicable as Hitler who didn't even sink to using chemical weapons," seemingly overlooking the millions of Jews Hitler gassed. Later, in an attempt to clarify, Spicer referred to Nazi death camps as "Holocaust centers." Steven Goldstein, executive director of the Anne Frank Center for Mutual Respect, quickly condemned Spicer's words:

"On Passover no less, Sean Spicer has engaged in Holocaust denial, the most offensive form of fake news imaginable, by denying Hitler gassed millions of Jews to death. Spicer's statement is the most evil slur upon a group of people we have ever heard from a White House press secretary. Sean Spicer now lacks the integrity to serve as White House press secretary, and President Trump must fire him at once."

But alas — not all is terrible in the world.

Philatelists rejoice: The United States Postal Service has announced the upcoming release of Delicioso, a colorful new stamp collection that showcases some of the ways that Caribbean, Central and South American foods have influenced the culinary culture of the United States. The stamps, which depict ceviche, sancocho, empanadas and more, were designed by John Parra and Antonio Alcala.

Moving right along: Rahawa Haile, a queer black woman from Miami, wrote about her experience hiking the Appalachian Trail last summer — by herself. Unlike many hikers, Haile didn't just have to worry about blisters and bears and frostbite. She also ran into confederate flags, racial skeptics, and "blackface soap." One of the mantras that helped get her through? "I have always been the token in a group; I have never chosen how I want to lead."

Speaking of moving great distances: Last October, a house flew across an ocean. The facade of Rosa Parks' first home was flown from Detroit, Mich. to Berlin, Germany, where an artist set about reconstructing it. The house had been set to be demolished; now, it lives on. Ryan Mendoza, the artist who took on the project, spoke about the symbolic significance of relocating Parks' old home: "It's resurrected in the month of Easter in a city reborn after a wall was taken down, and was not valued in a country that's intent on building a wall."

Those are some of this week's highlights in race — we'll be back with more next Friday.