Accessibility links
This Time, 'Dear White People' Is Not So Much About Them : Code Switch Netflix's hit show, with its incessant and incisive look at race at a fictional Ivy League college, doesn't really focus much on white people at all. 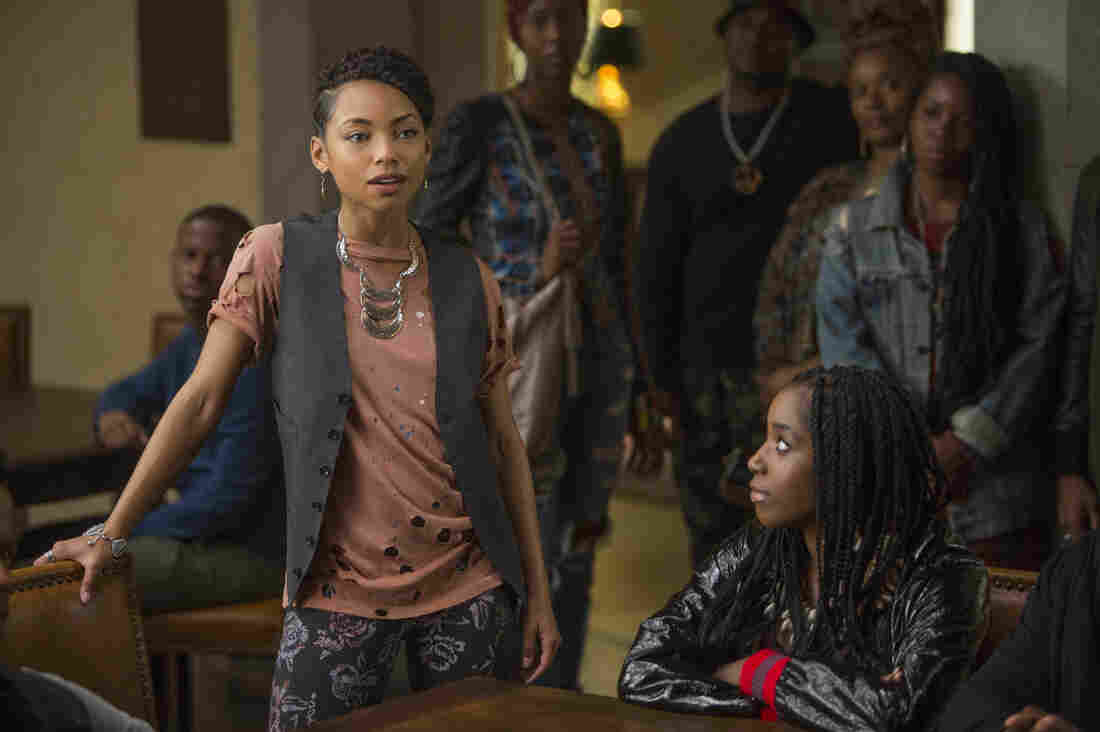 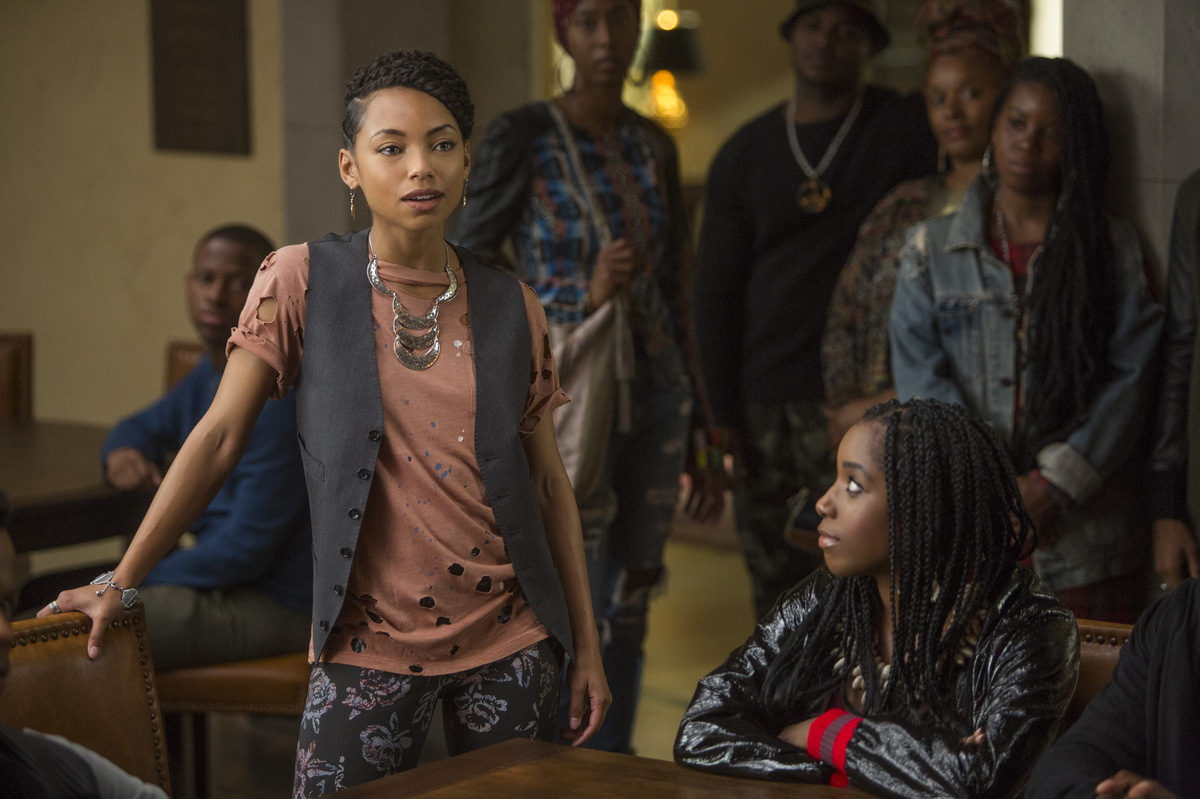 Because, one look at this insightful, irreverent examination of race and society at an Ivy League college reveals it really doesn't focus much on white folks at all.

Indeed, the title Dear White People is a bit of a head fake. This slyly assembled series is really about how a wide range of black and brown students at the fictional, predominantly white Winchester University deal with race, sexual orientation and other identity stuff in the modern age.

The show begins with a focus on the curiously-named Samantha White, head of the Black Student Union at Winchester. She's also host of a provocative, socially-conscious campus radio show called Dear White People, which often speaks out on how students of color feel marginalized at the school.

"Dear white people," Samantha says in one broadcast, "here's a little tip. When you ask someone who looks ethnically different, 'What are you?,' the answer is usually, 'A person about to slap the s--t out of you.'"

If you think these young people have a better handle on racial issues because they live in a more multicultural world, think again. One example: Samantha's struggle in a conversation with her best friend Joelle, who is black, when word spreads on social media that Samantha is seeing a white man.

As someone murmurs caustically about "Miss Black Power with those white boys," Samantha tries a half-hearted explanation: "You know I'm biracial, so technically..."

"Don't," says Joelle, who isn't hearing it. "You're not Rashida Jones biracial, you're Tracee Ellis Ross biracial. People think of you as black."

The show, which debuts Friday, is based on the award-winning 2014 indie film of the same name. It's one of those rare film-to-TV translations where the series might be better than the movie — which was awfully good to begin with.

The film's director, Justin Simien, also crafted the TV show, and it is a triumph, with one storyline telling the events of a single, scandalous party from different points of view over several episodes. As wry narrator Giancarlo Esposito explains, it was a "racially insensitive party" – an event where white students dressed in blackface.

But Dear White People doesn't just satirize white cluelessness. Shy student journalist Lionel, who is black and gay, encounters a succession of black people who use homophobic slurs around him, unaware of his sexual orientation.

Then his editor at the student newspaper, who is also gay, asks Lionel if he is attracted to men.

"Let me guess...you're in the crush on your straight roommate phase?" the editor asks. "How can you hope to arrive at a truth when you can't find your own? Trust me...find your label."

But for students — especially students of color — college can be a perfect time to question those labels. It's a moment to challenge all those things friends, parents or society dictate about what it means to be black. Or gay. Or anything else.

Dear White People is a pop culture-savvy, sometimes explicit, always entertaining look at that process. It's the perfect series for young people negotiating a world where struggles over identity grow more complex every day.