Accessibility links
This Week In Race: Fox Sued, Schools Resegregate, Shea Moisture Gets Thirsty : Code Switch A racial discrimination suit is filed against Fox. Is an Alabama school district getting around integration? Shea Moisture apologizes for a commercial. And, there's a new philanthropist in town. 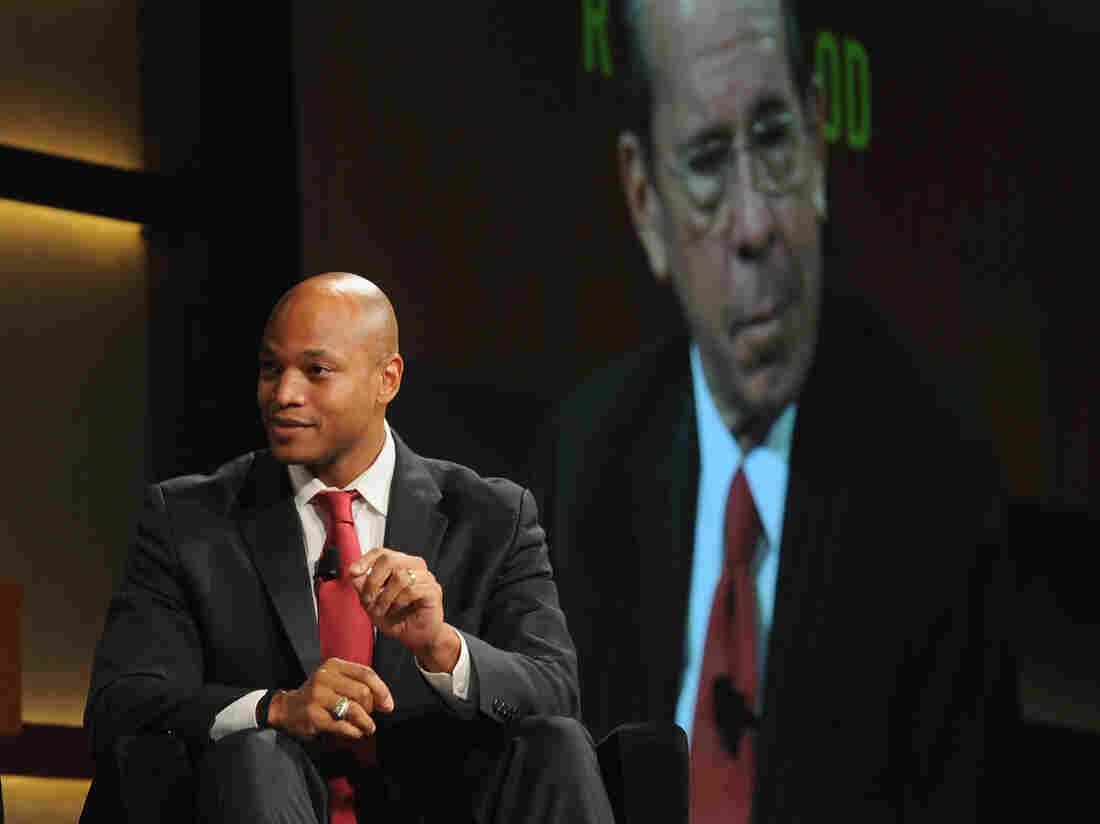 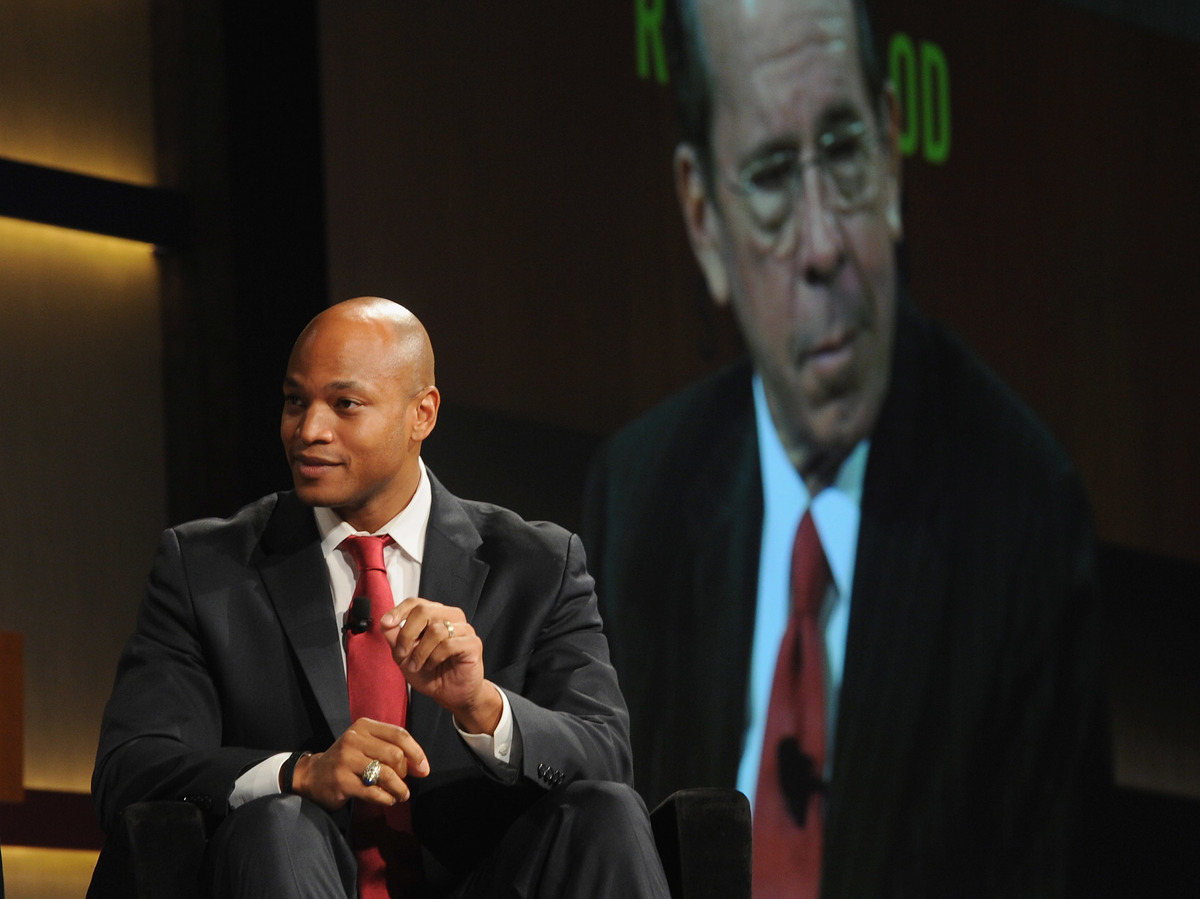 Wes Moore speaks at the Robin Hood Veterans Summit at Intrepid Sea-Air-Space Museum on May 7, 2012 in New York City.

Fox News has been under fire in the past year for sexual harassment. First Fox chair Roger Ailes, then the network's favorite pundit, Bill O'Reilly, were forced to leave after multiple women complained of unwanted advances—and the blocked advancement they experienced when they didn't put out. (Both men claimed no wrongdoing, although Fox has paid millions to make would-be plaintiffs go away.) Now new charges of racial discrimination have been added to the harassment charges. Eleven Fox employees—current and former—have filed a class-action suit. The suit says the employees made multiple complaints about discrimination and racially derogatory language from specific managers, and that the network never did anything about these behaviors. The network denies it.

Far from sucking away resources from angry Americans, a new study from Latino USA says DACA-eligible immigrants provide $2 billion each year in state and local taxes.

There's a new philanthropist in town: the New York-based Robin Hood Foundation has chosen Wes Moore as its new CEO. (You may remember him as the author of, The Other Wes Moore, a book that looks at how he and another Wes Moore, grew up a block away from each other in the same poor Baltimore neighborhood, had similar beginnings and vastly different lives.) The nonprofit addresses poverty, health and education needs, and is a favorite of Wall Street types. Moore is uniquely qualified to run the charity: it's not often that philanthropic administers who are trying to reduce poverty actually know poverty on a first-hand basis. "Disparity is real," Moore told The New York Times. "We have communities that have been neglected, and I have lived in one of them."

Whose art is it, and is it a homage or an appropriation? You'll remember artist Shepard Fairey got in trouble with his Obama/Hope poster. And earlier this year, with the hijabi that celebrated the Women's March on Washington. That touchy issue comes up a lot in the art world, and one of the latest examples comes from Michelle Obama's hometown, Chicago.

After all the discussion about Henrietta Lacks, a deeper look from The Ringer.

Back in 1954, Brown v Board made "separate but equal" schools illegal, and although some schools dragged their heels for years in complying, eventually official desegregation was greatly reduced. Now it's baaaaaack. A judge in Alabama recently ruled that Gardendale, Ala., can indeed secede from the Jefferson County school system to form its own school system. If you think that sounds a lot like the all-white "private" academies that sprung up throughout the South after Brown v Board with the express intent of avoiding integration, you'd be on the money. In this case, the Confederate dollar.

Graduates often find ways to stick out in the sea of robes and mortarboards, and recent ceremonies have seen students draped in flower leis (Asian students) maile and/or orchid leis (students of Pacific Islander heritage), or stoles that indicate their ethnicity or affiliation with their major or Greek organization. In Montana they're going one better: Gov. Steve Bullock just signed a bill that allows Native American students to decorate their robes with culturally traditional touches (eagle feathers, beads, etc.) to mark the occasion. There had been objections from some school administrators and acceptance by others. Now this removes that resistance.

Shea Moisture makes hair and body products that are great favorites with black women. The company, founded by a mother and son team with roots in Sierra Leone, decided to expand to other markets and did two things: it allowed Bain Capital to become a minority investor in it and it engaged a marketing team that made a huge marketing mistake that offended its core base with a short-lived commercial. The spot that featured two white women and a very fair-skinned black one talking about how they hated their hair. Backlash from loyal customers ensued. Apologies from Shea Moisture swiftly followed. Too late? Does All Hair Matter? We'll see.

That's it from here. It's spring: go put on a lei and celebrate something. We'll see you next week.