Accessibility links
Picturing Queer Africans In The Diaspora : Code Switch A photographer uses his lens to peer through perceptions of queerness in his ancestral home. 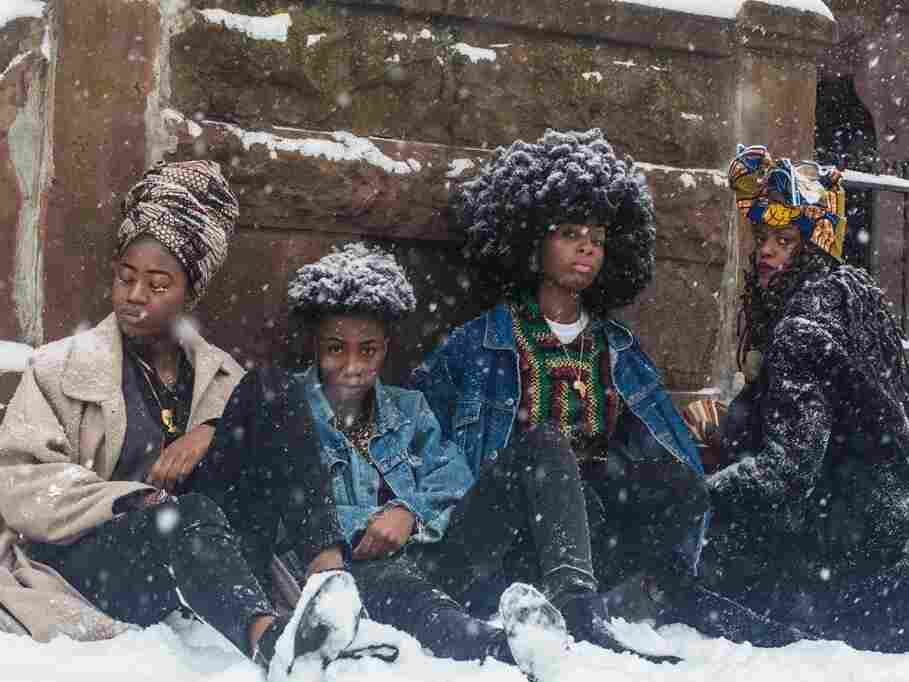 Limit(less) is a documentary project that explores the visual aesthetics of LGBTQ African immigrants. Courtesy of Mikael Owunna hide caption 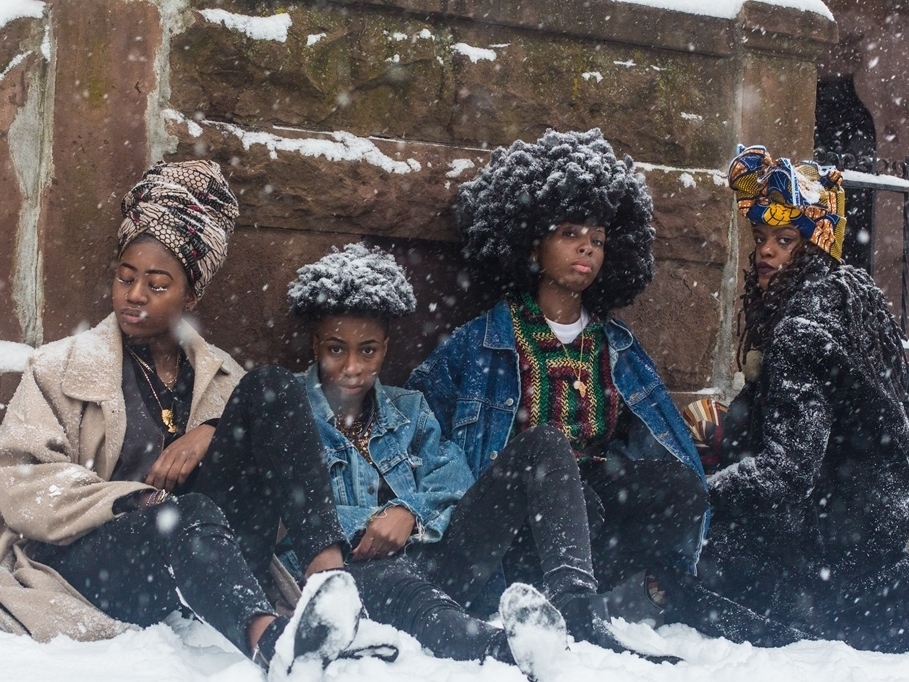 Limit(less) is a documentary project that explores the visual aesthetics of LGBTQ African immigrants.

In 1624, as Portuguese colonists were making their way through the east coast of Africa, a woman named Nzinga ascended to the throne of Ndongo (now Angola). She spent decades fighting off invaders, both from Portugal and neighboring African kingdoms, and became a legend among her people and around the world. 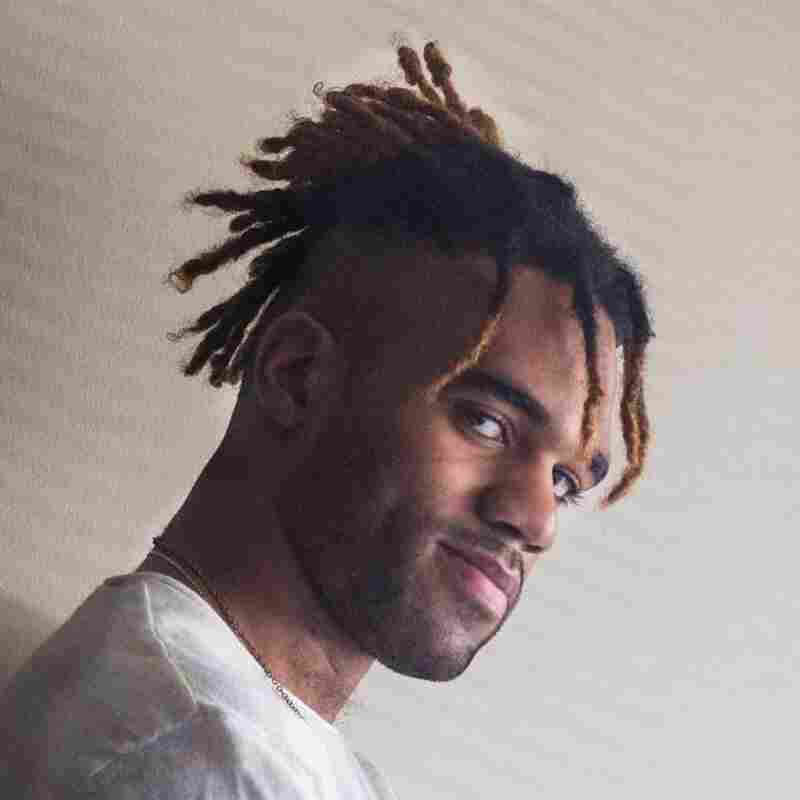 Nzinga is one of the first people that Mikael Owunna, a Pittsburgh-born Nigerian-American photographer, thinks of when people tell him that queerness is un-African. "The thing about Nzinga is her title was Ngola, and Ngola means king," Owunna said. "Nzinga ruled dressed in full male clothing as a king, and she had a harem of young men dressed as women who were her wives. So in the 1600s, you basically had a butch queen with a bunch of drag queens for wives leading a fight against European colonization."

Finding historical representations of queerness in Africa is important to Owunna because growing up he was flooded with messages that his sexuality and cultural heritage were at odds. "When I read that history, I understood really kind of fundamentally that Africans, we have been here. We've been at the forefront. And even when you read about the way gender and sexuality are talked about, it's not just one way. Every different community has a different way to understand gender and sexuality."

When Owunna was unwillingly outed to his family at 15, the solution to what some family members perceived as a problem was to send him from his hometown of Pittsburgh to his parents' native Nigeria to reconnect with his roots. "Because the idea was if I get re-exposed to my culture, there's no way that I would be this way," Owunna said. "This is an American thing. This is because I grew up in America." For several years, Owunna traveled to his family's hometown in Nigeria twice a year. But when he was eighteen, he said through laughter, "They found out that I was still gay."

The winter after he started college, Owunna was sent to Nigeria again. This time, he was put through what he described as a series of exorcisms to try and change his sexuality. A healer poured hot oil all over his body in an attempt to drive out whatever was making Owunna gay. "In that context, I felt like I couldn't be Nigerian and queer, because I was put through so much trauma and abuse," Owunna said. "I ran away from everything Nigerian, everything African for years." 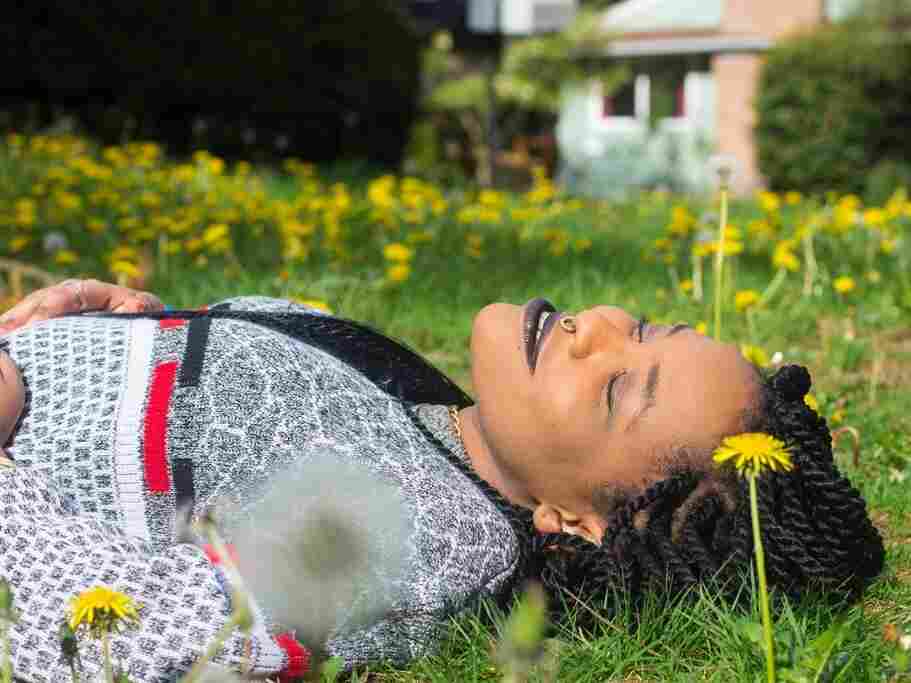 Limit(less) is a documentary project that explores the visual aesthetics of LGBTQ African immigrants. Pictured above is Netsie, a queer Ethiopian Namibian. Limitless, TK hide caption 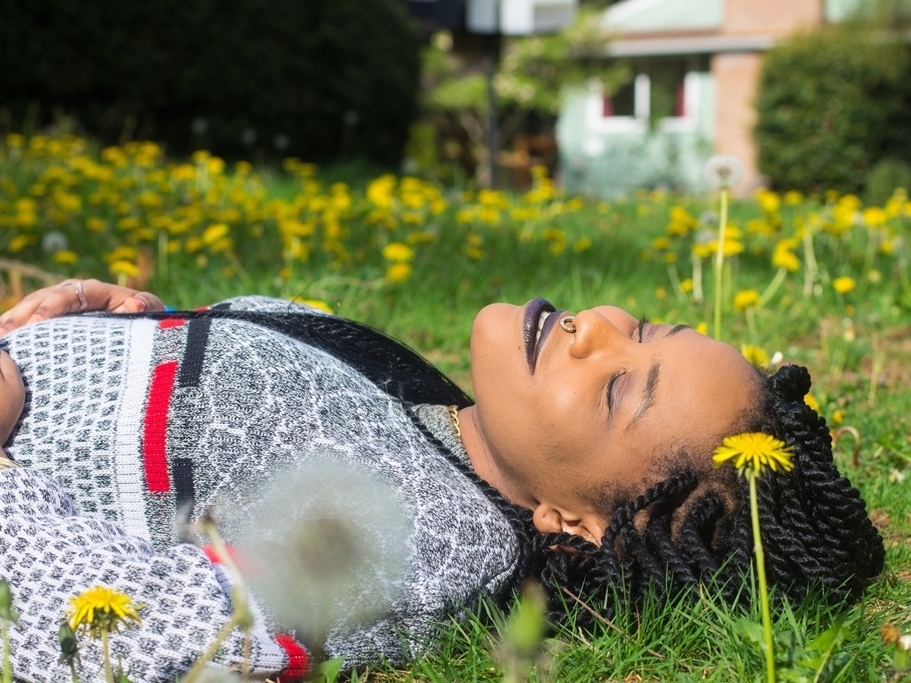 Limit(less) is a documentary project that explores the visual aesthetics of LGBTQ African immigrants. Pictured above is Netsie, a queer Ethiopian Namibian.

But eventually, Owunna started to question the idea that he couldn't be both queer and African. His current project, Limit(less), pushes back against the belief that being queer is at odds with being African by interviewing and photographing people who embody both identities. Most of his subjects so far live in the United States and Canada, with origins from Somalia to Morocco to Cameroon.

Owunna said that working on this project has been a way to link his experience to a larger community. Almost everyone he has interviewed processed similar messages growing up. "They'd heard that [being queer] is un-African. That it is not of our culture. It's a Western thing, it's a disease from white people. All of these kind of really crazy things that have been taught to us through colonization over centuries."

The perception that queerness is un-African has been reinforced legally in some countries. According to the International Lesbian, Gay, Bisexual, Trans and Intersex Association (ILGA), same-sex sexual acts are illegal in 33 African countries, and punishable by death in Sudan and parts of Nigeria. Zimbabwe President Robert Mugabe has been quoted as saying that homosexuality could potentially "disturb the African moral fabric."

"The idea that the so-called tolerance towards homosexuality somehow sprang from a western source doesn't hold...Looking at a variety of data on 185 countries, we found that former British colonies are much more likely to have laws that criminalize homosexual conduct than former colonies of other European powers, or than other states in general. For example, 57 percent of states with such a law have a British colonial origin. Almost 70 percent of states with a British colonial origin continue to criminalize homosexual conduct."

Working in the United States and Canada, Owunna and the people he photographs have had the ability to be fairly open about their sexuality and identities. In several of their countries-of-origin, the same wouldn't be true. Nigeria, for example, is one of seven African countries with a law on the books that "target[s] freedom of expression related to sexual orientation."

Owunna said during interviews with his subjects many described experiencing trauma, hurt or alienation. The lives of the people he works with are complicated, he said. But he has a different vision when he photographs them. "Despite all of these circumstances, we still are whole individuals and can live full and free lives," he said. "What I really specifically try to do with my work is envision what a free world for black, queer, and trans people can look like. So with every click of my camera, I'm trying to capture this sort of emancipatory vision." 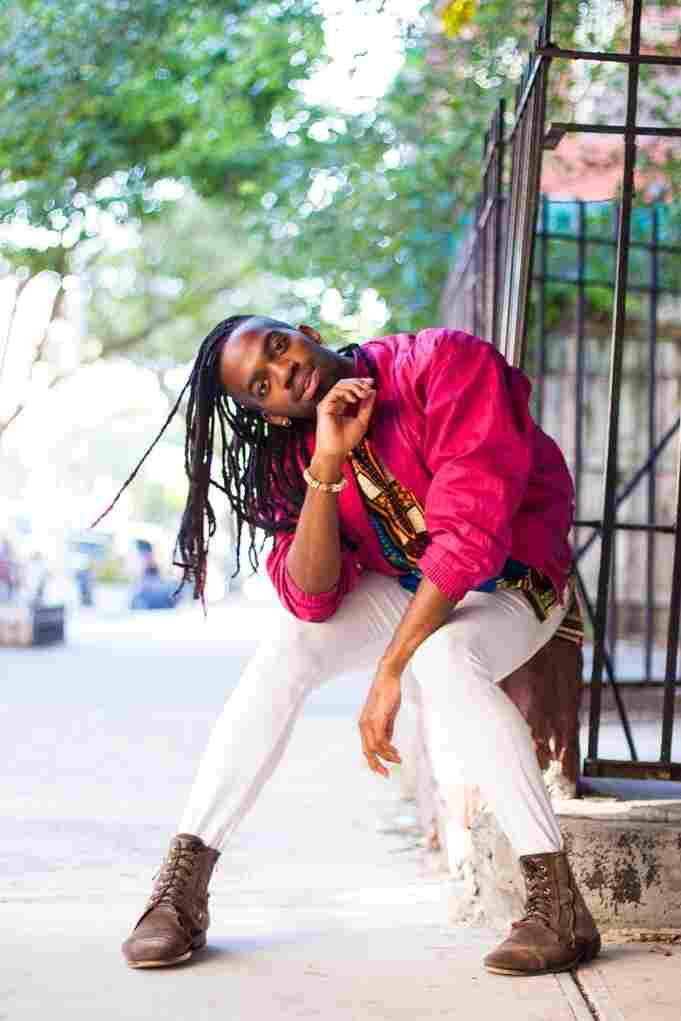 His subjects style themselves, and he likes to shoot them in or near their homes. Some of the people Owunna shoots are comfortable in front of the camera. Others are shy. To help get a sense of who they are and what they want to convey, he often spends a full day with each person before taking a single shot.

After one memorable shoot, Owunna passed his camera to a woman he was profiling so she could take a look. She was silent for a long time, and then explained to Owunna what she saw in his work. "She'd been telling herself that her goal was to be a certain type of person in five or seven years," he said. "But looking at the photos, she could see that she was already that person that she was envisioning and dreaming to be. She was that person today. That's when I realized I was capturing something special and magical."

In June, Owunna will bring Limit(less) to Europe, where there are about four times as many African immigrants as in the United States. He wants to explore issues that LGBT African refugees are facing. And he wants to continue to push the boundaries of what it means, and what it looks like to be queer and African today.

"Because Africa has like a billion people," Owunna said. "It's ridiculous that we try to homogenize it. But it comes from colonialism, where the West, Europeans, saw the black body as this mass, this homogenous mass... And so we've internalized that to be like, 'Oh this is not African. This is not us.' Whereas being African has always been about abundance and about richness. It's been about possibility."