Accessibility links
Indian Americans Reckon With Reality Of Hate Crimes : Code Switch Unaccustomed to being targets, they are organizing and marshalling resources after one fateful killing. 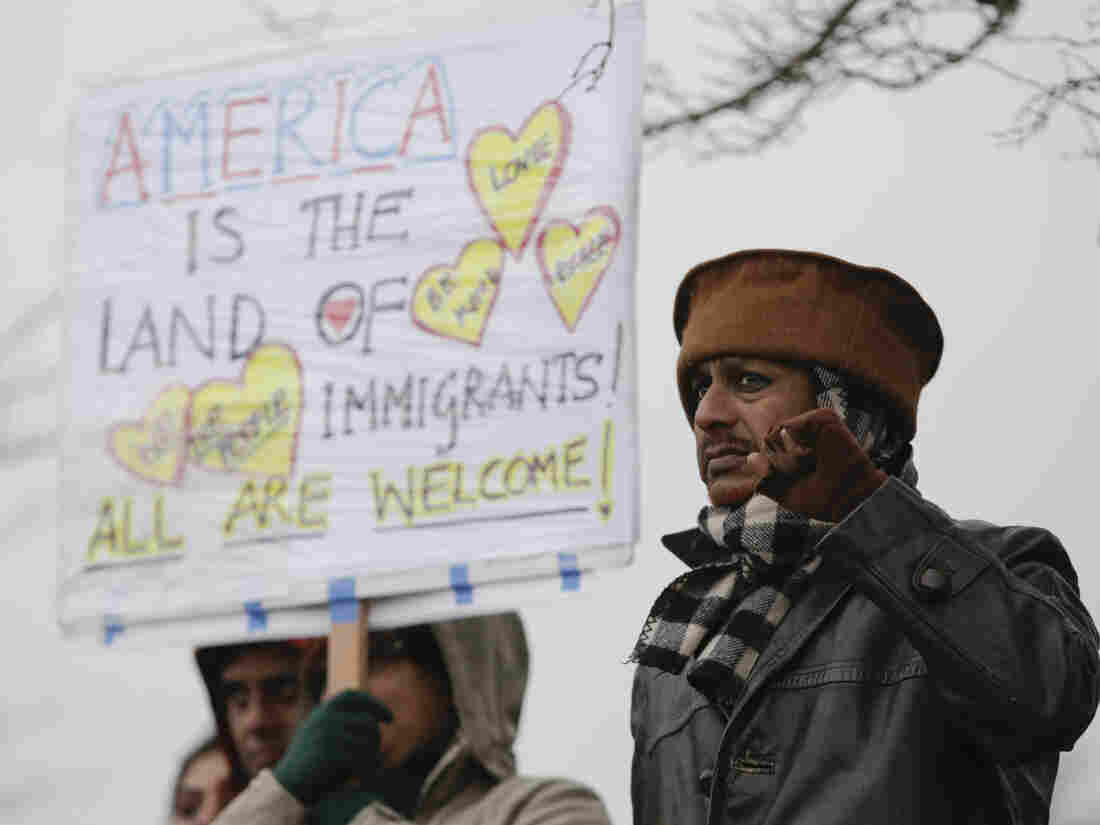 Members of the South Asian community and others attend a peace vigil for Srinivas Kuchibhotla, the 32-year-old Indian engineer killed at a bar Olathe, Kansas, in Bellevue, Washington on March 5, 2017. Jason Redmond/AFP/Getty Images hide caption 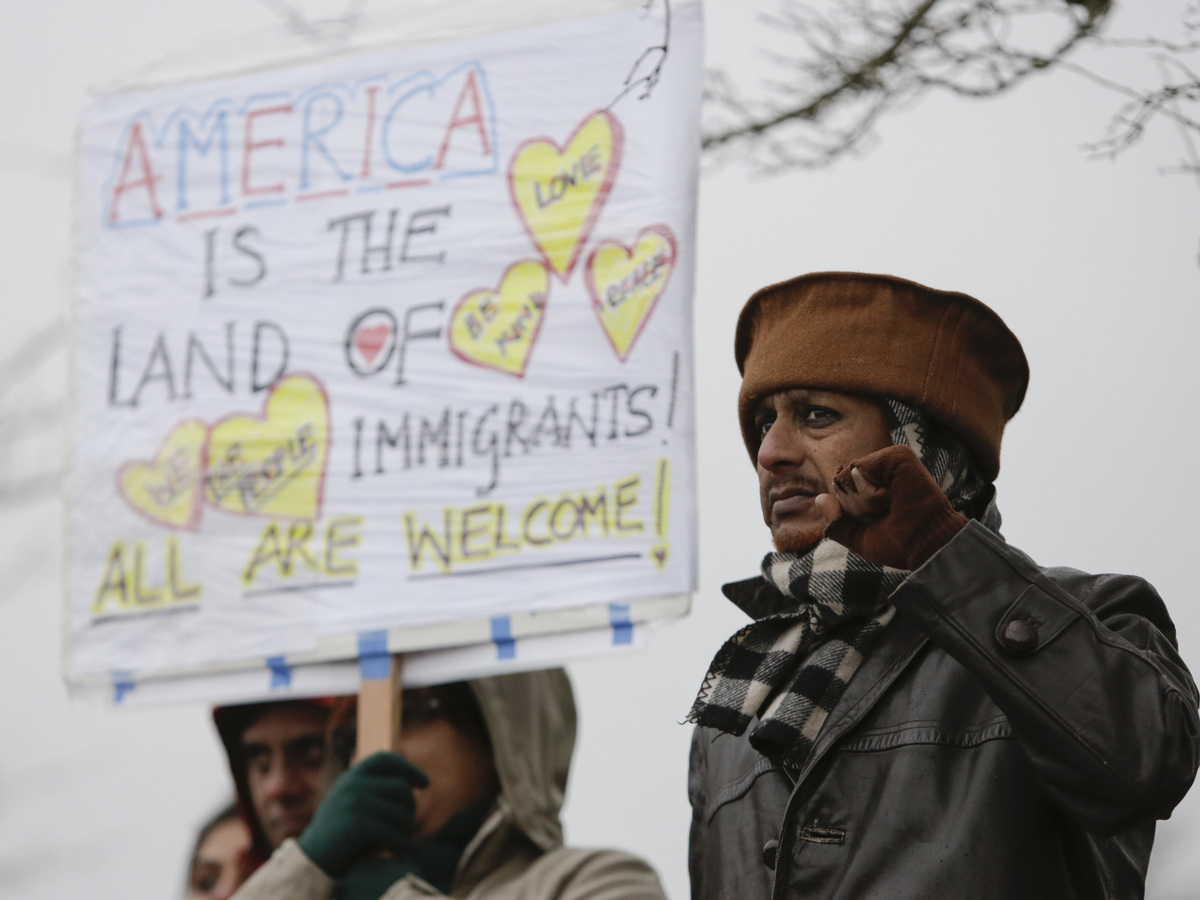 Members of the South Asian community and others attend a peace vigil for Srinivas Kuchibhotla, the 32-year-old Indian engineer killed at a bar Olathe, Kansas, in Bellevue, Washington on March 5, 2017.

Since the February death of Srinivas Kuchibhotla, the first bias fatality of the Trump era, one question has been coursing through South Asian-American circles: was this hate-crime killing in Olathe, Kansas their "Vincent Chin moment"?

Chin was a Chinese-American in Detroit who was beaten to death by two white men in 1982. His death is credited with sparking a pan-Asian-American activist movement.

In "The Making of Asian America: A History," author Erika Lee quotes activist Helen Zia as saying, "Suddenly people who had endured a lifetime of degrading treatment were wondering if their capacity to suffer in silence might no longer be a virtue."

Like Chin, Kuchibhotla was an immigrant, and had moved to the country from India.

Both men were victims of ethnic mis-identification: Chin's killers thought he was Japanese, and that he was somehow to blame for U.S. auto manufacturing jobs being lost. In Kuchibhotla's case, the alleged shooter told a bartender that he'd killed two Iranians, including Kuchibhotla's friend Alok Madasani, who survived.

But for all the similarities, there is one important difference: Chin was working class, while Kuchibhotla was an engineer who was, in the words of his widow, able to buy their "dream home" in suburban Kansas City.

This fact, however, may help explain why Kuchibhotla's death has generated an unusual degree of alarm in the Indian community, including segments that have not otherwise been politicized.

Unlike many of the Sikh and Muslim victims of past hate crimes, including those which occurred after 9/11, Kuchibhotla was Hindu. He was, in other words, an everyman figure in the eyes of many in India, and just as importantly, his death comes against a backdrop of rising white nationalism and disaffection.

For Bay Area activist Anirvan Chatterjee, the shootings in Kansas served as "a huge wake-up call" for Hindu Americans.

Another factor is wealth. Indian Americans have the highest median income of any ethnic group, and this attribute may have helped inoculate the community against a sense of threat. 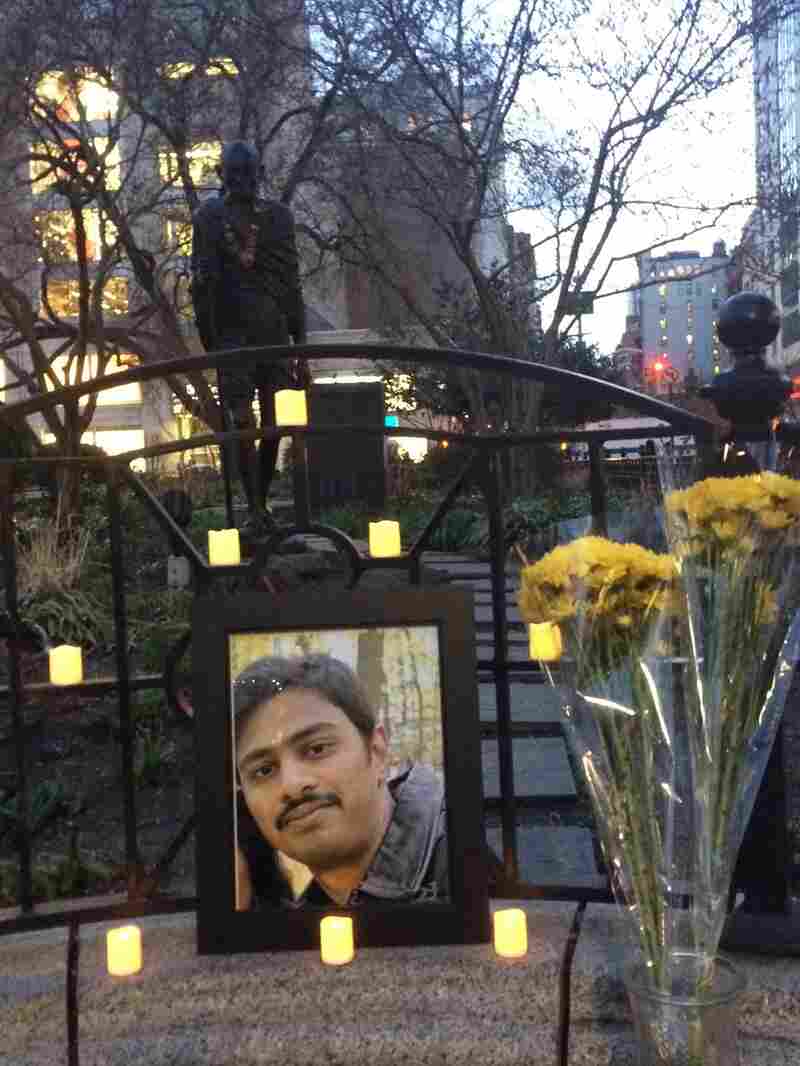 After his death, several candlelight vigils for Srinivas Kuchibhotla were held around the country. This one took place in front of the Gandhi statue in Union Square in New York City. Arun Venugopal hide caption 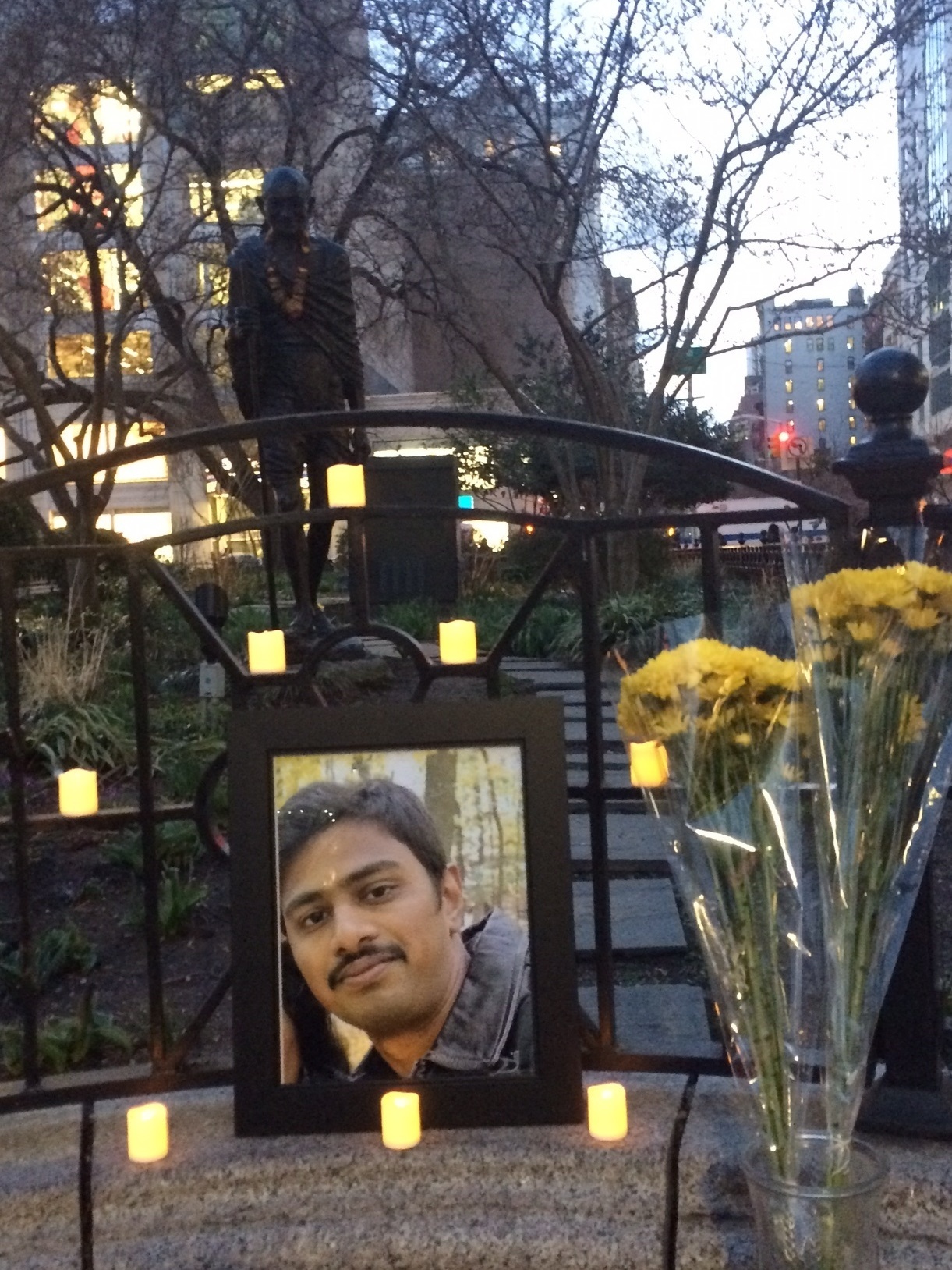 After his death, several candlelight vigils for Srinivas Kuchibhotla were held around the country. This one took place in front of the Gandhi statue in Union Square in New York City.

"I think there was a sense of 'Look at the tremendous success' and there was perhaps a complacency that we didn't have to do the basic building blocks" of organizing, said Raj Goyle, a former state legislator from Kansas who now runs a tech firm in New York.

"Indians, We are the white people of brown people," said Indian comedian Vir Das on a recent episode of Conan. Das waited for the laughter to die down before adding, "Because when we get shot there's an investigation, ladies and gentlemen."

In other words, we're dark enough to be the targets of hate crimes, but connected enough that the powers that be actually pay attention.

That paradox explains why even the wealthiest Indian Americans are now mobilizing: Goyle is co-founder of the Indian American Impact Project, an organization that is encouraging Wall Street executives, venture capitalists and others to invest in progressive political candidates and civil rights groups, and to align with other communities of color.

"There are people who have very significant net worths who I think are willing to now write seven-figure checks, perhaps even eight-figure checks," said Goyle. "The resources in the community are there."

Suman Raghunathan, executive director of the civil rights group South Asian Americans Leading Together (SAALT), thinks this is a significant change because, unlike in the post-9/11 era, the fear is now reaching into every corner of the Indian-American community.

"There's a blanket sense and understanding among folks that we are all in the crossfire."

Arun Venugopal is a race reporter with WNYC and a contributor to "The United States of Anxiety" podcast. Find him on Twitter @arunNYC.