Accessibility links
Facing A Population Decline, Baltimore Set Up A Legal Defense Fund For Immigrants : Code Switch Officials in many cities have said protecting immigrants from deportation is a moral imperative. In cities with dwindling tax bases, like Baltimore, it's also a financial one.

Facing A Population Decline, Baltimore Set Up A Legal Defense Fund For Immigrants

Facing A Population Decline, Baltimore Set Up A Legal Defense Fund For Immigrants 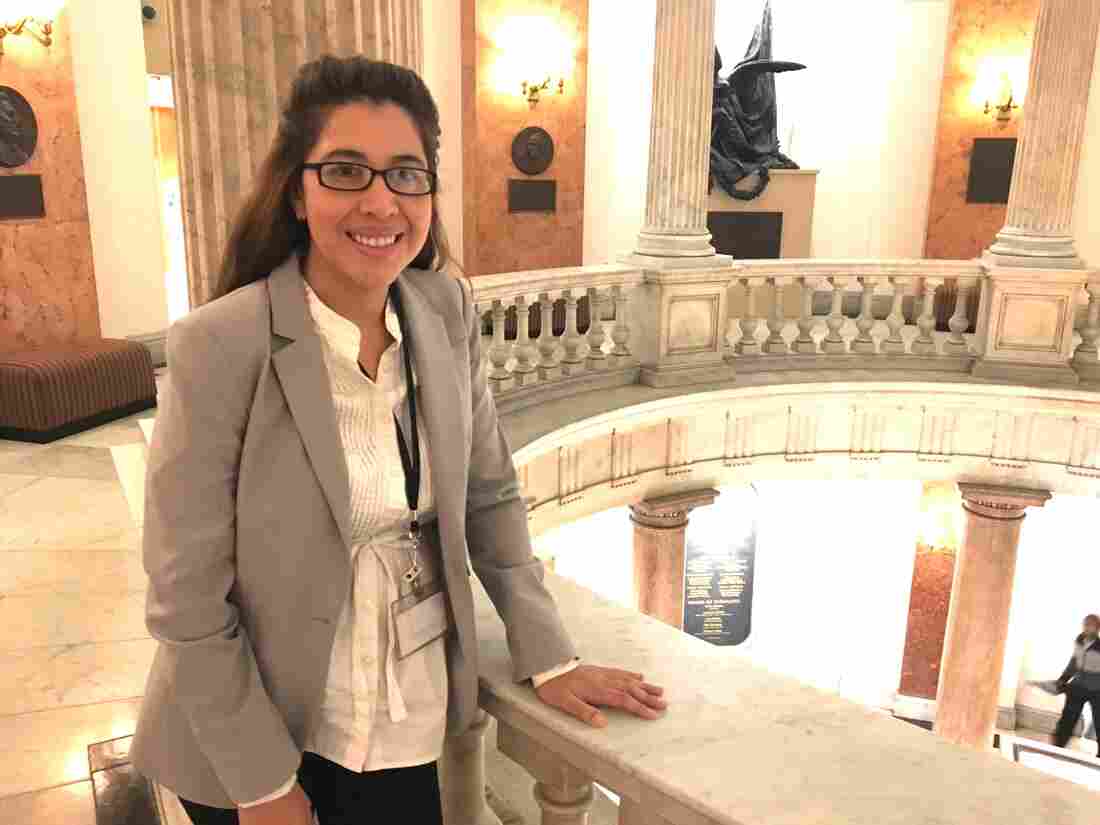 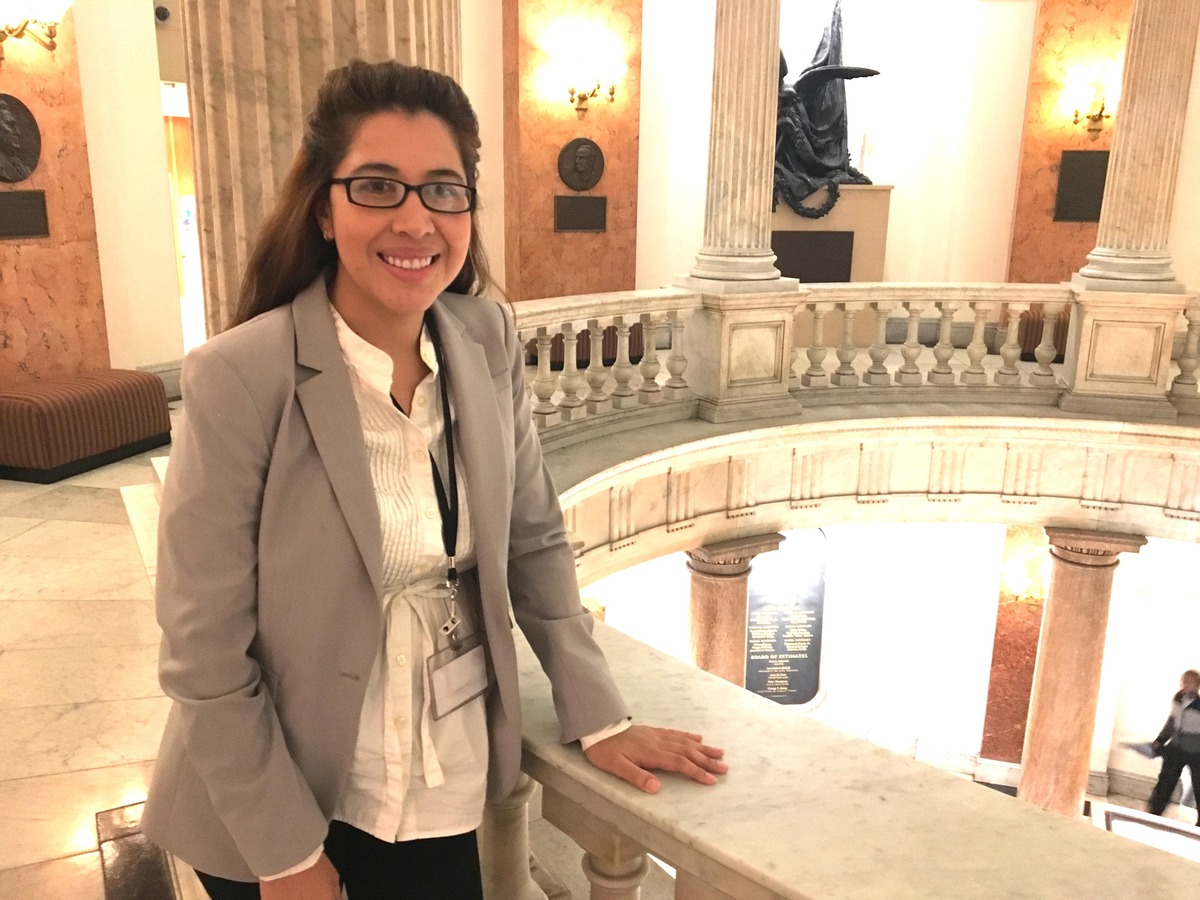 Catalina Rodriguez-Lima runs a city office whose mission is to attract new immigrants to Baltimore, a strategy for reversing decades of population decline.

In the mayor's office on the second floor of Baltimore City Hall, Catalina Rodriguez-Lima has been uneasy lately. Rodriguez-Lima runs a city office whose mission is to attract new immigrants to Baltimore — a strategy for reversing decades of population decline. But President Donald Trump's plans to ramp up deportations of immigrants in the U.S. illegally have cast a pall over her efforts.

"We have been working to develop economic tools for immigrants to open businesses, to buy homes, to be employed," she said. "Our efforts are being threatened because there is that constant reminder in the back of their heads that they could be deported."

As President Trump's widening deportation dragnet has heightened anxieties in immigrant households across the country, local officials have spoken about the moral responsibility they have to protect these families through steps like limiting the role police officers play in immigration enforcement. But in cities like Baltimore, which see growing their immigrant populations as a way to revive a shrinking tax base, there's also a strong financial imperative to act.

Six decades of white, and more recently black, flight have driven Baltimore's population to a 100-year low. In recent years, only a couple of bright spots have emerged in this otherwise worrisome demographic picture. The city's Latino population has more than doubled in the last decade, while its Asian population has grown by 60 percent. Immigrants, Rodriguez-Lima said, account for much of that growth, and now make up about 8 percent of Baltimore's 615,000 residents.

"And we know that immigrants attract other immigrants," Rodriguez-Lima said. "Friends and family tell other people that they were able to have a home here. So that's why it's so important to be able to retain those networks, because they themselves become a tool to attract additional immigrants."

Unlike the mayors of major cities like New York, Chicago and Los Angeles, Baltimore's new mayor has not openly condemned President Trump's deportation efforts or publicly vowed to resist them. But the city has put some resources into efforts that protect its immigrant residents. 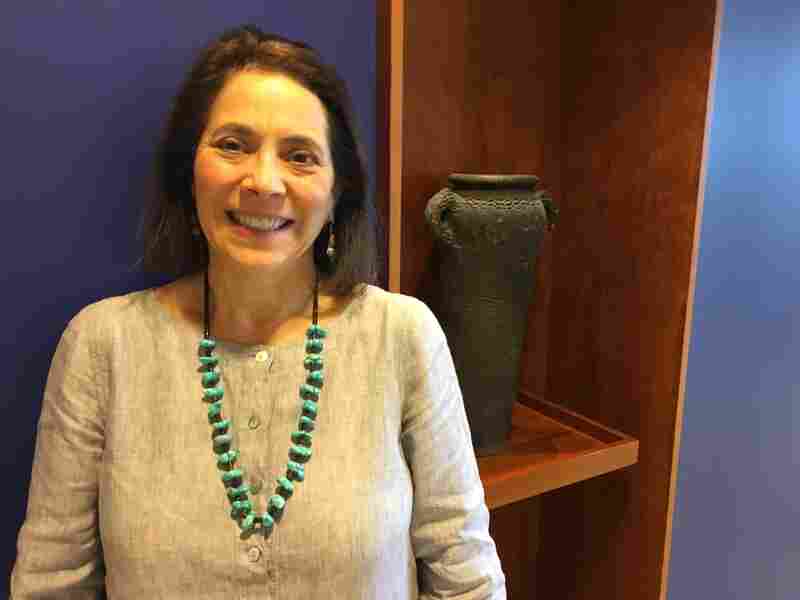 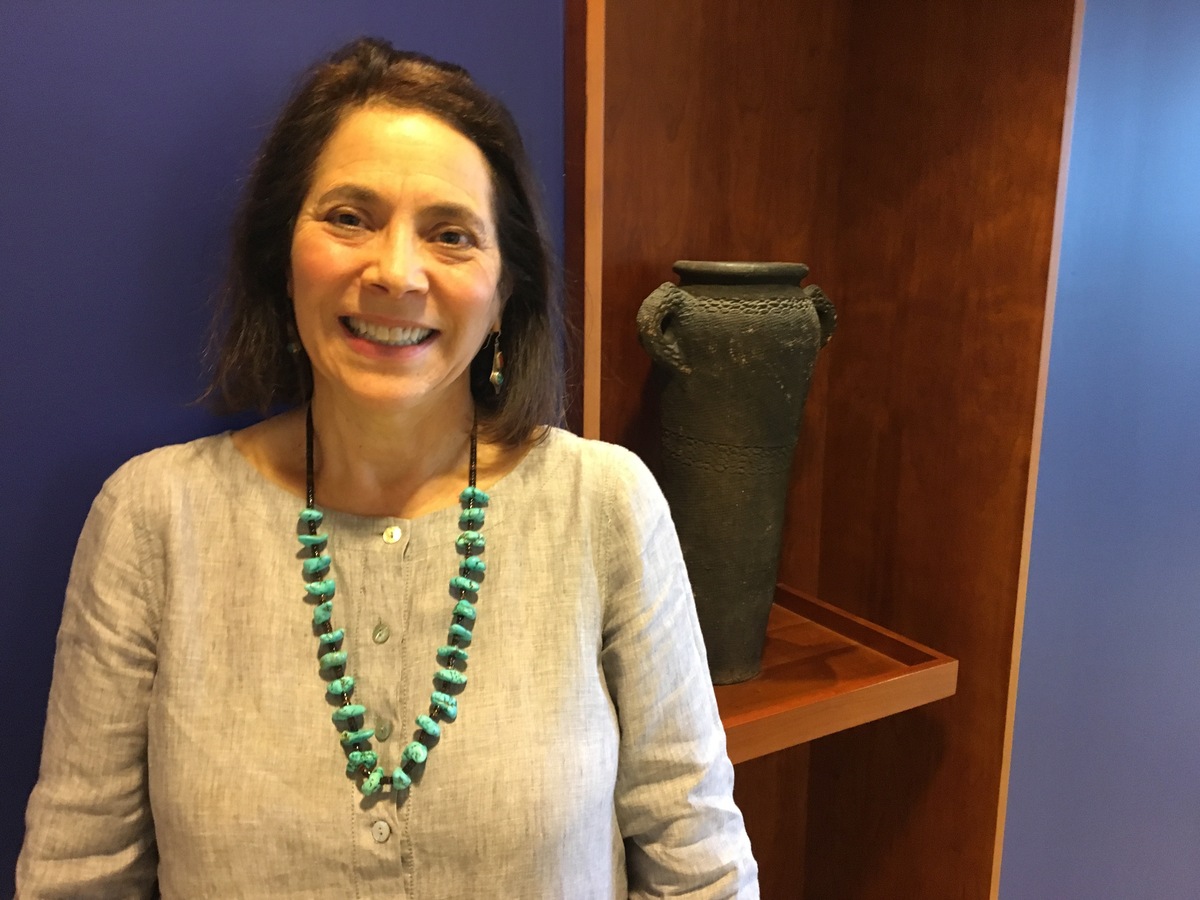 Diana Morris, director of the Open Society Institute of Baltimore.

Last month, the city announced a $500,000 private fund to provide lawyers for immigrants facing deportation. Though Baltimore has not committed public money to the fund the way other cities have in announcing similar efforts, city officials are fundraising on behalf of the Open Society Institute of Baltimore, the private nonprofit managing the fund.

"We know that in immigration court proceedings, the outcomes are better if people do have representation," said Diana Morris, the institute's director. "We want to make sure that people do have legal defense."

Rodriguez-Lima, of the mayor's office, said the fund's creation is as much about protecting families from deportation as it is about protecting a population that officials see as an important and growing economic engine for the city's future.

For a glimpse of this future, and of how it stands to be shaped by the fate of Baltimore's immigrants, Rodriguez-Lima pointed to Highlandtown, a historically blue-collar neighborhood in the southeastern section of the city. Eastern Avenue, which runs through it, is a canvas of freshly erected signs over once-vacant storefronts that now house Mexican and Salvadoran restaurants, immigrant-owned hair salons, and a 24-hour laundromat lined with jumbo washers.

Rosa Martinez, an Ecuadorean immigrant, has lived in this neighborhood for more than a decade, but said its immigrant character started taking off in the last several years as more immigrants arrived and, feeling a measure of stability and belonging, began opening businesses.

But things here started feeling different after the election. In early February, shortly after President Trump signed an executive order prioritizing a much broader pool of unauthorized immigrants for deportation, federal immigration agents picked up two men outside the neighborhood Walgreens. Though both were in the country illegally, advocates said neither had so much as a parking ticket on his record. News of the arrests rippled through the neighborhood's large undocumented population. 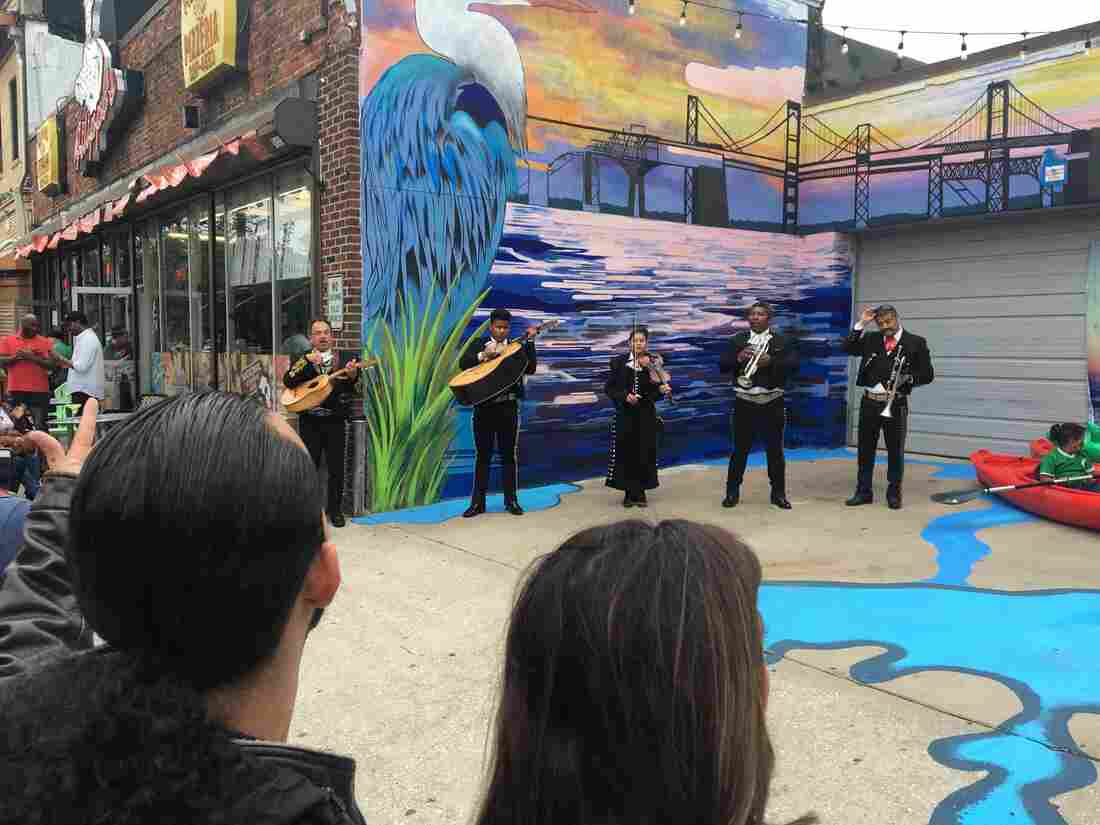 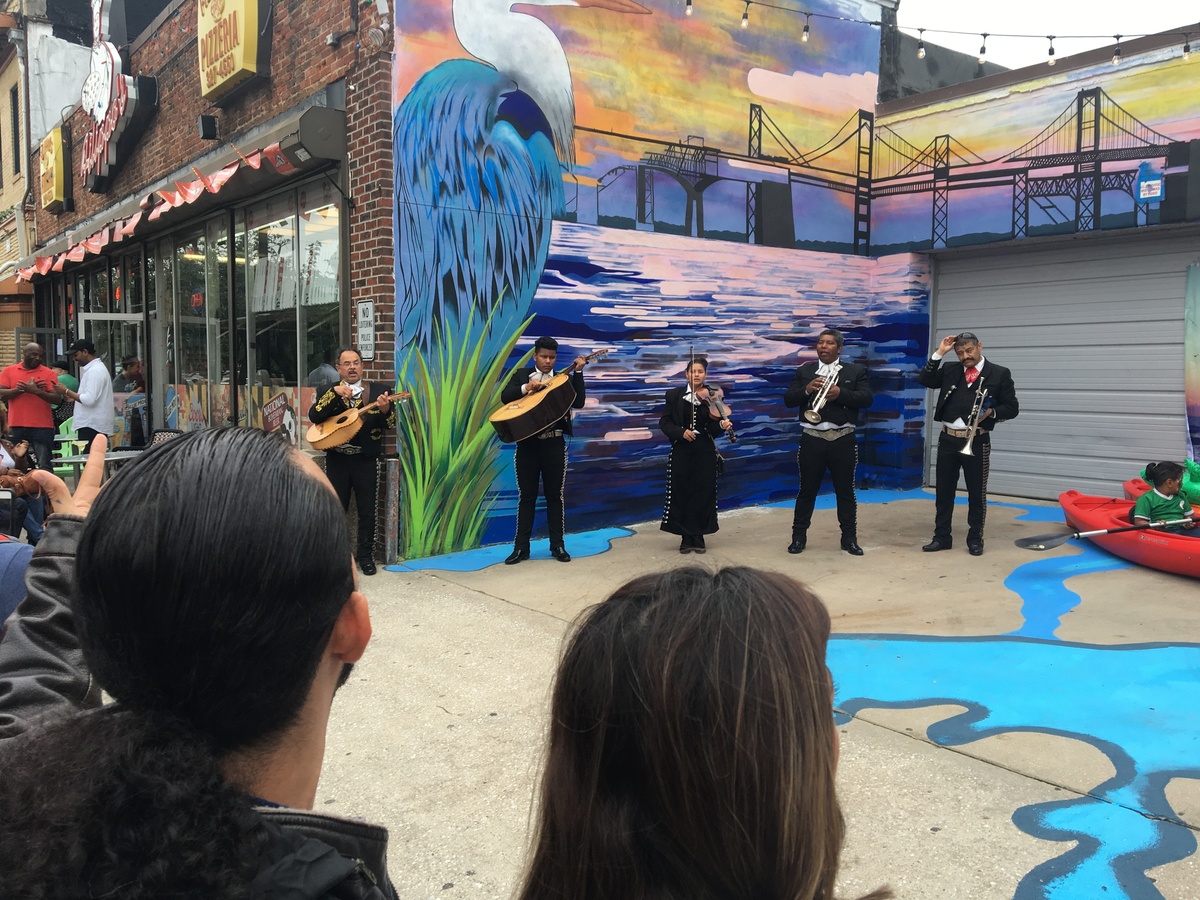 The city's Highlandtown neighborhood has become an immigrant hub in recent years.

"I tried not to really leave home," Martinez said, speaking in Spanish. "Many of the mothers at my son's school, too. There was that fear of being picked up by immigration."

News of immigration arrests often sends a chill through the neighborhoods in which they occur, affecting stress levels but also school attendance and business at local stores. During the early years of the Obama administration, Highlandtown residents were occasionally targeted, though by the end of his second term, Martinez and other immigrants here said, they felt more at ease.

The prospect of a renewed and sustained period of enforcement is now front of mind, for both immigrants like Martinez, who fear for their safety, and for City Hall officials like Catalina Rodriguez-Lima, who fear also that the economic progress neighborhoods like Highlandtown have made in recent years could be reversed.

Rodriguez-Lima is working to develop the legal defense fund and other ways to protect the city's immigrants. Martinez has started squirreling away money for an immigration attorney, just in case she gets picked up by immigration authorities.

She stuffs the cash under her mattress, where her family will know where to find it.