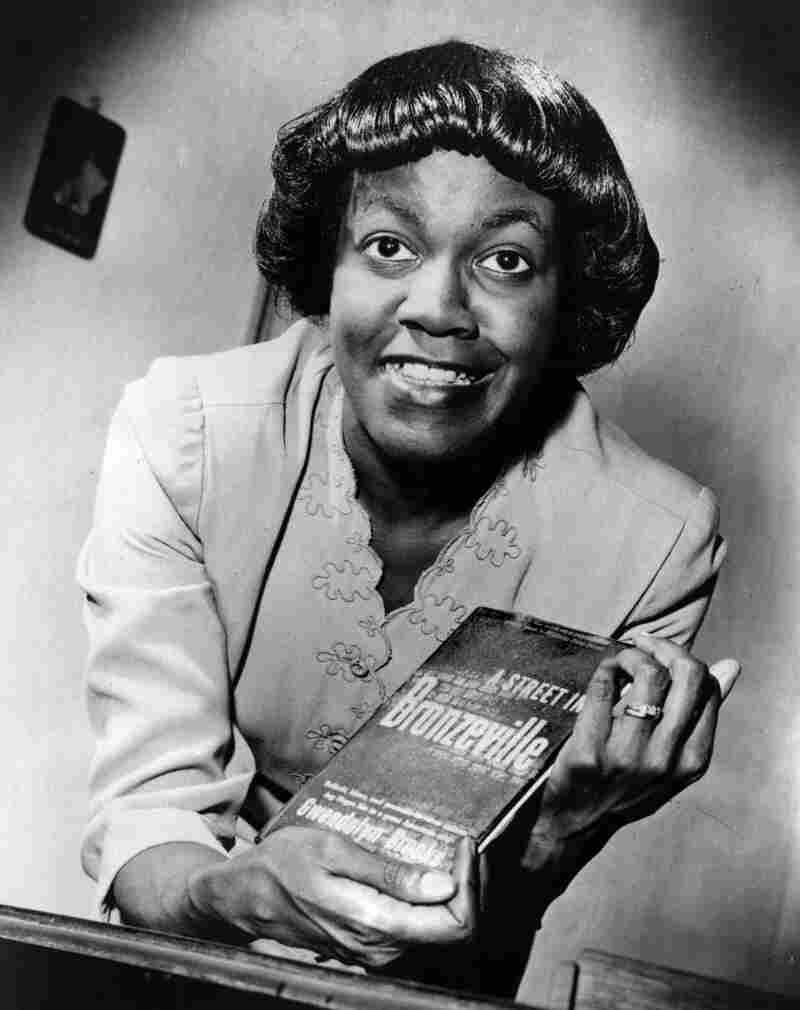 Gwendolyn Brooks poses with her first book of poems, A Street in Bronzeville. AP hide caption 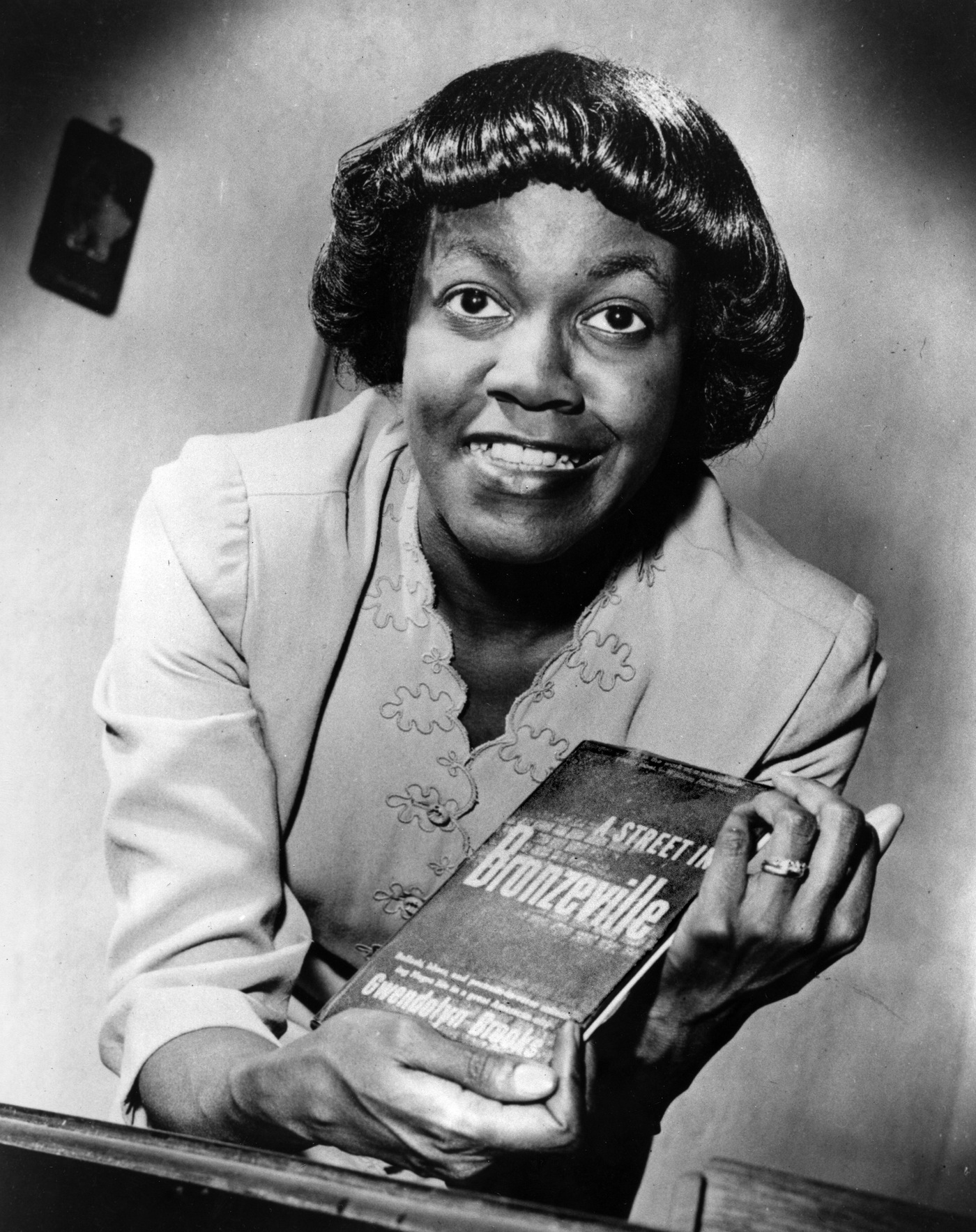 Gwendolyn Brooks poses with her first book of poems, A Street in Bronzeville.

In 1950, Gwendolyn Brooks became the first African-American to be awarded a Pulitzer Prize. Hers was a Pulitzer in poetry, specifically for a volume titled Annie Allen that chronicled the life of an ordinary black girl growing up in the Bronzeville neighborhood on Chicago's famous South Side.

Brooks was in her living room when she learned she had won, she recalled in a Library of Congress interview, and it was growing dark. She didn't turn on the lights, because she knew what would happen. Money was tight, and the bill hadn't been paid.

She also knew that her Pulitzer made her something of a unicorn, and began to worry about what was going to happen when word got out.

"The next day, reporters came, photographers came," she recalled. "And I was absolutely petrified. I wasn't going to say anything about the electricity. But I knew when they went to plug in their cameras and all, nothing was going to happen."

The photographers came. They plugged in their lights. The living room was sufficiently illuminated. Someone — "I never did find out who" — had quietly paid the bill. The universe had made sure that Gwendolyn Brooks, so generous to others, was taken care of. In a way, it was life imitating art imitating life: she mostly wrote about everyday people with everyday problems, in language that varied from the classic to the colloquial.

Gwendolyn Elizabeth Brooks was born on June 7, 1917, in Topeka, Kan., but she moved to Chicago with her parents, Keziah and David, when she was 5 weeks old. The Brooks family joined thousands of black families that were streaming into the city's South Side, part of the Great Migration that would transform many large American cities north of the Mason-Dixon Line. Segregation confined the new arrivals to the South Side, where they created parallel institutions to the white ones that excluded them. Young Gwen came from a family of readers and book lovers, and announced early on that she intended to become a poet.

Her mother encouraged her, and helped Gwen send her poems to magazines and to the Chicago Defender, the legendary black newspaper whose anti-lynching editorials were known in black communities throughout the country.

In the 1930s, she received encouragement from the great James Weldon Johnson, and from Harlem Renaissance icons Langston Hughes and Richard Wright. Poet and biographer Angela Jackson says Brooks was published regularly in the Defender for several years, but the Pulitzer gave her a whole new kind of fame. 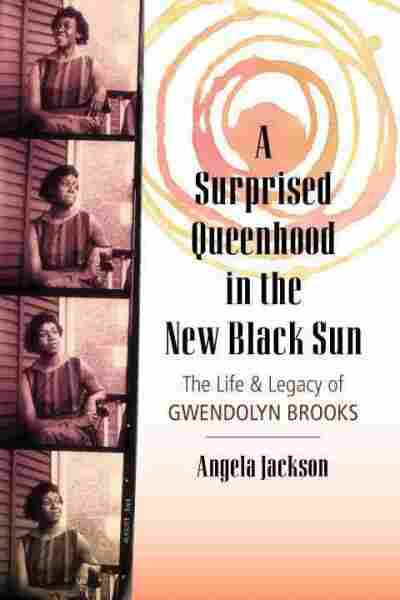 A Surprised Queenhood in the New Black Sun

The Life & Legacy of Gwendolyn Brooks

"The fact that she was the first African-American to be awarded the Pulitzer made her notoriety go through the roof," Jackson said.

"Kindness was her religion"

The award, and the financial reward that accompanies it, came at a time when Brooks and her husband, Henry Blakely, had a young son, Hank. Soon after, baby sister Nora arrived. Mothering took up a fair amount of time, but when the children were a bit older, Brooks continued giving readings, and she also began to teach. Nora Brooks Blakely remembers when her mother taught at three colleges concurrently: "That Christmas, suddenly the Christmas presents changed ... she just had a happy little fit, where she only got presents from Marshall Field's and C.D. Peacock."

Brooks loved being able to do nice things for other people, even though she did not live a lavish lifestyle herself. "It was more important to help a writer than to have the latest Nike or pair of shoes or Gucci bag or whatever, so that's what she spent her money on," Blakely says. The prize money funded poetry prizes Brooks created to encourage aspiring poets — especially children. It also took the pressure off people who were trying to write. "There were people she gave rent to, gave car payments to," Blakely remembers. "She gave chunks of money and just said, 'I think this will help.' "

Madhubuti met Brooks in the early '60s, when he was a young veteran writing poetry in Chicago. He'd read her in anthologies while he was in the service. "Like so many young poets at the time, I was in awe of her, her craft and her commitment to the black community." In his early career, Madhubuti was published under his birth name, Don L. Lee. But as a key member of the Black Arts movement — a contingent of artists, playwrights, poets and writers whose work reflected the cultural side of the growing Black Power movement — he chose a name that reflected his African heritage. He and Brooks grew as close as family — she often referred to him as her "other son." She would later say he drew her into this new cultural circle and she felt reborn. Her poetry became more urgent, more pointed.

She, in turn, was celebrated by what she fondly called "the riotous young people" who gathered at her home for long, often passionate discussions about black life, politics and culture. Black cultural celebrities of all sorts came by to visit the Blakelys: They held a party for Langston Hughes that was standing-room only. It was less throw-down, more salon: Ideas were exchanged and vigorously debated over food and drink. "I remember James Baldwin coming through the front door," Nora Blakely says. She remembers Baldwin's large, piercing eyes, "I panicked! I was just a little kid, and his eyes looked so big and commanding to me."

When she taught, Brooks took the summers off, and would retreat into her home to enjoy reading and watching soap operas, rarely venturing out until summer's end. Nora Blakely remembers that after she received her driver's license, her mother sent her off to the grocery store. "Some of her grocery lists were poetry in themselves," she laughs. "She would describe things like 'bright, pearlescent, ruby tomatoes' and so forth, to be very clear about what we were supposed to find." (Those grocery lists are included in Brooks' archives, at the University of Illinois.)

Brooks also began to travel during those summers off from teaching. She visited Kenya and Tanzania, and enjoyed making contacts on the African continent. Later, she and Henry would journey to Ghana. "She was making global connections between what was happening beside her and what was going on across the world," says biographer Angela Jackson.

This enhanced consciousness was reflected not only in Brooks' poetry, but in her person. "One day we walked in," Madhubuti remembers, "and she had a scarf on her hair ... then she took the scarf off her head and she had a natural. She had a natural hairdo." Brooks was no longer interested in the tyranny of the straightening comb. She even wrote a poem about it. "To Those of My Sisters Who Kept Their Naturals" celebrates "the rich rouch right time of your hair," despite a country whose aesthetic seeks to coerce kinks.

By the time Gwendolyn Brooks died, in 2000, she'd been showered with prizes and prestigious appointments. She'd been appointed poet laureate of the state of Illinois, a position she held for several years. In that role, she became a circuit rider for poetry, crisscrossing the state, visiting schools, prisons and hospitals, reading her poems and listening to others recite them. ("We Real Cool" was a perennial favorite.)

She was the recipient of more than 70 honorary degrees from colleges around the country. She also served as a poetry consultant to the Library of Congress — the position that would eventually be renamed poet laureate of the United States. A writer's conference was established in her name at Chicago State University. One year, Toni Morrison was the speaker, and the author told the audience she probably couldn't have done what she did without Gwendolyn Brooks' example and work to show her it was possible.

Despite all the accolades and literary fame, "She was very unassuming, very humble," says fellow poet and friend Haki Madhubuti.

"Her truth-telling was relentless," says Angela Jackson. But she didn't sacrifice her craft to tell those truths. "She insisted upon an elegance of speech, an elegance of writing — a heightened language that pierced through to people to engage the souls of readers."