Accessibility links
On Flag Day, Remembering The Red, Black And Green : Code Switch The Pan-African flag, designed by Marcus Garvey in 1920, was intended as an expression of black liberation. It's still used around the world. 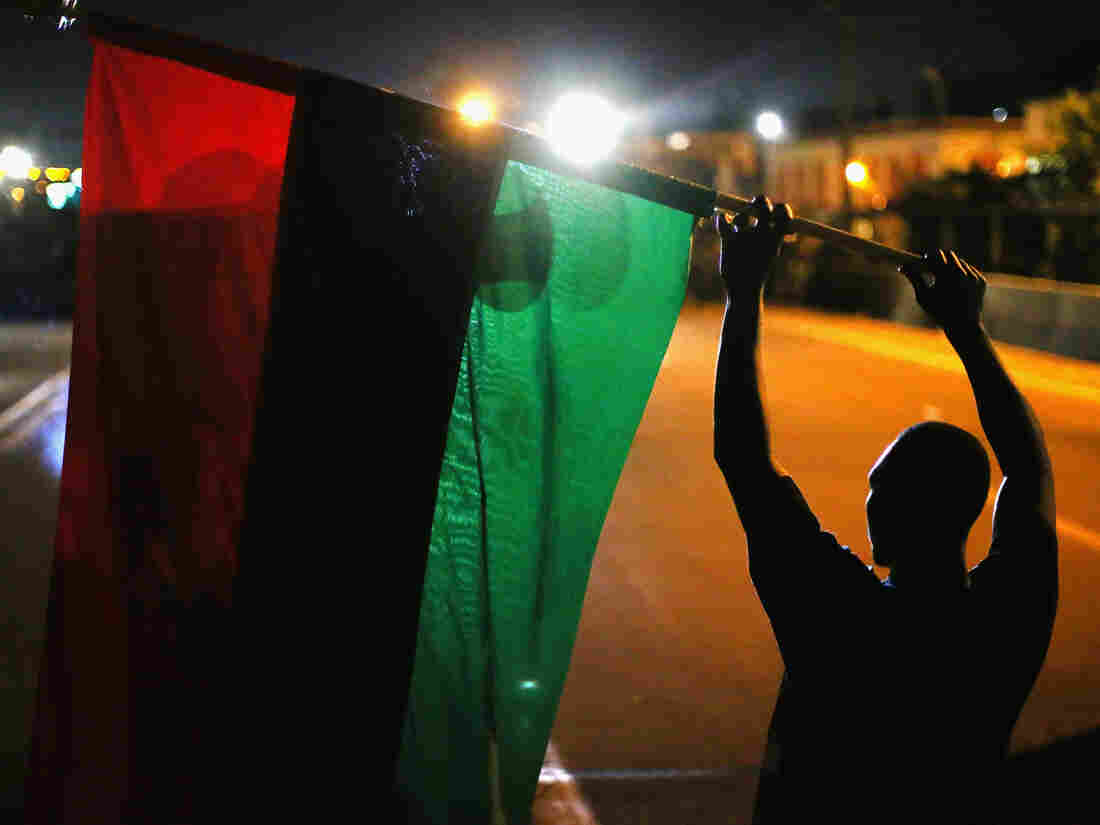 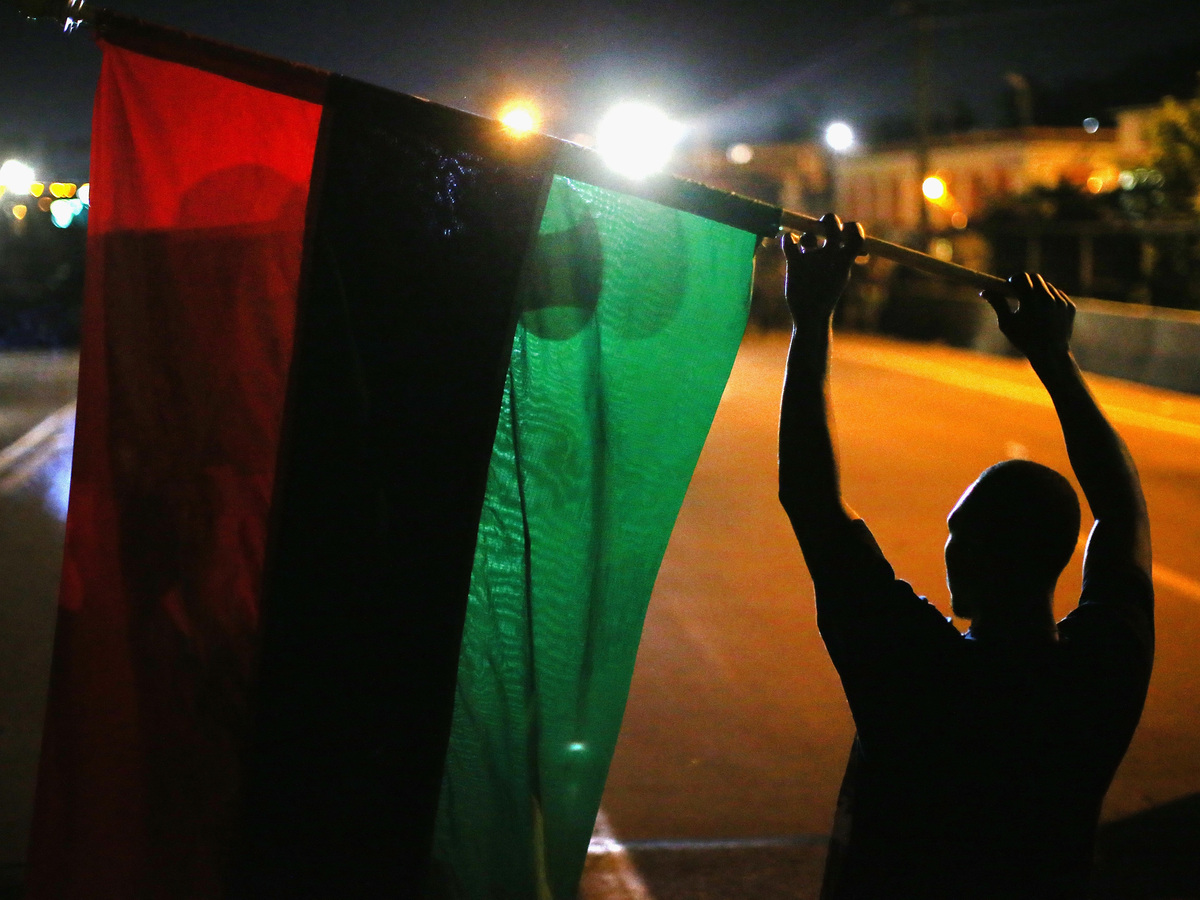 Demonstrators hold up a Pan-African flag to protest the killing of teenager Michael Brown on Aug. 12, 2014 in Ferguson, Mo.

Editor's Note: This piece contains language that some may find offensive.

It's Flag Day! On this week's podcast, we explore the ways that communities of color in the United States relate to the Stars and Stripes.

And we thought it worth a few moments to celebrate a flag created nearly a century ago for black Americans.

The Pan-African flag, (also called the Marcus Garvey, UNIA, Afro-American or Black Liberation flag,) was designed to represent people of the African Diaspora, and, as one scholar put it, to symbolize "black freedom, simple." 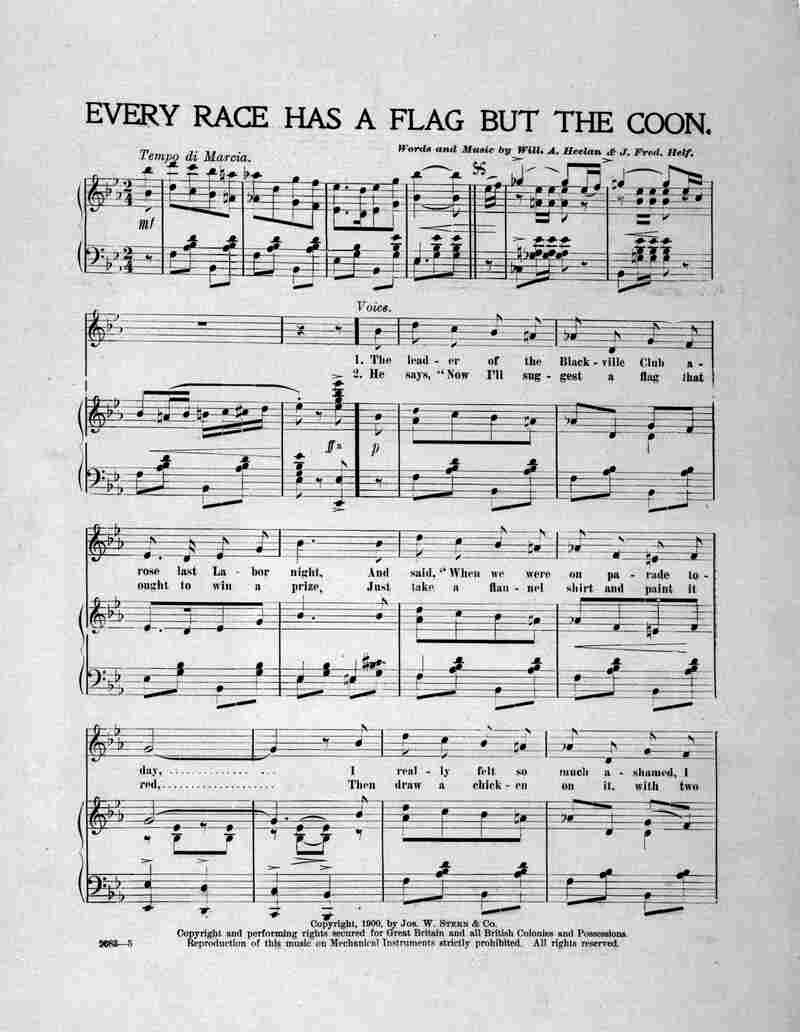 Sheet music for "Every Race Has a Flag But the Coon," published in 1900. Library of Congress hide caption 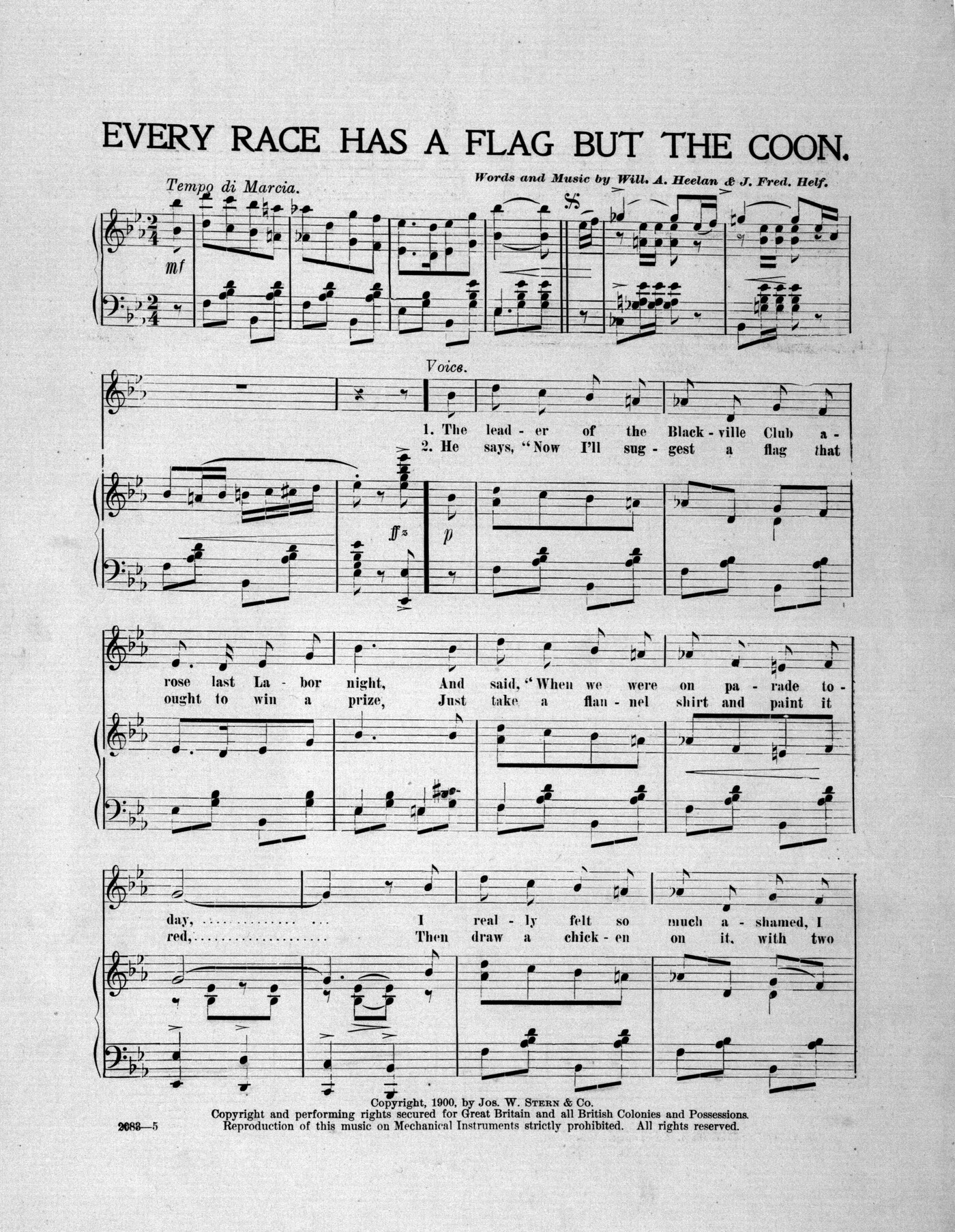 Sheet music for "Every Race Has a Flag But the Coon," published in 1900.

The banner, with its horizontal red, black and green stripes, was adopted by the Universal Negro Improvement Association (UNIA) at a conference in New York City in 1920. For several years leading up to that point, Marcus Garvey, the UNIA's leader, talked about the need for a black liberation flag. Robert Hill, a historian and Marcus Garvey scholar, says that Garvey thought of a flag as necessary symbol of political maturity.

At that time, the goal of Garvey's movement was to establish a political home for black people in Africa. Hill says that Garvey patterned his thinking on other nationalist movements at that time — the Jewish Zionist movement, the aftermath of the Russian Revolution, the fight against imperialism in China. And it was the Irish struggle for independence that Hill says "unofficially gave Garvey a lot of the political vocabulary of his movement."

The Pan-African flag's colors each had symbolic meaning. Red stood for blood — both the blood shed by Africans who died in their fight for liberation, and the shared blood of the African people. Black represented, well, black people. And green was a symbol of growth and the natural fertility of Africa.

Garvey and the UNIA framed the need for a flag in a political context, Hill explains. "Everybody immediately seeing that flag would recognize that this is a manifestation of black aspirations, black resistance to oppression."

Some years earlier, white minstrel singers were expressing the importance of flags as a matter of racial pride: In 1900, Will A. Heelan and J. Fred Helf composed a popular song called "Every Race Has a Flag But the Coon."

"Bonny Scotland loves a thistle,
Turkey has her crescent moon,
and what won't Yankees do for the old red, white and blue?
Every race has a flag but the coon."

The lyrics suggest that at the time, four decades after emancipation, many white people still didn't consider black people full citizens of the United States — or any country, for that matter.

The creation of a flag, then, was a step for black people around the world to claim an identity in their own right. Michael Hanchard, a professor of Africana Studies at the University of Pennsylvania, says that flags are important because they symbolize the union of governance, people and territory.

For black people, the flag means "that they have some way of identifying themselves in the world. And... to also project to those people who are not members of this particular national community that they too belong, that they have membership in a world of communities, a world of nations."

Encore: "You're A Grand Old Flag"

Robert Hill says that the Pan-African flag went on to become the template for flags all over Africa as they gained independence. Ghana, Libya, Malawi, Kenya and many other African countries adopted the red, black and green — often with the addition of gold, which sometimes symbolizes mineral wealth.

These days, Pan-African flags fly on some black owned businesses, or in neighborhoods in cities like Philadelphia, where Marcus Garvey had a big historical influence. They also come out when black people need a symbol of unity that stands outside the notion of Americanness.

In 2014, after Michael Brown was shot and killed by a white police officer, protesters wielded the Pan-African flag as they marched through the streets of Ferguson.

Hanchard says it makes sense that the flag would be used during a collective crisis:

"So obviously in a moment of clear tragedy and senseless violence ... the need for common cause, becomes a battle cry of sorts.".