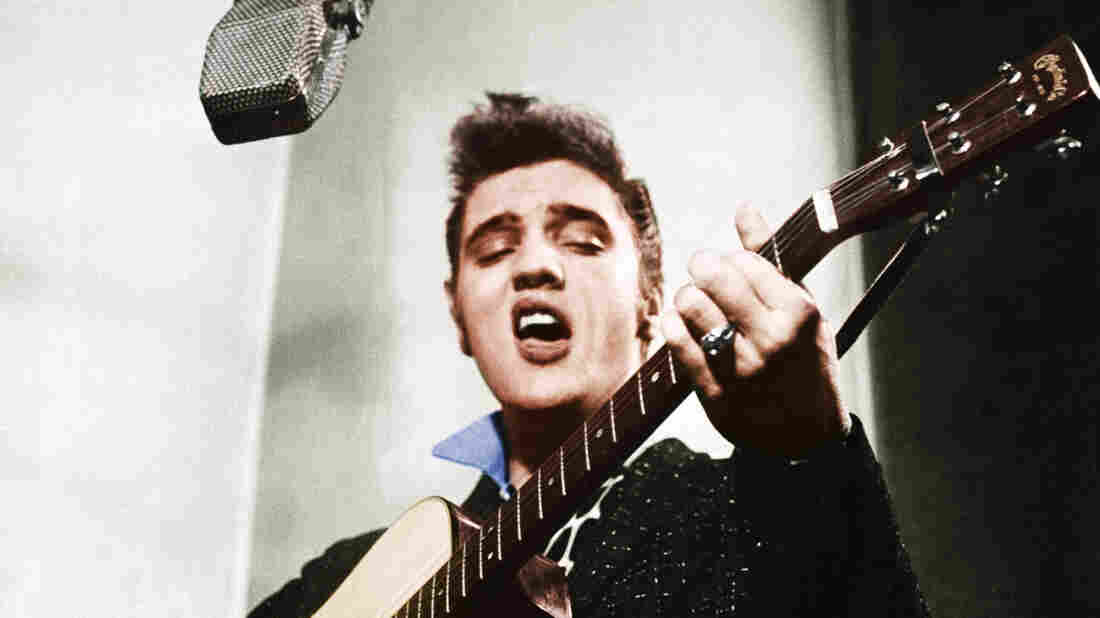 Elvis Presley, in the studio in 1956 — Presley's success was undoubtedly driven by the material he appropriated from black musicians. Bettmann Archive/Getty Images hide caption 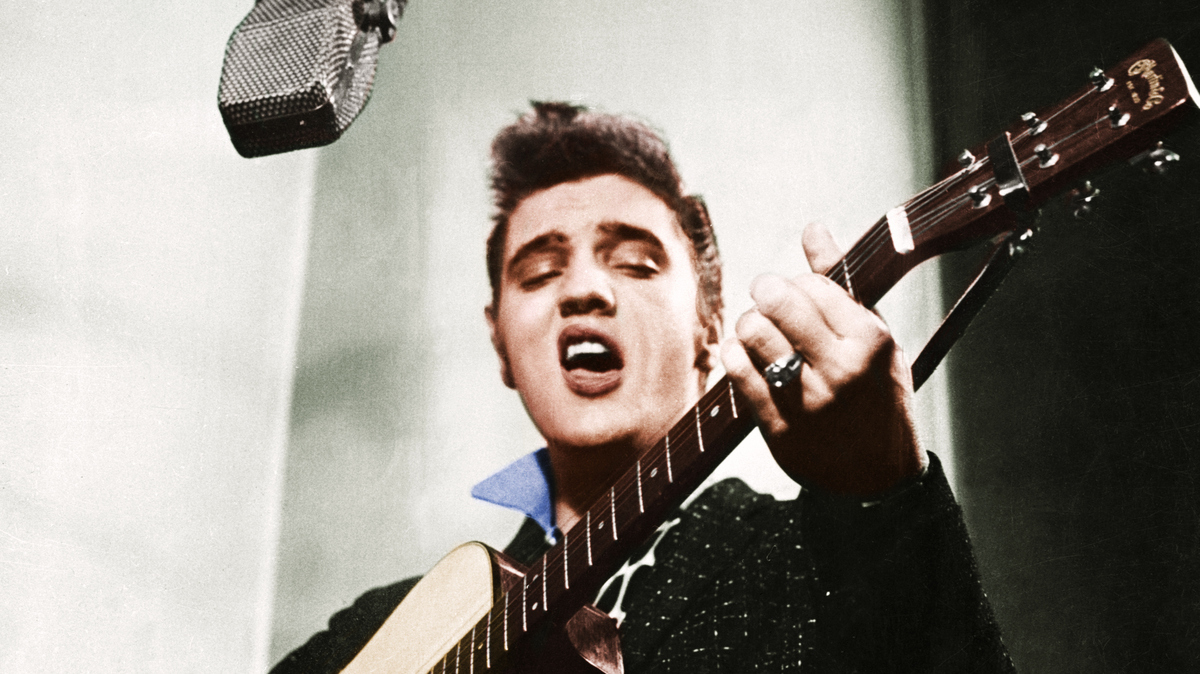 Elvis Presley, in the studio in 1956 — Presley's success was undoubtedly driven by the material he appropriated from black musicians.

Last week, the New York Times published an op-ed titled "In Defense of Cultural Appropriation" in which writer Kenan Malik attempted to extol the virtues of artistic appropriation and chastise those who would stand in the way of necessary "cultural engagement." (No link, because you have Google and I'd rather not give that piece more traffic than it deserves.) What would have happened, he argues, had Elvis Presley not been able to swipe the sounds of black musicians?

Malik is not the first person to defend cultural appropriation. He joins a long list that, most recently, has included prominent members of the Canadian literary community and author Lionel Shriver.

But the truth is that cultural appropriation is indefensible. Those who defend it either don't understand what it is, misrepresent it to muddy the conversation, or ignore its complexity — discarding any nuances and making it easy to dismiss both appropriation and those who object to it.

Writing inclusive fiction might involve appropriation if it's done badly, but that's not a given.

At the start of the most recent debate, Canadian author Hal Niedzviecki called on the readers of Write magazine to "Write what you don't know ... Relentlessly explore the lives of people who aren't like you. ... Win the Appropriation Prize." Amid the outcry over this editorial, there were those who wondered why this statement would be objectionable. Shouldn't authors "write the Other?" Shouldn't there be more representative fiction?

Yes, of course. The issue here is that Niedzviecki conflated cultural appropriation and the practice of writing characters with very different identities from yourself — and they're not the same thing. Writing inclusive fiction might involve appropriation if it's done badly, but that's not a given.

Cultural appropriation can feel hard to get a handle on, because boiling it down to a two-sentence dictionary definition does no one any favors. Writer Maisha Z. Johnson offers an excellent starting point by describing it not only as the act of an individual, but an individual working within a "power dynamic in which members of a dominant culture take elements from a culture of people who have been systematically oppressed by that dominant group."

That's why appropriation and exchange are two different things, Johnson says — there's no power imbalance involved in an exchange. And when artists appropriate, they can profit from what they take, while the oppressed group gets nothing.

Don't Call It 'The New Ramen': Why Pho Is Central To Vietnamese Identity

I teach classes and seminars alongside author and editor Nisi Shawl on Writing the Other, and the foundation of our work is that authors should create characters from many different races, cultures, class backgrounds, physical abilities, and genders, even if — especially if — these don't match their own. We are not alone in this. You won't find many people advising authors to only create characters similar to themselves. You will find many who say: Don't write characters from minority or marginalized identities if you are not going to put in the hard work to do it well and avoid cultural appropriation and other harmful outcomes. These are different messages. But writers often see or hear the latter and imagine that it means the former. And editorials like Niedzviecki's don't help the matter.

Complicating things even further, those who tend to see appropriation as exchange are often the ones who profit from it.

Even Malik's example involving rock and roll isn't as simple as Elvis "stealing" from black artists. Before he even came along, systematic oppression and segregation in America meant black musicians didn't have access to the same opportunities for mainstream exposure, income, or success as white ones. Elvis and other rock and roll musicians were undoubtedly influenced by black innovators, but over time the genre came to be regarded as a cultural product created, perfected by, and only accessible to whites.

This is the "messy interaction" Malik breezes over in dismissing the idea of appropriation as theft: A repeating pattern that's recognizable across many different cultural spheres, from fashion and the arts to literature and food.

And this pattern is why cultures and people who've suffered the most from appropriation sometimes insist on their traditions being treated like intellectual property — it can seem like the only way to protect themselves and to force members of dominant or oppressive cultures to consider the impact of their actions.

What complicates the situation is that those who tend to see appropriation as exchange are often the ones who profit from it.

This has lead to accusations of gatekeeping by Malik and others: Who has the right to decide what is appropriation and what isn't? What does true cultural exchange look like? There's no one easy answer to either question.

But there are some helpful guidelines: The Australian Council for the Arts developed a set of protocols for working with Indigenous artists that lays out how to approach Aboriginal culture as a respectful guest, who to contact for guidance and permission, and how to proceed with your art if that permission is not granted. Some of these protocols are specific to Australia, but the key to all of them is finding ways for creativity to flourish while also reducing harm.

All of this lies at the root of why cultural appropriation is indefensible. It is, without question, harmful. It is not inherent to writing representational and inclusive fiction, it is not a process of equal and mutually beneficial exchange, and it is not a way for one culture to honor another. Cultural appropriation does damage, and it should be something writers and other artists work hard to avoid, not compete with each other to achieve.

For those who are willing to do that hard work, there are resources out there. When I lecture about this, I ask writers to consider whether they are acting as Invaders, Tourists, or Guests, according to the excellent framework Nisi Shawl lays out in her essay on appropriation. And then I point them towards all the articles and blog posts I've collected over time on the subject of cultural appropriation, to give them as full a background in understanding, identifying, and avoiding it as I possibly can.

Because I believe that, instead of giving people excuses for why appropriation can't be avoided (it can), or allowing them to think it's no big deal (it is), it's more important to help them become better artists whose creations contribute to cultural understanding and growth that benefits us all.

K. Tempest Bradford is a speculative fiction author, media critic, teacher, and podcaster. She teaches and lectures about writing inclusive fiction online and in person via WritingTheOther.com.