Accessibility links
What's Next For The Founder Of The Slants, And The Fight Over Racial Slurs : Code Switch A Supreme Court ruling has re-ignited the debate over the use of racially offensive trademark registrations. Simon Tam says he's pleased by the victory, but he can see both sides. 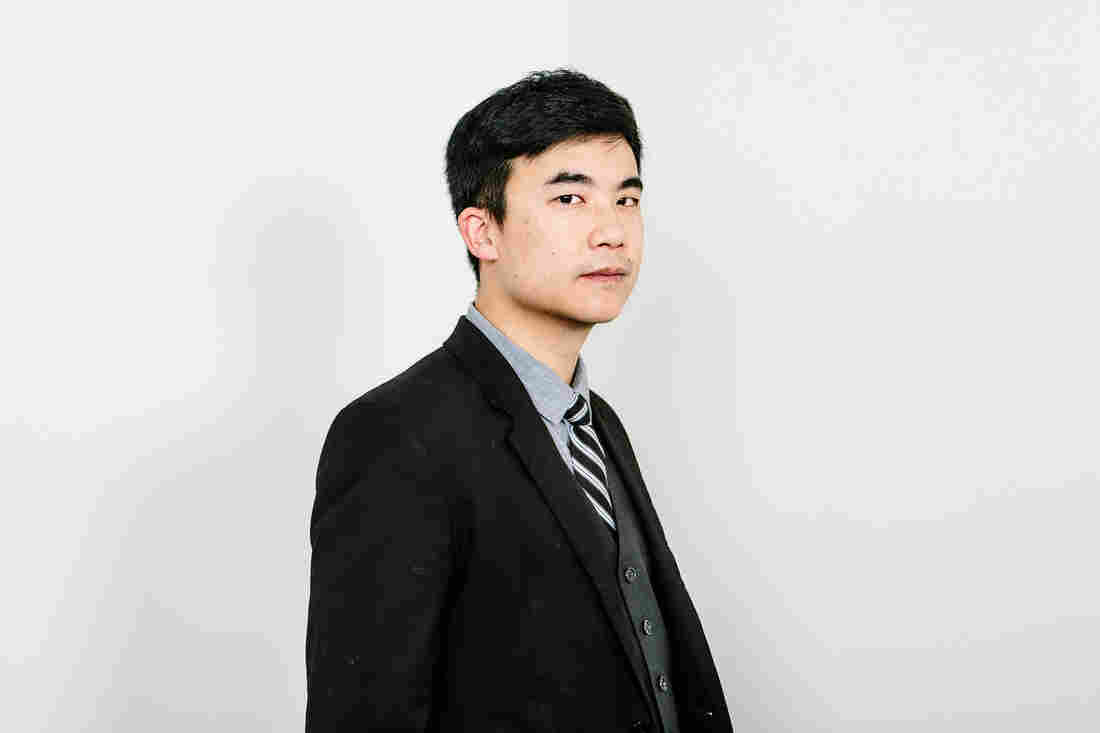 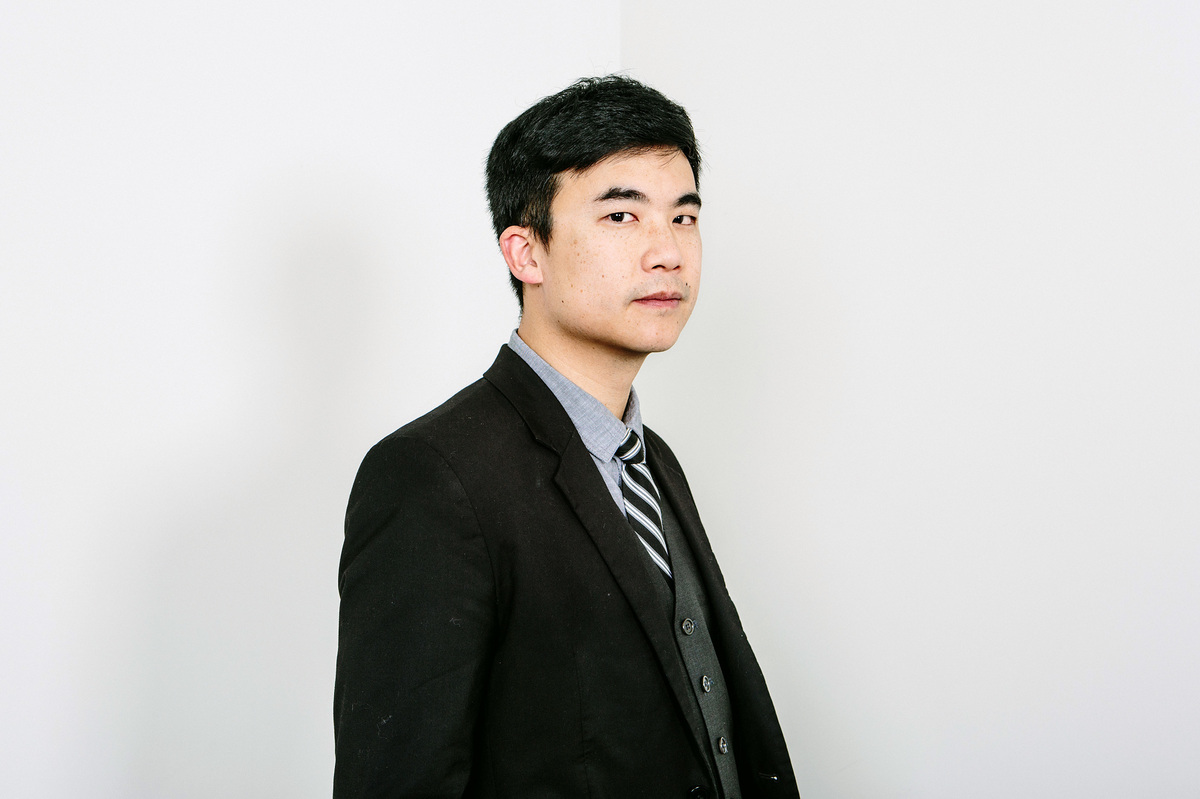 The Slants' frontman, Simon Tam, filed the original lawsuit after the U.S. Patent and Trademark Office kept the band from registering its name.

On a Monday morning in June, Simon Tam woke up at his home in Portland, Ore., to 753 notifications blowing up his phone.

"At that point, I knew something had happened," Tam said. The Supreme Court had finally resolved his nearly eight year fight with the U.S. Patent and Trademark Office over the name of his band, The Slants.

The justices ruled, unanimously to strike the section of a federal trademark law that prohibited the use of disparaging and offensive terms. The trademark office had cited part of a 71-year-old trademark law, Section 2A of the Lanham Act, when it prohibited Tam from registering The Slants, a slur against Asians, as the name of the band.

The Court's ruling agreed with Tam and the other band members that the law had infringed on their free speech. But in the process, The Slants case had opened up a whole can of worms involving other offensive or racist terms, most notably the debate over the Washington Redskins. The team's owner, Dan Snyder, said in a statement that he was "thrilled" with the decision.

And sure enough, the football team has since won its own trademark fight. A group of Native American activists led by Amanda Blackhorse, along with the Department of Justice, gave up their longstanding court efforts to ban the team from using that name.

Which was something Simon Tam and his band mates never anticipated when they formed their Asian-American rock group more than a decade before.

[After this episode aired, Simon Tam responded in an open letter, writing:

"To start, I want to be expressly clear: we don't have different values. We both care deeply about the most marginalized members of our society, we want to address systemic and institutional challenges faced by people of color, and we want to be intentional and equitable about the process. Where we differ is on our respective theories of change, direct experiences with challenges in this system, and understandings of how the law has worked (and hasn't). I'm hoping that through thoughtful engagement, we can address some of the latter so that we can be better partners in advancing justice."

Read the full text of his letter here.]

Tam says that when he was coming up with a name, he turned to friends for suggestions. "I would say things like, 'What's a common stereotype? What do you think all Asians have in common?' And the first response that I got was, 'Oh, slanted eyes.' "

Tam said he thought "The Slants" sounded like a New Wave band. He also liked the dual purpose of reclaiming a slur, and referring to their "slant" on life.

Their long legal struggle officially began in 2010. Tam had learned that some of the band's fans had incorrectly bought tickets for another rock group called The Slants, so Tam applied for a trademark registration. The trademark office rejected the application. The logic? Because the band had Asian-American members, its name was disparaging, thus violating Section 2A of the Lanham Act.

Tam has long had to reconcile his battle over The Slants with that of the Washington football team. And that connection has made him a divisive figure within civil rights legal organizations. While he garnered support from many different organizations — including the CATO Institute, the American Civil Liberties Union and the Asian American Legal Defense And Education Fund — other groups, including the National Asian Pacific American Bar Association and Asian Americans Advancing Justice, were split.

As for Tam himself, on the day of the huge ruling he found himself in his back yard in Portland, mowing the lawn. He says it was the first moment he'd had to himself all day, and he found himself crying as the impact of the decision settled in.

He couldn't stop thinking about "the people who were vehemently opposed to our case. And I thought in many ways they're right. And then I thought about the people who struggled against the law. ... I thought, we're right, too."

He says he wishes there were more room in the law for nuance. But when decisions like this are put in the hands of officials without any cultural competency, he adds, "ultimately at the end of the day we'll end up losing again and again."

Still, Tam says he's hoping to use his band's social media platform to support Native Americans in their fight.

"I definitely feel empathy and sorrow that they're feeling pain," Tam says. "Some of them might feel very setback in their particular fights and struggles as well."

In a joint statement after the Supreme Court ruling, two prominent Native American groups, Change The Mascot and the National Congress of American Indians, sought to make the best of it. They announced that, while they were displeased with the decision, they were "gratified that this Supreme Court case amplified the intensifying public debate over the NFL's support for bigotry against Native Americans."

The groups added that their fight with the Washington football team was "an issue we have always believed will not be solved in a courtroom."

"What's right is not always a legal question," says Ray Halbritter, Representative of the Oneida Indian Nation and the founder of Change the Mascot. "What is right here, is to not be using an offensive or racial slur."

AAJC, which was initially somewhat neutral, has now taken a more hard-line stance against The Slants.

AAJC. "The bottom line is... that this case allows organizations or individuals to profit from using a racial slur or disparaging term."