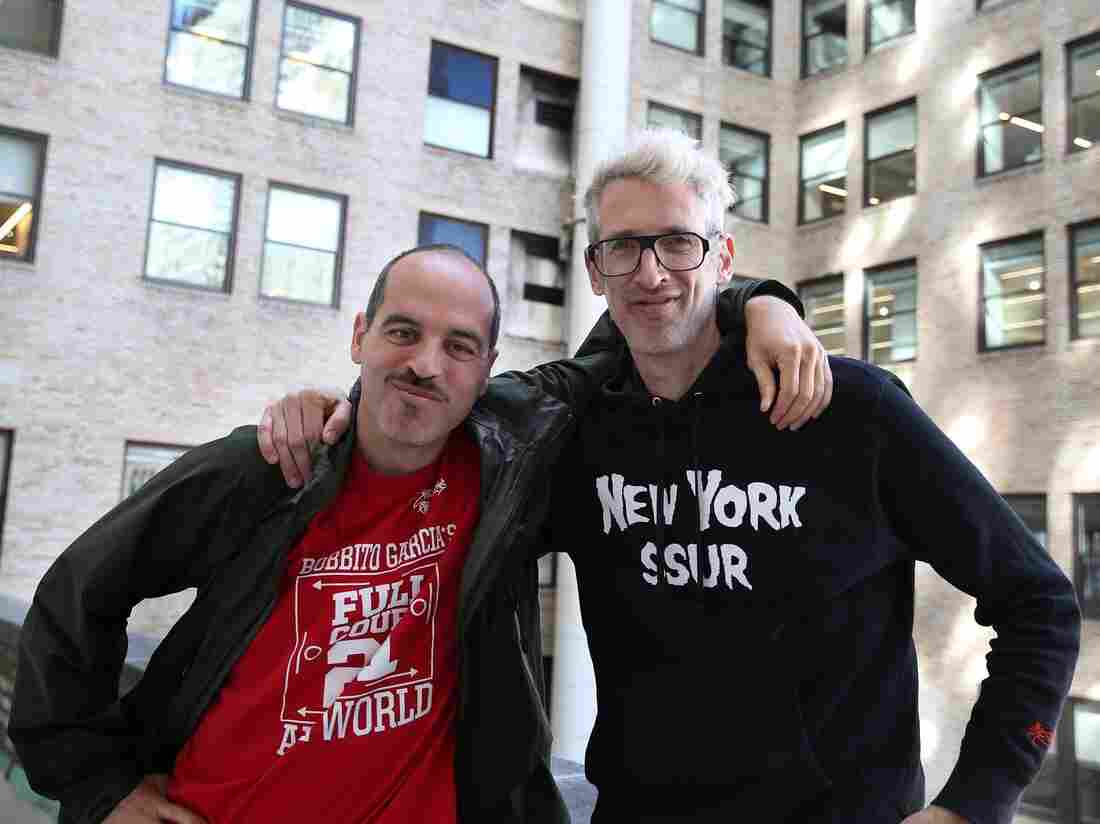 Hip Hop deejays Stretch Armstrong (right) aka Adrian Bartos and Bobbito (left) aka Robert Garcia became legends on The Stretch Armstrong Show during the 1990s. Back then, they were hip hop tastemakers on college station WKCR in New York City. Now they're back together hosting "What's Good? With Stretch and Bobbito," an NPR podcast. Nickolai Hammar/NPR/. hide caption 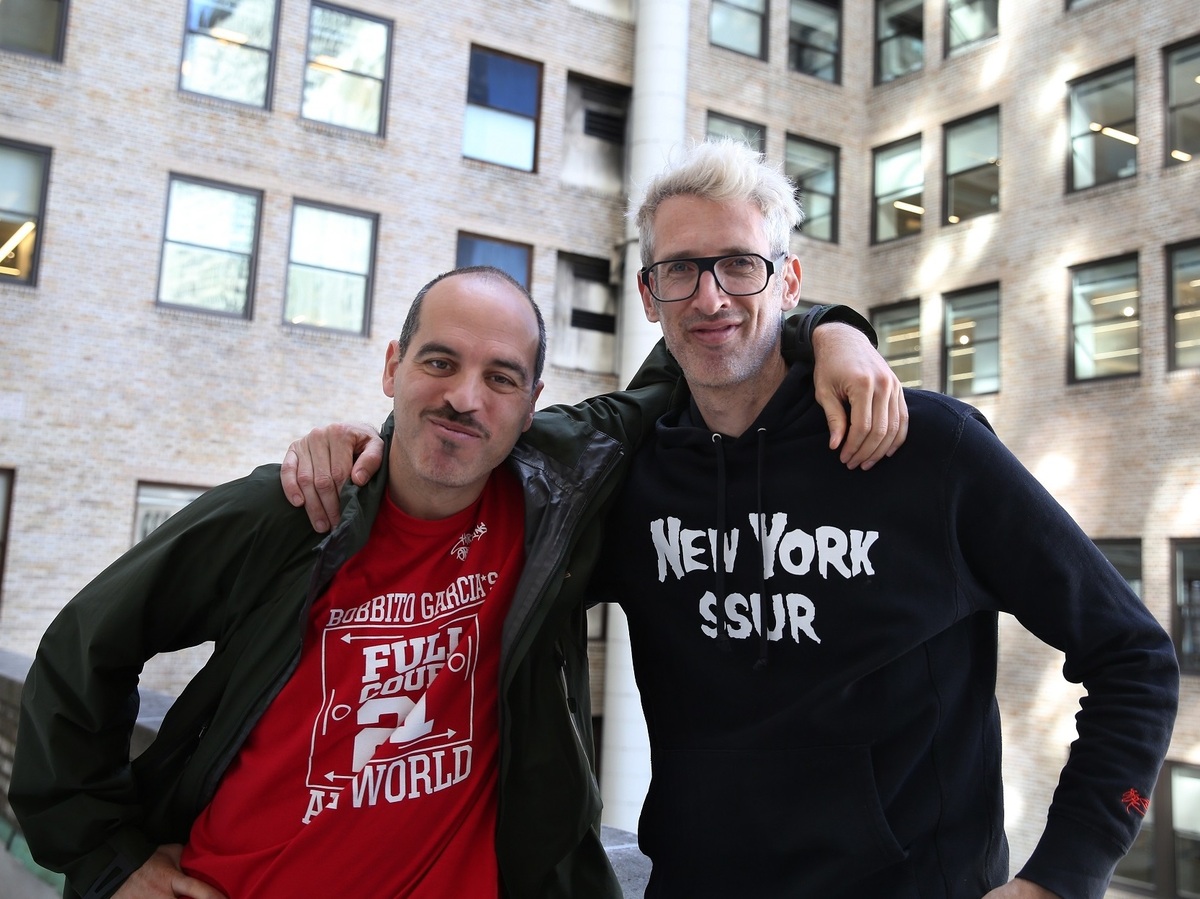 Hip Hop deejays Stretch Armstrong (right) aka Adrian Bartos and Bobbito (left) aka Robert Garcia became legends on The Stretch Armstrong Show during the 1990s. Back then, they were hip hop tastemakers on college station WKCR in New York City. Now they're back together hosting "What's Good? With Stretch and Bobbito," an NPR podcast.

For most of the 1990s, Adrian "Stretch" Bartos and Robert "Bobbito" Garcia hosted a famous weekly hip-hop radio show on Columbia University's campus radio station, WKCR. Their no-frills, four-hour show was broadcast during the wee hours of the morning — 1 a.m. to 5 a.m. on Friday mornings — on a low-strength signal that listeners had to be deliberate about searching out. But the time slot afforded them the space to play uncensored versions of hip-hop tracks and to interview unheard-of, unsigned musical guests — including many artists who would eventually become some of the biggest names in hip-hop history like Notorious B.I.G., Eminem, Nas and JAY-Z.

Now, after 19 years off the air they've reunited for a new NPR podcast called What's Good With Stretch and Bobbito. They dropped by the Code Switch podcast to talk about their new show, which is markedly different than the one that put them on the map: less a hip-hop show than a podcast about cultural influencers in art, music and politics. They've already interviewed big names like Dave Chapelle and Stevie Wonder, as well as lesser-known figures like the activist Linda Sarsour, who helped organize the Women's March on the National Mall in January. What's Good will be less raucous — or less Rawkus, amirite?!?!?! — than their uncensored WKCR show, but they promise it will be infused with the same easygoing vibe.

The pair told Gene and Shereen that despite their hard-won cachet as cultural tastemakers, the pair were worried in the early days about how they might be received as curators of a musical genre strongly identified with black people. (Stretch is white; Bobbito is Puerto Rican.)

"I think we both felt a part of the culture – we just didn't know if we had a right to represent it publicly," Bobbito said. "As a white person... and as a fair-skinned boricua... I think we had trepidation about where we stood."

Stretch echoed his longtime partner. "As hip-hop started getting a little more political in the mid to late '80s that started to resonate with me," Stretch said. "Obviously, in a way, I felt like an outsider. And then, as I got older, I became more aware of the fact that I actually am an outsider in terms of what hip-hop is about. But that didn't deter me. I think that actually made me even more into it, because I was aware that here was a music that really was about something."

And that music has since become the idiom through which people around the world — particularly people from marginalized groups — used to speak back to the powerful.

"You can go to New Zealand and the indigenous people there use hip hop as a platform because it's a tool that one can use easily," said Bobbito. "But ultimately... people are expressing themselves and there has not always been a platform for that."