Accessibility links
What's In A (Hispanic-Sounding) Surname? We Gave Our Advice. Here's Yours : Code Switch Last week, Ask Code Switch heard from a woman who was considering trading her white-sounding last name for her boyfriend's Latino one. Here's a roundup of the best advice we got from our readers. 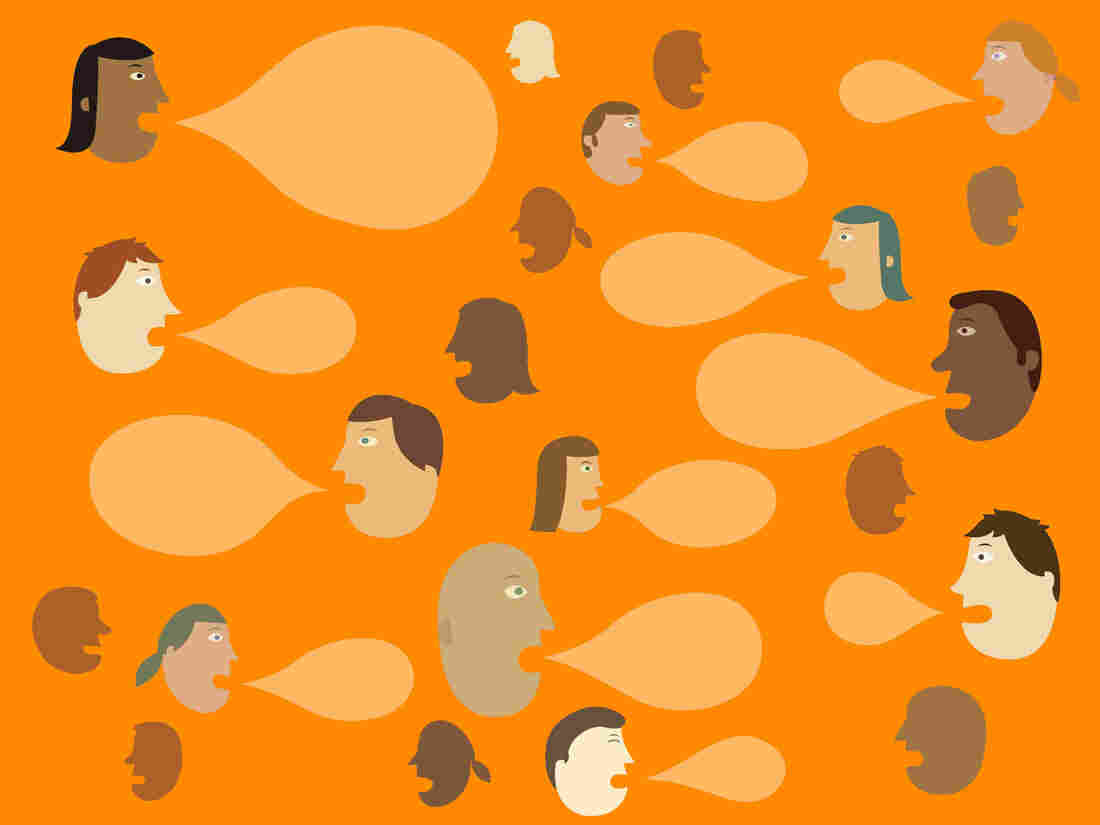 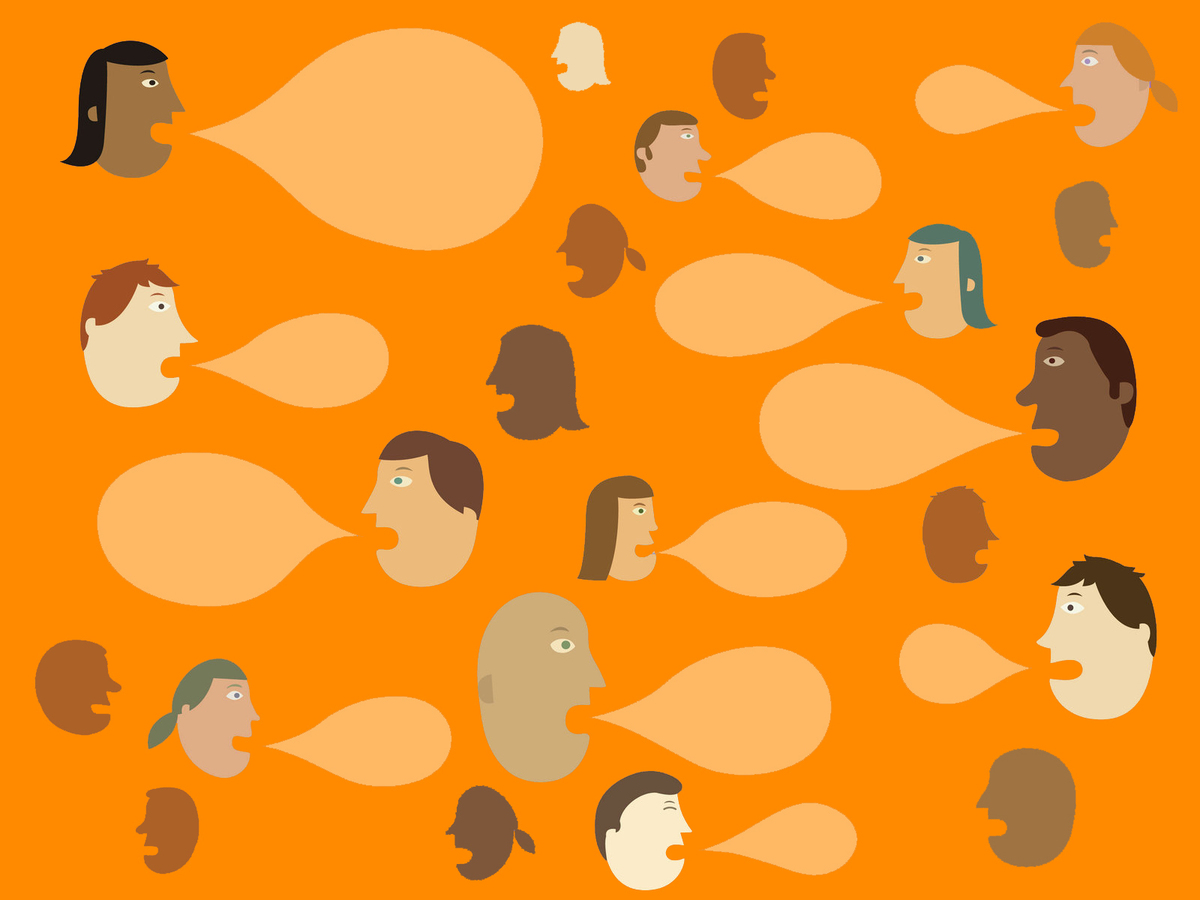 Remember Katie? She is the woman from Delaware who is thinking about getting married, but her boyfriend doesn't want her to take his last name. "He was strongly against it," she wrote. "He doesn't want an obviously Latino surname (think: Lopez or Garcia) to affect me negatively."

Well, Katie's question, and our answer last week, drew a lot of responses. We heard from people all over the country who've been in similar situations. Some agreed with us, some didn't. And while no one had a perfect solution, they all gave us a lot to think about. Here are excerpts from some of the best responses:

Charla Grenz Solheim, 41, from Portland, Ore., has been in an interracial relationship for 15 years. She says that at the end of the day, it's up to Katie to ask herself some hard questions:

Is it worth causing issues or stress for her partner? Probably not. Would it be instructive to her as a social experiment, and does she feel capable to handle whatever issues may arise because of her decision to change her name? Does her partner really NOT want her to change her name, or does he simply want to educate her on the risks involved?

With This Ring, I Thee Take ... Your Hispanic-Sounding Surname?

My general stance is: What's the real thing you're discussing? Does he just worry in general about disadvantaging you? Are you just trying to simplify your name/life or do you really feel strongly about taking his last name as a show of solidarity or tradition or whatever? In my experience, getting to the root of the thing is more efficient than the surface-level arguments about them.

Daniel Ignacio Headley, 41, is from Albuquerque, N.M., and was born in Mexico. He started out life as Ignacio Perches but agreed to have his name changed at age 5, when his Mexican mother married a white American:

I had no idea then that this would confuse people for the rest of my life.

Now, I am a 41-year-old Latino, 100 percent Mexican origin (whatever that means), naturalized U.S. citizen, native Spanish speaker, married to a blond-haired woman with blue eyes, and we share my English last name. My wife would tell you that she has experienced some awkward, and even painful, situations since marrying me. People often think that, since she has an English last name and she is clearly a white person, she is a safe person to complain with about the presence of Latinos in our country. She is not. We are passionate about the plight of the foreigners among us, including Latinos, and we aren't afraid to lovingly, yet firmly, educate people on the subject. So, in some ways, having an English last name has resulted in my wife hearing more ugly comments, not less.

As for how a Latino person with an English name is perceived, I can say that is often weird, too. I can't tell you how many times I've had to explain why my last name is Headley, because at first glance, it is clear that I am not English. As a result, white people and Hispanic people are confused about where I come from. Am I one of them, or not? Am I safe? Am I on their side? This is the problem and why we are having this discussion.

One of our suggestions for Katie was that her partner consider taking her last name: "Then, you would both share a name, and next time he is sending out his résumé, he might get a taste of that white privilege himself."

Not so fast, says Catherine Rock, 26, of Dallas. She warns that Katie and her boyfriend should think twice before taking that route:

My husband and I decided to take my last name, rather than his, and in Texas at least, it's a much more drawn-out and expensive process to change the man's name. I could have just danced in and out of the courthouse with the marriage license, but my husband has had to file a legal petition, get his fingerprints run and set a court date to go before a judge to get permission to change his. All totaled, we're out about 300 bucks more than we would be if it was my name changing, and we're in the third month of the process. It's frustrating, and more than a bit draconian. I am confident it wouldn't be such an issue if more couples made this choice. So the gender inequality continues.

Loren Hadzimuratovic, 32, in Washington, D.C., says she was nine months into a marriage where she took her husband's "very 'foreign' name." The experience has been an eye-opener:

Quick background: I am a white woman from North Carolina. My husband, on the other hand, is a Muslim refugee who came here as a teenager fleeing a civil war. He is also tall, blond, with blue-green eyes. His first name is an Arabic name, but easily passes, both in pronunciation and writing, as a name in America that no one thinks twice about. The only place in which my husband does not "pass" is his very long, difficult to pronounce, Islamic last name, which is now my last name as well.

What I noticed in the conversation with Katie was a lot of the discussion rotating around her possibly losing privilege or not getting what it would be like to have a name that people judge. From my own perspective, the loss of privilege hasn't happened (as much as I can tell), but that has been entirely at my husband's expense: People we interact with work incredibly hard to ensure that I keep my privilege as "a real American" by commenting on the sacrifice I've made to take such a weird name.

For example: Every single hotel or airport we walk into has included someone looking at our names quickly looking at me to ask if this is my married name and then saying, "Wow, you must really love him to take THAT name."

On my own, people really want to know if this is my "real" name or just my "married" name, and the look of comfort that comes when I answer that it's my married name is beyond disconcerting. They insist on comparing me versus him, upholding my status as "normal." It bothers them that we seem so "American," and yet that name clearly indicates that SOMETHING is amiss, and they truly will not stop until they understand who the foreigner is.

Changing my name opened up a new vulnerability for my husband, who has frankly worked so hard to pass and excel in a very white professional world. It's possible that Katie's partner doesn't want to open up yet another avenue of attack, made even more uncomfortable and deeply personal by it being linked to the woman he loves.

I'm not saying people shouldn't change their name. But I will readily admit that I saw a name change as only something that impacted me and never occurred to me that society's reaction would work so hard to point out that HE is the different one who caused this, whose foreign-ness I tolerate because of my love for him.

And let's give the last word to Cyndi Castle, 27, from Dallas. She is Mexican-American and recently married a white man. Cyndi understands Katie's dilemma — she grew up proud of her Mexican name, and it's a big part of her heritage. But she also sees things from the viewpoint of Katie's boyfriend:

When we first discussed marriage and got engaged, changing my name was a fairly out-of-the-question and difficult topic for me. I'm proud of my heritage. In many ways, my name is one of the only distinguishing factors of my heritage. [But] I knew changing my name was important to my husband, so I slowly considered hyphenating for him. Then election season began to gear up.

I changed my mind.

A portion of me did decide to change my name out of fear. It's a reality and one I struggle with daily. But another portion did it because I remembered those early years of life — feeling different and alone. I didn't want to do that to my future children. A portion of me did it because I remember when a group of people I thought were my friends told me I only got into the college I wanted and got a scholarship because I was Latinx. Not because I had straight A's, great test scores or was a National Merit Scholar. And these were supposed to be my friends. I couldn't expose my future children to that devastation and that form of racism which can, and very well seems to be, getting worse. I wanted to spare them the looks in job interviews. The comments, "You're not what we expected."

It still hurts me to say it. I feel like I'm mourning. I feel like I've lost a part of myself. That I'm going to have to work even harder to show my identity. That I'll just blend in. It's what I wanted, given the situation. But I don't enjoy it.

I'll give my children Latinx identities in other ways. I'll encourage them to be proud of their heritage and culture. To enjoy salsa dancing and the music that I grew up with. I'll make sure their grandparents teach them Spanish, and that they'll visit Mexico and see their roots. But they won't have my name.

Need your own racial advice? Email us at CodeSwitch@npr.org, or fill out this form.