Accessibility links
Starting School At The University That Enslaved Her Ancestors : Code Switch NPR's Mary Louise Kelly talked to Mélisande Short-Colomb, whose family was once enslaved by Georgetown University. Now, at 63, Short-Colomb has enrolled as a freshman there. 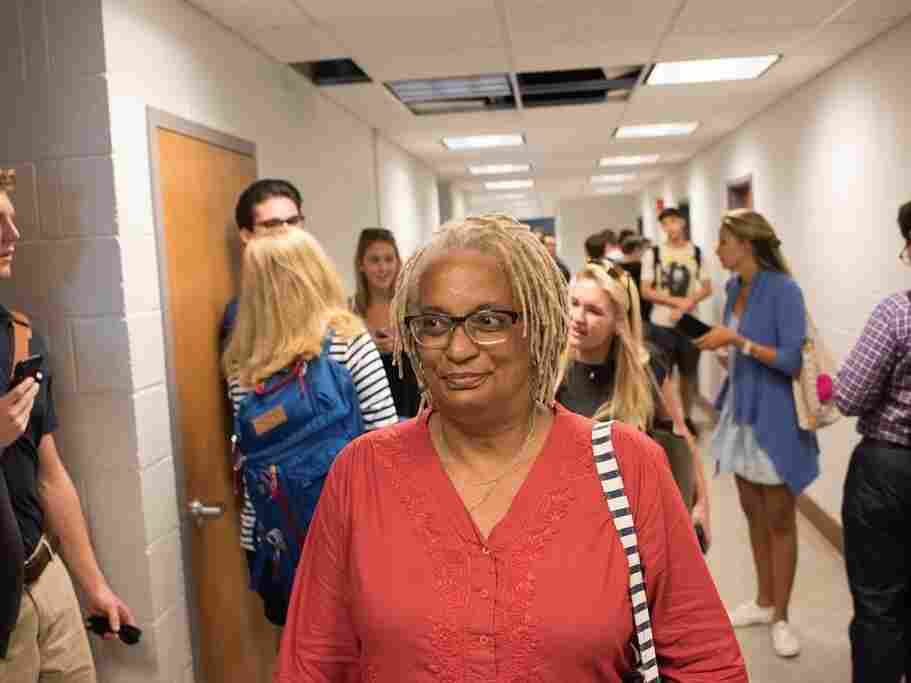 Melisande Short-Colomb, 63, is a descendant of slaves sold by the Jesuits to fund Georgetown University. She's enrolled as a freshman there and plans to major in African-American studies. Marvin Joseph/Getty Images hide caption 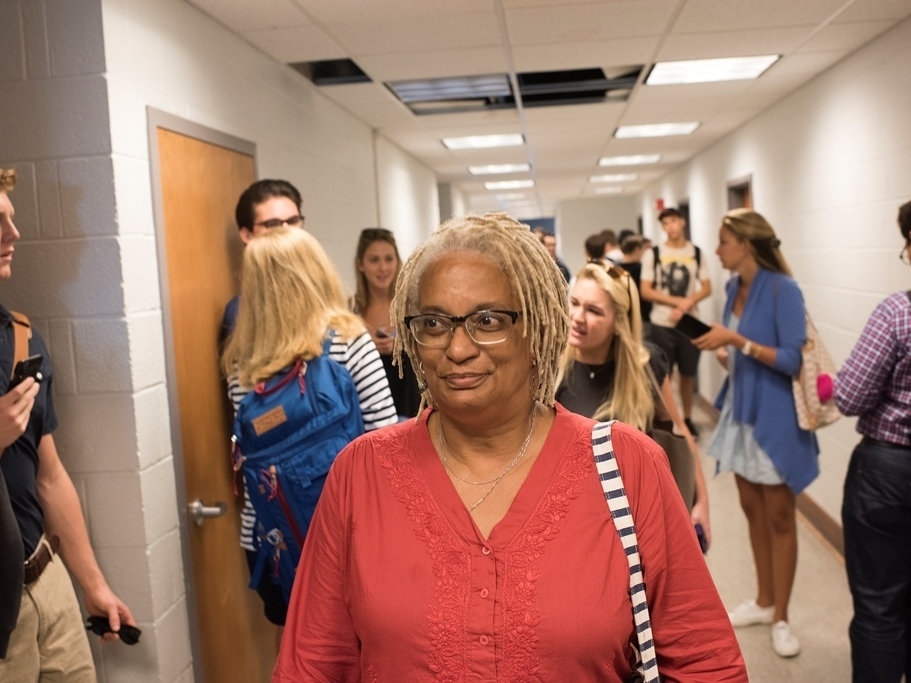 Melisande Short-Colomb, 63, is a descendant of slaves sold by the Jesuits to fund Georgetown University. She's enrolled as a freshman there and plans to major in African-American studies.

Mélisande Short-Colomb knew her family had been enslaved. But until recently, she didn't know that they were enslaved, and later sold, by Georgetown University.

'His Ideology Is White Supremacy': Ta-Nehisi Coates On Donald Trump

She found out about that part of her history when she got a message from a genealogist for the Georgetown Memory Project, which is dedicated to finding the descendents of the 272 people sold by the university in 1838.

That, Short-Colomb says, "was an 'Oh, my God!' moment." And it led to a big life decision: She filled out an application to Georgetown and got accepted. This fall, at age 63, she's enrolled as a freshman.

"The mountain doesn't come to you," she says. "You go to the mountain."

She's moved from her native Louisiana to the university's Washington, D.C., campus, where she plans to major in African-American studies.

Below are highlights from Short-Colomb's interview with Mary Louise Kelly, of NPR's Morning Edition:

On learning that her ancestors were enslaved by Georgetown:

I was sad, I was hurt, I was angry. Which is something that I am all of the time, for all of my life, as a black American child born in 1954. What is happening here should not be a surprise. This isn't an 'aha' moment. This is history. And this is a part of our American story that we don't talk about. It's the difficult conversation we refuse to have.

On how her enrollment at Georgetown affects its legacy of slavery:

I don't think my being there actually starts to set things right. That's really not what's happening here. And I don't think we should misunderstand that. I made an application and was accepted as a qualified individual to attend Georgetown University. I had to apply like everybody else. I have student loans. I have a scholarship. I have a Pell Grant. I have work study. I have all of those things that go into being a student, and being a somewhat disadvantaged student.

On telling her kids about her decision:

I have four adult children and two grandchildren. My baby is 32. My oldest daughter is 38. I used to tell them all the time when they were growing up, "When you are adults you're going to have to call one another to see where I am." I am not the hovering, helicopter, have-a-grandchild-so-I-can-have-something-to-do-with-my-life mom. I'm the mom who's gotta work until she dies. I stayed at home, I was a stay-at-home mom for 12 years. Then I went to culinary school. I worked for 22 years as a professional culinarian, from line cook to executive chef. That's work that, physically, I can't do any more. And I'm not a sit-at-a-desk sort of person. And that was not my skill set. So every time I have needed to magnify my own skill set, the logical thing to do was to go to school, and improve my skill set. So this is a typical thing for me to do.

On living on a campus that her ancestors helped build:

I feel good about it. And I feel like we, who are descendants on campus now — there are three of us on campus — I feel like we are the dreams of our ancestors realized. We are prayers that are answered. We are 180 years in the future, of people who were terrified. On some day in 1838, when their lives were dramatically changed. And it's taken that long for us to talk about it.