Accessibility links
Joe Ide: Creating A Complicated Hero From the Hood : Code Switch Joe Ide and his brothers hung out almost exclusively with the neighborhood kids in South Los Angeles. Years later, the city's old haunts and characters worked their way into his books. 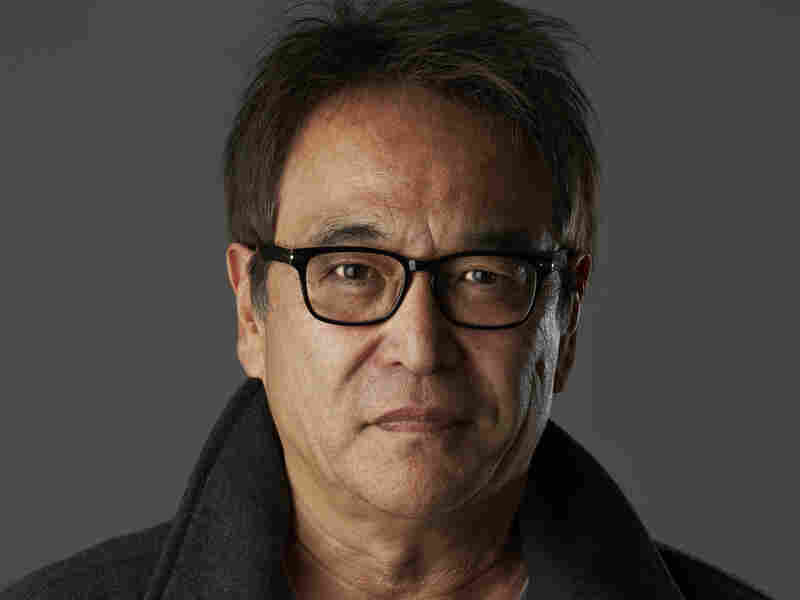 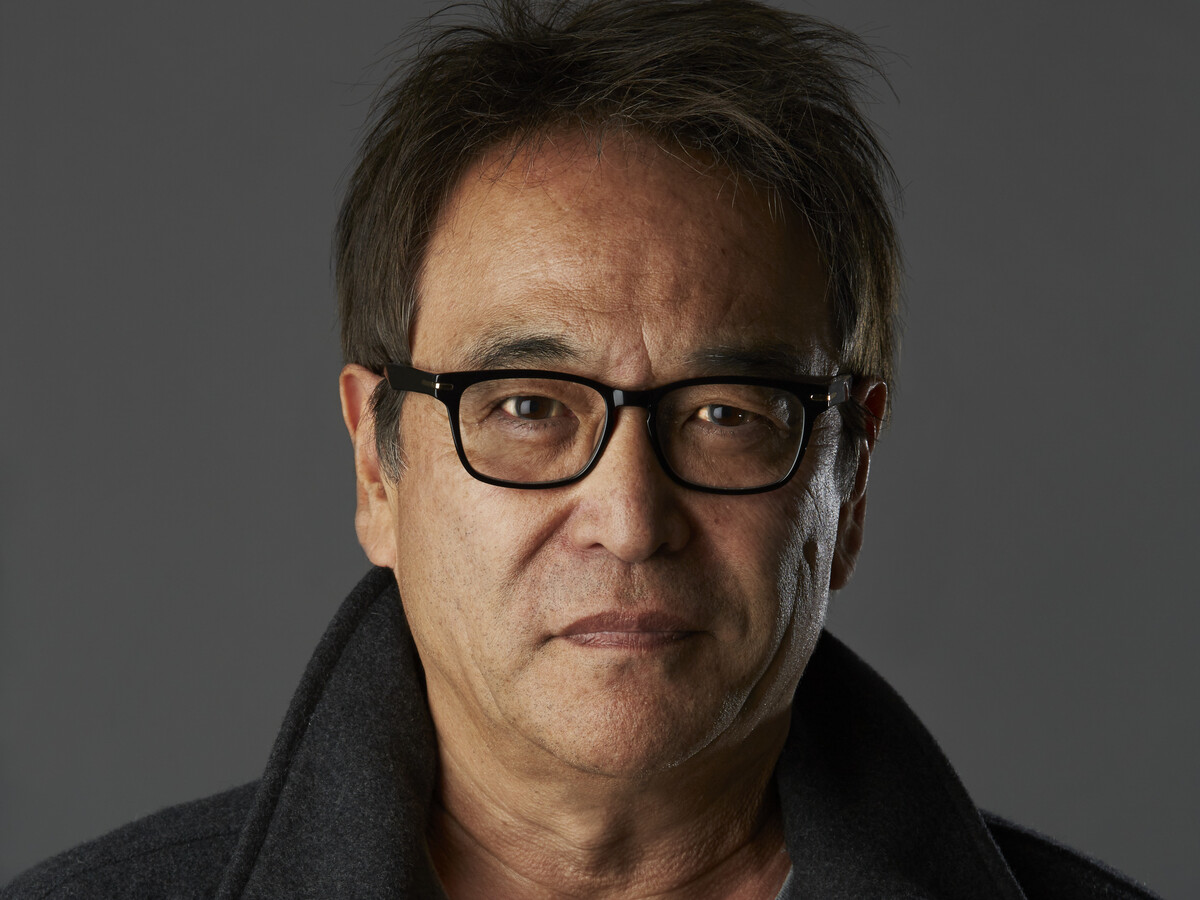 If you close your eyes and listen to Joe Ide, you might think you were talking to a black man, a brother who knows his way around the neighborhood. The slang, the inflection. It's all there.

But Joe Ide is 100% Japanese-American.

And he has a simple explanation for why he sounds the way he sounds:

"Most of our friends [growing up] were black," he says.

Ide (pronounced "EEE-day") grew up in South Los Angeles, with his extended family.

"My grandparents lived here because it was close to Little Tokyo," he explains. By that time, after World War II, other Japanese families had left for suburban cities like Torrance and Gardena. But not the Ides. They stayed on East Adams, a busy, noisy main artery that was home to a lot of working and barely-working families.

"They couldn't afford to move," Ide says. His parents lived there, and raised their three boys there, too.

"We were just scraping by, so it was three generations of us under one roof."

Eventually the Ides' poverty had a beneficial side, though: because Joe and his brothers hung out almost exclusively with the neighborhood kids, they talked like everybody else. And the old neighborhood's haunts and characters ended up leaching into Ide's books.

He published IQ last year, and followed with Righteous this fall. Both books feature Isaiah Quintabe ("queen-TAH-bay"), a smart, wary high school dropout who made a life for himself after his older brother, Marcus, was killed in a hit- and-run accident.

Except, Isaiah doubts Marcus' death was an accident, and has promised to find his brother's killer. In the interim, he earns a living—sort of—by solving cases for people in his East Long Beach neighborhood. (Demographic change means Ide's old 'hood in LA is now mostly Latino, but East Long Beach, he says, has the flavor of his childhood haunts.) 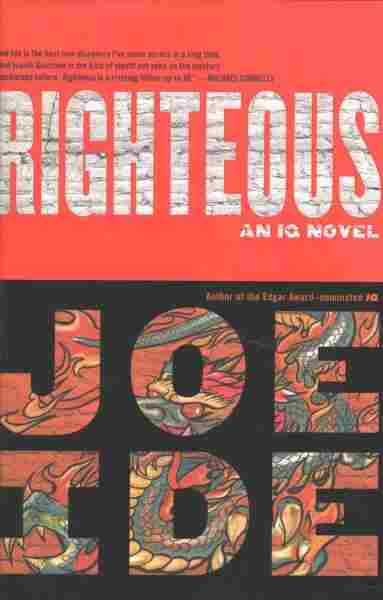 He manages to work in local landmarks and characters: a ratchet corner store, the house where his first girlfriend lived. There's a parking lot where the neighborhood working girl let the boys peek at her body parts, for a dollar a part. The corner store owner becomes the lethal chief of a Chinese triad. The curvy girl with attitude from around the way was inspired by his older brother's girlfriend, Sugar.

"I feel like everything I've done in my life has led to this," Ide says; "I couldn't have written my books any sooner."

Working his way to screenplays

Before he began writing, Ide had a bunch of jobs. Right after earning his master's degree in education, he thought he was destined to teach. But after a few weeks, "I discovered I didn't really like little kids—they were noisy and fussy and they kept asking me questions!"

So after a semester, he switched and became a lecturer at the same university that gave him his graduate degree. "Didn't like that either," he admits.

After that, he did a string of unfulfilling jobs, including being a business consultant and a manager of an apartment building that rented to mostly poor immigrants.

Somewhere along the line, he began writing screenplays. And luckily, he had a friend who was an agent. The agent was kind enough to critique Ide's work, and he listened and learned.

"I wrote exactly one dozen terrible screenplays," he says. The 13th time was the charm: "finally I wrote a good one, and it sold at Disney and I started to work."

Work was steady and it paid very good money, but after a while, he burned out. "I just couldn't look at a screenplay anymore." And he made the difficult decision to quit. "I was making a good living, and it's hard to just stop."

It wasn't just the money that was hard to let go of. "I moped around for a while, I was depressed. If I wasn't a screenwriter, who was I?" he remembers. "And finally I decided to write a book."

He doesn't even remember much about the process.

"What I recall is sitting at my desk in my pajamas, talking to my dog a lot, and dripping taco juice on my keyboard...," he says.

The end product was IQ, which introduced readers to Isaiah Quintabe. Like Walter Mosley's Easy Rawlins (Mosley is one of Ide's literary heroes), Isaiah Quintabe works for neighborhood people, helping them with problems they can't or won't bring to the police.

"He charges people what they can afford," Ides explains. "Which is usually something like a sweet potato pie, a live rooster..." (The latter is Alejandro, who becomes IQ's personal alarm clock.)

"The vernacular was my first language"

The work has earned Ide a range of fans: from fellow writers (he's been anointed by Michael Connelley, whose Harry Bosch is considered one of crime writing's greatest characters,) to critics (both in media and industry publications). Perhaps most importantly, he's got credibility with people who know what they're talking about, because they come from the kinds of neighborhoods Ide is writing about.

Eso Won Books in Los Angeles is one of the most revered black bookstores in the country. When Ide read there recently, a man complimented him on getting the language right—and wondered how he did it.

"The vernacular was my first language," Ide replied "I had to learn to talk like this!" There were lots of appreciative chuckles.

Joe Ide likes to say that as a young person "I was this murky, fringe kid. I wasn't black, I wasn't white, and I'm way far from being Japanese." (He regrets he never spent enough time with his now-deceased grandparents to absorb more Japanese culture.) "So I'm always on the edges, watching, listening, but not really in the mix."

All that watching and listening paid off: Ide is on his fourth Isaiah Quintabe novel, and the books have been optioned as a cable series. For which he will not, under any circumstances, write the screenplays. "Nope," he grins. "They found a great guy to do that. They can just send me the checks."