Accessibility links
Latinos Who Never Learn Spanish May Struggle With Identity : Code Switch Each year, a smaller proportion of Latinos in the United States speaks Spanish. But for many, the language is still a fundamental marker of their identity.

Can You Lose A Language You Never Knew?

Can You Lose A Language You Never Knew? 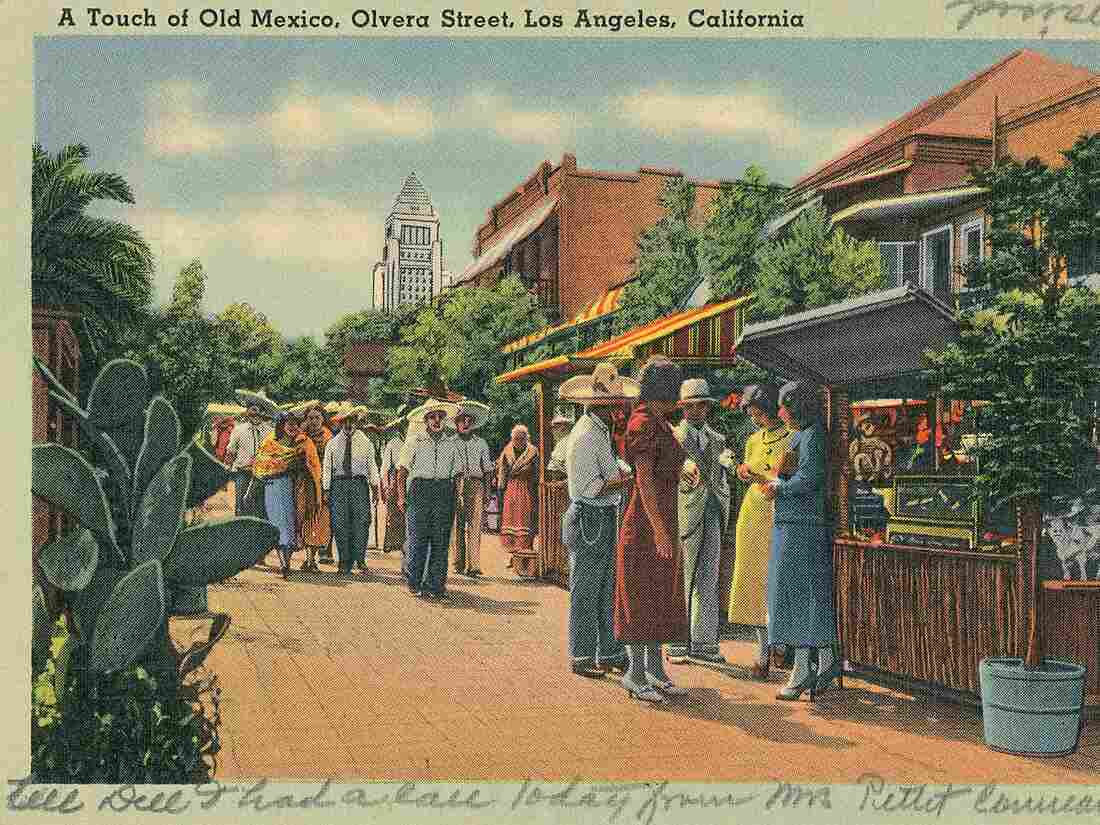 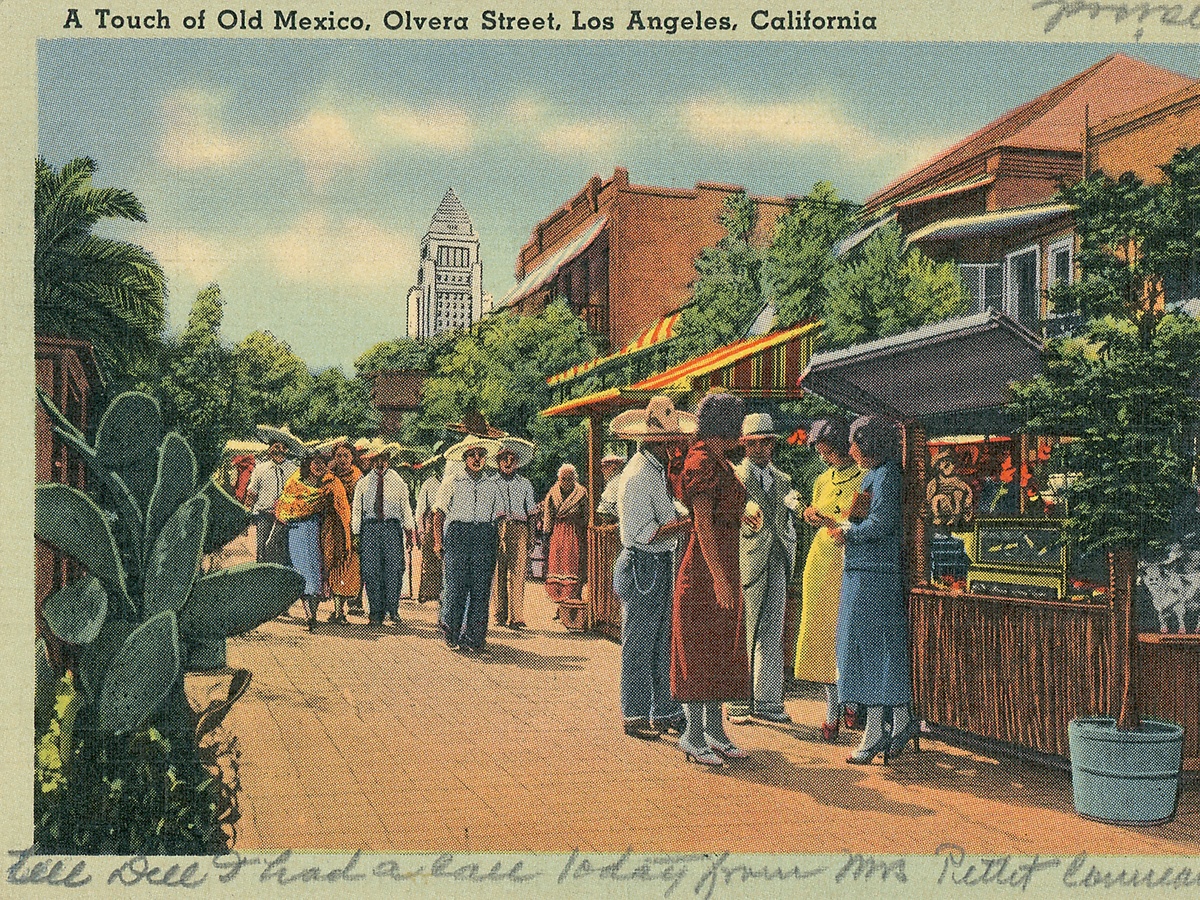 I grew up a monolingual Mexican-American by accident.

My father was often away for weeks at a time, driving 18-wheeler trucks importing and exporting goods throughout the Southwest. My mother worked an office job, and had to juggle her career, finishing her degree and raising two young children. With both parents working full time, this left my brother and me in a bit of a free-fall.

But when I was around four, help arrived. My aunt Nena moved from Mexico to the U.S. — the plan was for her to live with our family and take care of my brother and me while settling into life in Los Angeles.

At the time, it seemed like a wonderful idea. My aunt would help with childcare while teaching us Spanish. What no one anticipated was her own eagerness to learn English, essential for her transition to the U.S. And who better to learn from than two native English speakers?

This resulted, much to everyone's chagrin, in two stubbornly Anglophone children. I can't speak Spanish. It's a simple fact that fills me with shame.

What I didn't know at the time was that my situation reflects a question in the broader Latinx community: Just how important is knowing how to speak Spanish, anyway?

The answer, even among the Latinx community, is complicated. A Pew Research Center study from October of 2017, found that "while the number of Latinos who speak Spanish at home continues to increase due to the overall growth of the Latino population, the share of Latinos who speak the language has declined over the past decade."

In other words: While the population is growing, a smaller percentage of us are speaking the language. In 2006, 78 percent of Latinxs spoke Spanish at home. By 2015, that number had dropped to 73 percent.

I'm part of that decline. Living in a city with nearly 5 million Latinxs provided me with countless opportunities to engage my culture. I have fond childhood memories of outings to Olvera Street, weekly trips to the local panadería, and dance lessons in ballet folklórico.

I'm proud of my culture. But despite all this, I struggle with my Mexican identity.

Growing up, I was told that understanding the language of the home country was of the utmost importance. Sometimes this message was subtle: Spanish-speaking strangers who, after trying and failing to interact with me, would let out a pointed "¿No habla español?"

Other times, it was more explicit — the gentle (and not-so-gentle) teasing from family and friends for mixing up ser and estar; the uncomfortable silence that fell between my cousins and me, neither of us able to communicate during my family's trips to Mexico.

This disconnect between language and culture is all too common for Latinx Americans. According to Pew, 71 percent of self-identified Hispanic adults said that you don't need to speak Spanish to be considered Latinx. At the same time, nearly 90 percent say that it's important for future generations of Latinx Americans to speak Spanish.

Language is central to just about every cultural identity. And language, particularly for Hispanics, transcends national borders. We have a word for this: Latinidad. It's an understanding that Latin American communities are varied and complex, but connected by a shared language.

For me, this understanding played out on a personal level. In school, my friends were Mexican, Cuban, Puerto Rican and Salvadoran. We didn't necessarily share a common experience. But Spanish was supposed to be a way we could understand one another despite our different backgrounds.

This perceived understanding explains the warmth and affection I receive from Hispanic strangers I meet in public. It also accounts for their visible disappointment when I reveal the extent of my American assimilation. Growing up, it didn't matter to my friends or to strangers that I could make tamales or sing my heart out to Selena's Como La Flor (albeit with a bit of stumbling through the lyrics).

In the view of many of my Hispanic compatriots, I wasn't Mexican-American. I was just American.

Mark Hugo Lopez is the Director of Hispanic Research at Pew. He's the researcher who found that a declining proportion of Latinxs speak Spanish. Lopez says that when he talks to Latinxs about how they identify, language often becomes the focal point.

"A lot of Latinos will say it's important that future generations of Hispanics in the U.S. speak Spanish," Lopez says. But, he adds, "the proof is in the pudding. How many of them actually do? ... There's a lot of tension here about what people want and what actually happens."

That tension exists for good reason. Language is so important because it's "how we experience the world," says Amelia Tseng. She's a professor of linguistics at Georgetown University, a research associate at the Smithsonian Institution and a scholar in residence at American University, where she studies multilingualism and identity. "We live our lives in language."

Tseng says that's part of why so many people, consciously or not, think of American identity and speaking English as inextricably linked.

And it's probably why I have such complicated feelings about being a Mexican-American who can't speak Spanish.

This feeling, called "language insecurity" in the academic community, is especially common among second-generation Latinxs in the U.S., according to Tseng.

"They kind of feel like they can never win," she explains. "They're just very aware that any moment they could be told, 'You're not doing it right,' and there's sort of a challenge to that part of their identity."

Tseng says there are barriers to bilingualism that are often outside of our control: social pressure, stigmatization and discrimination.

Ultimately, Tseng adds, it's important for Latinxs to grapple with these sentiments openly. "It helps people understand themselves and where they come from better. And then they can also make more informed choices about what they want to do."

Some people may not want to learn Spanish. "That's OK," she says. "Let's celebrate all identities, and not just the ones we think are correct."

I'm not sure if I'll ever be comfortable with my relationship to Spanish. I mourn the loss of a language that I've been told all my life I have a some sort of claim over. But, can I lose something I never really had to begin with?

Whatever the answer may be, one thing is certain: I'll continue belting my heart out to Selena: "Yo sé perder, pero ay cómo me duele."

Kevin Garcia is an intern on NPR's RAD team. You can follow him @keangarc.