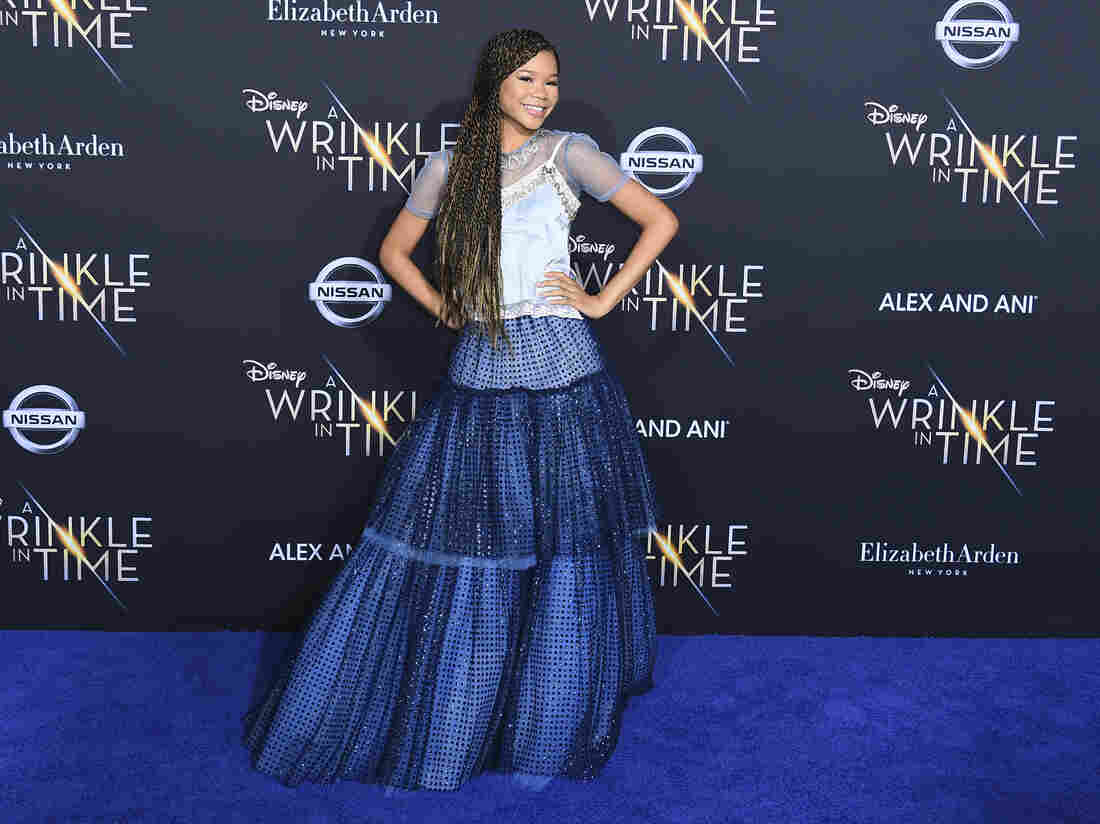 Storm Reid, who plays Meg Murray in the film, arrives at the world premiere of "A Wrinkle in Time" at the El Capitan Theatre on Monday, Feb. 26, 2018, in Los Angeles. Jordan Strauss/AP hide caption 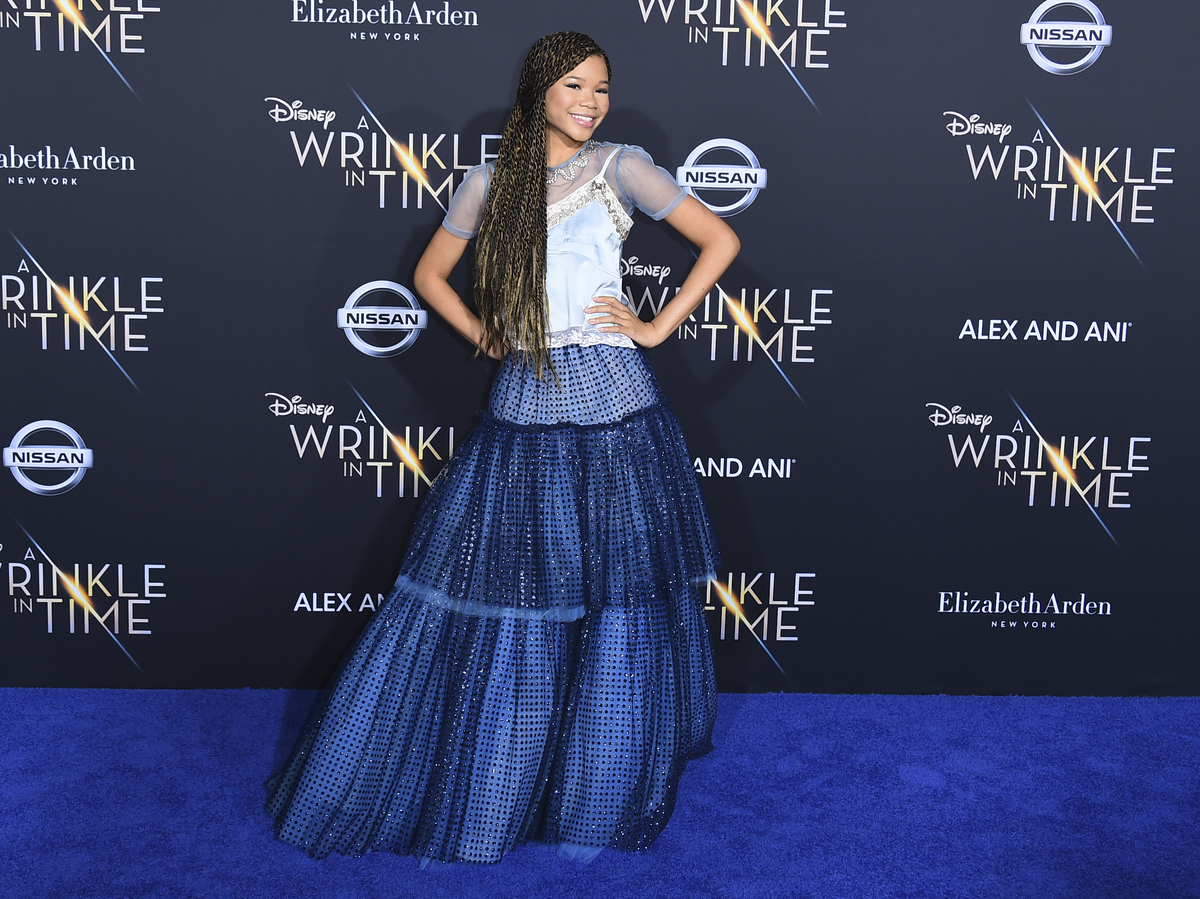 Storm Reid, who plays Meg Murray in the film, arrives at the world premiere of "A Wrinkle in Time" at the El Capitan Theatre on Monday, Feb. 26, 2018, in Los Angeles.

Meg Murray from A Wrinkle in Time and Wakandan princess Shuri from Black Panther are a far cry from the typical Disney heroine. In Meg and Shuri, we have two outspoken black girls. This, in itself is a dramatic change for the company: in the past, Disney has rarely celebrated black girls for being smart or self-assured.

Shuri invents the gadgets that her brother T'Challa (aka Black Panther) uses to save the people of Wakanda. Think about it: how would the Black Panther repel all the blows he's dealt without the outfit Shuri created?

Then there's Meg Murray. She's the empathetic, brilliant child of scientists. She is unwavering in her faith that her missing father will return to her one day, even though her strengths — and struggles — aren't appreciated by anyone outside of her family.

These characters, and their storylines, seem distinctly different from the female protagonists that preceded them in Disney movies. But for Disney, reimagining what it means to be a female hero is nothing new.

After decades of being accused of reinforcing racist and sexist stereotypes, Disney attempted to reframe the princess/girl-hero archetype with films like Pocahontas, Mulan and The Princess and the Frog. These films all featured young women of color. It's true that the girl heroes were strong, but their achievements often felt secondary to their romantic relationships.

Add to that, the way they were portrayed was often problematic: Viewers who were excited to see Disney's first black princess were dismayed when they realized that Tiana spent most of the movie as a frog. And for folks who know anything about colonial history, Pocahontas was a disappointment, too. The real life Pocahontas didn't fall in love with an English sailor — as a child, she was in fact forced to marry a white colonizer old enough to be her father.

Since then, Disney has made some progress in depicting strong, dynamic people of color. In 2016's Moana, the titular character's love for her people and her culture is the key to saving her island. And (though its protagonist wasn't a girl,) 2017's Coco was widely lauded for portraying Mexican culture in a thoughtful, beautiful way.

Which brings us to today's Disney heroines: Meg Murray and Shuri. They're compelling young women of color whose stories don't need to be bolstered by romantic love or sanitized history.

But what made Disney take such the leap to, once again, re-imagine its girl-hero?

UCLA professor and co-author of the annual Hollywood Diversity Report, Dr. Ana-Christina Ramón says the business conditions were right. While Disney might be aware of the social implications of the movies it makes, she says it's also aware of what's "going to improve the bottom line."

Can Marvel's New Superhero Bear The Weight Of Representation?

And when it came to racial diversity, Disney, the parent company of Marvel Films, took the hint from the success of its superhero movies. According to Ramón, "the comic book franchise [had] been established already, so [Disney could] slowly bring in diversity with secondary characters throughout these stories... [They introduced] Falcon, [an African-American character] played by Anthony Mackie — he's the sidekick to Captain America. So they introduced a little diversity, but they [didn't] make it the main plotline."

Ramón says there is still work to be done before girl-heroes of color who aren't black become the norm. That's because Hollywood executives still tend to think of diversity in black and white. "When they think about Asian and Latino audiences, they tend to think of immigrant audiences, or they're not what they consider mainstream," she says.

But Ramón says that the success of movies like Marvel's Black Panther and A Wrinkle in Time underscores what the research from the Hollywood Diversity Report has proved time and again: people – regardless of their race — want to see more racial diversity on the screen.