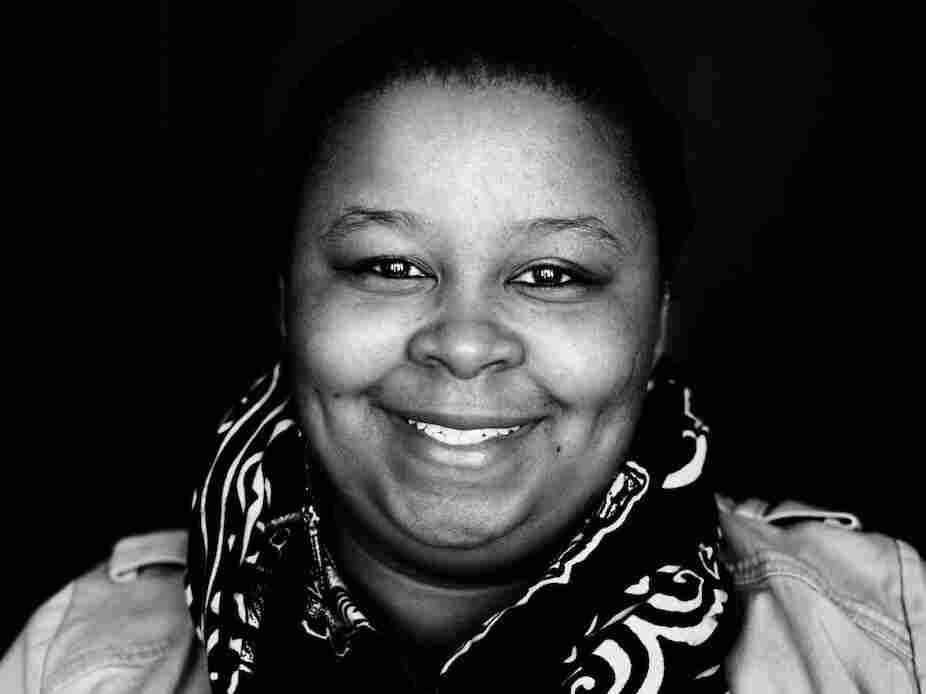 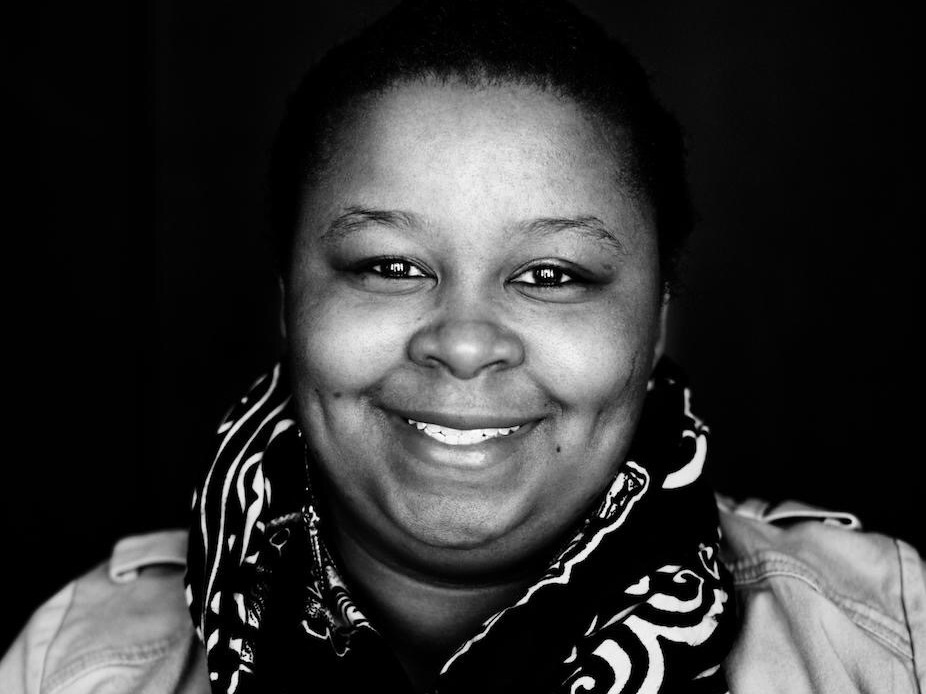 The annual TED conference wraps up Saturday. It kicked off in Vancouver this week with a collection of short talks from this year's TED Fellows — a group of "rising stars" from across disciplines and around the world. They talks have become must-see sessions for those in the know, as they feature people doing cutting edge work that hasn't yet broken out. One theme that quickly emerged from this year's crop of Fellows: fighting systemic racism in the United States.

Two TED Fellows, artist Paul Rucker and designer Antionette Carroll, offered very different approaches for how to identify and address problems that are, Rucker says, "woven into the fabric" of our history.

As a black woman, Carroll explained, she's experienced racial and gender oppression, experiences that have made her, "a stronger, more critical designer." And as a designer and social entrepreneur, she has an understanding of the process of designing, or "object making" – think web sites, clothes, and buildings. She realized that, "design was more than just a tangible, what you can touch, but the intangible, what you experience, what you see and what you feel."

Carroll points to the planned community of Levittown as an example of how an unequal system was intentionally designed and how that reflected and shaped policy and reality. She explained that when it was created, there was a rule that you had to be Caucasian to live in or purchase a home there. Today, she says, less than 1% of Levittown is black.

"Designers like myself have begun to realize that if different forms of oppression are by design, then they can be redesigned, creating a world that embraces the rights, dignity and power of all, but particularly communities facing systemic discrimination," she says. 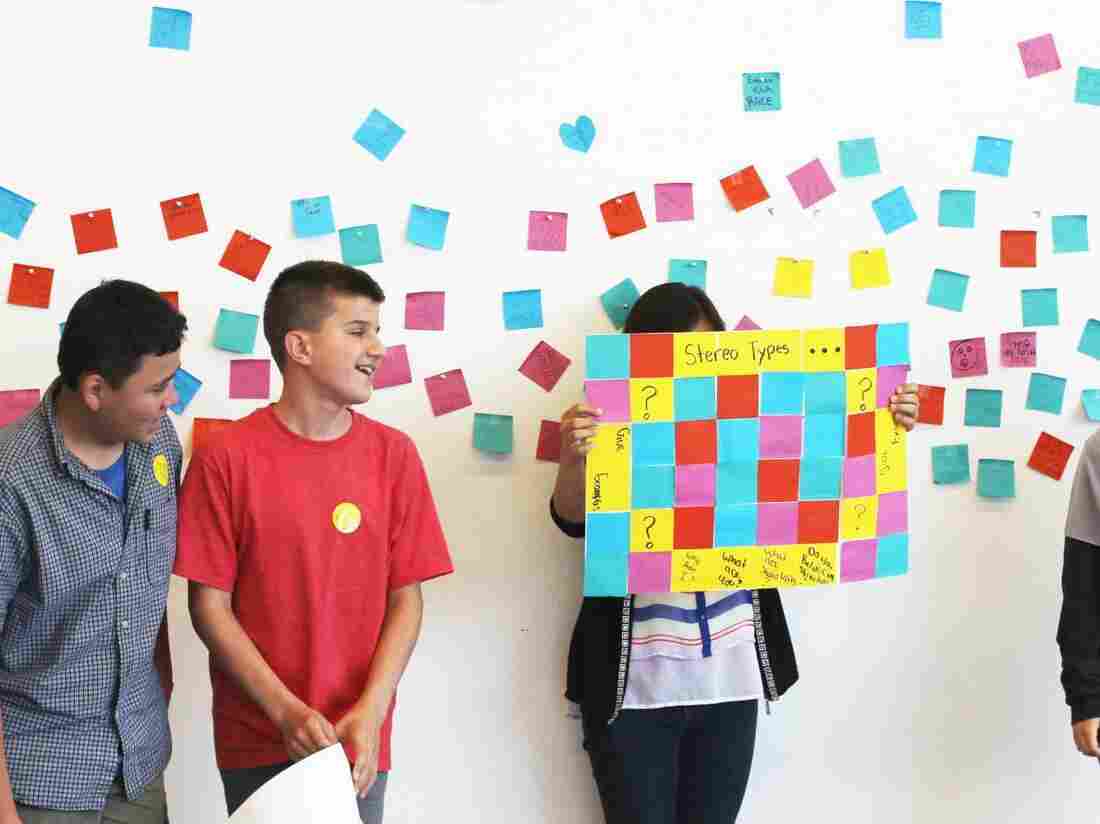 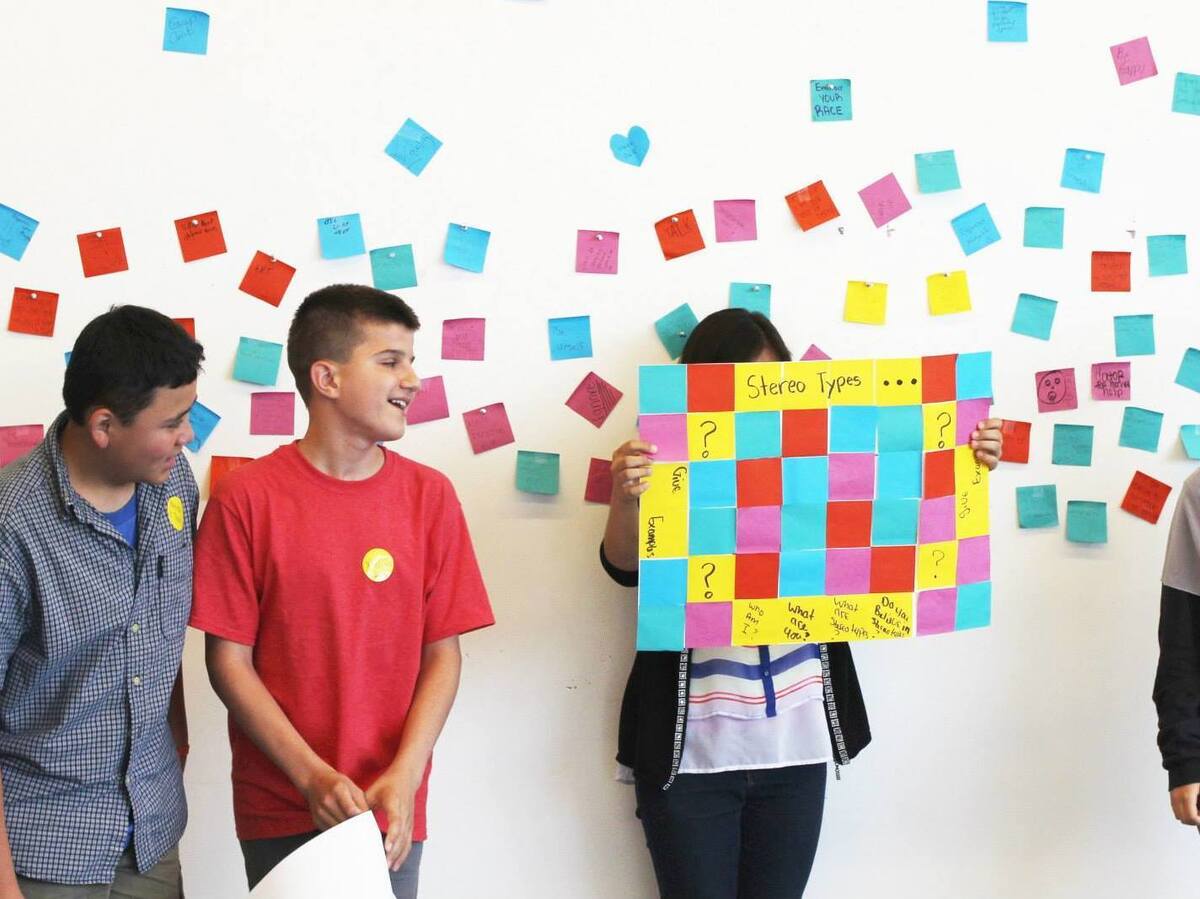 To achieve this, Carroll founded Creative Reaction Lab and set out to train up a new generation of leaders, what she calls "equity designers." Specifically, the organization works with black and Latinx youth, using design practice to work within their communities. They identify problems and implement solutions to build more equitable systems and communities.

NPR spoke with Carroll about her work.

What is design practice?

It depends on who you talk to. We use the definition of design as the intentional and unintentional impact behind an outcome. This is why we say that anyone has the capability to be a designer because everyone, technically, is designing. We're usually told you have to get a BFA or an MFA, and don't get me wrong, I came from a design background. I'm not taking that away, but when you look at the reality of the world, for example, medical professionals are designing life expectancy and outcomes for people.

What's an example of that?

In the educational system, the intention of standardized testing was trying to measure student success, but the fact that we define success by test-taking, by a certain form of learning, has unintentionally pushed certain students out of school and out of educational opportunities.

I give the example of my twin sons. They're nine right now. One is a visual learner — you give him a puzzle, anything visually stimulating, he'll get it. My other son can memorize anything and is more analytical. School is more tailored to his style of learning. He's more likely to be "successful."

So how does your program work?

It was founded in response to the unrest in Ferguson, Mo. I'm a former Ferguson resident — I moved out six months prior to the unrest. I was head of communications for Diversity Awareness Partnership, a diversity and inclusion organization. We did training in corporations and institutions, and we saw a top-down approach...but not really a space around action. This is a progression from that.

We started as a 24-hour challenge, a design hack. The first Creative Reaction Lab was Aug. 23-24, 2014 [two weeks after Michael Brown's death]. They ended up coming up with over 60 ideas, worked on five throughout the night, and all five were activated around St. Louis throughout the year. Some are still active to this day. 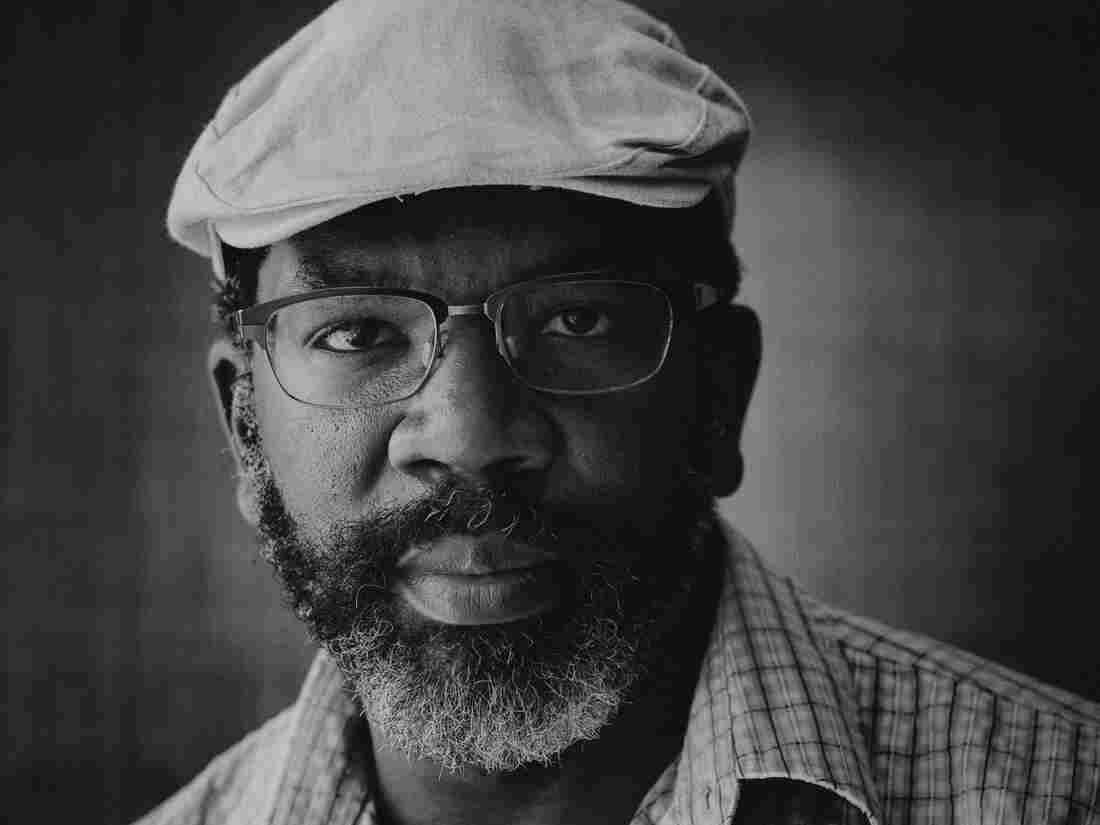 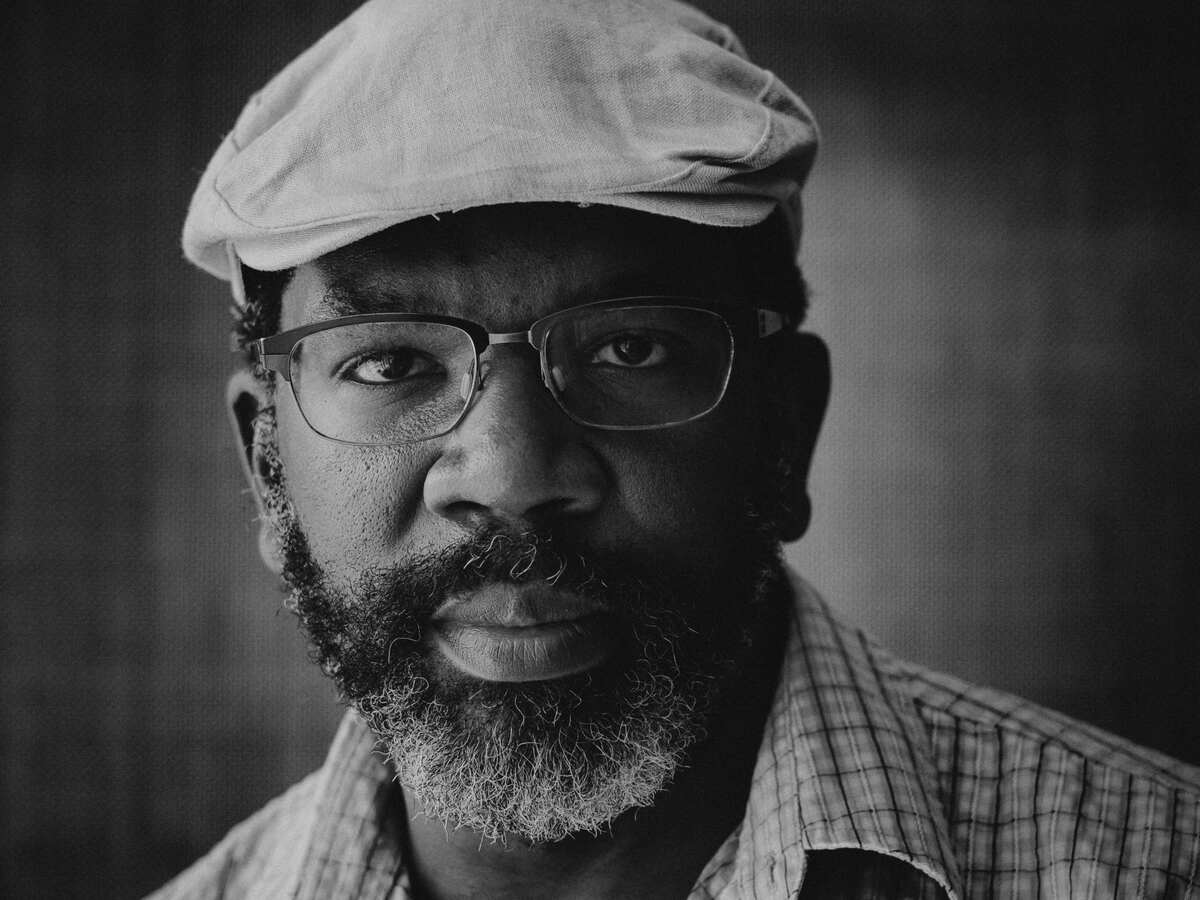 Multidisciplinary artist Paul Rucker took the stage for the second set of talks from this year's TED Fellows with a moment of performance. Trained as a bassist and self-taught as a cellist, he improvised new compositions on the spot and infused the moment with familiar phrases of Bach's Cello Suite No.1.

Later, Rucker returned to the stage to give his talk. Behind him stood three mannequins dressed in Ku Klux Klan robes the artist made: one in Kente cloth, one in camouflage, one in a fancy blue fabric. They're part of a piece that included more than 52 robes — he set out to make one a week for a year. 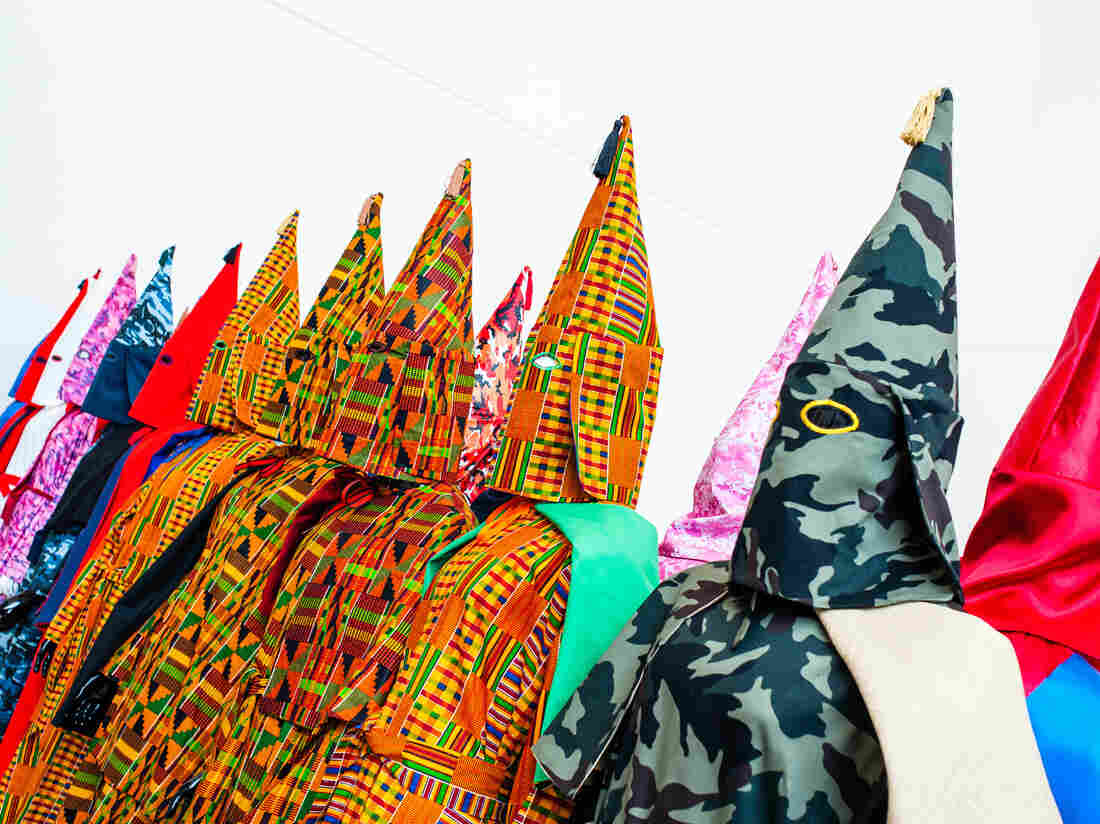 On display is the work of Paul Rucker, a 2018 TED Fellow working to fight for racial justice. Courtesy of Paul Rucker hide caption 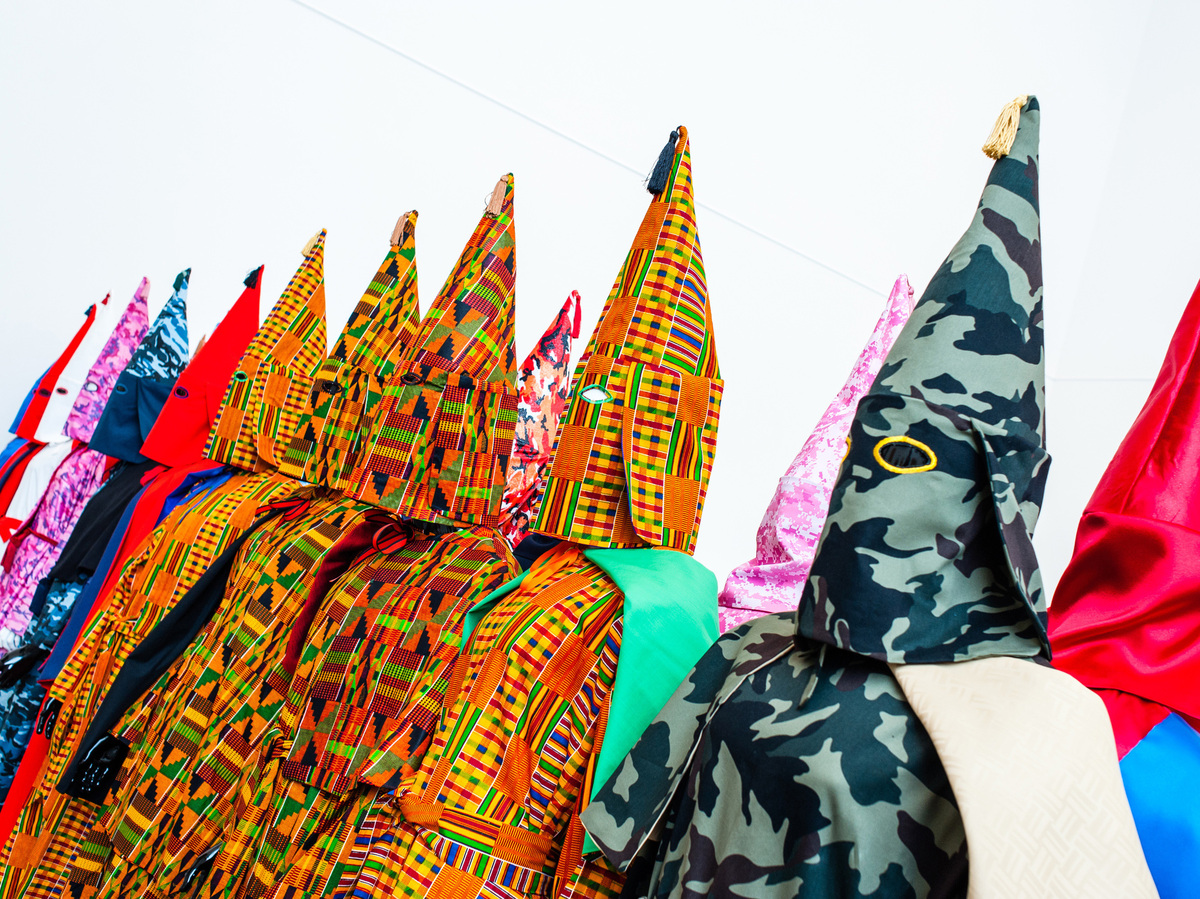 On display is the work of Paul Rucker, a 2018 TED Fellow working to fight for racial justice.

Rucker also held up a brand used to mark would-be slaves as they boarded ships. Rucker began his practice as an artist when he was working as a janitor at the Seattle Art Museum. By experimenting with found and discarded objects, he started to develop his approach to making art.

"I have probably one of the biggest collections of pro-slavery books in this country," he told NPR.

Rucker was awarded the first research fellowship in the inaugural year of the National Museum for African-American History and Culture. He was not only able to access their collection, but share his collection with them. History infuses every stitch of his work, as seen in his landmark exhibition, REWIND.

NPR spoke with Rucker about his work.

I'd like to talk about the meanings behind some of your work, specifically REWIND and its various parts. Can we break it down?

We're on a hundred year cycle. There are multiple parts. One is called Shelter in the Time of Storm — that's going to be at the ICA at VCU, the first time it will be shown in this form [Institute for Contemporary Art at Virginia Commonwealth University's inaugural exhibition opens April 21].

This will have 52 never-before-seen robes. It's to bring attention to the fact that the policies the Klan wanted in place 100 years ago are in place today: anti-immigration laws, segregated neighborhoods, workplaces, schools. That's what the Klan wanted. And we've done that.

You created new robes every week for a year. You've spent a lot of time thinking about this garment. What's something you came away with?

After I made 75 plus robes of this iconic image of white supremacy, I came to the reality that the KKK is not the most powerful force of white supremacy in this country. It's the normalization of systemic racism across all our institutions. After making so many robes, they lost all their power over me.

Can you tell us about your talk as a TED fellow?