Accessibility links
A Lesson In How To Overcome Implicit Bias : Code Switch Starbucks plans to close 8,000 stores for an afternoon to give employees racial bias training. Will it work? You can retrain your brain to see people differently but not over a short period of time. 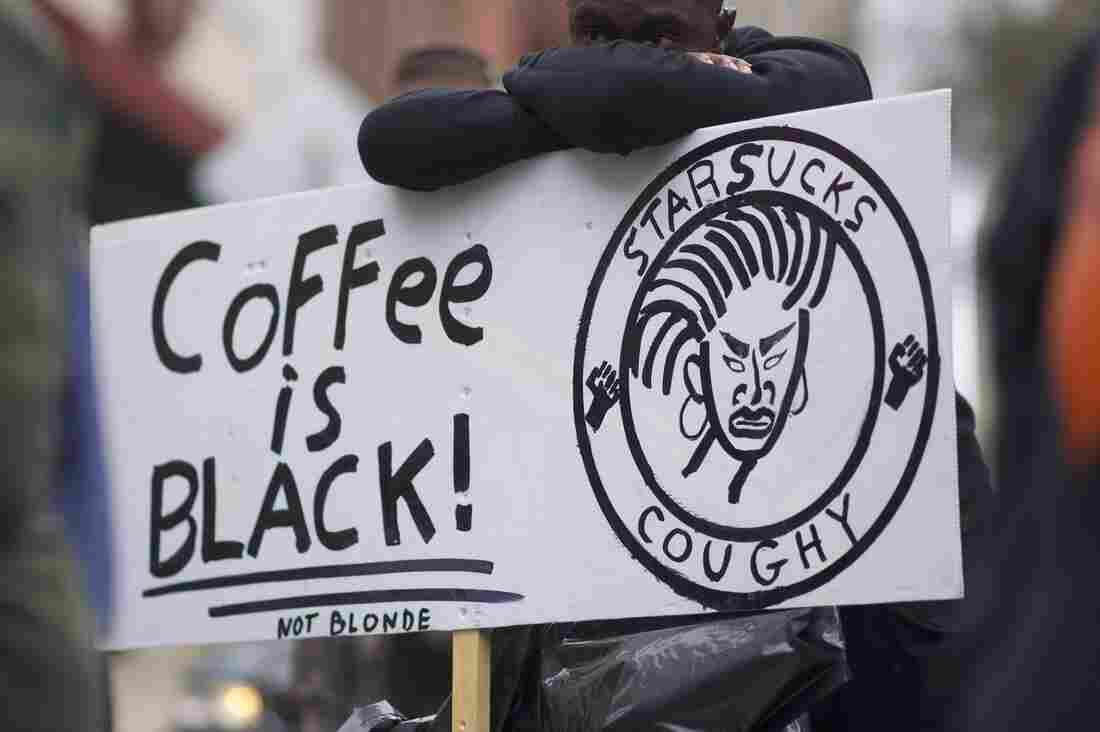 Protester Jack Willis, 26, demonstrates outside a Starbucks in Philadelphia. Police arrested two black men who were waiting inside a Center City Starbucks which prompted an apology from the company's CEO. Mark Makela/Getty Images hide caption 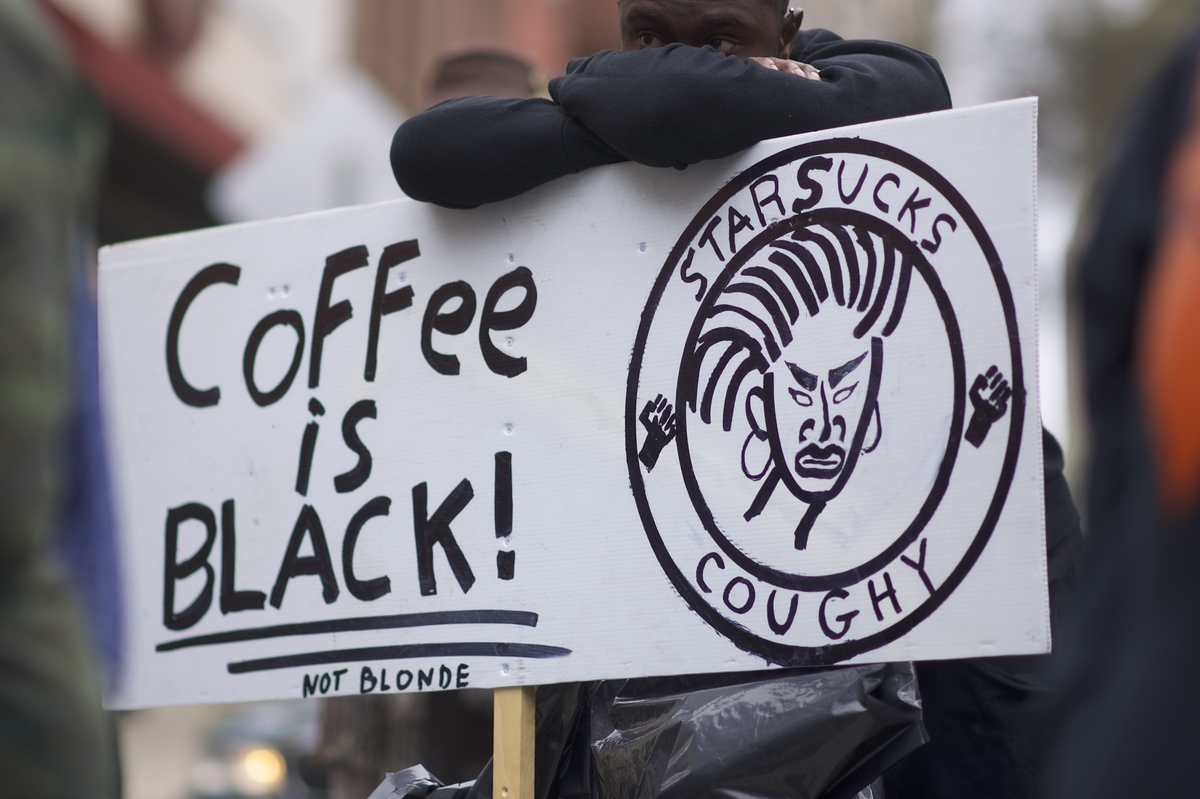 Protester Jack Willis, 26, demonstrates outside a Starbucks in Philadelphia. Police arrested two black men who were waiting inside a Center City Starbucks which prompted an apology from the company's CEO.

A week after two black men were arrested at a Starbucks store in Philadelphia, the company announced plans to close 8,000 stores across the country on May 29 for an afternoon of racial bias education.

Many people remain skeptical if such training will actually work and prevent further incidents like this, and it's not entirely known what the afternoon of training will include.

In an interview with Morning Edition host Noel King, Sherrilyn Ifill, president of the NAACP Legal Defense and Education Fund, said the company was in the beginning stages of planning what the entire afternoon would entail.

"You know, we see these incidents happen, and they are incredibly disturbing and troubling," Ifill says. "And I think some people want to believe that there's some magic bullet, and there is not."

Starbucks hopes to address part of that by including discussion about implicit bias in its training.

Alexis McGill Johnson is the executive director of the Perception Institute and runs racial bias workshops.

She says, "implicit bias is our brains' automatic processing of negative stereotypes that have become embedded in our brains over time about particular groups of people oftentimes without our conscious awareness."

"Essentially associations that we've come to link with particular groups' traits and characteristics that help us navigate and make quick decisions about who those people are."

On whether people can learn about their implicit bias and retrain their brains to see others differently, McGill Johnson says it's possible, but not when it's done over a short period of time.

"It's taken centuries for our brains to create these negative schemas about particular groups of people that have been marginalized in society," she says. "And so it will take a really concerted, intentional effort to develop the counter-stereotypes that are required to move them out of our brains and replace them with others."

At the workshops she runs, McGill Johnson says she starts with the idea that most people believe that they are fundamentally fair and believe in the egalitarian of all races and genders.

It's when behaviors such as those that led to the arrest of the two men in Philadelphia arise that people can't account for the disparity in outcomes between what they say they believe and how they react.

McGill Johnson says that raises the question that maybe the way people practice fairness is flawed.

"We've been taught to be colorblind. We've been taught that we can be objective when it comes to evaluating people, and the science suggests that sometimes our values aren't sufficient for us to actually practice those pieces because our brains see race very quickly," she says.

And what contributes to how brains process race and other identifiers is based on just about every other experience a person has had, watched or read.

"We develop, derive bias from just seeing certain pairings of words together over time. And those bits of information help us navigate our unconscious processes," she says.

Starbucks Stores To Close For An Afternoon Of Racial-Bias Education

Starbucks Stores To Close For An Afternoon Of Racial-Bias Education

This means that in order to address people's implicit bias, a lot of fundamental processes in the brain have to be changed.

While Starbucks is addressing a flaw in the company's previous training, McGill Johnson says it will take more than one afternoon to completely address implicit bias.

"I think at best it will spark curiosity and an awareness that biases do not make us bad people — they actually make us human — but that we do have a capacity to override them," she says. "And it's really important for us to build in systems and practices that help us do that."

Miguel Perez, Andrea Hsu and Courtney Dorning produced the audio for this story. Wynne Davis adapted it for Web.