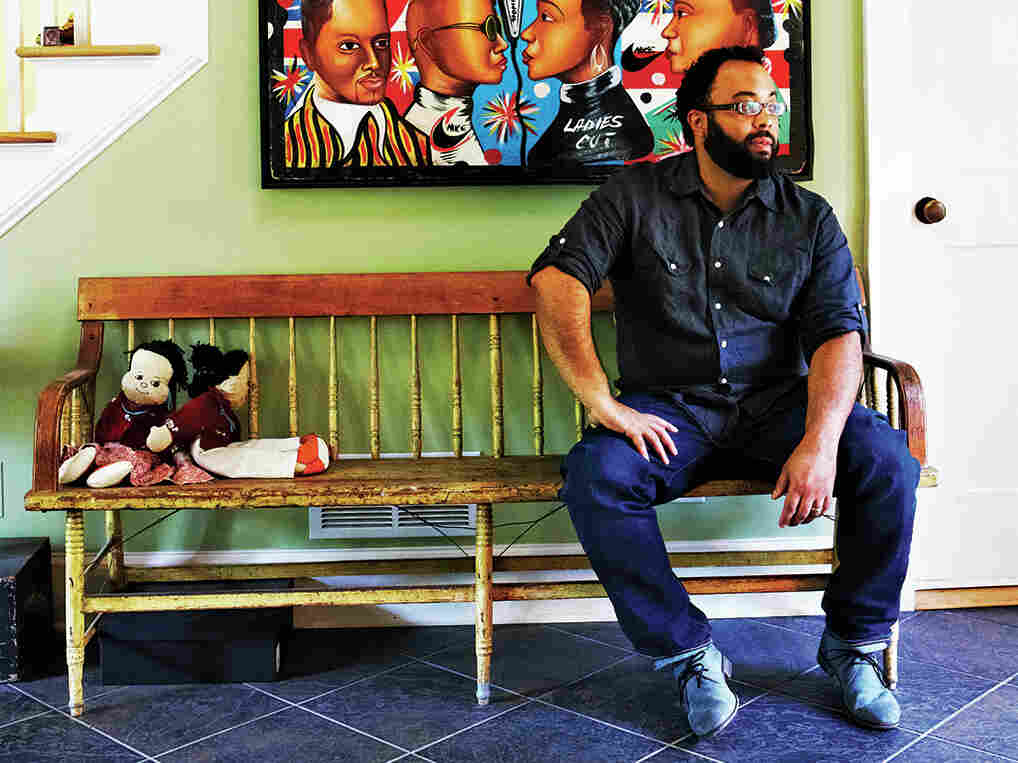 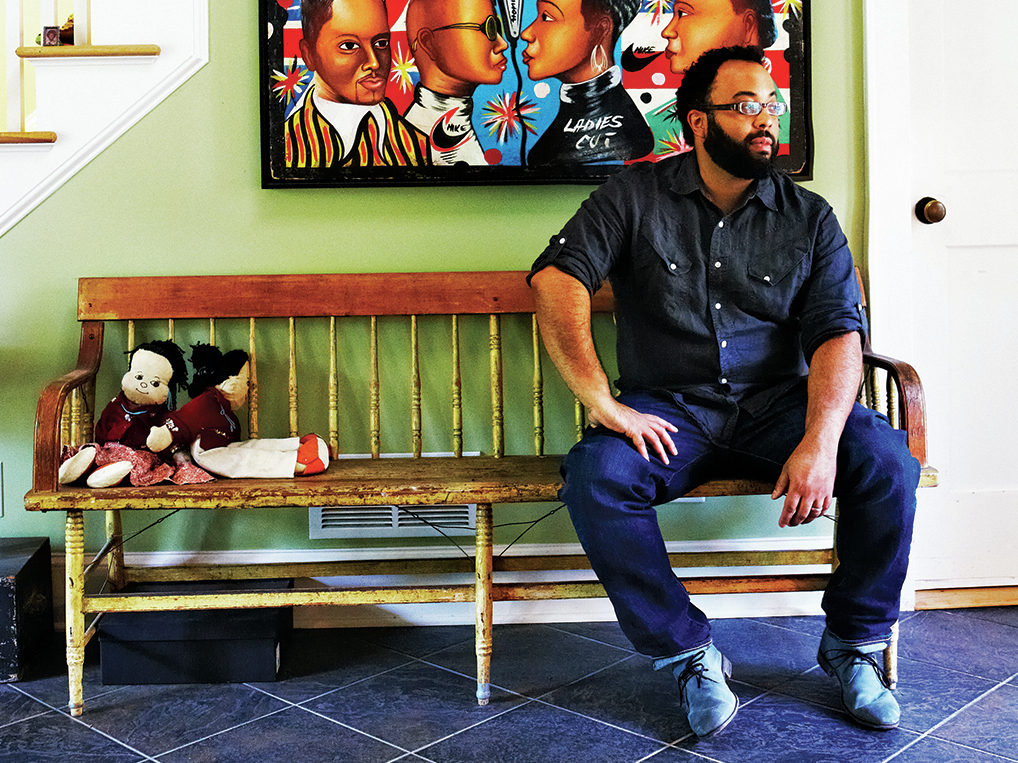 Some people read about history; poet Kevin Young actually saw an important part of history each week, when he went to his family's church in Topeka, Kan. The former pastor of St. Mark's African Methodist Episcopal Church was the Rev. Oliver Brown, of Brown v Board of Education fame. Rev. Brown was before Young's time, but he was still a felt presence.

"His picture was there in the antechamber," Young remembers. "And if you were late—I'm not saying I was ever late," he deadpans, "you got to wait there for a little while until it was time to come in and take your pew."

And while Young missed Rev. Brown's tenure, he was around to hear Linda Brown Thompson, the little girl on whose behalf her father brought suit to desegregate the whites-only school near her home, play the piano.

Young's new book, Brown, is colored by memories like that, from his family and childhood, United States history and black culture.

A color, a people, a history

"I was really interested in this idea of brownness," Young explains, "both in sort of a literal name, like Brown in Brown v. Board, and Rev. Brown and Linda Brown and all that that implied, but also James Brown and John Brown...." And the brown kids on his baseball team, and the brown waiter who defied white men in Mississippi to tell the truth about his segregated life. 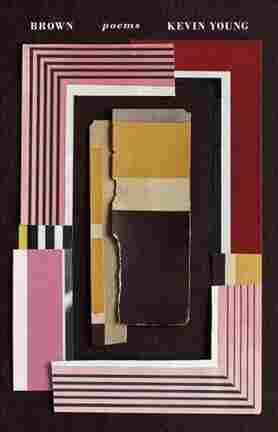 Brown is divided into two parts. Young calls them "Home Recordings" and "Field Recordings." Home Recordings paints vivid pictures of Young's early life in Kansas. He writes about his church and parishioners:

And about the time his youth baseball team beat the odds by winning the finals; they tempered their celebration in the face of the losing team — and their parents:

And about lessons imparted by a rigorous history teacher, even as it was obvious the man was dying:

"Fifty pounds/shed over the summer, his wrists jutted out/from frayed cuffs of his Crayola cardigans..."

The second part of the book, Field Recordings, speaks of Young's experiences out in the world. "A Roller Skating Jam Named Saturdays" recalls a time of transition: "We were black then, not yet/African American..." and describes the joy in speeding around the rink to the thumping beat of popular R&B songs.

David Remnick, editor of The New Yorker, says "you don't have to have a Ph.D." to understand or enjoy Young's poems. "More often than not, his references are to everyday life, and to everyday cultural signposts that you're not getting from academic pressbooks."

Young himself believes many people avoid poetry because they were forced to read it as children, or were taught it badly later on (as he says he was). And like a childhood aversion to a once-hated vegetable, he hopes they'll try again and reassess.

Think of poetry like music: "If someone says 'I don't like any music,'" Young says, "'I'd be like who are you? I don't understand' ... I think they haven't heard the right music. So I think we have to help people find the right poem for them."

As poetry editor for the New Yorker, Young is doing just that, according to his boss, David Remnick: "Kevin has made it his business to represent, from all over, the range of human voices," Remnick says. "And week after week, even though I've followed these things for years, I'm being introduced to poets and names that I haven't met before."

Young has also collaborated with people in other art forms. He wrote the libretto for Repast, an oratorio about a waiter named Booker T. Wright. (Southern food historian and Mississippi native John T. Edge commissioned the libretto.) The show opens with a bass-baritone singing the menu at Lusco's, an all-white restaurant in Greenwood, Miss., just as Booker Wright did in real life:

That waiter, Booker Wright, chose to share how he truly felt about being patronized and demeaned by Lusco's clientele in a documentary that aired on NBC in 1966. He was often called names by loutish customers, he told director Frank de Fillita, but he withstood it to secure his children's future. "All that hate, but you have to smile," he told the camera. "If you don't: What's wrong with you? Why you not smiling?!"

Greenwood's white citizens were appalled and embarrassed when the film aired. The man they thought of as "a good Negro" had betrayed them by telling the truth. Shortly after his television debut, Wright was pistol-whipped by a local policeman. Eventually, he was shot and killed in Booker's Place, the little café he ran on the black side of town. The police report says an irate patron was the killer, but to this day, there are many who think the shooting was payback for his earlier candor.

John T. Edge thought Mr. Wright's story was one more people should hear and remember, and cherishes the memory of working with Young to retell it. "To share a moment with Kevin and a host of other collaborators, and to bring that story into new relief, it just matters a whole helluva lot to me," Edge says.

While they were working on Repast, Young and Edge took a road trip through the Mississippi Delta, from Greenwood to Money, to see how things had changed — and hadn't — along the way. Edge says "that trip cemented a friendship that was already pretty solid."

Young dedicated the poem "Money Road" to Edge, and described the landscape, from Greenwood's mansions to a strange recreation of Jim Crow Mississippi: he described an odd B & B "...the fake sharecropper homes/rented out/along the road," and the complex's outhouse "whose crescent door tourists/pay extra for" and cotton plants, not for picking, but for decoration.

Tea for the fever

After the rawness of "Money Road," the book's final poem, "Hive," is balm. In it, a young boy carefully moves a beehive across the yard:

The honey bees' exile
is almost complete.
You can carry

them from hive
to hive, the child thought
& that is what

he tried, walking
with them thronging
between his pressed palms.

Let him be right.
Let the gods look away
as always. Let this boy

who carries the entire
actual, whirring
world in his calm

unwashed hands,
barely walking, bear
us all there

Read an excerpt of Brown