Accessibility links
Why More White Americans Are Opposing Government Welfare Programs : Code Switch A new report says that one reason has to do with white people's perceptions that they're losing financial dominance as people of color are making gains. 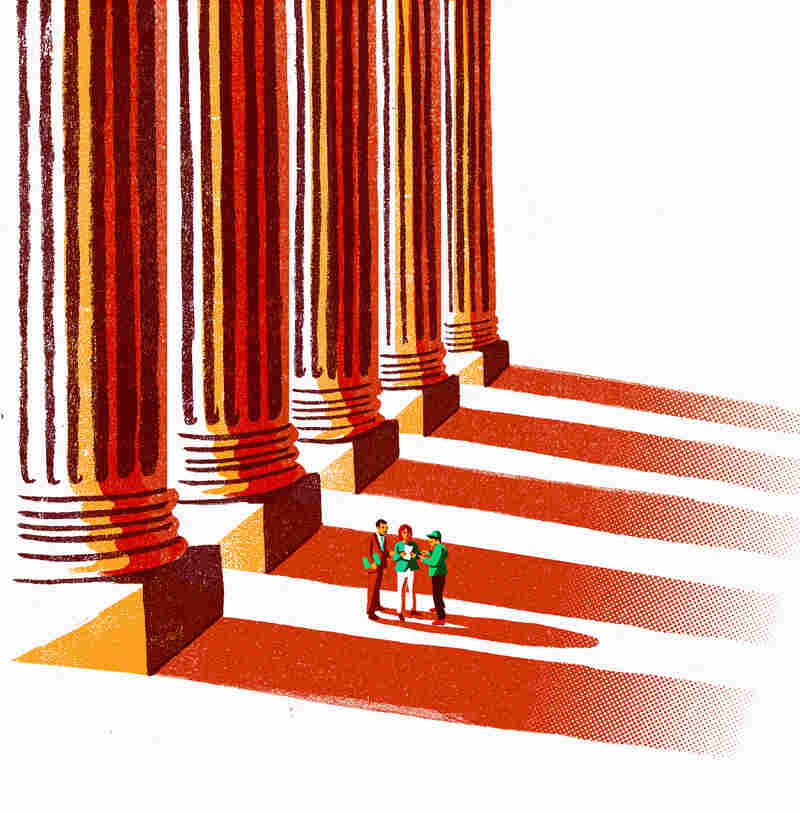 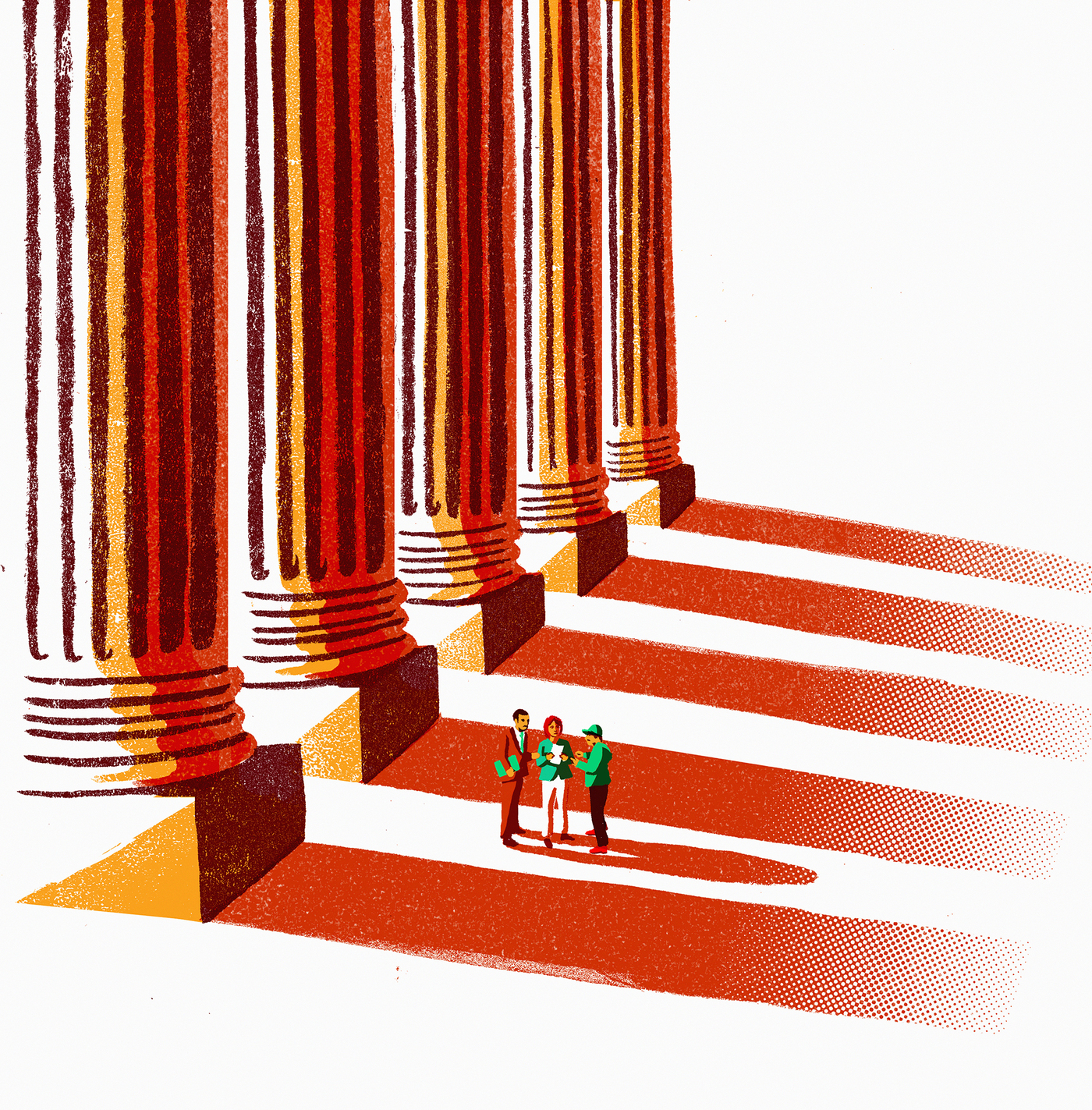 Other research shows that white people are the biggest beneficiaries of the government safety net.

A new study shows that since 2008, more white people in the United States oppose welfare programs, in part because of increasing "racial resentment."

One of the reasons for this opposition, according to the report, is white Americans' perceptions that they might be losing their financial and social status while people of color make gains in those areas.

These researchers — Robb Willer, a professor of sociology at Stanford University, and Rachel Wetts, a doctoral candidate in sociology at the University of California, Berkeley — have conducted other studies that linked racial bias and the Tea Party movement.

While conducting this recent study about opposition to welfare, Willer and Wetts showed the respondents graphs they had fabricated. The fictional data demonstrated white Americans becoming a minority or showed the income of white Americans decreasing as the incomes of people of color increased.

The researchers wanted to understand how the behavior of white Americans shifted when they perceived different things — even if untrue — about how certain racial groups were faring.

"We find evidence that welfare backlash among white Americans is driven in part by feelings that the status of whites in America is under threat," Wetts told NPR.

Despite those perceptions, other research has found that white people are the biggest beneficiaries of the government safety net. According to the Center on Budget and Policy Priorities, white people made up the the largest share — at 52 percent — of people lifted from poverty by safety-net programs, while black people made up less than a quarter of that share. When it comes to receiving Medicaid, white people make up about 43 percent of recipients, Hispanics about 30 percent, African-Americans 18 percent, with 9 percent identified as other, according to Wetts.

I spoke with her about the findings and the implications of the new research. Our conversation has been edited for length and clarity.

What was the most surprising finding?

Honestly, to me, it was this last finding. ... We showed them graphs of whites' and minorities' income trends — and these were made up. But in the racial threat condition, we showed them [also fabricated data] that whites' incomes were declining.

That is sort of contradictory to me. Can you break that down?

The way that we understood this is that those perceptions [that] whites' income advantage were declining were perceived as a threat to white status and this status threat increased their feelings of resentment of minorities.

So, it was less a rational response to incomes declining, "How can we help people whose incomes are declining?" And more about, "This is a feeling that the status position that I've become accustomed to is slipping away." And that increases resentment of minorities, and so, it's a more emotional response that leads them to want to cut welfare programs to help the poor.

So is it just that their "racial resentment" overtakes the ability for them to see that, you know, people of their demographic or their racial group also benefit greatly?

I guess I would say that previous research shows that in American society, there's this very strong idea of individualism ... believing that people should just ... work hard and that they can overcome all their circumstances [despite] our findings that this opposition to welfare was increasing during the Great Recession. So even in those moments when it's very clear that there are large structural issues that are leading to people to be unemployed, there's still a sense that someone [should] just be able to pull themselves up by their bootstraps and not rely on government aid.

Our study can't tell all the reasons why people might oppose welfare programs, but we look at this role of the threat to white status as one of the things that can trigger welfare backlash.

Can you talk a little bit about that perception versus reality — who is perceived to be on welfare versus who really is?

That's a very good point. Even though members of all racial and ethnic groups are using these programs, white Americans tend to perceive them as mostly benefiting African-Americans. So, there's a misperception of who the primary beneficiaries are of these programs.

So this study pulls from data from 2008, which is when Barack Obama was elected. Can you walk me through the correlation between politics and these findings?

In our first study, when we analyzed the nationally representative survey data, we show that white racial resentment rose beginning in 2008, and we argue that this was likely due to, again, this perceived threat to whites' racial status caused by a sort of confluence of Barack Obama being elected the first non-white president, and also the beginning of the Great Recession. So, you know, Obama's election was an event with huge symbolic significance for racial relations, like people were talking at the time that we'd entered this [so-called] post-racial era.

So for many people, we believe that they perceived this as a sign, that this is a sign of ... relative political power decline for whites at a moment of economic recession. [It] created this sense of racial threat that led to heightened racial resentment and heightened opposition to welfare among whites, even during this time of economic crisis.

Do you think that the opposition to welfare by some white Americans is only going to get larger?

With Barack Obama gone and a new figure in the White House, it's unclear what sort of impact that political development might have on whites' sense of their status in society. So I think that's an interesting venue for future research.

Why use the phrasing "racial resentment" in the survey? Why not "racism"?

That's an interesting question. There are two parts to this answer. The first is that sociologists, political scientists and other scholars distinguish between older, more explicit forms of racial prejudice — founded on assertions of biologically-based differences between racial groups — and more "modern" forms of prejudice.

Since the civil rights movement, white Americans increasingly reject old-fashioned or "Jim Crow-style" racism (statements like "white people are more intelligent than black people"). However, they continue to hold a number of negative attitudes toward African-Americans, including a tendency to attribute racial inequality to individual failings of black Americans and the belief that black people are responsible for the racial tension in this country.

So, the use of "racial resentment" distinguishes that it's the latter type of attitude that is triggered by threats to whites' standing.

The second is that Americans generally tend to think of "racism" as a stable characteristic of individuals, not something that can be prompted or change in response to changing circumstances or social trends. Since we're highlighting the way that changing perceptions of the social world influence whites' racial attitudes, we wanted to use a term that emphasized that these attitudes can change over time, which feelings of resentment more clearly communicates.

A previous version of this story incorrectly said white people make up about 43 percent of Medicare recipients, Hispanics about 30 percent, African-Americans 18 percent, with 9 percent identified as other. Those are the statistics for Medicaid.