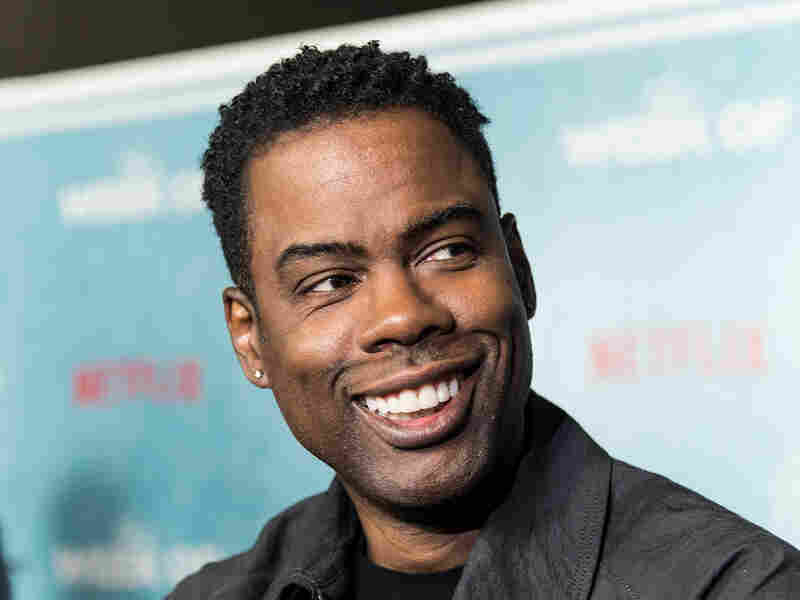 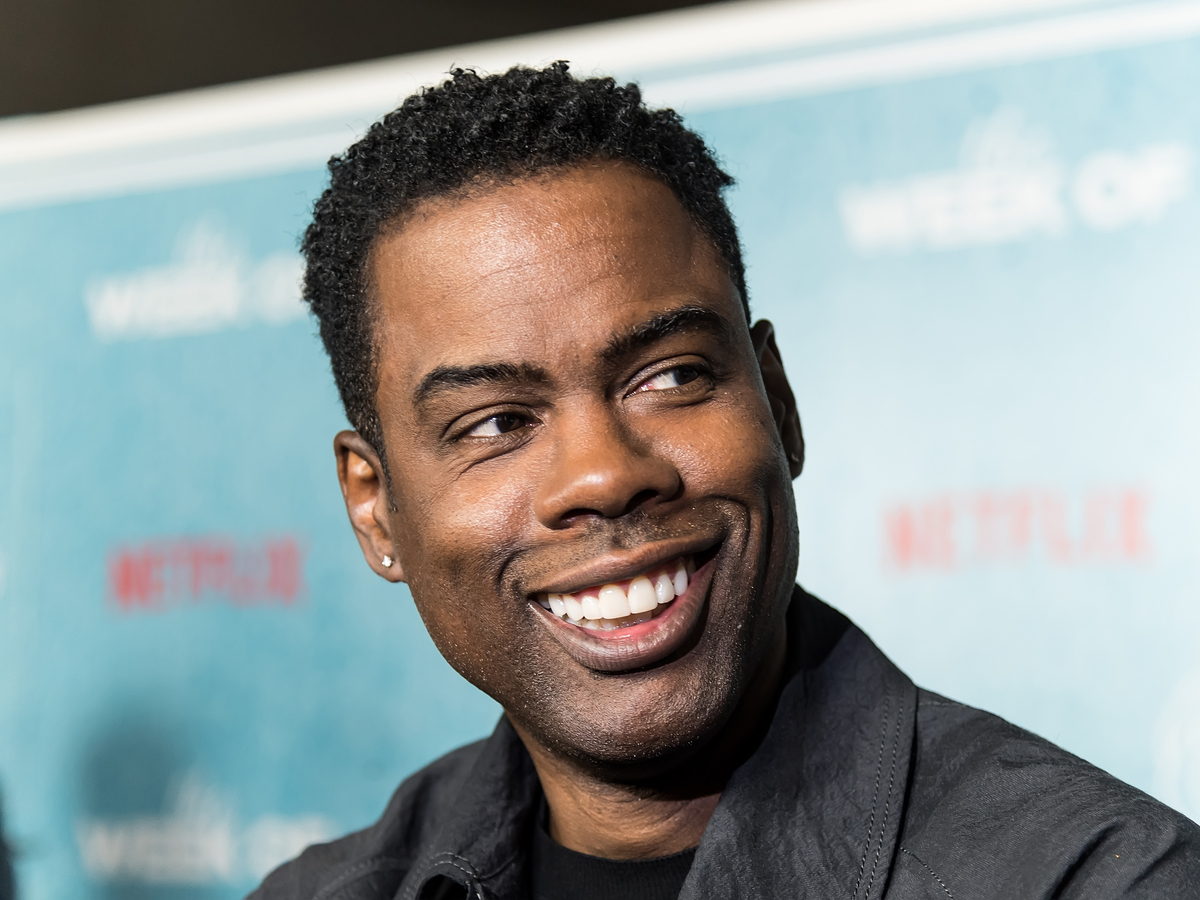 Before the Emmy and Grammy awards, before hosting the Academy Awards and before earning status as one of the best stand-up comics of his generation, Chris Rock had nearly fallen out of big-time show business.

Back in the early 1990s, Rock was known mostly a protege of Eddie Murphy who got fired from Saturday Night Live, worked as a stand-up comic and popped up in movies like New Jack City and CB4. Another brother who almost made it.

Then came Bring the Pain.

That's the name of the 1996 HBO stand-up comedy special that helped redefine Rock in the eyes of the world. In the space of an hour, he went from "that kid who acts like a watered-down Eddie Murphy" to the straight-up voice of a generation.

Now A&E is airing a documentary Monday that explains how Rock's transformation happened. And then some.

Directed by Emmy-winning TV host and stand-up comic W. Kamau Bell, Chris Rock's Bring the Pain, is the latest and most interesting film in A&E's Cultureshock series — a collection of documentaries about pivotal moments in pop culture.

It's a look at how Rock crafted the special that would redefine his stage persona and turn him into a major star. But it also tells the story of how a young, black comic — who looked like he had missed out on the 1990s-era black comedy renaissance embodied by In Living Color and Def Comedy Jam — put his finger right on the pulse of what everyone was feeling at the time, especially in black America.

W. Kamau Bell had an underappreciated late night show on FX (and, later, FXX) that was executive produced by Rock. Now he hooks up his former TV godfather with an insightful and surprising documentary. From the people he gets on camera — Oprah! Ava DuVernay! Conan O'Brien! Trevor Noah! Martin Lawrence! Wanda Sykes! — to the stories he digs up, Bell delivers a film that's partly a tutorial on a comedian's process, partly a look at black stand-up comedy in the '90s, and partly a window into the evolution of a major comedic talent.

The film is surprising at times. For example: we have, of all people, shock comic Andrew "Dice" Clay to thank for the awesomeness that was Bring the Pain.

Rock says early in the documentary that he ran into Clay at a department store – okay, in the men's underwear section — and revealed he was ambivalent about the HBO special he was developing. Clay told him to go home and watch the film Rocky — the story of an underdog boxer vying for the heavyweight title — to remember why he got into comedy in the first place. Because back then, a stand-up special on HBO was a world-shaking opportunity.

That story embodies what works best about this documentary: its honesty. Rock himself admits it took Clay's words to help him focus. Later, he tells how opening act Martin Lawrence blew him off the stage during a stand-up gig, convincing him he needed to raise his game as a performer.

Prowling the stage with his trademark intensity, Rock took the stage for Bring The Pain in Washington D.C. before a mostly black crowd. He kicked things off by making fun of the city's popular mayor, Marion Barry, who had been caught on a videotape smoking crack. Marveling at how Barry showed up at Louis Farrakhan's massive event to uplift black men, The Million Man March, Rock said, "even in our finest hour...we had a crackhead onstage."

The crowd went wild, with half the audience laughing and half pushing back. "Boo if you want," Rock added a second later. "You know I'm right."

Yup. It was going to be that kind of evening.

A lot of stand-up routines from the '80s and '90s don't age well — see Eddie Murphy's jokes about getting frisked by gay policemen, for example. But Rock's most incendiary bits from Bring the Pain are on an entirely different level of I can't believe we laughed at that back then.

One classic bit involves the racial unrest following O.J. Simpson's 1995 acquittal for the murder of his ex-wife Nicole Brown and her friend Ron Goldman. "Black people too happy, white people too mad," he said. "I ain't seen white people that mad since they canceled M*A*S*H."

Rock ticks off reasons Simpson might have gotten angry with Brown — she may have allowed Goldman to drive a car Simpson bought her, for instance — ending with the punchline "I'm not saying he should have killed her. But I understand."

These days, we know suggesting abuse victims contributed to their abuse is inaccurate and unfair. Even Wanda Sykes – who has trampled a few boundaries herself for a laugh or two – thinks differently about that punchline now. "I laughed at the time, but, damn man, that's somebody's family," she says in the documentary. "To say that you understand?...Ouch."

That was Rock's power: to deliver a joke that was funny, but also articulated an idea that many people might think, but never say out loud. If it was centered on an uncomfortable insight about race or gender, all the better. And nothing encapsulated that better than the climax of his show, a bit called "n***** vs black people."

Rock set it up as a struggle between black people who are responsible and functional and n*****, who ruin things by being lazy, violent and destructive.

At a time when gangsta rap was taking over pop culture — and especially black youth culture — Rock defined the uneasy conflict among black people with a cutting confidence. Small wonder, according to the film, that rapper Tupac Shakur tried to pick a fight with Rock after this routine hit big.

These days, critics might call that respectability politics – the idea that, to succeed in America, black folks just need to act better. Even in the 1990s, that bit wouldn't have worked in front of a mostly white crowd, where the laughter might have felt like an affirmation of the things bigots have been saying about black people for a long while.

But in the space Rock created for Bring the Pain, this mostly black crowd laughed along with a bitter truth: Yeah, the system oppresses black people every day in every way. But people also make choices that can play into longstanding stereotypes and deserve some criticism. The bit allowed black people space to cast shade on some negative things celebrated in black pop culture. Acknowledging that tension – with laughter – in a space where there was no danger of nearby white people saying "I knew it!", was a powerful moment for 1990s television.

Still, I don't think Rock could — or should — try to perform a bit like that these days. As powerful as it was then, it still feels too much like stigmatizing a group of people with the worst racial epithet possible based on how respectable they act.

And when it moved beyond black audiences to white America — passing from an in-group joke to something shared with the world through HBO — it seemed a bit too much like Rock was giving bigots permission to indulge in situational racism, picking out certain groups of black folks to visit their worst stereotypes upon.

I remember watching a VHS screener of Bring the Pain before it aired on HBO; I was blown away by its power. You could see, with his brash attitude, button-pushing material and ability to say things the audience didn't even know they were thinking, Rock had brought a new voice to the world of comedy.

More than anything, Bell's documentary reminds us of that achievement. And how Chris Rock rebounded from some of his biggest setbacks to become a comedy superstar, fueled by the kind of cutting insights about race, society and the cultural moment that no one else could deliver.