Accessibility links
This Halloween: Be Careful How You 'Hang' Your Decorations : Code Switch Sure, you want your house to look as scary as possible. But certain haunting images are better left in the past.

This Halloween: Be Careful How You 'Hang' Your Decorations

This Halloween: Be Careful How You 'Hang' Your Decorations 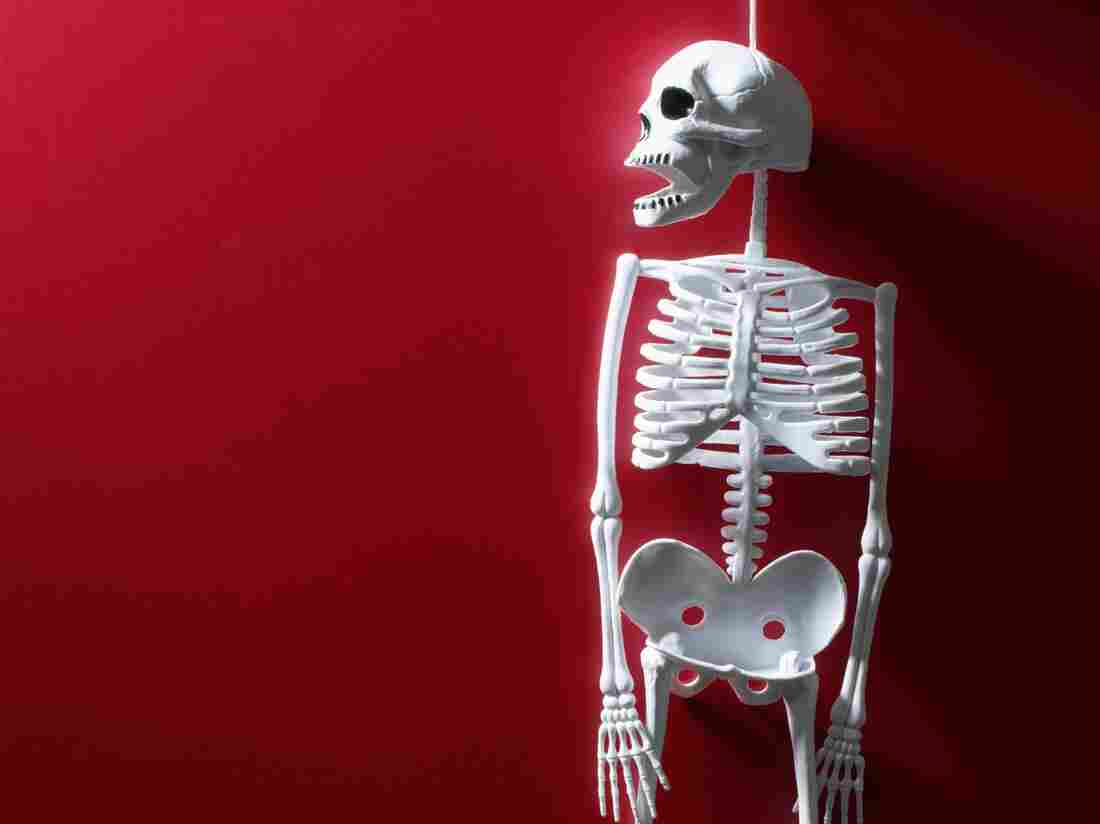 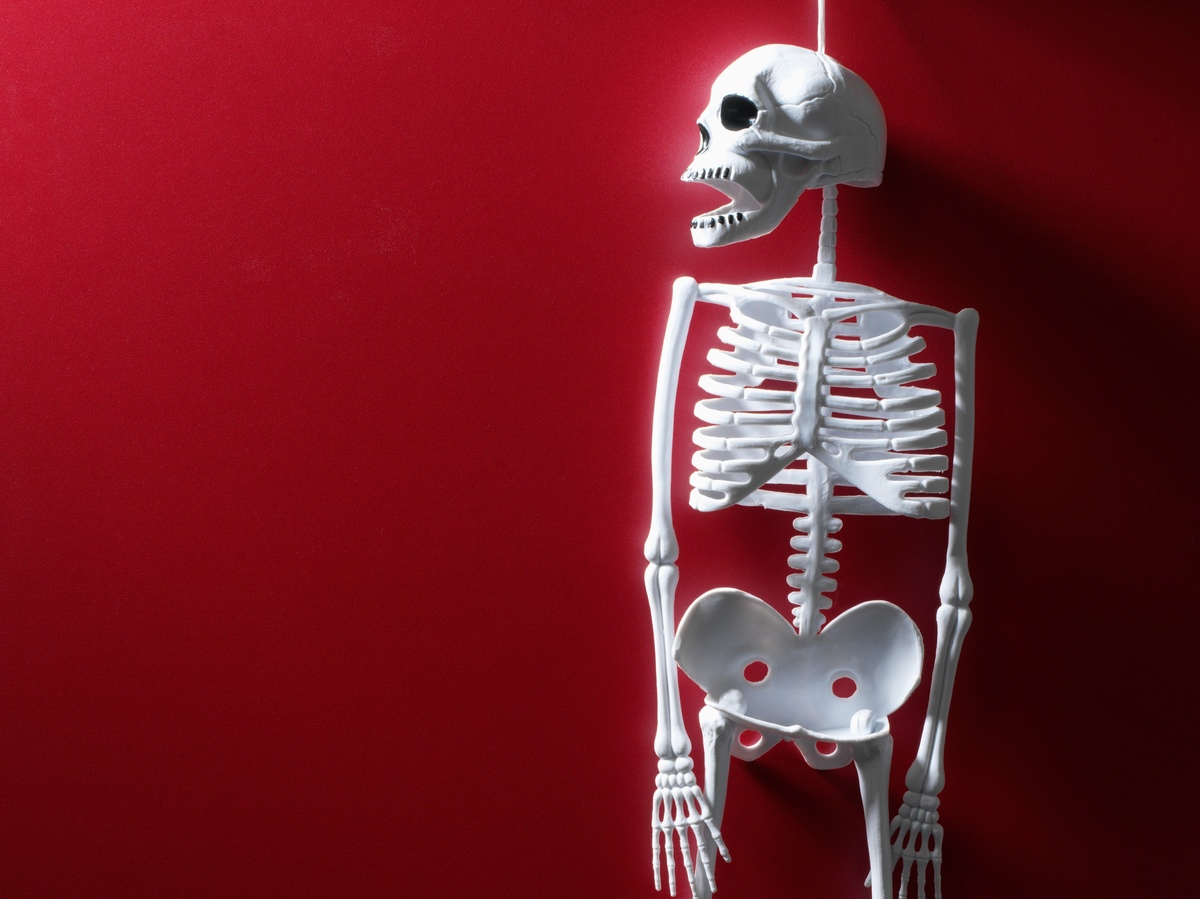 When I went trick-or-treating as a kid, there were always certain neighborhoods that would go all out. Imagine fog machines, giant spiders that suddenly moved when you walked by, pop-up clowns that refused to stay down when you hit them, bone-chilling screams triggered by reaching for candy in a bowl, the works.

But while terrifying, it never occurred to me that any of those decorations might have racist undertones. The idea hadn't occurred to Andrew Zemke in Montana either, who sent us a question about Halloween decorations for this week's Ask Code Switch.

"While decorating our house for Halloween recently, my wife and I were discussing options for displaying a realistic skeleton. I was recalling my childhood of decorating a friend's house, which involved hanging a skeleton by a hangman's noose. My wife said we probably shouldn't go that route, given the connection to lynchings in our country's past.

I can honestly say I never considered a connection to lynching when I've hung or seen hung a skeleton or body. I always looked at it as a horror prop or gallows, something along those lines ... I can probably chalk this up to my privilege as a straight white man, but became genuinely curious of where a skeleton or body hanging from a noose stands as a Halloween decoration. ... Is there a history to it that I just wasn't aware of?"

Does your neighborhood have a contest for scariest house on the block this year? If so, hanging a body or skeleton would definitely make you a front runner. It is a very scary idea.

But your wife was right to hesitate. Hanging anything with a noose conjures up a legacy that continues to haunt us today.

Tananarive Due, a black horror scholar at the University of California, Los Angeles, says, "Just because it's Halloween doesn't mean that we can forget the visual impact of lynching imagery."

So what exactly is that history? Well Andrew, beware: things are going to get grisly for a moment, but stay with me. It's important to understand how hanging became so closely associated with lynching.

Right up until the Civil War began in 1861, hanging was a type of vigilante public punishment that pretty much anyone could be subjected to, regardless of race. It wasn't until after Reconstruction in the late 1880s that hangings started to become a frequent tool of violence used against black communities in the South.

Lynchings were often public events. Sometimes a lynching would be advertised in the local newspaper: People would bring their children to watch, families would have a picnic, and vendors would set up concession stands at the event. They were spectacles that could draw thousands of people.

Lynchings also sent a message. Letting the mutilated bodies of dead black people swing from trees was a way to terrify other black people living in the community.

The terror didn't stop after the initial event. People could buy postcards that had photographs of hanging bodies on them as souvenirs and send them to family members or friends. Amy Louise Wood, a professor at Illinois State University who researches lynchings wrote that, "White mobs sought to make their violence as public and conspicuous as possible in order to imprint the fiction of white supremacy into popular consciousness."

She added that anti-lynching activists would reprint and republish those same grotesque photos and "exposed the horror of mobs' crimes."

These images spread, either in support of lynching or against it. As a result, Wood writes that by the 1930s, "lynching had become the most conspicuous symbol for racial injustice in America."

Koritha Mitchell is the author of Living with Lynching: African-American Lynching Plays, Performance, and Citizenship, 1890-1930. She says it's important to keep the past in mind when thinking about what hanging signifies today: "Nooses in general aren't just objects that have nothing to do with that history."

You could see a hanged skeleton and see nothing more than a hung skeleton. But Mitchell, who studies how meaning is conveyed with words, objects, gestures and expressions, says that image carries a deeper meaning. "Once [hanging] starts to be a race-centered form of terror, it never turns back," she explains. The hangman's noose is loaded with the history of racial terror in the United States. And, she says, we're still living with that legacy.

Which brings us to the present moment. Today, nooses are like ghosts that appear from time to time, daring us to confront the issues of our past. In 2017, for example, a noose was found inside the National Museum of the African American History and Culture. This was the second noose to be found on Smithsonian grounds — the first was discovered hanging in a tree near the Hirshhorn Museum just five days prior.

The NMAAHC's founding director Lonnie Bunch called the noose a "symbol of extreme violence for African Americans," in a statement. He referred to the incident as "a painful reminder of the challenges African Americans continue to face."

Some institutions are making an effort to address the cultural impact of lynching. The National Memorial for Peace and Justice opened this year in Montgomery, Ala. — one of the most active lynching states in the U.S. The memorial features the stories of almost 4,500 documented lynchings that occurred between 1877 and 1950. Exhibitions at the Brooklyn Museum and the National Portrait Gallery have also taken on the subject.

Andrew, even if this history doesn't quite seem like reason enough to abandon the noose, Koritha Mitchell says, you need to keep in mind other people in your neighborhood who may feel differently. "What message are you sending to your neighbors about the people that are surrounding them?" she asks. "How neighborly is it to have decorations that call up a history and a present of racial terror? How neighborly is that?"

So, what to do about this skeleton? I'll admit, at this point things aren't looking so good for your bony friend. But don't worry! The skeleton idea isn't dead yet. There are plenty of other ways to scare, frighten and otherwise disturb trick-or-treaters this Hallow's Eve.

"Even if the skeletons were hanging by wrists from a tree, it would look better than around the neck," says Tananarive Due. She suggests using spider webs instead of rope. You could even sit the skeleton up in a tree so it looks like someone died and decomposed while sitting in that spot.

That seems pretty terrifying to me.

Do you have thoughts/questions/feelings about race? Need some racial advice in your own life? We want to hear from you! Email us at CodeSwitch@npr.org with the subject line "Ask Code Switch," or fill out this form and tell us the deets.