Accessibility links
Opinion: How Stan Lee Helped This Blerd Find His Superhero : Code Switch For one black nerd growing up in Indiana, Stan Lee's world was an amazing step forward.

Opinion: How Stan Lee Helped This Blerd Find His Superhero

Opinion: How Stan Lee Helped This Blerd Find His Superhero 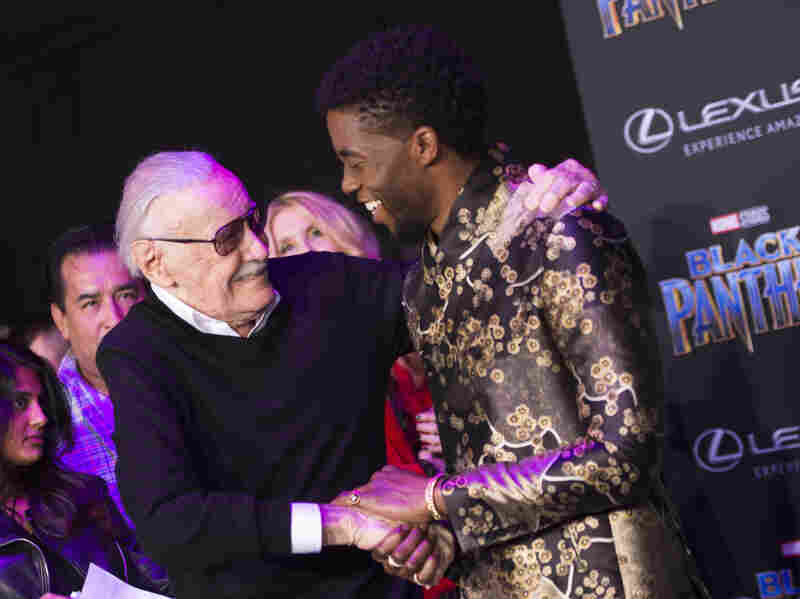 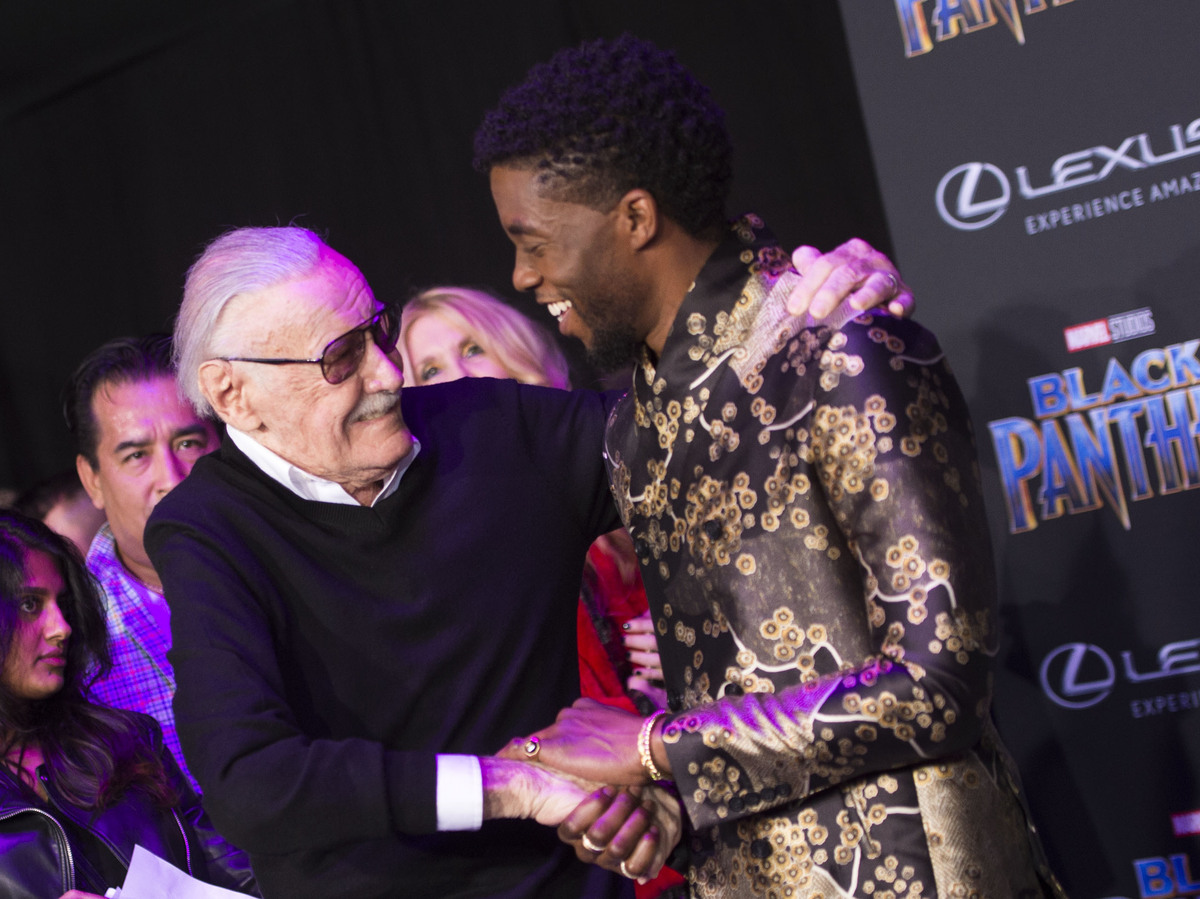 Stan Lee was always a hero of mine; a feeling I share with many comic book fans. But it wasn't until recently – and especially following his death Monday at age 95 – that I began to realize that some of my love for him came specifically from my perspective as a black kid who grew up reading comic books in the 1970s.

It wasn't just that, as the editor-in-chief and later publisher of Marvel Comics, he helped create the coolest black superheroes of that time, like Black Panther and The Falcon. Or that he developed cool allegories for overcoming prejudice and stereotypes rooted in fear and ignorance, like The X-Men, The Inhumans and The Hulk.

What was cool about Marvel under Stan Lee was the realism. They used actual cities as the home-base for their heroes, which grounded everything in a world that felt more real, more possible. Spider-Man was a nerdy kid from Queens; The Fantastic Four were a bickering family headquartered in a Manhattan high-rise building. And Luke Cage was a principled, African American ex-con reinventing himself as a hero for hire from an office in Times Square.

For a geeky kid growing up Gary, Ind. – the term blerd, or black nerd, would be coined much later to describe my cool-challenged lifestyle back then – this was an amazing step forward. I felt like I was learning about the world while sitting in my backward corner of Northwest Indiana. Somewhere, there was a place where being better at reading and writing than fighting and sports made you a hero. Or, at least, allowed you to create one or two of them.

Not to shade DC Comics. But heroes like Superman and The Flash lived in gleaming places called Metropolis and Central City. Their stories rarely featured people who looked like me or lived anywhere I recognized. Watching their exploits felt a bit disconnected; like watching a fairy tale set in a land kinda like my world...but also not.

Stan Lee's Marvel universe was grittier, wilder and often set in urban spaces I longed to see in person. He tackled pressing social issues that young people cared about, with stories rooted in relatable stuff. The Fantastic Four worried about paying bills for their towering headquarters, while Spider-Man fretted about finishing homework and handling bully Flash Thompson without revealing his powers.

Luke Cage, while not a direct creation of Lee's, was filled with nods to the Blaxploitation action movies that I loved back then. Given his own book series in 1972, Luke Cage was proud, practical and a total powerhouse in a way I didn't know I needed to see until it was in a book looking back at me.

I also loved Lee's way of talking directly to fans, through editor's notes in the comics and his columns in the books, with their own jokey, distinctive patter. I hate to think about how much of his style – with jovial asides slipped into the action, much like this phrase was slipped into this sentence – influenced my own writing. He dropped words like "Excelsior!" at the end of columns, giving young fans a shared language and culture that could get us through the inevitable moments when we had to explain our obsessions with these "cartoons" to parents, teachers or contemptuous bullies.

More than anything, Lee made it clear he was creating a wondrous, exciting fictional universe that valued a wide range of people. Last year, in the wake of the white supremacist Unite the Right gathering in Charlottesville, the man himself tweeted a link to one of his "Stan's Soapbox" columns from 1968 asserting "bigotry and racism are among the deadliest social ills plaguing the world today."

At a time when people of color were still struggling to be seen in mainstream spaces, that sentiment meant a lot – especially when it was backed up by the stories in the comics.

There were limits to Lee's vision back then. White men were still most often the heroes, especially in the early books. Much as I loved the anti-hero he helped create called The Prowler, it was a bit of a let down to see that this character, who was basically a super burglar, turned out to be a misunderstood African American kid.

And too many non-white heroes were sidekicks – like Captain America's backup The Falcon – or had powers rooted in their racial identity, as was the custom of the time. So we had Black Panther and Black Goliath at Marvel, with Black Lightning and Black Racer in rival DC Comics' books.

(I joked in one column I wrote a while ago that I always wondered why Thor, The God of Thunder wasn't originally named White Lightning.)

NPR's Glen Weldon noted in a most excellent obituary how complicated Lee's legacy truly is. His tireless self-promotion led to criticisms that he shared credit too little and didn't fairly compensate the artists who helped him create this amazing universe.

But for a young black kid trying figure his place in the world and in comic book fandom, Stan Lee helped make that journey a little easier.

Many years ago, I was struck by an advertisement in a black-focused magazine, which pictured a young black kid staring into a mirror with a towel pinned to his shoulders, clearly imagining himself as a mighty superhero. But the face which stared back at him from the mirror was a white man in a cape.

Thanks in part to Lee's influence, I could imagine Black Panther or The Falcon staring back at me, instead.