Accessibility links
The Green Book: Celebrating 'The Bible of Black Travel' : Code Switch A family vacation was like planning a military campaign. In the Jim Crow era, this guide book was essential for traveling safely. 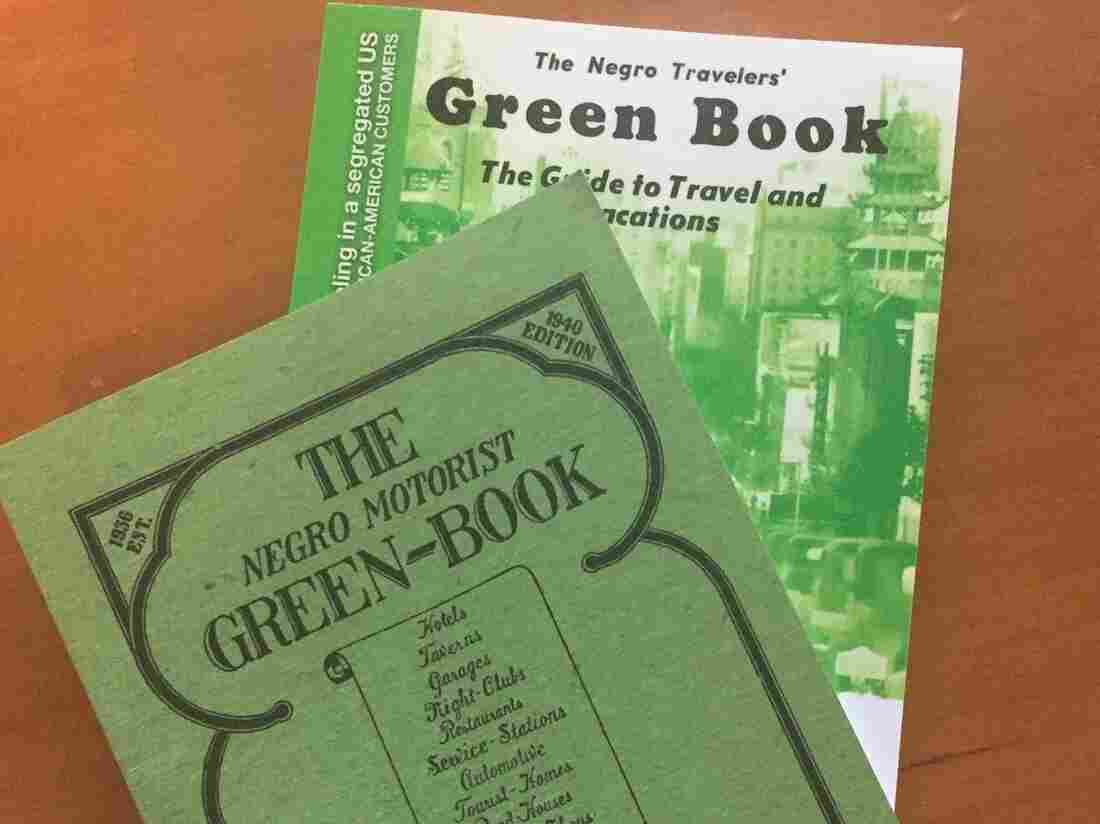 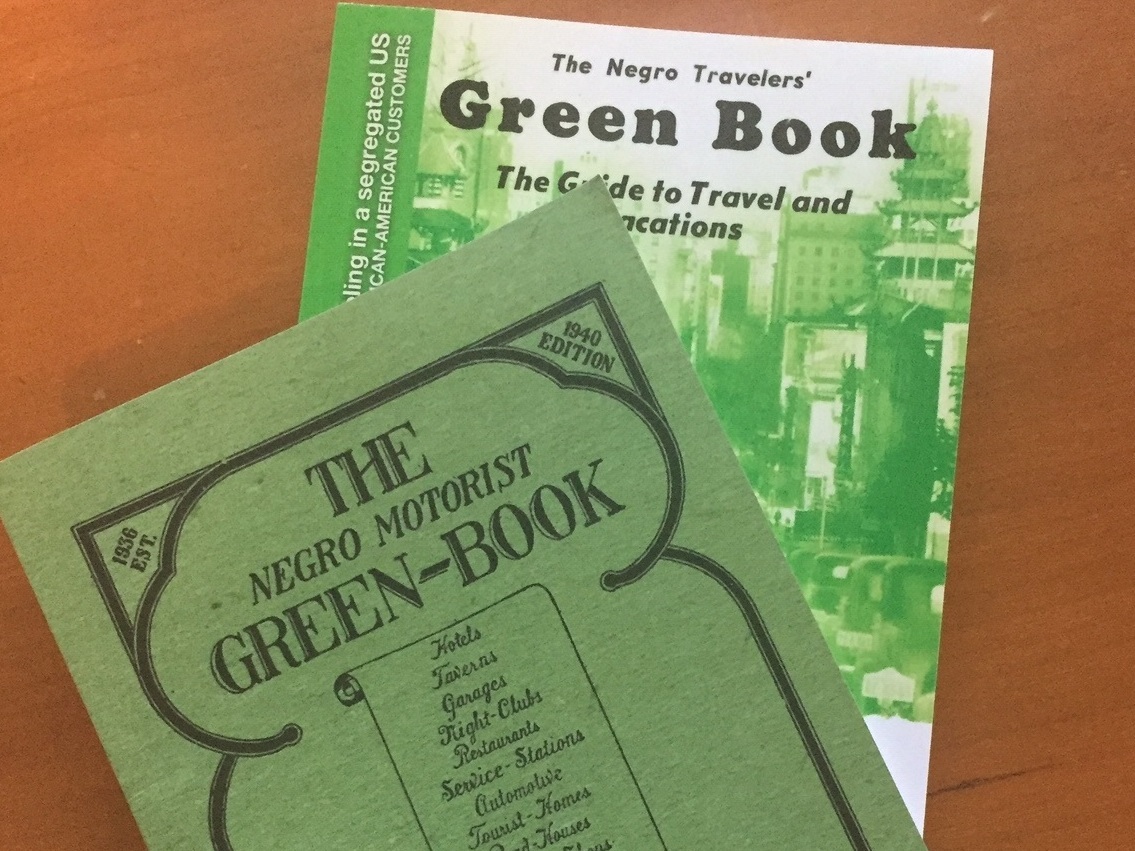 Contemporary reprints of original Green Books from 1940 (front) and 1954.

When Antonio Reliford was a child in New Jersey, he and his family did what a lot of African-American families did when it came to vacations: They hit the road to visit relatives in the South.

But this was back before the nation had a network of high-speed highways. Before major routes like the New Jersey Turnpike or Interstate 85, which goes through the Southeast.

And so the Reliford family had to use what everyone else did: two-lane roads that often went through picturesque rural areas.

Picturesque. And for African-American families, dangerous. Which meant black travelers had to choose carefully how they would go, and when, and where they would stop.

"Everything was planned," Reliford, now 62, remembers. Two or three families would travel in their cars together, as a caravan, "for safety."

He remembers leaving in the dark, "usually at daybreak or just before" so the families could travel as far as possible while it was light, in case some of the towns they passed through had Sundown Laws. (Those laws dictated that black people had to leave those towns by sunset, or face dire consequences.)

They'd drive continuously, he remembers, with food packed in coolers so they wouldn't have to search for — and perhaps be rejected by — an establishment that chose not to serve them, even from a back window.

Bathroom breaks? "Usually you had to pee at the side of the road because we had problems finding facilities that would allow us." And those that did? "You had to pay a token to get in."

Even fuel was problematic. "There were long lines where we knew the gas was," Reliford recalls. They knew which pumps to use because "it would actually say COLORED GAS." And in case that didn't sink in, the segregated service stations often had a separate attendant for black motorists. "Usually it was an elderly black man."

This was the world The Negro Motorist Green Book was created to navigate. Listed in the slim little book were motels, diners, even gas stations that were black-owned or black-friendly. Postal worker Victor H. Green wrote and published the guide. He initially focused on his town— Harlem — but eventually the books expanded to cover almost every state.

These word-of-mouth suggestions for safe passage through a sometimes-hostile America were, "sort of a 20th Century version of the Underground Railroad, and this annual travel guide was the Bible of black travel," says Brent Leggs, the director of the African American Cultural Heritage Action Fund.

The fund seeks to help African-American communities to preserve and support sites with cultural significance. It's administered by the National Trust for Historic Preservation and seeks to, in its words "tell the full story" of America.

As the movie Green Book notes, Jim Crow was not impressed with an individual's wealth or talent. Whether you were a family, like the Relifords, or an icon, like Duke Ellington, there were many white-owned places — below and above the Mason-Dixon Line — that would not accept you. No hotels. No restaurants. No hospitals or auto repair shops.

The Green Books were one valuable way to get around that.

A way for future generations to remember

There was less of a need for the books after passage of the Civil Rights Act in 1964, which legally mandated that public businesses should be open to all, regardless of race. In theory, segregation ended, although it would take years for some places to actually honor the law.

As segregation eroded, the need for separate accommodations faded, and with it, many of the businesses in the Green Book. It officially ceased publication in the late '60s.

Brent Leggs says the National Trust has a campaign to celebrate Route 66 as "the Main Street of America." The iconic highway goes from Chicago to Los Angeles, and while there weren't many Green Book motels along the way, there were a few.

The new movie will doubtless increase interest in the Green Book and its history. Brent Leggs welcomes that. "As a preservationist, it's exciting, because we can leverage the attention to celebrate the actual physical sites related to the Green Book."

He wants to make sure "that current and future generations never forget about this critical social movement and this story of black entrepreneurism, activism and achievement during the period of Jim Crow."