Accessibility links
When The 'White Tears' Just Keep Coming : Code Switch The phrase is meant as a gentle poke at white people who take offense at minor threats to their privilege. "Sometimes it feels good just to make fun of racism and of racists," one humorist says. 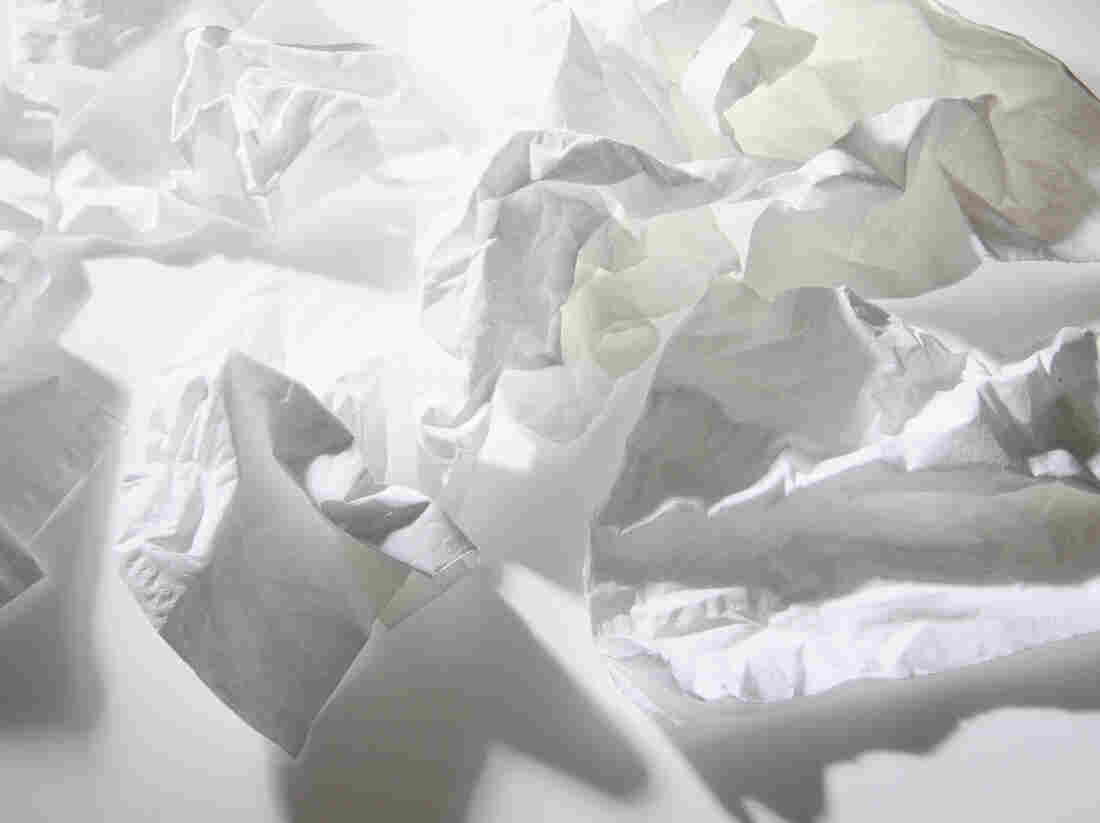 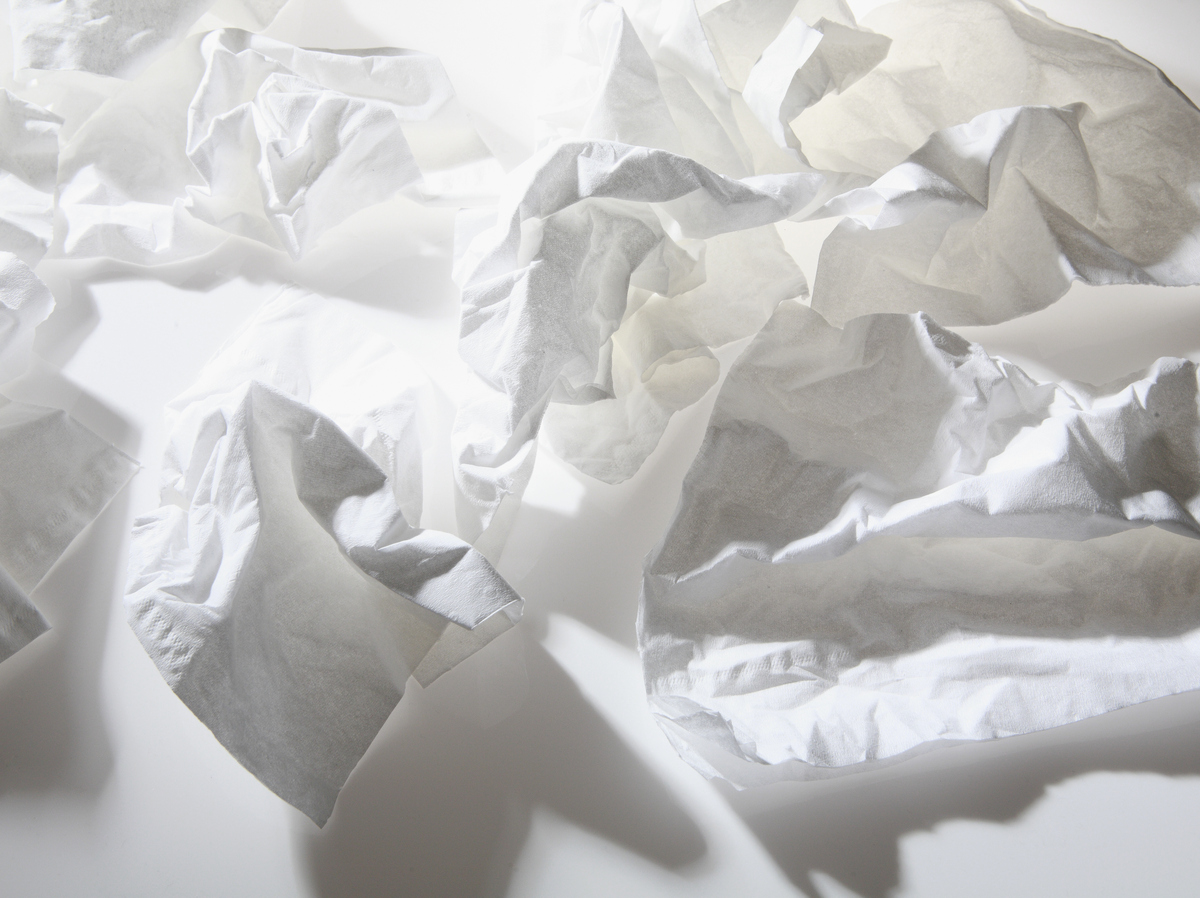 Cry me a river, because I cried a river over you.

Talking about race is hard. It often involves hurt feelings and misunderstandings. And the words and phrases we use can either push those conversations forward or bring them to a standstill. One such term: white tears.

The phrase has been used to gently tease white people who get upset at things they think threaten their white privilege. It's been used to poke fun at white people who think that talking about race makes you a racist. Or that Barack Obama's presidency marked the end of America. Or that it's a crime against humanity when a formerly white character is portrayed, or rumored to be portrayed, by a person of color. (Think Spider-Man. Annie. James Bond. Hermione. The Human Torch. Dorothy.)

Rather than spend time earnestly engaging with people who refuse to believe a fictional character could be someone who isn't white, it's easier (and way more fun) to just roll your eyes, dub their reaction "white tears" and move on.

"Sometimes it feels good just to make fun of racism and of racists," says Damon Young. He's the editor-in-chief of the blog Very Smart Brothas, a columnist at GQ and the author of the upcoming book, What Doesn't Kill You Makes You Blacker.

Young says that when white people use their emotions as a weapon against people of color, it's a form of white supremacy. One way to combat white supremacy is with humor. "Obviously there's a place for anger and outrage and protest and resistance and all those things," he explains. "But I think sometimes humor is a necessary tool, too."

Young knows that when he makes jokes about white people who lose it over Serena Williams winning a tennis match, or who think their college acceptance was stolen by undeserving people of color, the response will be — you guessed it — white tears.

Now he's got a strategy: "I just take a big bucket outside and I use them to make Kool-Aid. ... You've never had a better glass of red Kool-Aid than one that's made with white tears."

The first time I heard the phrase, I was a student at Pomona College. My professor was Valorie Thomas, who teaches English and Africana Studies. Thomas says she's been dealing with the topic in her classes for years.

Part of her job, she explains, is to teach students from different backgrounds to have productive conversations about race. And, like Young, she believes one of the most effective tools for doing that is humor:

"Humor is not a throwaway skill. Humor actually helps us to balance our emotions and to endure. There's certainly a kind of mean humor that's dismissive, and that's dehumanizing even."

Exploring questions of tone, or "to learn about the point behind somebody saying something" like white tears, she adds, can enrich the conversation.

White tears can be a pointed but lighthearted way of asking someone to set aside their defensiveness for a moment and take part in the conversation at hand. "It's basically satire," Thomas says. "So if you understand satire, and the use of satire, you get that when people say, 'Oh, could you stop with the white tears?' or 'Do we have to take time out in order to indulge the white tears?', what's really being said is, 'Could you stop the violence right now that is happening in the conversation?' "

In her classes, Thomas sees a familiar scenario: She will introduce a topic related to racism — maybe income inequality, or the disproportionate way that black children are punished in schools. Then students learning about these issues for the first time take it personally. They respond defensively, with a range of emotions: powerlessness, confusion, guilt.

She says it's normal for students to feel those things. The problem comes when those emotions prevent the lesson from moving forward. When a student starts crying, for example, the conversation comes to a screeching halt.

"I'm not denying that people have pain," she says. "What I'm saying is that you can sit with discomfort. And the discomfort of the conversation is not equivalent to the kinds of violence that are going on in the world, [which] we're responsible for as community members and allies and citizens."

Thomas knows that some people will be offended by the phrase white tears — even though it's meant as satire. To that, she says, "I do want the people who are offended ... to pause for a moment and breathe with it, and see if it's really damaging them and hurting them."

Then, she hopes, those people may begin to hear the term as a critique: "I mean, it can be a stinging critique, but it's an invitation to see other people's humanity."