Based On An Actual Lie: Director Lulu Wang's Sundance Hit

Based On An Actual Lie: Director Lulu Wang's Sundance Hit 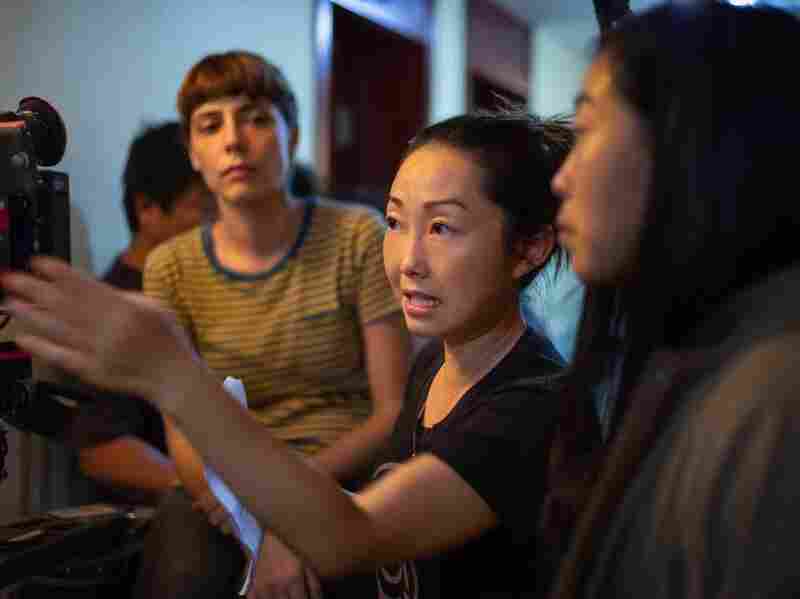 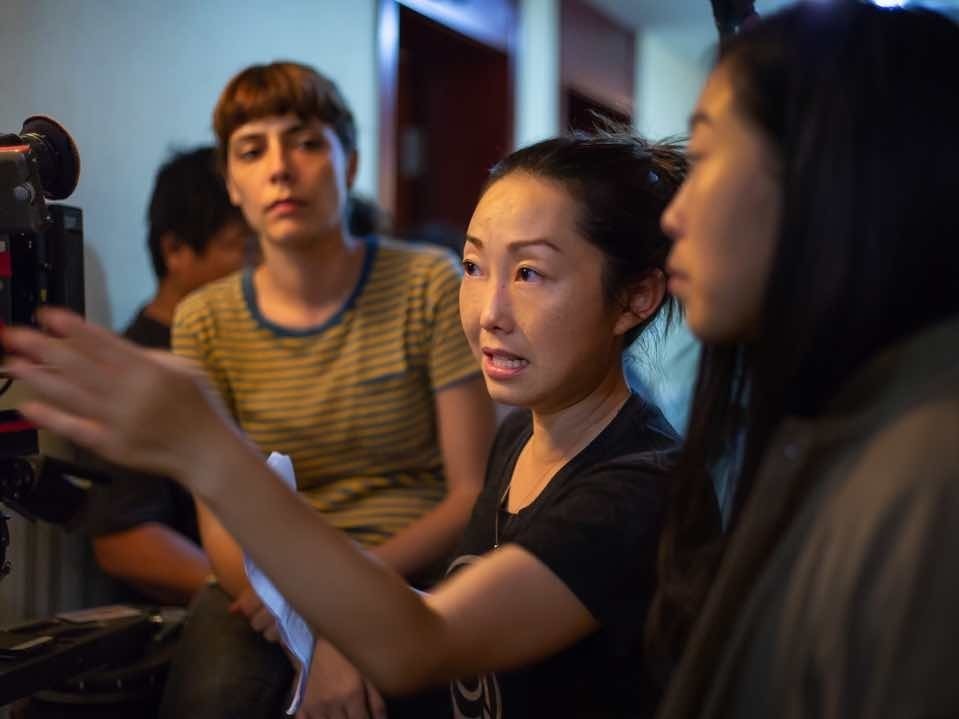 "Based on an actual lie" is the whimsical, accurate opening text of director's Lulu Wang's second film, "The Farewell," which premiered at this year's Sundance Film Festival.

Wang's dramedy, a lightly fictionalized expansion of a 2016 autobiographical episode of This American Life, recounts the elaborate ruse that her extended family enacted to bid farewell to her grandmother. The family wanted to say goodbye without letting the matriarch know she had been diagnosed with stage four lung cancer and had an expected three-month life expectancy.

The family plan? To hold a real-but-accelerated wedding for Wang's cousin in the town in China where her grandmother resides, creating an entirely plausible reason as to why a family spanning three generations and three countries would reunite to spend time with the grandmother, known as Nai Nai.

While the withholding of an inescapable truth may seem absurd to American viewers (as well as Wang herself when her parents first informed her of the scheme), such deception is not implausible in China, the movie posits. In this case, it shows doctors in China circumventing the patient and giving sensitive information to family members, who choose when— and if — to tell the patient. As the audience discovers, it is not just this family that hides a death prognosis from relatives. Wang's own grandmother did the same to her husband. As Wang's fictionalized mom tells her daughter in the film, the Chinese maxim is, "People don't die of cancer — they die of the fear."

For creators, there is always an ethical tension in mining their own personal relationships for stories meant for public consumption. In Wang's case, the circumstances are all the more complex given the added layer of ongoing deception.

Wang's fictional counterpart, Billi, is played by New York rapper-turned-actress Awkwafina in her first dramatic and first lead role — one made all the more challenging because the majority of her lines are in Mandarin Chinese, which required a coach for the lines. Awkwafina, whose full name is Nora Lum, said she was drawn to the role because she is close to her Chinese grandmother, as her own mother died when she was young.

Wang was born in China but emigrated to Miami with her family when she was six-years-old, and the movie reflects her hybrid sensibility. The dialogue is a blend of Mandarin Chinese and English. The cast is drawn from American-born, immigrant and native Chinese actors. Wang directed the cast and crew in both Chinese and English.

We spoke with Wang in Park City, Utah after the premiere.

The interview has been condensed for length and clarity.

Jennifer 8. Lee: Spoiler alert: your grandmother, Nai Nai, is still alive, and now this film has premiered at Sundance. Has your family told her yet?

Lulu Wang: My family has not told Nai Nai about her illness, or what the movie is about. We actually Skyped with her yesterday, and she was so excited to hear there was a packed house and people were receiving the film well. And she immediately said, "When can I watch it?" And so it's an ongoing debate about how we are going to handle the situation.

It's all the more impressive because you filmed in her hometown.

So when I first decided to shoot the film in China, I initially wanted to shoot in a neighboring town instead of where she actually lives, because I thought it would make it easier to hide what the movie was about. But when she heard we were coming to China to shoot, she was so upset to hear of this idea of potentially not shooting in the movie in her hometown. She's like, "You know, if you spend all this time here, I could see you." That seemed like a reasonable argument — maybe one of the bonuses of all of this is we get to spend more time together.

We ended up shooting in her hometown and had to tell everyone in the crew and the cast not to tell her.

On the first day of the shooting, all of the vehicles, all of the production vehicles had the name of our LLC, Nai Nai, and they were also handing T-shirts to the crew that said "Nai Nai." So I had to run around confiscating T-shirts because she's going to come visit set and she's going to definitely going to be like, "Why do all the signs say Nai Nai?" There were a lot of moments like that when we had to keep her away from the main action, so she wouldn't find out.

You pitched this movie many times before it got greenlighted. What were the conversations like?

When I started pitching the story, people are immediately drawn to the concept of it. But I think the marketplace ends up coming into the conversation: "Okay, well, this is an interesting idea, but how are we going to sell this?" And, "Oh great! It's a wedding movie. Well, wedding movies do great. What are some comparisons? My Big Fat Greek Wedding." And then it eventually ends up funneling the story through this format and structure you've seen a million times. And then you start to suddenly go, "wait, wait, wait. That's no longer the story I want to tell. Billi, the main character, she's not the bride. You know, that's the point."

"Yeah, but if she's the bride, there is more conflict. She's got her boyfriend who she doesn't like, but now she's got to marry him."

Then it becomes about this relationship with her boyfriend. You lose the simplicity of it. What I really wanted to do was tell the story of somebody who was a disappointment to herself and felt like a failure, and having to go home and face her dying grandmother with those thoughts — that's what I wanted to explore. I liked the idea of going against the convention by making the bride and groom the backdrop. You know, that is part of the whole conceit. They are supposed to be the main event, but they are somehow someone they are always in the backdrop.

After I did the This American Life episode, after it came out, [movie producer] Chris Weisz actually tweeted at me. I was doing a workout class. I came out and got my phone and it said that Chris Weisz had tweeted and send me a DM and is like, "Hey, I'm trying to reach you, I'm a producer. I want to take you to lunch. Can we talk about this?"

I thought, this is crazy. He did so many incredible movies, including Rogue One. What does Chris Weisz want to do? Of course he had done "About a Boy," he and his brother.

We met for lunch, and he was so supportive of the story and came from such a good place. He's like, "Listen, I want to help you. I want to help protect you to tell the story in the way you want to tell it. Because so many people will come at you, wanting to make this movie into something else. If you work with me. I have the clout in this industry to protect you."

So immediately we discussed working together, and then [movie producer] Peter Saraf emailed out through This American Life and reached out. So we all partnered together and we all discussed the fact was that was most important about this story was I was able to tell the story I wanted to tell in my voice, and they all agreed to that.

Having been born in China but raised in the United States, do you think Chinese and Western cultures treat death differently?

I think we definitely treat death very differently. In China there is a holiday around the death of your ancestors where everyone goes to the cemetery. It's a celebratory thing. It's very colorful.

My grandma, Nai Nai, has had the clothes she wants to be buried prepared since she was like 60. I guess there is an openness to discussing. It's part of life. It's part of the every day. Because of that, there is also I think there is more of an integration with the elder people, the elderly, and younger people and different generations. Whereas in America we are so fearful of mortality, we don't want to talk about it, we don't think about it, and in many ways we treat elderly people as invisible because they are a constant reminder of our own mortality. We put them away and put them in retirement homes so we don't want to deal with that.

It's very different, when you go back to China, you notice the number of elderly people on the streets everywhere.

Many people see parallels to The Wedding Banquet which is now 25 years old and, also at the time, a pretty significant Asian American film. Did you take any inspiration from it?

I love Ang Lee and he's been an inspiration — his work and also just being who he is, and knowing that a film like that existed. It gave me the inspiration to be able to be confident that I can make a film for the American audience and have people hopefully connect to it. I wouldn't say that I drew precise parallels from it but that was a film that I looked at. But I also looked at Edward Yang, I also looked at those films and said what's modern, what's different about this story? Because that was made in the '90s...how do I represent this young woman played by Awkwafina in a modern way? And how do I represent her relationship to China in modern way, because China has also changed in recent years.

With Ang Lee and The Wedding Banquet, it's such an honor to be compared to that because as I was struggling to become a filmmaker, my parents are Chinese immigrants so they were like, "Why are you doing this? Why are you struggling to do this?" and also, "Is there a place for you to do this and to make these films?" and "Will you ever support yourself?"

And I remember that my mother would say to me when I was in my really low moments she would say, "There's Ang Lee and he didn't make his first film until he was in his 30s," and at the time she said, "You're much younger than that so you still have plenty of time, and we will support you."

And that meant so much to me to have my parents' support. I don't think I could have continued to push through with the first feature and the many shorts that I did without their support. Because you fall and you fall and you fall, and my parents are so important to me that if they didn't say that, I might've just said, "No, I think I'm causing them too much pain pursuing what I want to pursue." But because of Ang Lee, my mom could use him as a reference. It gave my whole family the hope that I can one day do the same.