Accessibility links
The Racial Roots Behind The Term 'Nappy' : Code Switch Where does the term "nappy" come from and why does it have such negative connotations? Is it possible to reclaim a word that has been used as a slur for so long? 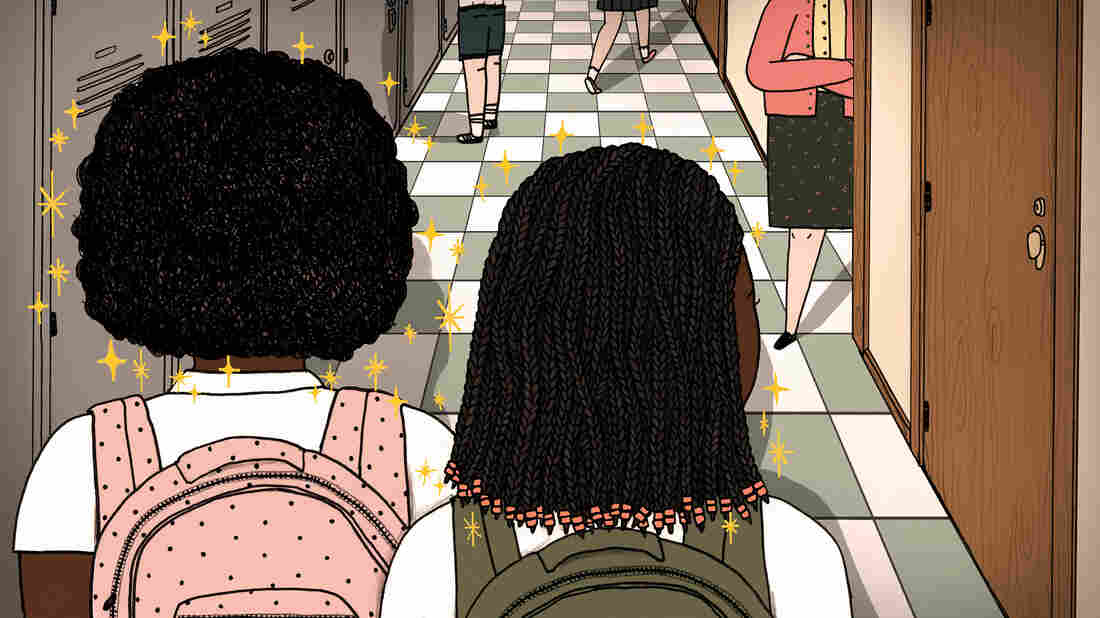 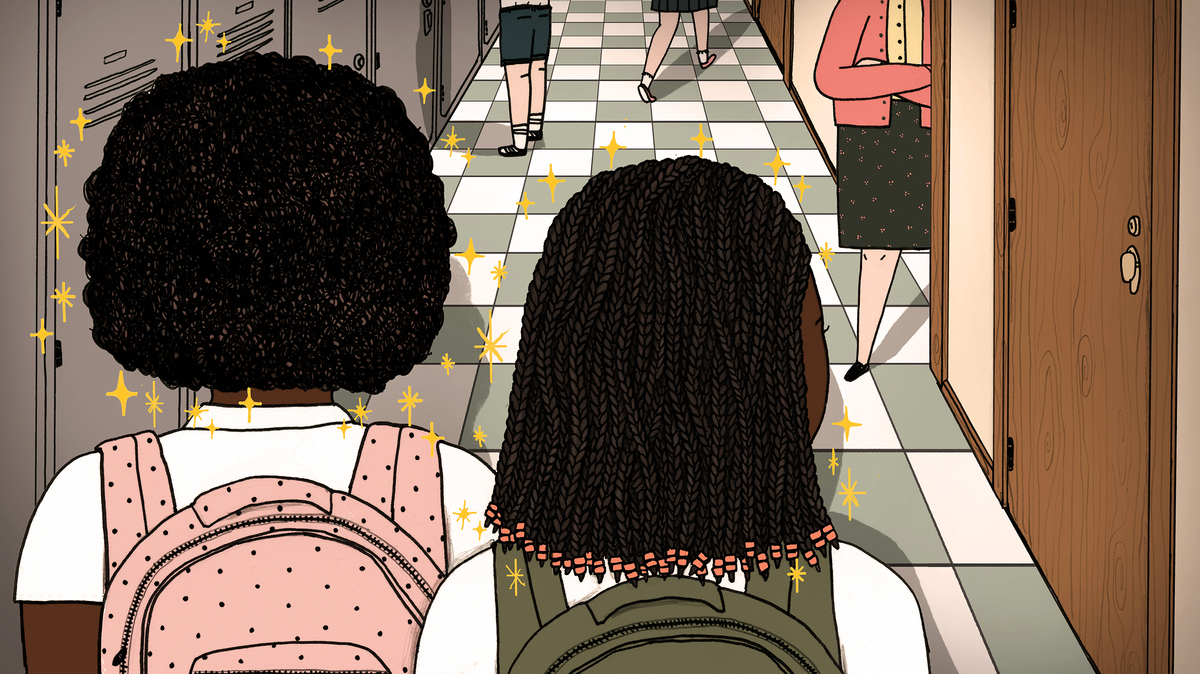 A black man walks into my barber shop on Manhattan's Lower East Side and removes his hat, revealing hair that is thick and tightly coiled. There's usually a hum of hair clippers buzzing through the loud bachata music in the shop, but the moment the man walks through the heavy glass door, a silence seems to befall the place.

"Este muchacho tiene pelo malo," one of the barbers says to the others, shaking his head. But in English, the barber doesn't tell the man his hair is bad (malo).

The translation of English words into other languages often unveils some interesting layers of meaning. The translation the barber chose for nappy was malo; the two terms were synonymously used to describe the hair texture of millions of people of African descent.

So some questions rose in my head: Where does the term nappy come from and why does it have such negative connotations? Is it possible to reclaim a word that has been used as a slur for so long?

Turns out, the origins of the term are complex. Nappy's history is tangled up in the arrival of the first slave ships on the coastlines of the Americas in the 17th century. The likely origin of the term is the word nap, which was used to describe the frizzled threads raising from a piece of fabric. There is a lot of speculation that nap was redefined as a disparaging phrase for the coils and kinks in the hair of the African enslaved, in connection with the fields of cotton that drove the Colonial economy.

(There's also a largely discredited theory out there that the term comes from the British use of nappy to describe a diaper, or someone dirty or unruly.)

Hair texture was one of the many rationalizations of the perceived subhuman status of the African, according to Silvio Torres-Saillant, a professor of humanities at Syracuse University. He says the focus on hair began as Europeans tried to rationalize their dominance and superiority.

"[The argument] was based on the phenotype," said Torres-Saillant. "And that included the skin color, their build, their height, and it especially included their hair."

Those negative associations have endured for centuries. 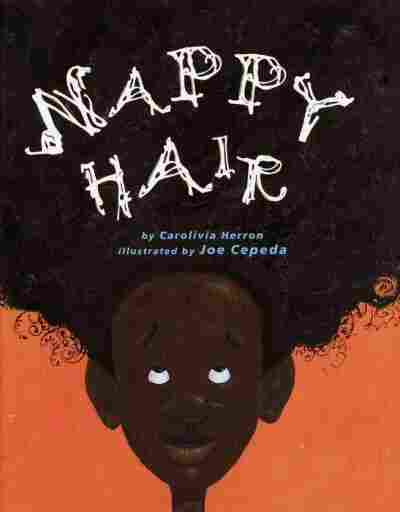 by Carolivia Herron and Joe Cepeda

In 1998, white New York City schoolteacher Ruth Sherman received tremendous backlash after assigning Nappy Hair, a book by Carolivia Herron focused on cultivating positive feelings about nappy hair in young children. One of the parents was not pleased, according to an investigation launched by New York City's Department of Education, because of the belief that the phrase "nappy hair" was a racial slur. The debate resulted in a firestorm of calls to have Sherman fired.

"[Sherman] had what she considered to be viable death threats against her," says Noliwe Rooks, author of Hair Raising: Beauty, Culture and the African American Woman. "All because she was trying to teach little kids, many of which were of African descent, that 'nappy' could be seen as positive."

Rooks said that when she first heard about the controversy, she was sure that it was centered on the misconception that Sherman, a white woman, was being racially insensitive. But Rooks says the parents weren't accusing Sherman of discrimination. Rather, they confronted her for framing nappy hair as a positive.

"You start to hear that [the parents] were like, 'Why would you be trying to tell my child that her nappy hair is a good thing?' " Rooks said. "I found that fascinating."

Nearly a decade later, in 2007, nappy was once again thrown into the national spotlight after radio host Don Imus used the term "nappy-headed hos" in reference to the Rutgers women's basketball team. The backlash was immediate. Calls for Imus to be taken off the air began to flood in.

Days later, Imus appeared as a guest on activist Al Sharpton's show in an attempt to address the criticism. Imus said that he had used the phrase without an understanding that nappy was a racial slur. (Whether he saw "hos" as offensive is another story.)

About a week after the original comment, CBS Radio canceled Imus In The Morning indefinitely, calling Imus' use of the phrase racially damaging.

I wanted to know whether there could ever be more to nappy than the racist rant of a talk show host, so I called up Zine Magubane, who is an associate sociology professor at Boston College. I asked her whether there was a context where the term nappy could be used in a nonoffensive manner.

Her response was blunt: "No."

"Certain social movements have changed the meaning of what any word is supposed to describe," Magubane said. "So 'slut,' [for example] — we have had enough of a female revolution so that the idea that a woman must be chaste is mostly gone."

But she says neither the culture nor the context has undergone a change significant enough for nappy to get the same treatment.

"[Nappy] will only cease to be offensive when the racism in a society that makes certain physical characteristics to be set aside for ridicule goes away," she said. "The context in which the word is deployed does not suggest that a similar reclaiming is on the horizon."

Still, it felt like in some spaces, a reclamation was already taking place. I called up Trisha R. Thomas, author of the book Nappily Ever After, which inspired the Netflix hit of the same name. 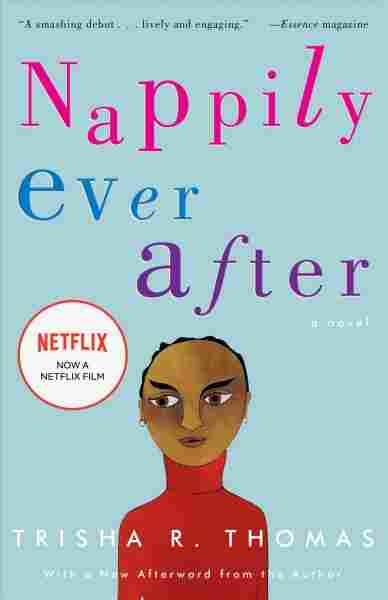 "I wrote Nappily with the goal of putting the term in a new light," Thomas explained. "I can't tell you how many letters and emails I've gotten from people in different countries all around the world about how Nappily's changed their lives."

But she said the feedback wasn't all positive.

"I remember when Nappy Hair came out and the controversy and the anger that was felt, and it was frightening," Thomas said. "I wasn't even going to call my book Nappily Ever After; I had about five other titles ready to go — it was that bad."

But after some thought, Thomas decided to push forward.

"I told my editor that the term was hitting the core of what this story is about: reclaiming who we are and not being afraid," Thomas said. "I knew it may be causing a little stir, but I knew I had to resist the fear and do what I thought was right."

A little stir turned out to be an understatement.

"There was so much resistance, I mean I had someone throw copies of my book at me," Thomas said. "They threw Nappily Ever After, my own book, and told me I had no right to use that word."

Read an excerpt of Nappily Ever After

I asked Thomas: In an age where many groups are proudly reclaiming the terms used to pin them down, did she think that her attempt to reclaim nappy had been successful? Was there any hope for the word moving forward?

"If you would have asked me this when I wrote the book in 2000, I would have told you, 'Yes, there is hope,' " Thomas said. "But I just don't think so anymore. There's a group damaged by the word's hurtful connotation whose pain will never go away. I saw the depths of their hurt, and it was painful to even witness."

"At this point, I've accepted that it's always going to be a triggering word," Thomas said. "Always."

So readers, what do you think? What does the future hold for nappy, and what is your own personal experience, positive or negative, with the term? We want to know. And as always, if you have a racial question of your own, email us at CodeSwitch@npr.org.