Accessibility links
Tomi Adeyemi Interview On YA Fantasy Book 'Children Of Virtue And Vengeance' : Code Switch Tomi Adeyemi's new book, Children of Virtue and Vengeance, is fantasy for young adults. But the issues it's dealing with — racism, oppression and war — are very real. And they're not sugarcoated.

YA Fantasy Where The Oppression Is Real

YA Fantasy Where The Oppression Is Real 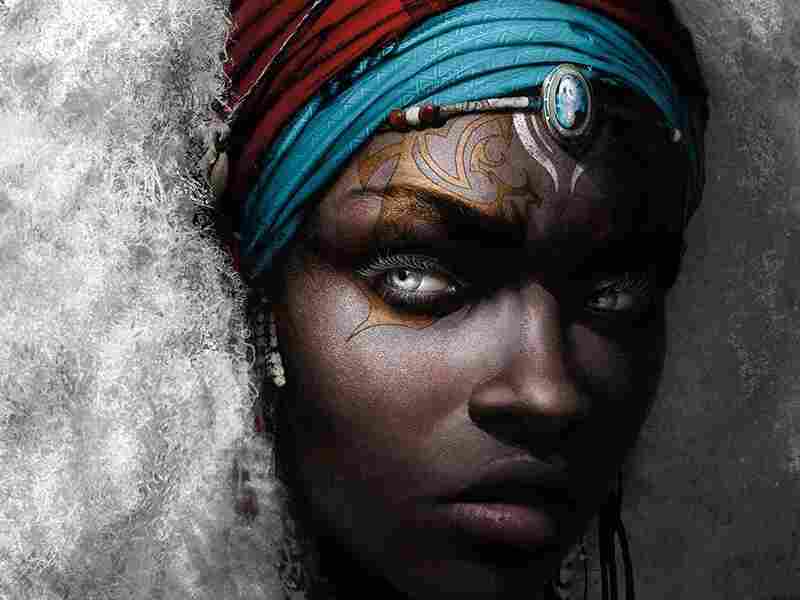 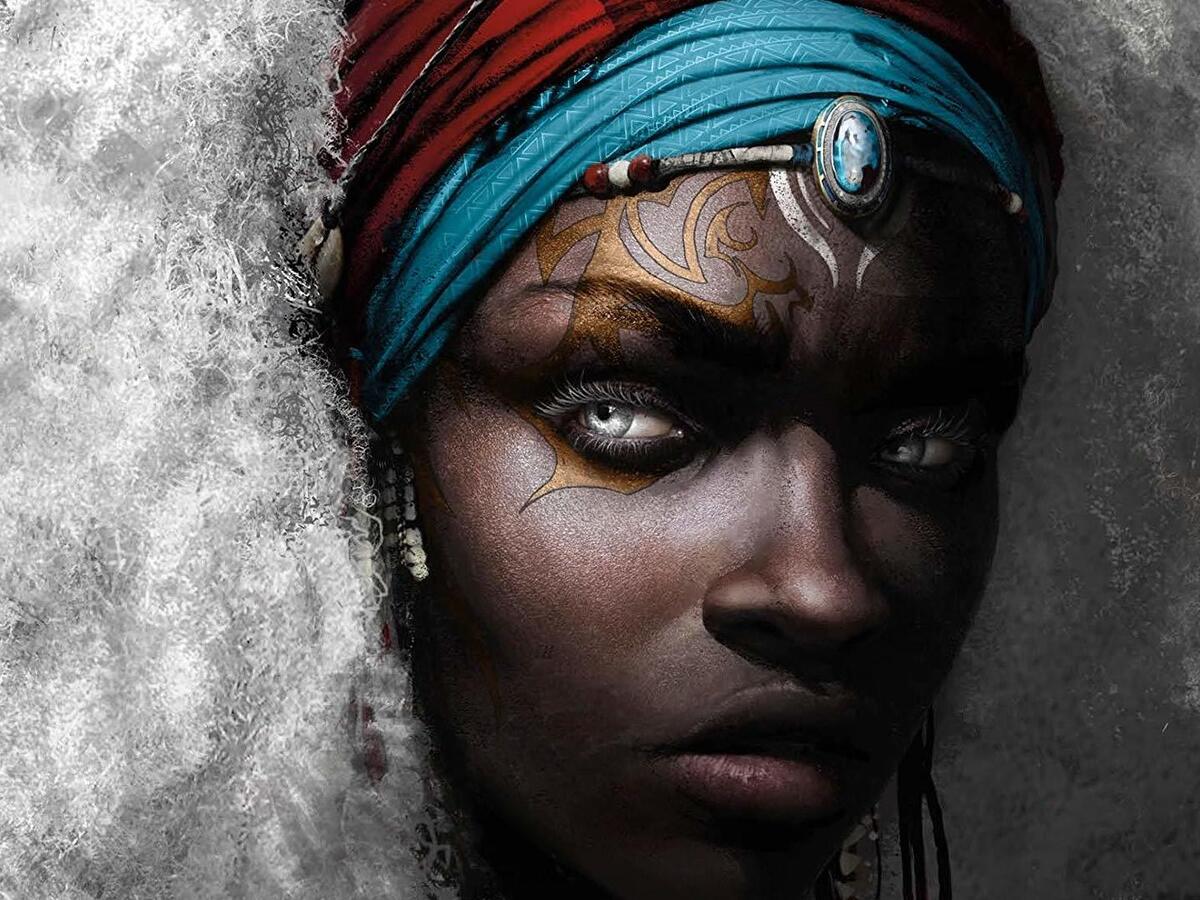 This week, the Code Switch team is sharing conversations with some of our favorite authors about the books we're starting the decade with. First up, editor Leah Donnella talks to Tomi Adeyemi about Children of Virtue and Vengeance, the second volume of her YA fantasy trilogy.

For a young adult book, Children of Virtue and Vengeance is pretty heavy. It's set in a fantastical Nigeria, and is full of betrayal and loneliness, death and disorder. And, unlike the first volume in the series, this one leaves readers with a sense that there might not be a happy ending in sight.

The story follows teenage Zélie and her best friend (well, more like frenemy) Amari as they navigate disaster after disaster. Watching these characters sink deep into endless conflict is, at times, exhausting. They deal with safe havens being destroyed, the death of friends and family, and the realization that loved ones have lied to them. But in the midst of all the doom and gloom, Children of Virtue and Vengeance forces its young readers to confront real questions about the world: What distinguishes people from their enemies? Can friendships overcome race and class differences? Is the outcome of war ever worth the havoc?

I asked Adeyemi why she chose to get so dark in this sequel, and why she trusts her young readers to handle it. Our conversation has been edited and condensed for clarity (and, heads up, it includes a couple of spoilers for book one.)

Zélie and Amari are both teenagers. And they're very much written as teenagers. They are also both poised to be two of the most powerful people in their communities. How did you balance the fact that these are very young people dealing with huge social problems like starvation, structural racism and war?

Now, whether all that education is positive is like a separate discussion. But they're dealing with a lot more and they're exposed to a lot more. So there's no need to filter that out of the stories. If anything, it makes it even more important to deal with these things in sort of a safe setting that they can pick apart and think about and discuss, because they are facing a lot of these things in their real lives.

We're all living in the same world. And we've always been, but we have this desire, I think, to shelter younger people, even though the world as a whole has not sheltered young people. But I think that's been broken or is shattering more and more each year, because it's like, I can't say you're so innocent and you don't know the evils of the world and also have you practice a school shooter drill.

Children of Blood and Bone, the first book in the series, was obviously a very heavy book. But there are also moments of lightness: people falling in love, deep friendships being formed, a great relationship between a sister and brother.

And then Children of Virtue and Vengeance – that was a harder read for me. Friendships are getting ripped apart, and people are having to make unimaginable decisions. I had much more of a sense that this might not have a happy ending. This might not get resolved.

Book two is about war.

My whole thing with these books is like, they have to be real.

Book one was real, or at least I tried to make it as real as possible from a personal struggle, which was, you know, black identity, marginalization and police brutality. Book two is still real, it's just these aren't issues that I've lived through, but these are issues that lots of people are living through throughout the world. Therefore, I don't get to be any more frivolous.

'Children Of Blood And Bone' Is A Feast For Hungry Readers

I would think the average American doesn't feel an actual fear of what would happen during a war because we are not used to seeing war fought in our territory. So we're not used to seeing complete obliteration and devastation of cities in moments. I was reading a lot about firsthand accounts from like, What did the bomb alarm sound like in the UK [during World War II]? And it sounded like death. It sounded terrifying.

What was it like to run to this shelter? What was it like to fight here? What was it like to grow up here? I'm reading a lot of first person accounts and I'm just like, God, this is dark. And it's awful. And there is no happy ending. I was like, wow, the whole thing about war is how many people can I kill? Who can kill the most people the fastest? That's what war is. That's literally the game. And Zélie and Amari have to learn this lesson, but they're also going against people who have already been fighting this war for a long time.

The older I get and the more I learn about the world, the more I'm like, oh, OK. So it's not that we don't know the problems. It's not that we don't have the resources to fix them. It's that we have century-old institutions built on creating these problems, because they benefit from it. And even if you work your whole life, your lifespan isn't long enough for you to amass enough power and wealth to overturn institutions that have been in place for centuries and that have been fortified for centuries.

So much fantasy and sci-fi is based in extremely white spaces, and deals with "race" issues, but in terms of people interacting with another species, or people and aliens. In this story, nearly all the characters are black, and the conflict is between groups of people, not between different species. What made you decide on that framing?

I started writing when I was really young, like six. And in the first story I ever wrote, it was like The Parent Trap fan fiction. So I gave myself a twin. And it was on a horse farm because I really wanted a horse, because I was reading books about these girls on horses. I had no problem seeing myself in a story. I loved myself enough to put myself in there twice.

When I realized I was doing that, I was around 18. That's when I started a personal mission of, OK, I am going to write these stories I like to write, but with black protagonists, because I obviously have some severe self-esteem issues, and I figured them out through writing, so I can try and heal them through writing.

As I continued to write these fantasies, I began to realize like, hmm, all of these fantastical stories are about oppression, but the oppression is as fictional as the dragons. So it's like, oh, what if there was racism and magic? And I'm like, OK, but there is racism.

It's one thing to be erased, but to be like, no, you are literally telling our stories without us. And this is real. Like, we don't have to imagine oppression. This is real. We don't have to imagine what it would be like to be a refugee. There are refugees. Fantasy and sci-fi, they are all stories of oppression, but largely erase the people in our contemporary society that are actively being oppressed. So I'm going to do what fantasy and sci-fi has always done. But this time I'm going to do it from a very personal place. It's not like, oh, what if there was a giant magical lion and oh, what if the governing police force was abusive to a certain part of the population? You know, it's like, no. That's real.

How did it feel to finally start writing yourself and other black characters back into stories?

It was sort of like trying a new exercise for the first time, where it was clunky and it was awkward. But that's because I hadn't done it since I was 6.

I'm 26 now, so I've spent eight years writing stories with people who look like me. But I spent twelve years erasing myself from my imagination. So I'm still kind of playing catch up with my own history.

I'm like, OK, I guess it's kind of like wool. Or maybe it's like clouds, you know, it floated on her shoulders like a bunch of clouds. Or maybe it stood tall like a crown. I always joke with people that my life would be a lot easier if I could say oh, she was Fenty shade 450. Because you want to get all the nuances of brown without using food.